It seems today's world is full of tragic stories about how the environment around us is deteriorating. Planet Earth is getting filled with tons of waste materials from man-made activities. We often tend to ignore what mother earth has bestowed upon us and do not think much about its sustainability. However, green warriors do exist. Green warriors are the people who work for the better utilisation of the scarce resources on the earth.

When social collaborations seem tedious, Priyadarshan's efforts as a green warrior have segregated waste into biofuel upholding the concept of sustainability.

Priyadarshan has worked relentlessly in the field of environment-friendly alternatives to make India a better place to live in. When mother Earth needed the most helping hand, Priyadarshan made up his mind to uphold sustainability and work for the positive impact on the resources we have. 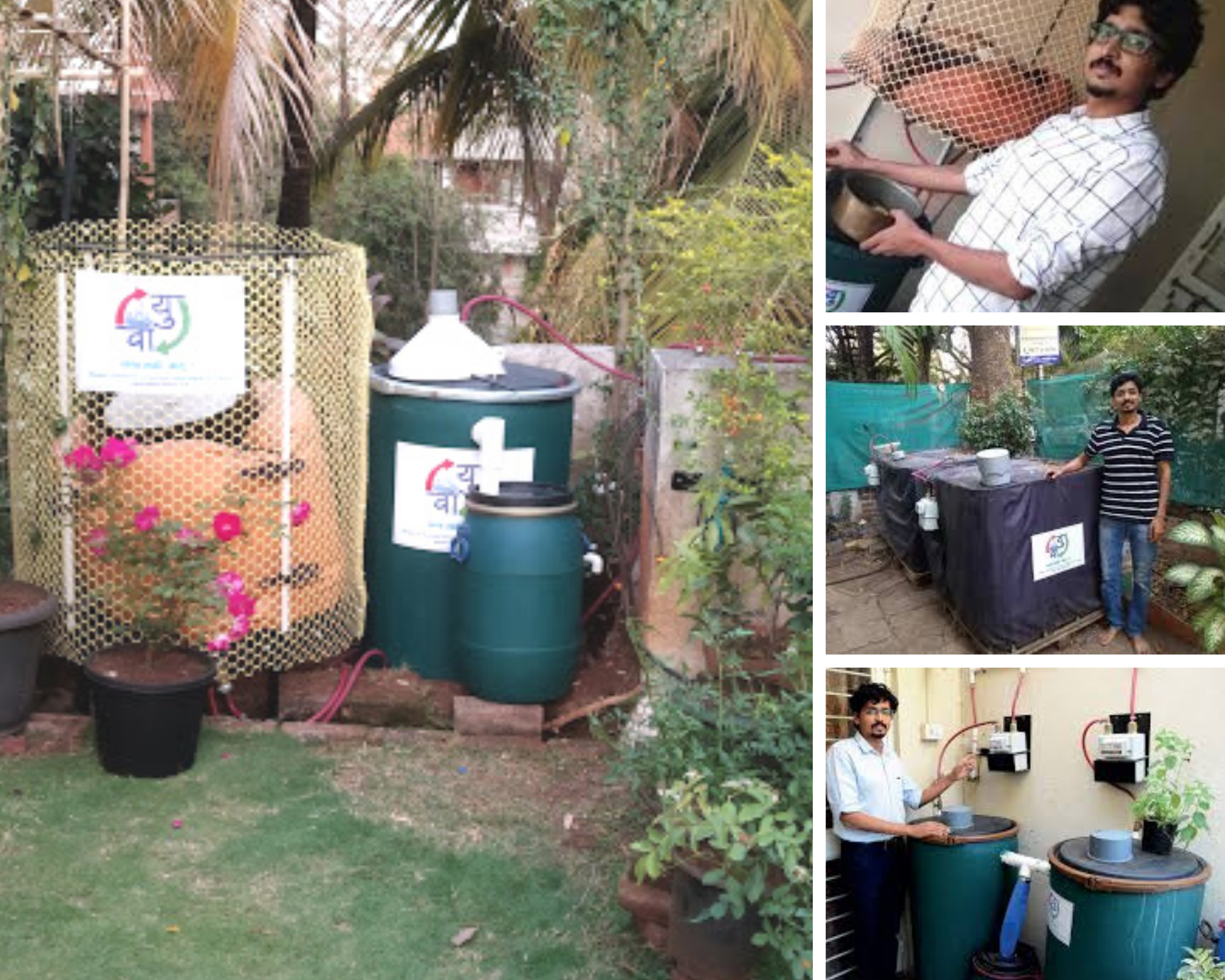 Down the memory lane

Born and Brought up in Pune, Priyadarshan did his engineering from IIT Bombay. His parents are involved in a business of components of an automobile manufacturing company. Although he got a job through campus placement back in college, he decided to opt for the scholarship Scholarship from SEARCH, an organisation working on public health located at Gadchiroli, Maharashtra. Later on he decided to work for better the implementation of NREGA in Maharashtra.

Priyadarshan always celebrated the idea of environmental entrepreneurship. He takes it to be a powerful platform where substantial change can be brought to the environment. During his association with the National Rural Employment Guarantee Act, he got involved in various social activities. During his tenure, he got in touch with a scientist named Dr Anand from whom he got informative insights into the concept of Biogas. He was highly influenced by the alternative of Biogas and made up his mind to do something similar on the lines of Biogas. Eventually, he came up with his concept of Vaayu Mitra and that's how Vaayu Mitra turns into reality.

Vaayu Mitra: A concept of sustainability

Vaayu Mitra stands for friends of Vaayu. It's the set of a community of people who are using Vaayu. The thread which binds the community together is taking a sustainable action of creating energy from waste. Vaayu Mitra(Friends of Vaayu) www.vaayu-mitra.com is the brainchild of Priyadarshan with a core team of three people, Pradeep Devkathe and Sagar Mane, works as a sustainable biogas technology. Fundamentally it is a process where carbohydrates present in the organic waste are converted into methane gas. The gas which gets converted in the process is stored in a balloon and can be taken to the kitchen to light the biogas burner. The cooking experience is exactly the same as that of a regular piped CNG or LPG. It works as a great alternative biofuel solution that can be a solution to our energy problem. There also exists a Vaayu Mitra Community which is an informal concentration of the like-minded people driven by the passion of love for nature. Members from different walks of life can participate and bring innovative changes towards contributing towards a greener earth.

Vaayu is a biogas machine that can be installed in your house, garden, or terrace. The apparatus used is fuelled by the kitchen waste which gets broken down by a bacterial action called Anaerobic Bacterial Digestion. In this process the carbohydrate stored in the organic waste is converted to methane gas. The gas is then stored in a balloon which is directly connected to the biogas burner. 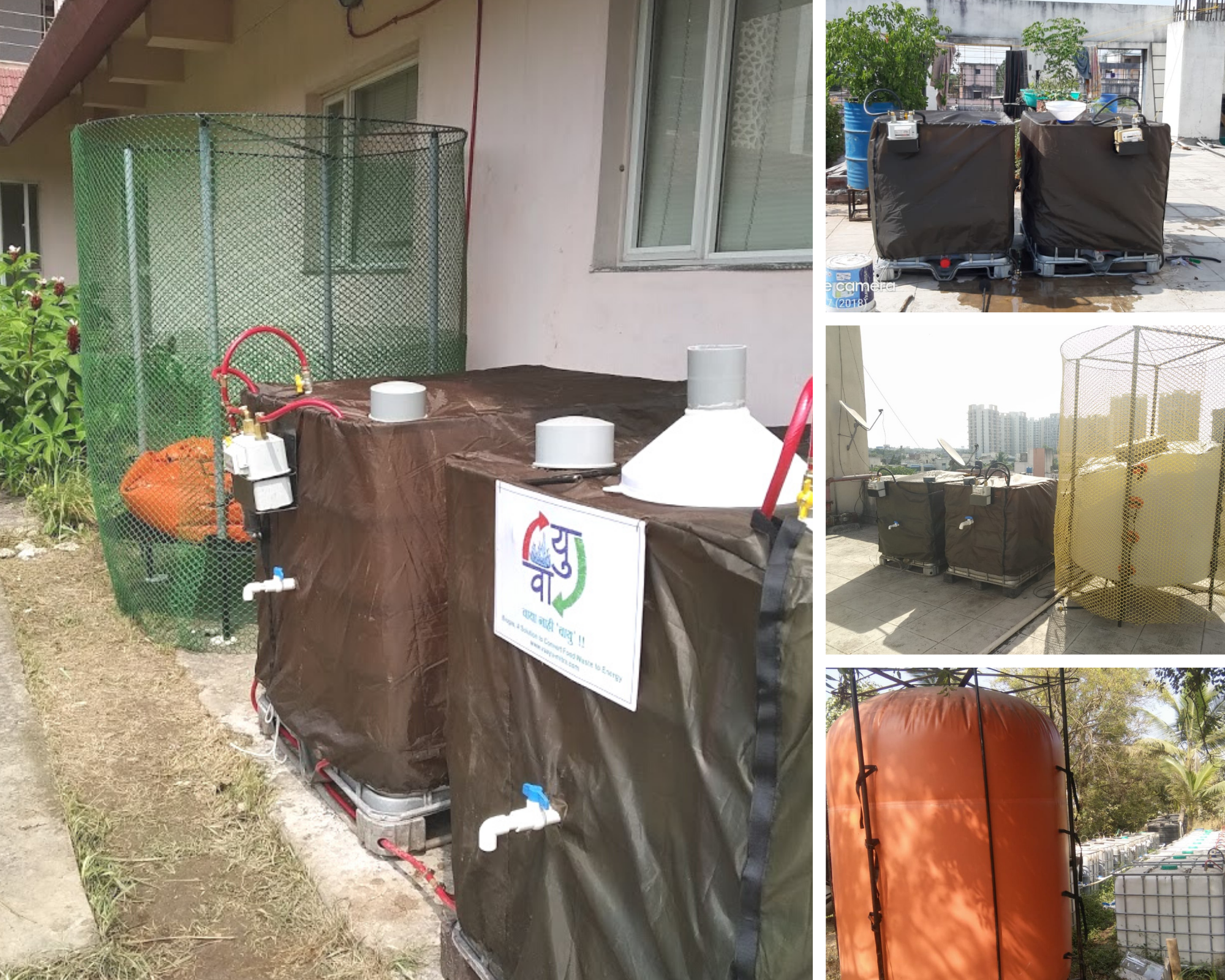 Taking the concept to masses

Just having technological expertise is not enough to solve social problems. Convincing people is equally challenging. Priyadarshan embarked upon this by managing his own waste initially. Sharing this with members of his own building so that the entire waste management of the building happened was the next challenging step. With regular dialogue, the society agreed upon setting up a bigger system on the terrace for managing waste. Kitchen waste of the entire building of 21 hours is now managed on the terrace. With this energy, 2 families can completely eliminate their LPG/Piped gas usage. Team Vaayu Mitra is also working with Swaccha which is a network of people involved in collecting waste on the roads. The primary motive is to change their role from waste pickers to energy providers. This move can significantly improve their livelihood in the long run.

What's next for Priyadarshan?

About 10% of the cooking energy can be substituted by making energy from waste. The next challenge is to substitute all cooking energy to renewable. End-use efficiency, changing cooking habits, and growing biomass locally are 3 main approaches Priyadarshan will work upon. This is where water comes in the picture. Water is a crucial element for growing biomass energy. Owing to the urban lifestyle, people tend to release water to the drains. This water can be diverted to grow biomass for food and energy can help in reducing the dependency on fossil fuels. Priyadarshan wishes to work on water as his next exhaustive programme. He believes not a single drop of water should go wasted and can be used for essential needs. He also runs a cafe called "Cafe Climate," the one of its kind which does not use LPG for cooking and is based on Biogas and solar energy. He has also registered a new company called Chakraakaar Lifestyle Solutions in which he is aiming to build solutions which will enable the common person to make choices of living sustainably. He believes Life processes are cyclical or Chakraakaar. We need to repair the broken Life Cycles and make them chakraakaar again. Now when he looks back on his life, he feels content and satisfied by investing his time towards the greater good of society. The story of Priyadarshan lets us introspect upon different alternatives which are environment friendly in nature. What we can learn from the story is that when you have the requisite amount of knowledge you can surely work and utilise it to create a world which is sustainable for future generations. 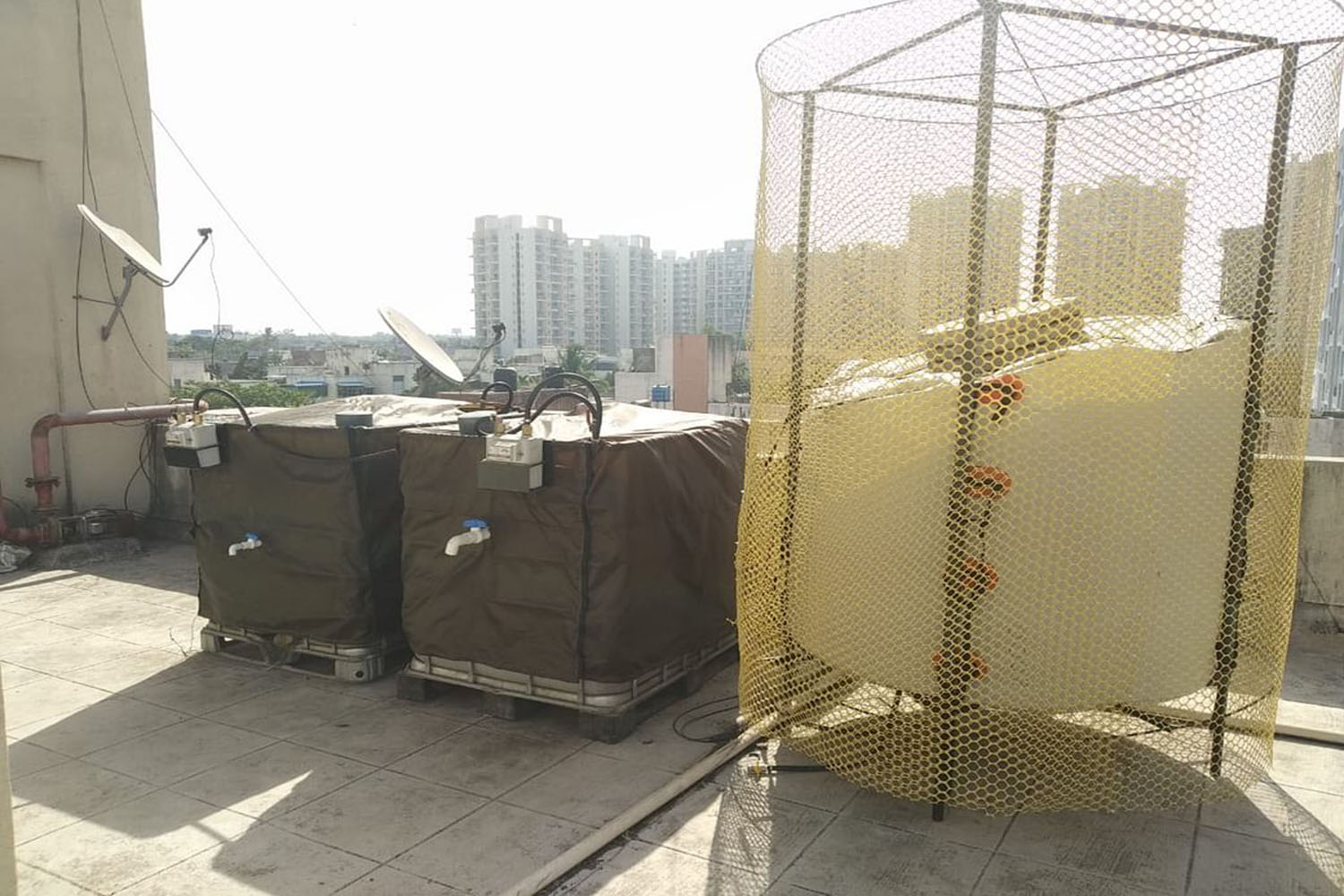 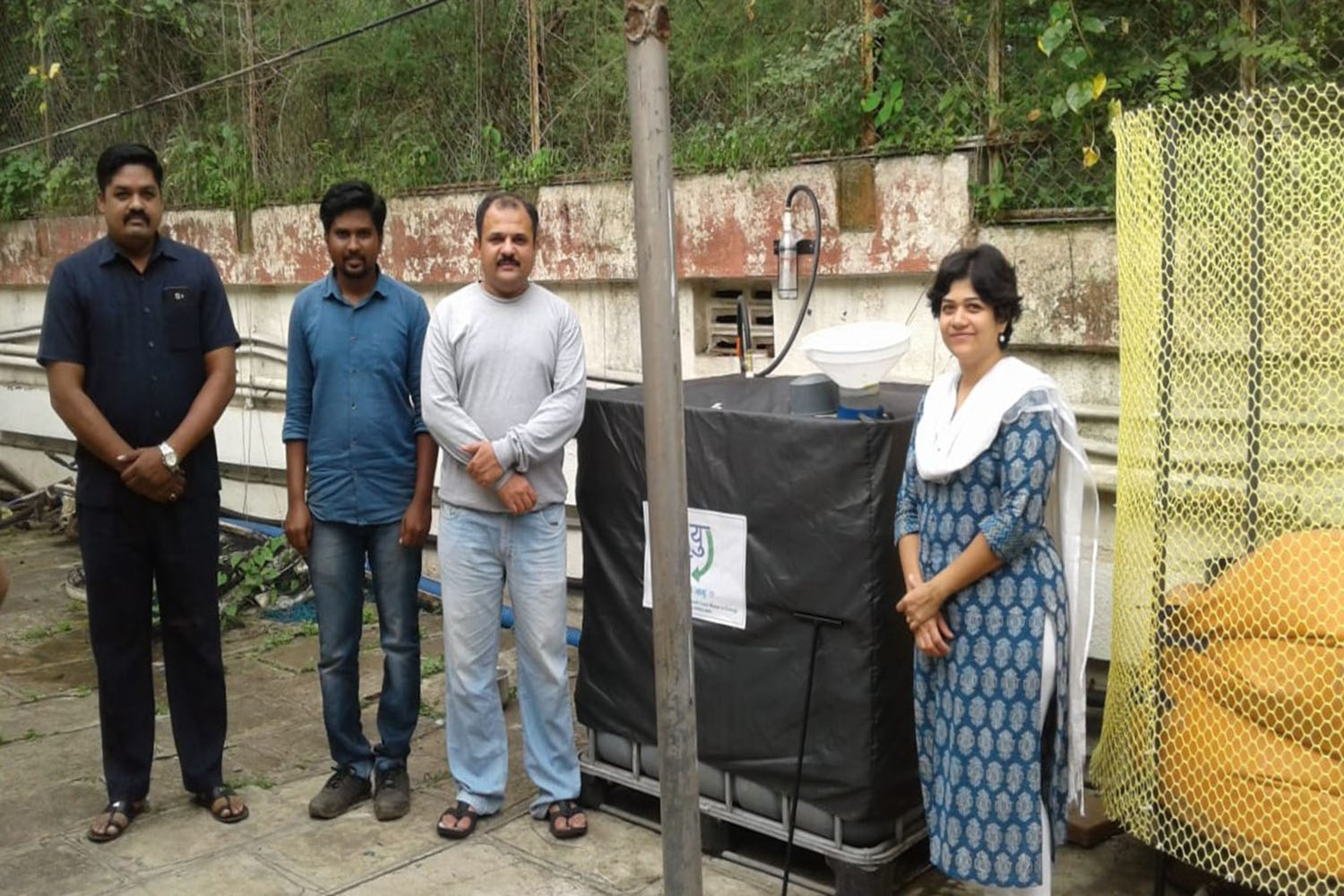 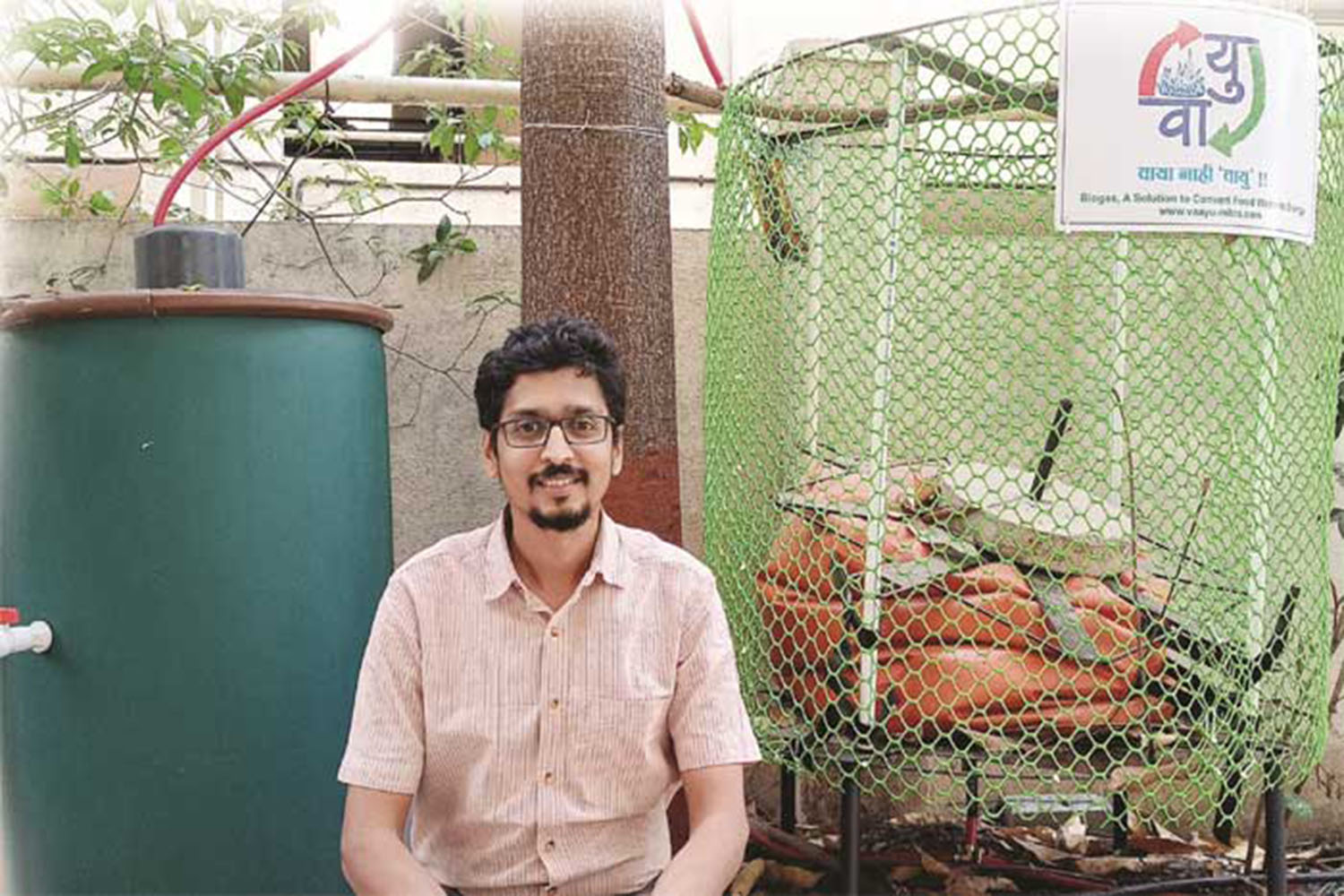 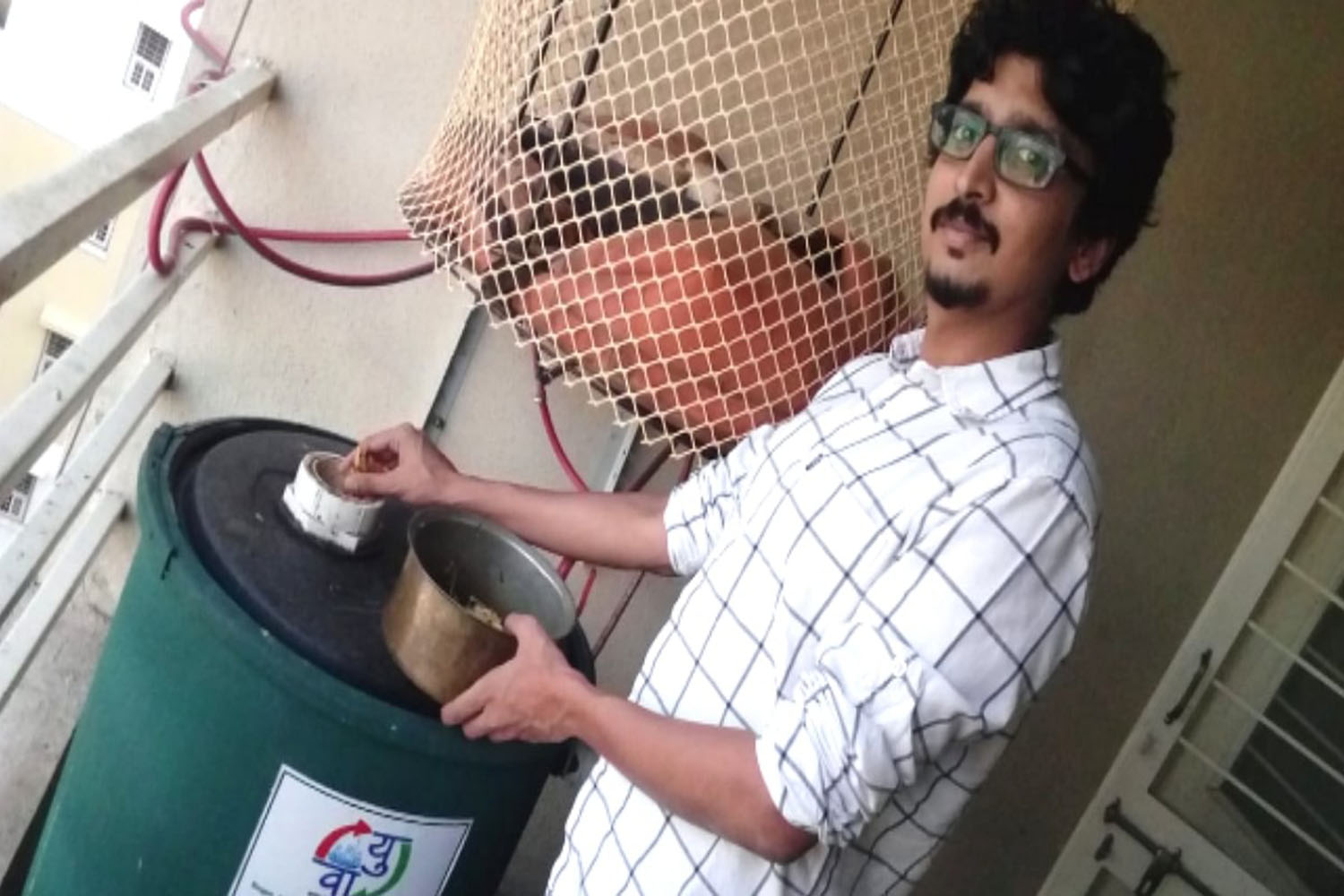