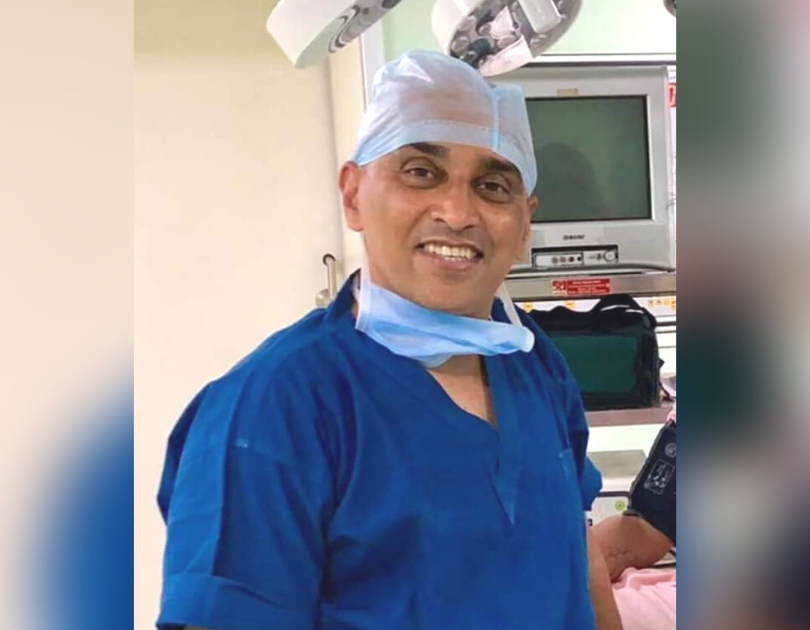 Abhijeet was born in Kolhapur to a simple and middle-class family. His father was a teacher in a Government school, and his entire family was actively involved in various social service initiatives. In some years, his father was transferred to Shujalpur in Madhya Pradesh. Abhijeet and his entire family migrated to Shujalpur. After migration, he was admitted to a local school in the city. In the initial period, Abhijeet found it difficult to manage the environment there because in Kolhapur, he was admitted to a renowned school. He had made up his mind to study in a big and renowned school like his previous one. Gradually he understood that moving to a better school will imbalance the financial base of his family. Instead of being disappointed, he took up the challenge at a tender age and focused completely on his studies.

Making the most in life with ‘I Can. I Will.’ attitude

Abhijeet was not at all impressed with the lack of medical facilities in the villages around Shujalpur. And hence, even before he passed higher secondary, he had decided on becoming a doctor. He was inspired by the doctors in his city and adamantly decided to serve society with a similar profession. Given his adamant approach and preparation, he cleared the PMT with a fascinating score. Admission to an MBBS college was a dream come true for Abhijeet. He had realized that hard work was the key to success and schools were just a medium to impart education. He was looking forward to continuing the same efforts, even in his upcoming journey. In the first year of MBBS, he studied at the Gwalior Medical College and then got transferred to Bhopal. He completed his MBBS from Bhopal in 1992 and aimed at pursuing MS. After a short while of becoming a doctor, he got married. In the midst of practicing as a doctor and managing a personal life after marriage, he was preparing for his MS entrance exam. To everyone’s surprise, the norms for MS entrance exams changed, and there was hardly a month left for the exam. Abhijeet did not lose hope but worked hard and successfully cleared the exam. During his post-graduation, he decided to specialize in binocular-based laparoscopic surgery. He managed to catch-up with Dr. VN Shrikhande, who is a Mumbai-based renowned surgeon. He learned everything about laparoscopic surgery from Dr. Shrikhande and then returned to Bhopal. 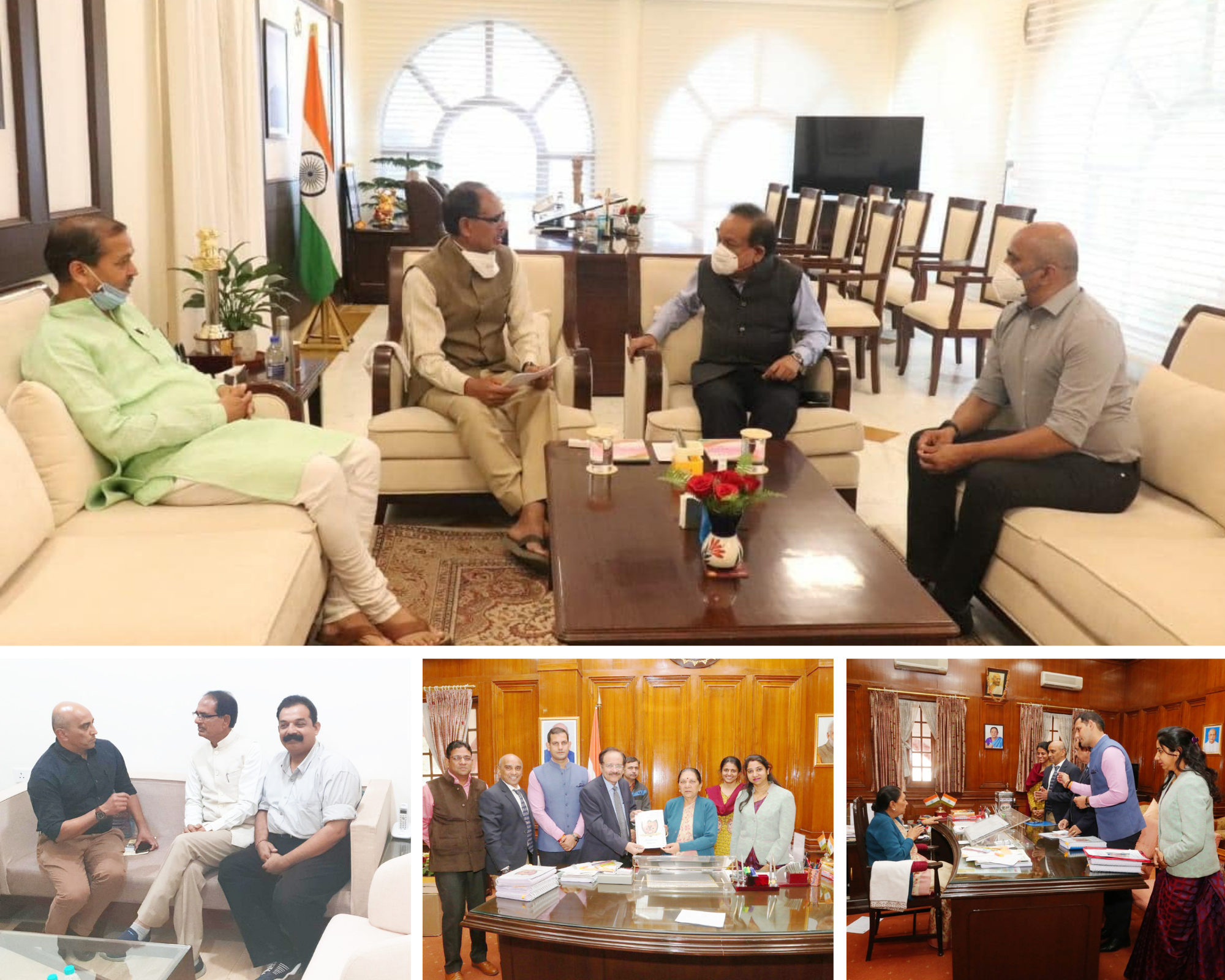 A gist of maintaining perfect equilibrium with life, profession, and family

Laparoscopy Surgery was a new concept in Bhopal and its surrounding cities. Therefore, he toiled hard for nearly four years and secured the necessary capital, machinery, and other resources from loans. He started the treatment in small hospitals in the city where thousands of poor patients were the beneficiary of this advanced laparoscopic-based surgery. By now, Dr. Abhijeet Deshmukh was a well-known name in the field of laparoscopic surgery. In the city of Ashta, Dr. Abhijeet operated on an old lady to normalize her medical condition. After she was recovered and discharged, she came to the hospital with her entire family of fifteen members, including her grandchildren. She blessed Dr. Abhijeet, and as a gesture of gratitude, awarded her with ten notes of ten rupees as Barkat-Idi (Blessings). Dr. Abhijeet has preserved those notes even today and considers it as his biggest award. The best learning from Dr. Abhijeet’s life is that he never let his medical practice, or personal life, dominate each other. He fiercely managed time so that he could always spend quality time with his family, and his patients remained fully satisfied. In addition to this, he never failed in updating himself with innovations, inventions, and discoveries in the medical world across the globe. He never missed workshops, seminars, and similar programs that helped him grow in his profession. He believes that the inevitable challenge in his profession is to keep one at the forefront and maintain the credit. But at the same time, avoid all kinds of pressure that lead to an identity crisis. In his long tenure of serving society, he has faced and tackled a financial crisis but never allowed it to become an obstacle.

Being a doctor is more about serving and less about earning

Dr. Abhijeet Deshmukh is today one of the most looked at personalities in the medical field. But he has always held his ground realities and kept himself one with the society. He has never missed any possible occasion of offering medical services through camps and other means. In fact, he himself organized camps that were named after his parents and treated patients. He believes that instead of organizing camps in the memory of the parents, why not serve the people in their presence and make them proud. He himself travels to the villages and enlightens individuals with health care tips. Before the COVID-19 pandemic hit India, he managed a health checkup of at least ten thousand people and operated on at least 650 patients in Bhopal in his quest of servicing society. Dr. Deshmukh is making dedicated efforts for the healthcare of women and children in rural and urban areas. One of his initiatives includes nutrition checkup for college going girl students to reduce the maternal and infant mortality rate of the state. He has jointly organized an awareness program with government agencies. Such programs are aimed at tackling various physical problems occurring due to deficiency of nutrition when they become mothers. He has also carried out health awareness programs with school children through animated films that convey the right message. Lastly, he is also dynamically promoting the importance of a healthy environment and cleanliness. When it comes to measuring how successful you are in life, Dr. Deshmukh recommends asking oneself these three questions. 1.) How many goals in your life have you fulfilled? 2.) How is your family living their life with your contribution? 3. How much and in what manners are you serving society? The answer to these questions will help you in realizing where you are and what must be done to make life better and successful. Dr. Deshmukh credits his family and especially parents, for their far-sightedness, thinking, and values. Despite being one of the best laparoscopic surgeons in the country, he credits his achievements to Dr. VN Srikhande, who taught and guided him from time to time. 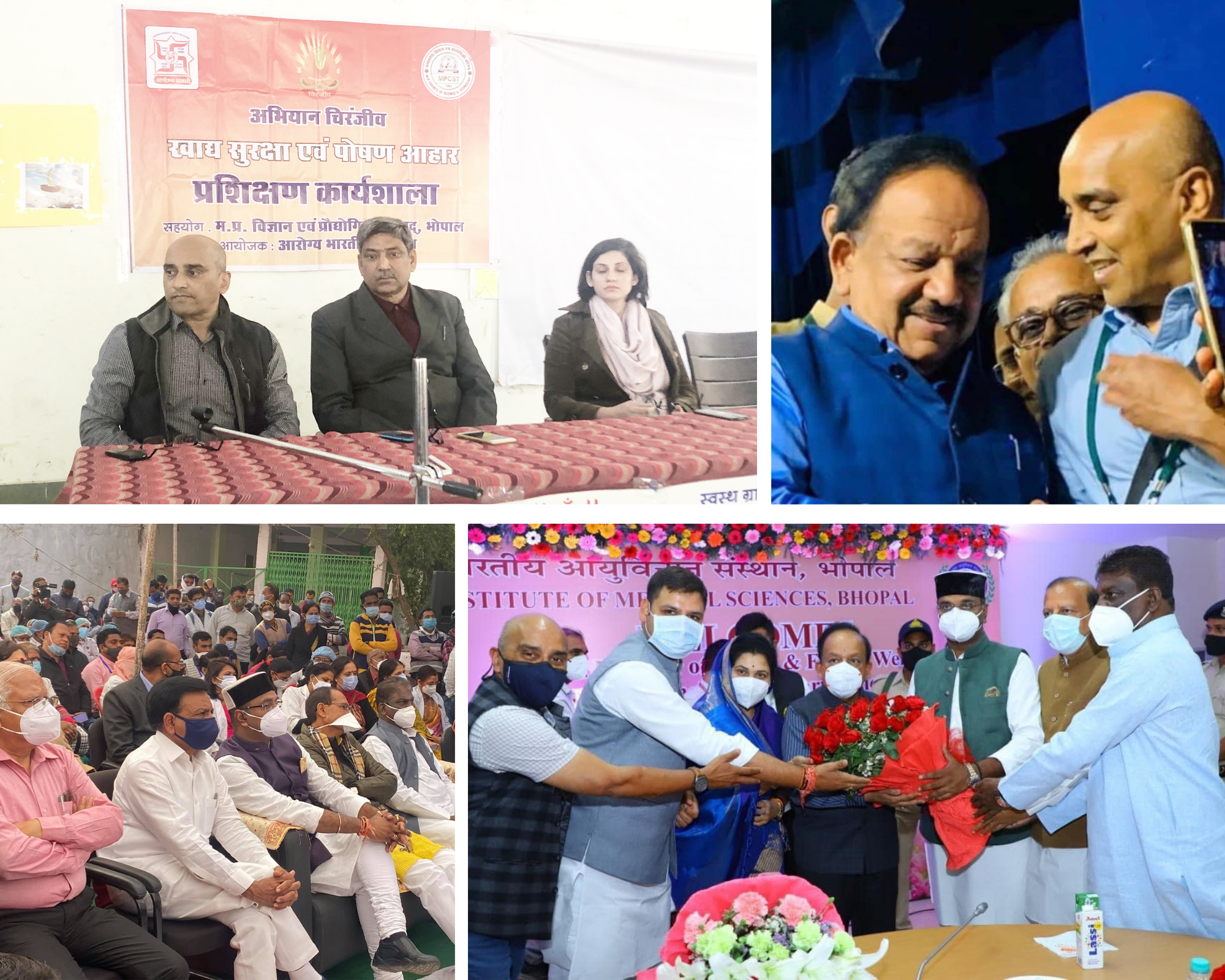 Words of wisdom for all the aspiring doctors

If you intend to become a doctor, then be honest to yourself and work hard. Difficulties are bound to come in various forms but do not give up and always remain confident. Be patient and focus on your purpose. The key to being satisfied when you achieve success is to remain humble.

“Confidence, perseverance, and hard work is the key to tackle all problems in life” 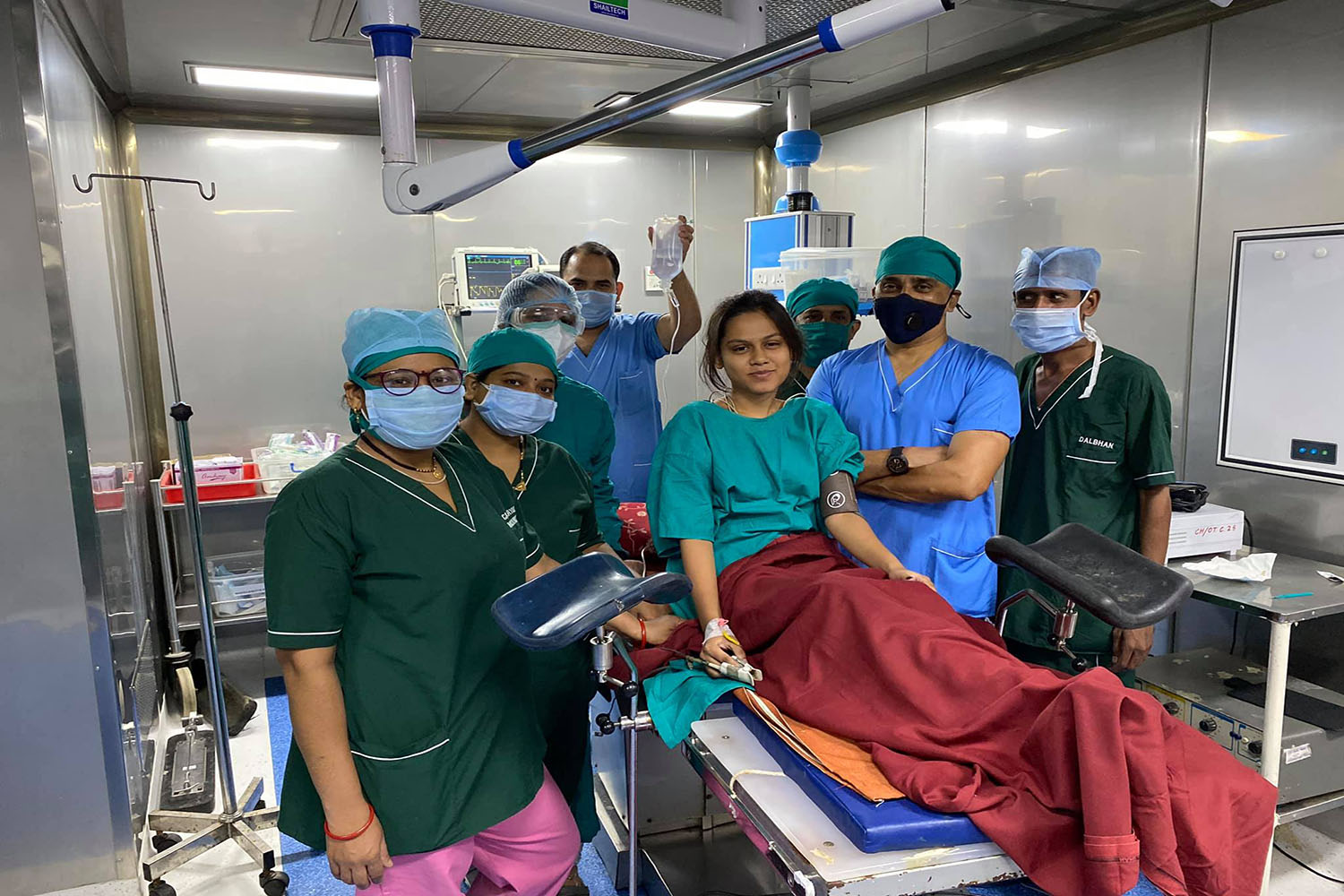 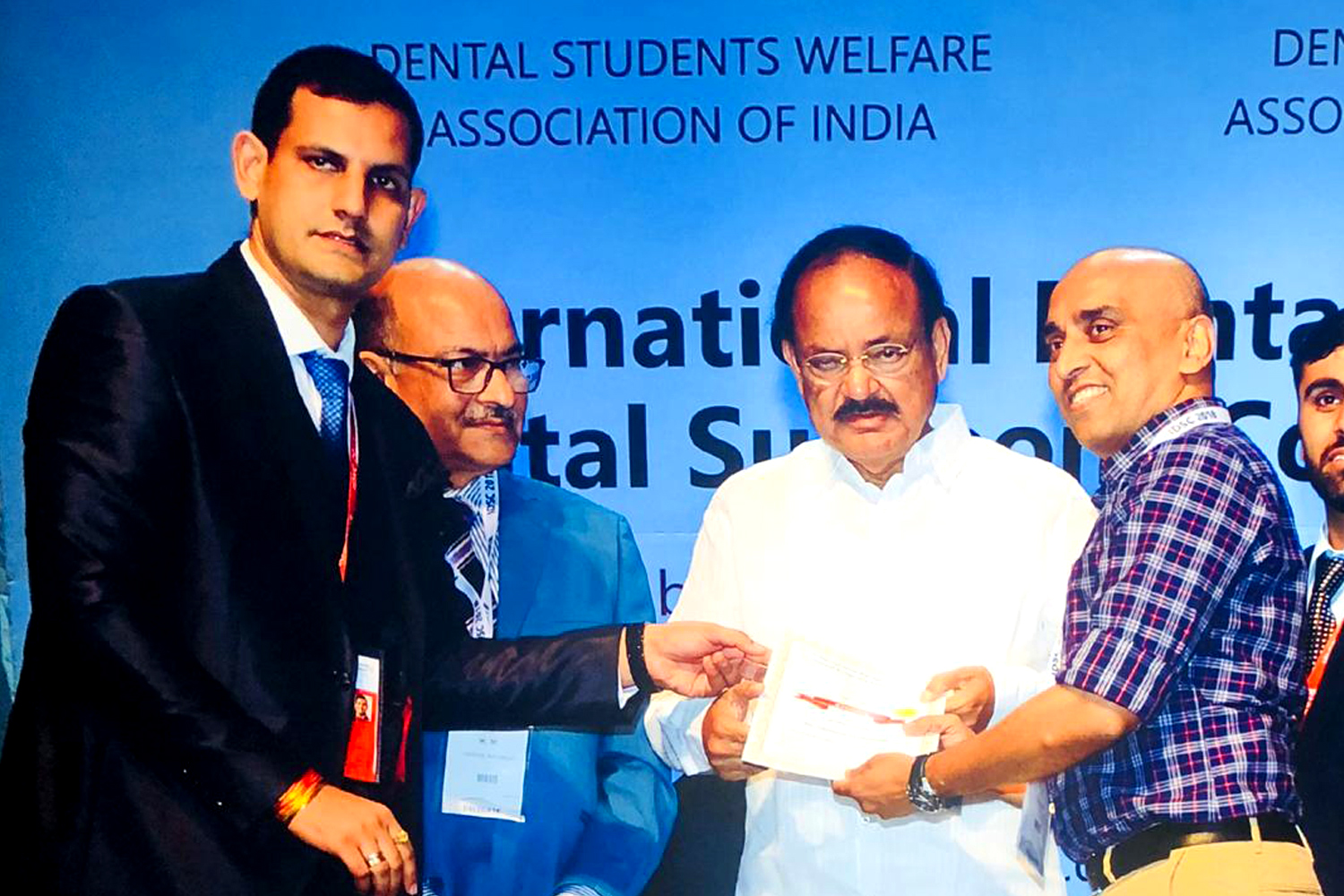 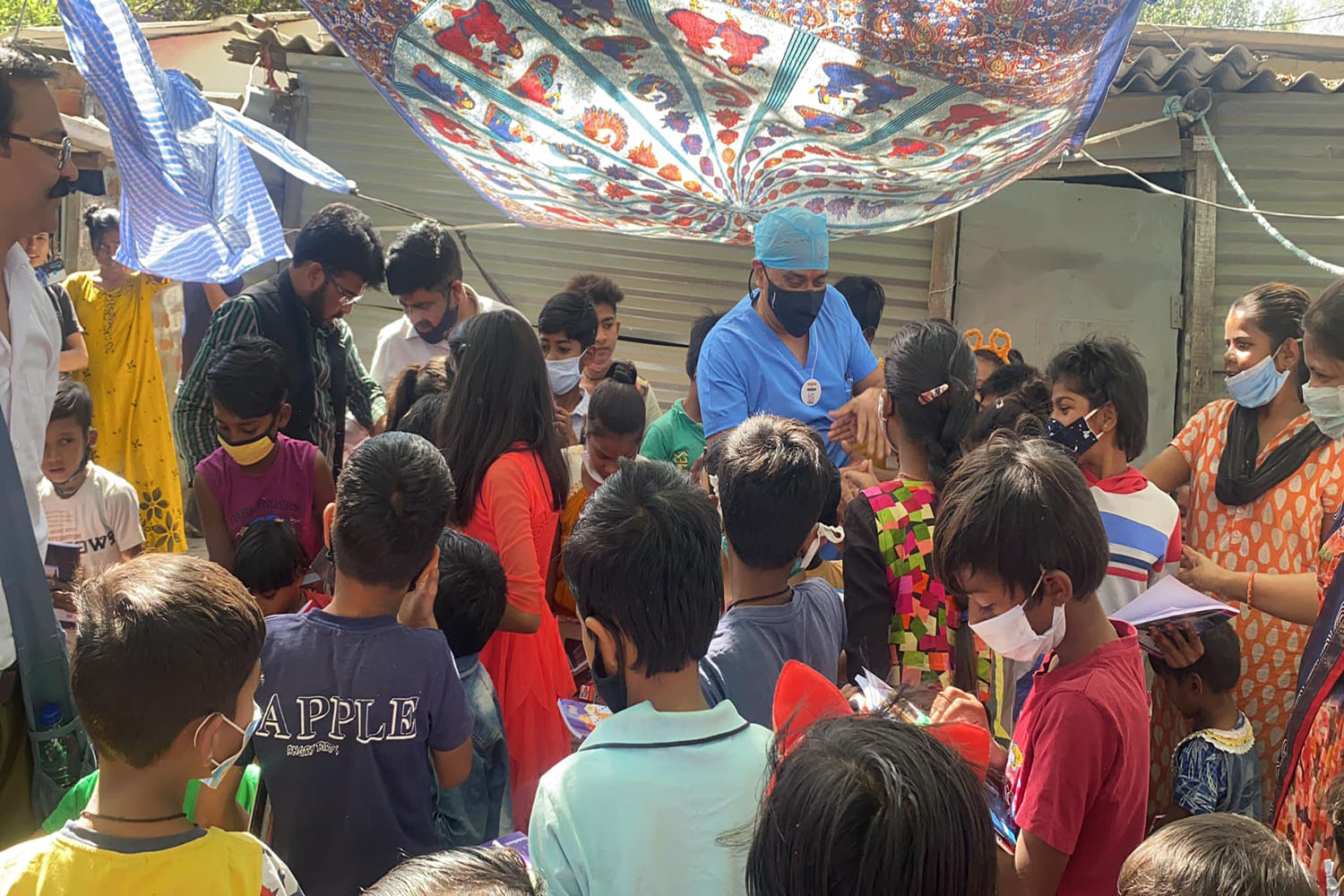 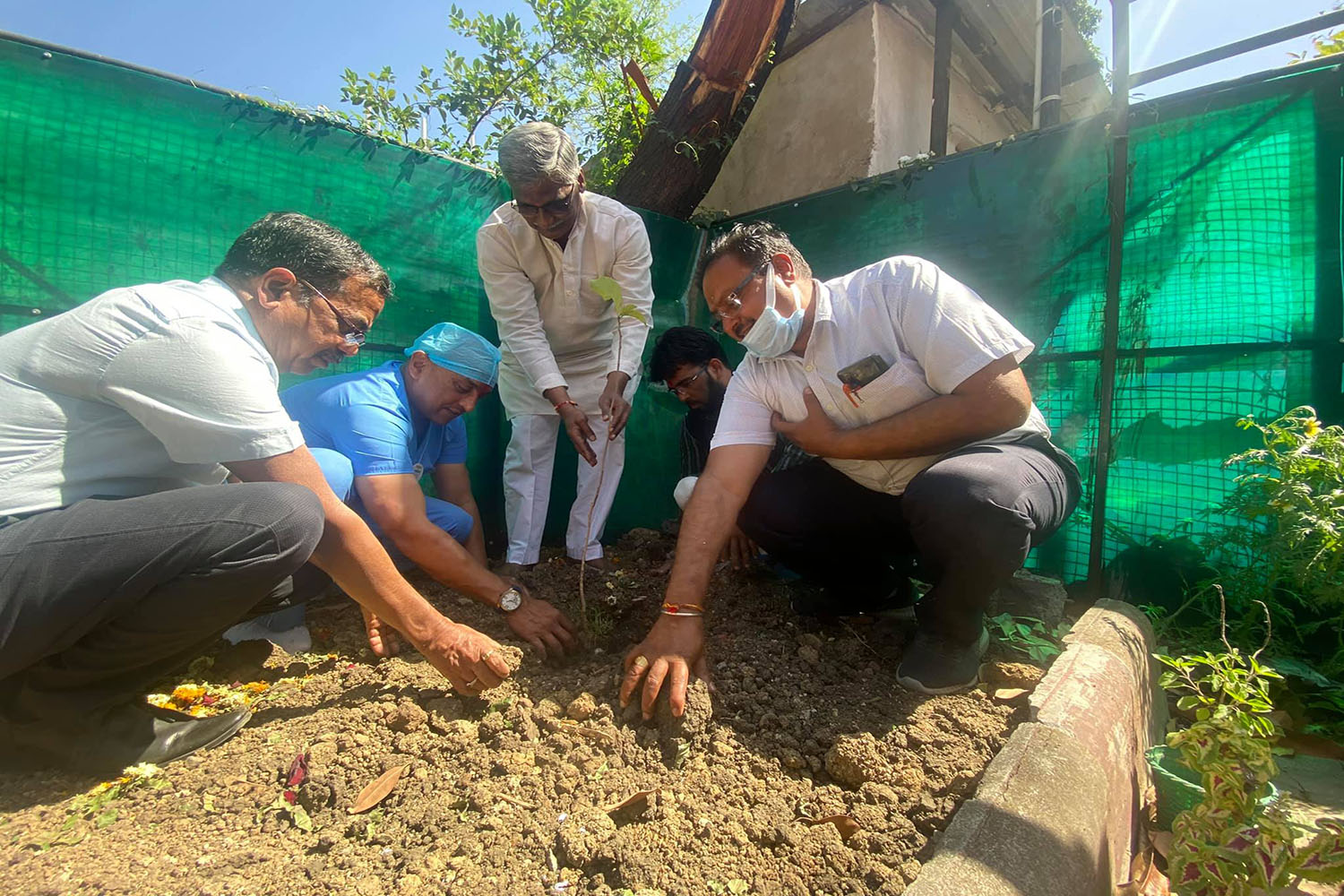