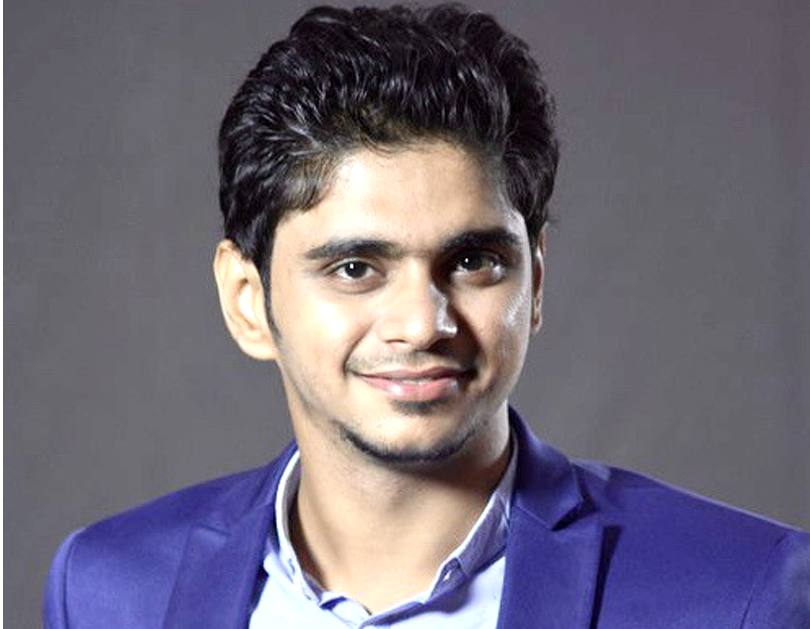 Abhishek was born and brought up in Mumbai. In commerce, the highest and prime degree is of a Chartered Accountant. The responsibilities and powers that a CA has are of esteem value, and Abhishek had realized it at an early age. He has more than one practicing Chartered Accountants in his family. He got inspired by them and decided to be one by conquering all the hurdles. He credits his Uncle, the first CA in his family, as his mentor. The goal for him was to achieve the degree as soon as possible. He drafted a timetable, gave up his love for BBM (which was a crazy trend a decade back), and studied sincerely. Even today, he remembers that before appearing for the level 3 exam of CA, he studied for 24 hours at a stretch. Today, he is a professional Chartered Accountant in practice. He is a Company Secretary and also holds a postgraduate degree in Financial Management.

Being a CA is relying on one’s own self

Abhishek considered the study material from ICAI an important source of learning. He referred to other authors for preparing different subjects. But the most important factor in learning for any CA aspirant is hard work. You will be trained for ten months, but the last four months of self-preparation makes all the difference. Abhishek drafted and highly depended on his self-notes. His exams were in a slot of sixteen days where there is a one day gap in between every eight subjects. So in the last 24 hours, it is practically impossible to go through a 1500 page reference book and revise everything. So when one has self-notes prepared from the initial stage itself, then it will help terrifically in revising during the final moments.

The in-depth journey across the three levels

Anyone who aspires to become a Chartered Accountant needs to clear three levels. The first level is the CPT i.e. Common Proficiency Test [Now CA Foundation]. Usually, in all parts of the country, standard 12th comprises board exams. Abhishek appeared for his CPT exam in 2008 with an MCQ pattern of 200 marks paper and needed at least 50% marks. So he prepared and swiftly cleared his level 1. Abhishek then proceeded towards his article-ship, which is a two-year training. It is the same as a job, but one does not get paid for it and instead receives an apprentice. He completed his college in the morning, went to the office immediately after that, and then in the evening coached students. Therefore, every CA student is on the go for at least 15-18 hours a day during this phase, and so did Abhishek. He successfully completed the article-ship, which made him eligible for the level two exam. He could now appear for PCC i.e. Professional Competence Course. Today, this course is known as CA INTER. In the present time, the article-ship is also reduced to one year, while when Abhishek was preparing it was mandatory for two years. In 2010, he successfully cleared his PCC and started the last phase of his training for the level 3 exam. In that time, ICAI came up with a provision that one can appear for the exam six months prior. This means that the actual timeline for Abhishek’s attempt was 2008-2010-2012. This is how he would become a CA if he cleared all the exams on the first attempt. Now he saw a golden opportunity here. He took up the challenge and decided to appear in Nov 2011 as per the new provision. If he failed, his actual attempt was waiting for him in 2012 so there was no risk. Despite criticism from hundreds of people, he cleared level 3 in Nov 2011 and became a CA. This boosted his morale and confidence.

Mock Tests are the key to phenomenal performance in the finals

The ICAI offers study material, and additionally, mock papers and revision test papers (RTP) which are essential in exam preparations. For every attempt, ICAI drafts RTPs and mock papers, which is beneficial to the students for practice purposes. Abhishek downloaded the actual papers along with its suggested answers from 2008 onwards. He solved all of them before appearing for the exams. When he appeared for the final exams, he actually realized that he had solved such questions and understood the solving methodology clearly. 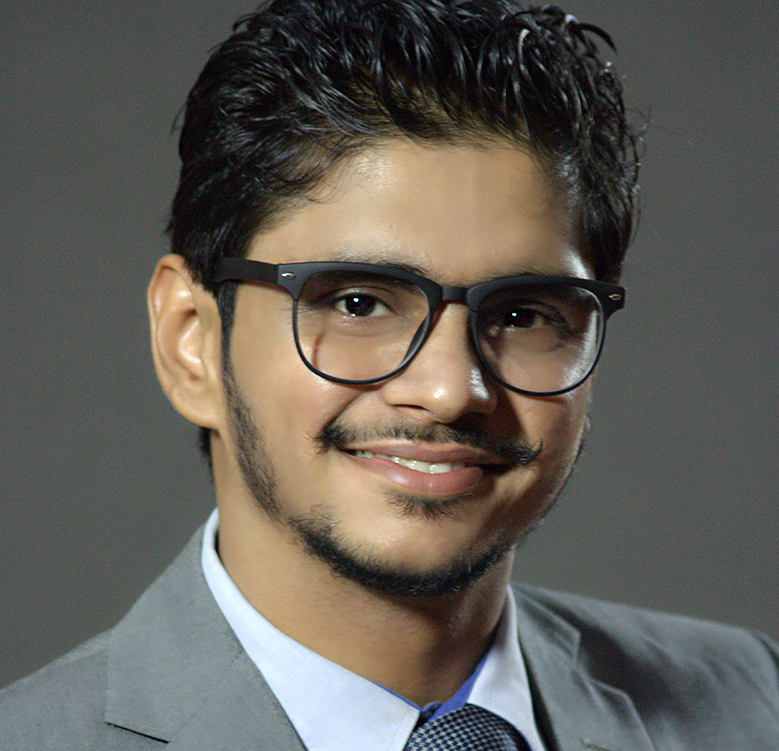 Patience, discipline, dedication, and the most important factor is the support from the family. Everything that happens in the family affects a CA aspirant. Financial, emotional, physical, and any other issue affect the preparations severely. All social functions, weddings, birthdays, and other events must be avoided. Mental health and firm determination are required to become a CA, which is not possible without the family’s support.

Abhishek professionally coached Chartered Accountancy students from the age of 22. To remain in sync with the advancement of times, he started offering recorded sessions of his subjects in 2016 and charged a nominal price for the same. This transformation was difficult, but it was important. Offline recorded lectures were the only choice to reach out to the masses at nook and corner of the country who could not attend live or physical lectures. In the starting phase, his total revenue was hardly Rs. 50000. But in 2017, with dedicated efforts and commitment, the revenue crossed Rs. 50 Lac mark. He understood and witnessed the quantum of shift that technology was pumping in. He ensured that any student could learn the concepts from anywhere at any time. This was basically expertise that he offered to the CA aspirants with the independence of learning at a nominal charge. This was how he founded Let’s Learn India, and today they have even collaborated with other expert faculty across the Country.

You reap what you sow

When Abhishek was in 10th standard, his studies required extra attention. He came from a normal middle-class family, and affording tuition was not possible for him. His principal recommended him to join his tuition classes but given the financial crunch, Abhishek humbly refused for the same. He was a bright kid, and to improvise the performance his teacher told him to join his tuition classes, and not pay any fees or with any amount that the family can manage. So in 2005, he started his tuition for Maths and Science and paid Rs. 3000 for it, while the actual fee was Rs. 10,000. The professor held Abhishek in his toughest time, and now when life had turned out to be so well for him, Prof. Abhishek came up with a scholarship initiative. In 2019, he announced a scholarship for CA students as the tuition fees are approximately Rs. 1 Lac or more. They invited scholarship applications for financially weak applicants, academically strong applicants, and one from the applicants who belong to a defense family. From all the applicants, they selected two students after a rigorous interview, and decided to offer them a full scholarship. Let’s Learn India decided to sponsor the tuition fees for the two students for all eight subjects. For other deserving students, the course fee was reduced to sixty percent.

Roadblocks are inevitable elements in the journey of success

Convincing the parents five years back to enroll their students in the online teaching methodology was a task in itself. Acceptability and technological shift have been the roadblocks that they have faced. People made fun of them when they first released the lectures in the DVD format. Recording the session for three hours and not obtaining the desired output lead to re-recording of the session. He also came across a situation when he recorded the lecture for two hours and the mic was on mute. So there were tons of technological barriers in terms of surroundings, voice and video quality, etc. But, everything goes away with time.

Tips for the students to prepare

One must be dedicated and disciplined and should have a goal. You can become a CA with multiple attempts, or you can become one as soon as possible. If you clear all the exams in the first attempt itself, you will achieve a milestone at an early age in your life. Here is when you will realize that your other friends will be either studying, hunting jobs, or deciding what to do with their life. But on the other hand, you will be having at least a six-figure pay in your hands. And this situation is only going to improvise in the future.

Be determined and go for it. Four years of struggle will give you four hundred years of success. Once you have a CA in the family, it gives success to all the upcoming generations as well. You might have never heard a CA going bankrupt because that is a fact. Have a vision, work for it, and achieve it. Do not focus on other's perspectives and advice. Avoid negativity, and believe in what your heart says. If you are happy from within, then it is one of the factors that will lead you to become successful. 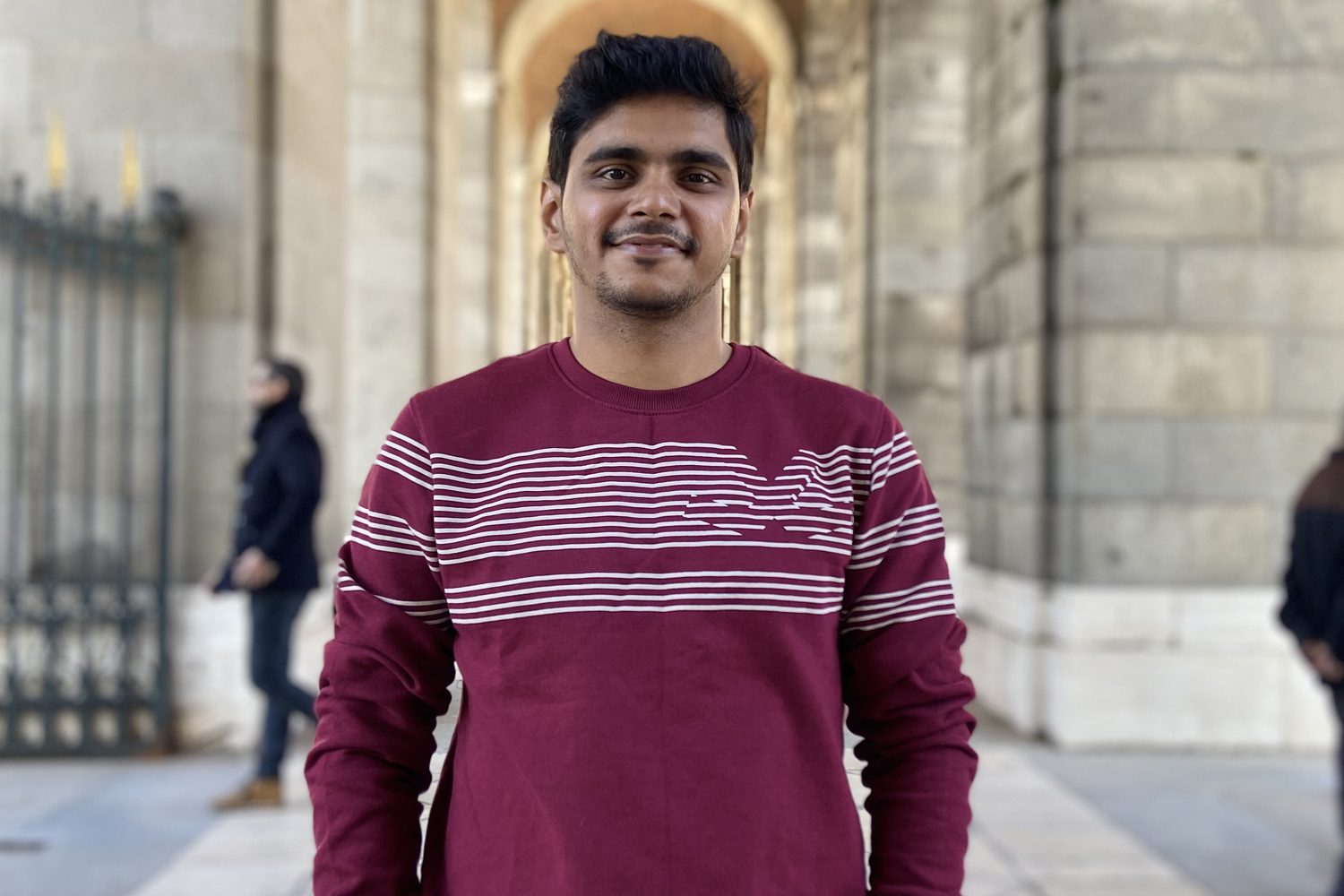 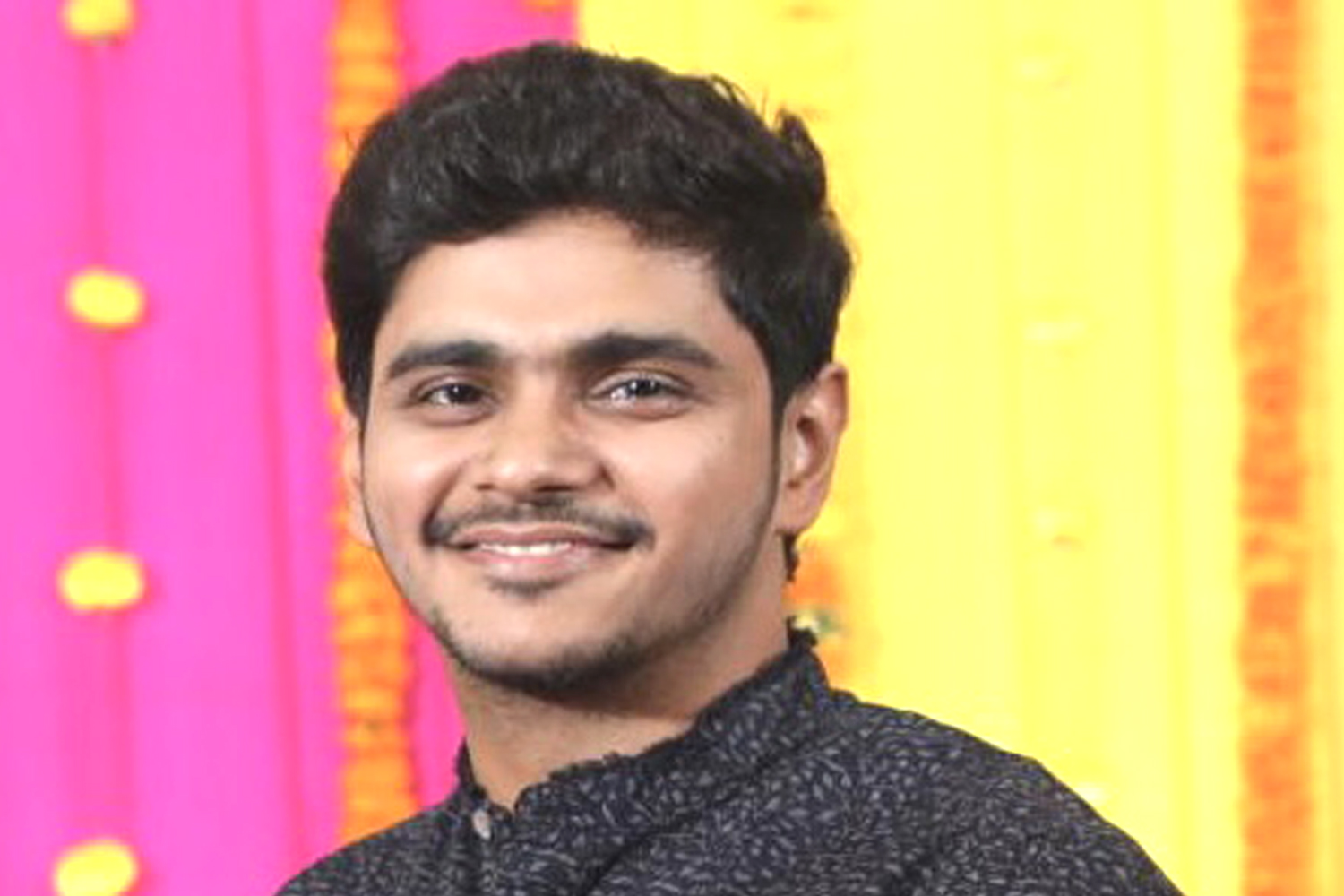 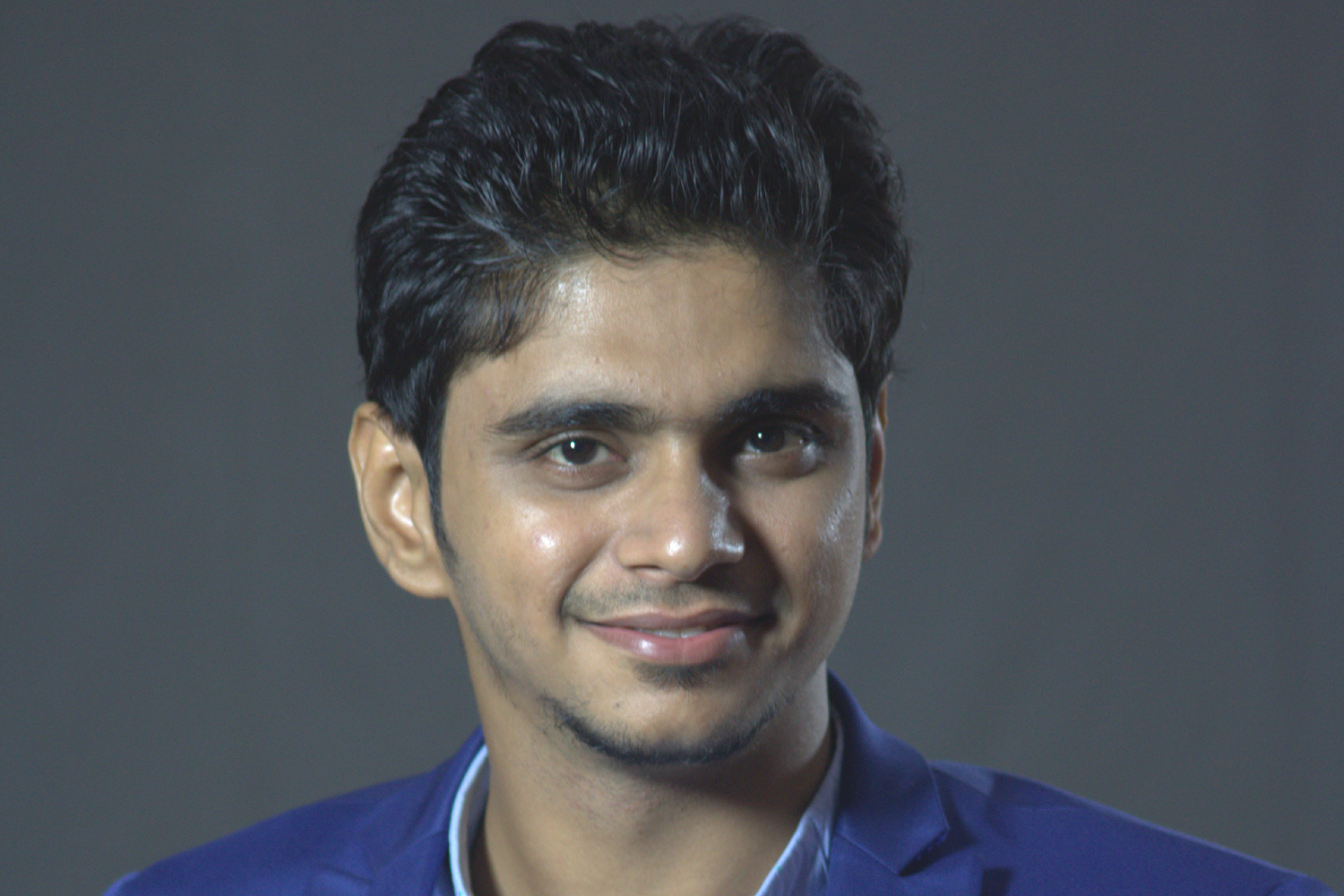 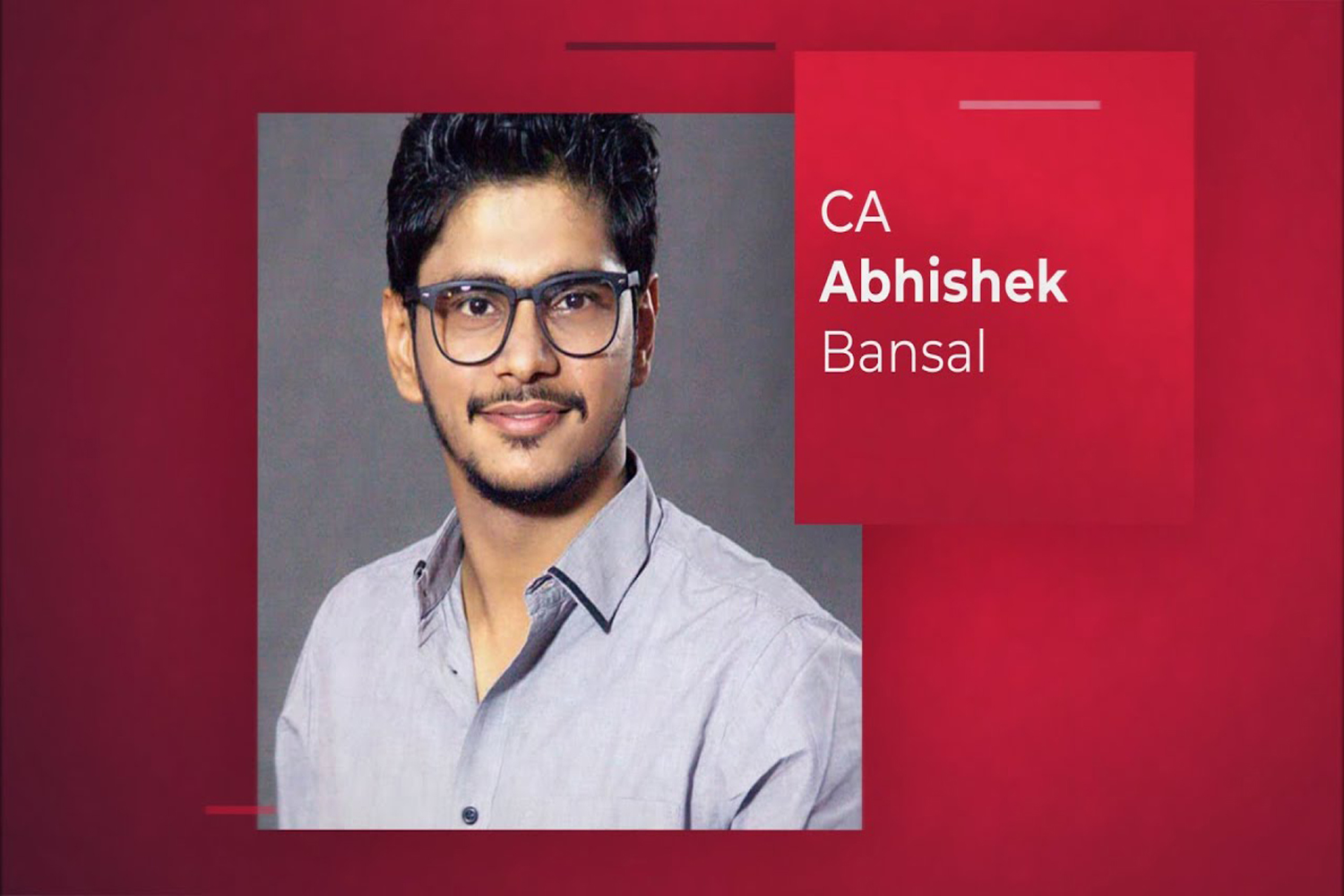