Arun Sengupta was born in Kolkata in 1950. In the year 1956, his father got a job at a British company. They were doing well in life. Early childhood was fascinating, and things were going smoothly. When Arup was completing the last year of his school, a series of events began, that changed his life upside down. Arup's father passed away. His mother did not want to stay with the relatives of his father. Hence, they decided to return back to her mother's parents in Kolkata. Arup’s father had some savings, but it was stuck in the bank and not accessible to anyone. Her mother was Roman Catholic, and it was a different religion from what his father followed. Hence, they had to prove that she was actually his wife. They ran out of money and struggled to meet the ends. Arup and his sister were the only providers for their family. Arup played music on any occasion he could, and brought in some money. His sister was a good dancer and taught dancing at the dance school. Life became tough as his mother resorted to alcohol to get over the trauma of the death of her husband. In the upcoming years, Arup was diagnosed with Tuberculosis. His neighbors and the landlord boycotted him to ensure personal safety. He went to a local church in the afternoon looking for shelter and found his way to meet Mother Teresa. Mother Teresa was dynamically engaged in treating and looking after patients with Tuberculosis. Due to the unavailability of beds inside their premises, Arup had to lie down on the bed in the streets for three days. He was then handed over a ticket by Mother Teresa and asked to visit a tuberculosis sanatorium in Darjeeling. Arup underwent the treatment for two years and won the battle with death. He then revisited Kolkata to start his career from scratch.

A remarkable lifespan in the indian corporate

Arup completed his Bachelors of Arts in English. Gradually, after fighting all the odds, he made his way to the corporate. With time he got married, had children, and eventually climbed the corporate ladders to achieve professional success. During this phase, he did his bit by feeding the needy people whenever it was possible. Time passed, and Arup successfully completed 46 years of his career working in the corporate.

Turning back to the roots

Arup realized that he had achieved a lot in life, and in this process, it was now a high-time to give back to society. He and his wife moved back to Kolkata and decided to start with something. He met some of his family friends, and along with them, started serving on the streets of Kolkata. They contribute in small manners like distributing 200 blankets, donating uniforms and school bags. Arup published such small initiatives on social media, and surprisingly he often received monetary help from friends. In July 2018, he was coincidentally back at the same place where he lived on the street suffering from TB. He realized that he had to contribute in a strong manner. Hence, he visited the nearest police station and met the station in-charge for guidance. With reference and learnings, Arup and his team of three that included his wife and family friends visited a red-light area near Kalighat. They interacted with the sex workers, and on their recommendation, decided to start a school for their children. Arup and team started with the evening school, which taught the students everything including arts, music, lessons for life, and academic guidance.

Walking against the hardships of nature

It had been almost a year that Arup and the team continued supporting the initiative of the school when he suddenly lost his wife. This was in late 2019. Just when he was coping-up with life after losing his wife, the Covid-19 pandemic hit India severely in March 2020. Arup immediately realized that things will not be easy now. He reached out to his team and asked them to gear up. They donated essential food grains and eatables to approximately 400 sex workers. They were granted a road permit by the local authorities, which ensured that the team could continue with the social service initiatives. Meanwhile, he also started publishing this campaign on social media and requested the audience for funds. To his surprise, people from different walks of life generously donated. They had a roadmap and figured out a way to reach the most deserving beneficiaries for help. But, in May 2020 Cyclon Amphan caused widespread damage in Eastern India and Bangladesh. Even after all such challenges, the team refused to give up and adamantly continued with their mission of the uplifting society. They continued working week on week in the Sundarban area. Today, they have successfully established a playschool and primary school in Sundarban. They have also set up sixteen sewing machines for widows and other women to uplift their skills. The team also initiated a school for learning stitching and sewing machine for sex workers in Kolkata. A school was set up with ten sewing machines where sex workers started stitching face masks during the pandemic. Given the huge demand, they found work and a source of income.

Notun Jibon – From inception until now

Arup wanted to contribute to the best of his capabilities for society. When he returned back to Kolkata, he realized that people needed help. He found poverty at its peak. Arup remembered the words of Mother Teresa that one must contribute to the best of his potential for society. Starting from their first initiatives of donating 300 blankets, they knew that there was a lot to do. He received encouragement from colleagues, friends, and a lot of other people. They recommended him to start such activities in a more formalized manner. Hence, the team established the Notun Jibon NGO. Notun Jibon means New Life, and the team has ensured that in each of their activities and tasks, they offer a new life. The team at Notun Jibon includes Jhumki Banerjee and her father, Barun Banerjee. Both Jhumki and Barun have been with Arup since day one of his initiatives. The group is backed by advisors from across India. Some of them are Arup's friends and colleagues. The NGO also has four teachers from the locality, along with one cook. Apart from this, they have several volunteers, who are always ready to help, donate, and contribute in every manner. They have one center in Sundraban, and two in Kalighat. Arup firmly believes that it is the voice of God that inspires him to get up every day and continue with this work. The team at Notun Jibon and all the donors are generously doing their part in bringing the smiles back for the unfortunate section of the society. They are on the mission to ensure that no one sleeps hungry at night. Arup feels that the mindset of many individuals to not help anyone is an issue that we are facing as a country. This group has undertaken major activities and initiatives and often faces a shortage of funds. Managing all activities and tasks with limited or no funds is the only roadblock that the team is facing today. Arup and the team are proud of the fact that they are able to put food on the plate of the people and help them live a better life. He believes that if each one in India feeds at least one unfortunate beneficiary, then we will soon have a beautiful world where everyone will have food. Arup Sengupta is also the recipient of the prestigious Covid Solider Award.

Words of wisdom from Arup Sengupta

Being happy is the real meaning of success for Arup. He believes that his go-getter attitude has helped him in achieving everything that he has in life. His advice for the youth is to be inspired by someone who they genuinely love. He also feels that everyone should contribute in their best capabilities to make this world a better place.
“Go out, talk with people, connect with them, and in the end feed them.” 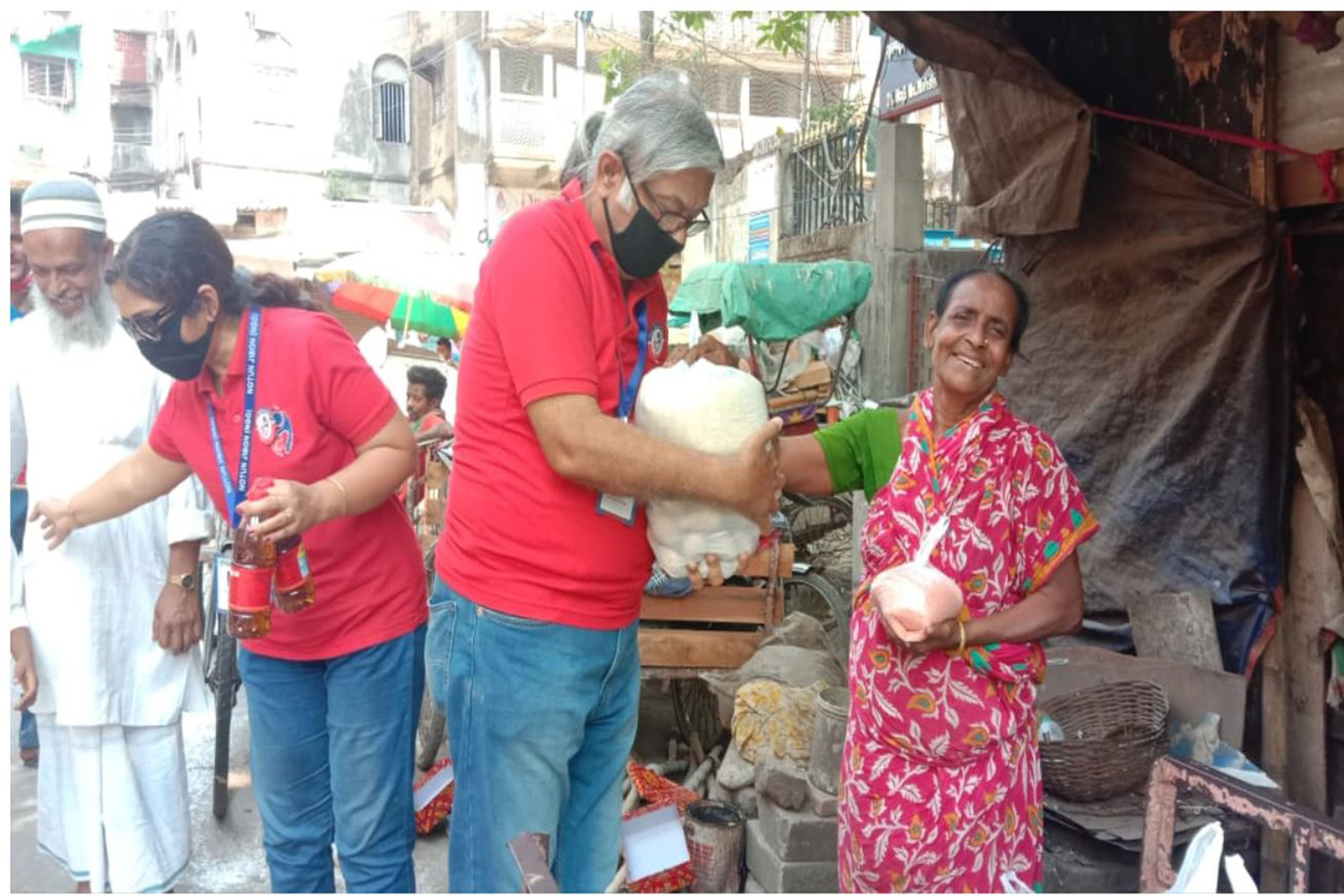 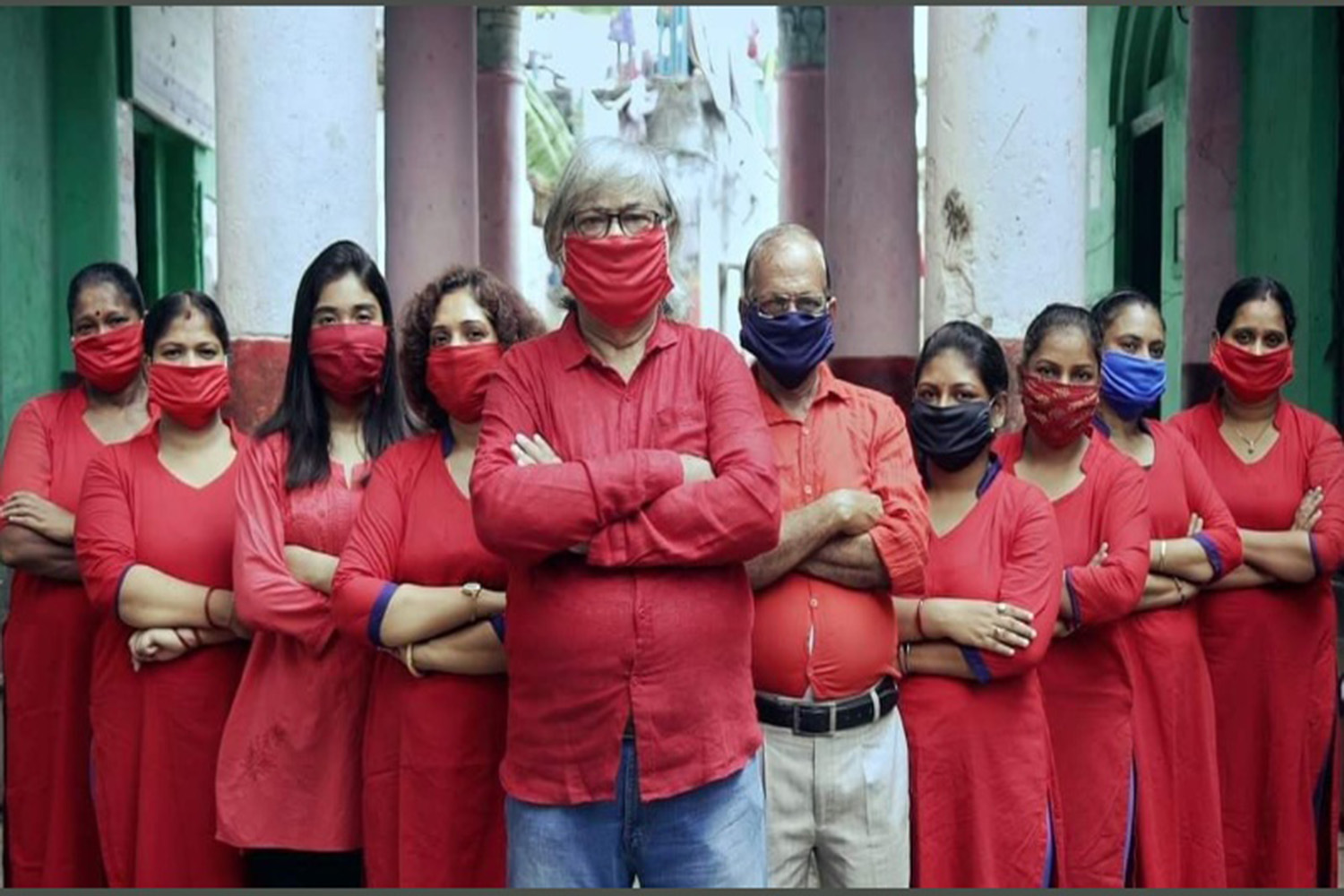 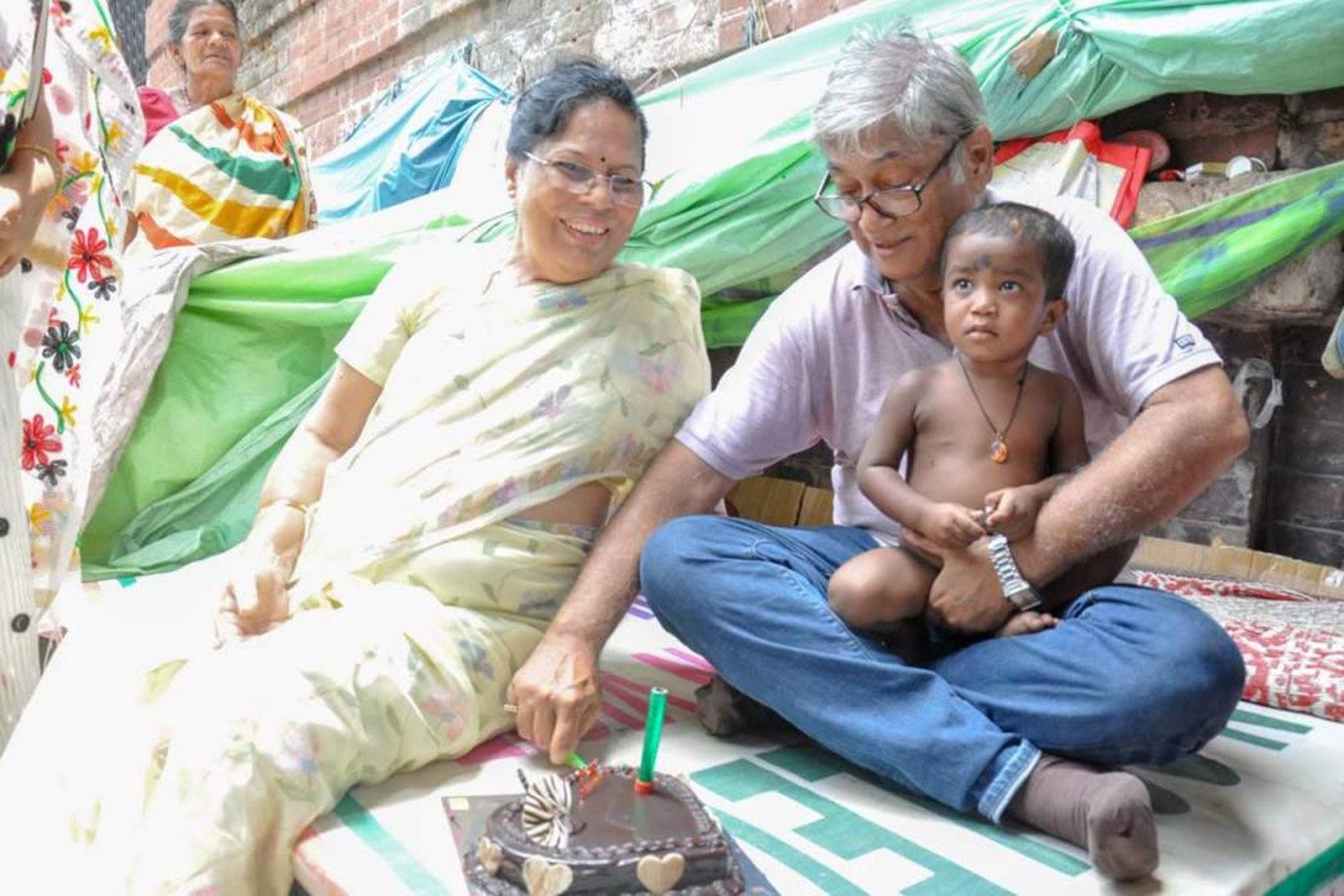 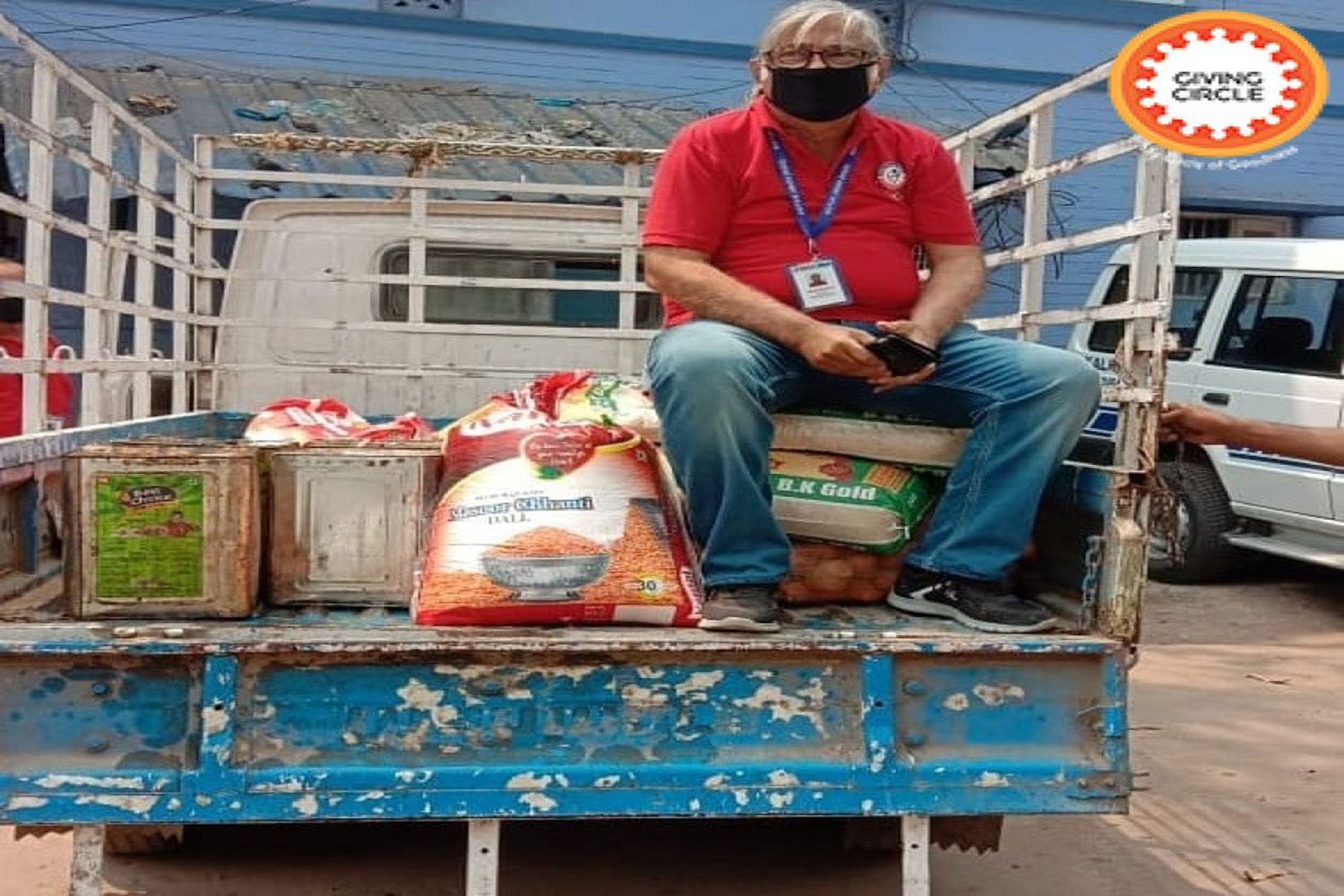