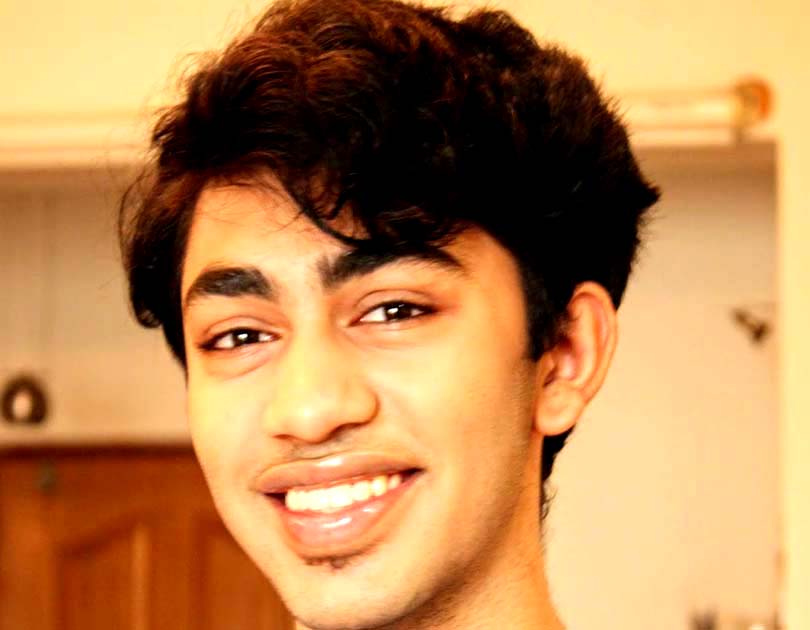 The Young Prodigy with a heart of gold

To do a noble deed, you need not be a billionaire or even an adult. All it requires is compassion and the want to do something with your capabilities. This is exactly what 16-year-old Ayush Gharat did for malnourished children in India. At the young age of 14 years, this prodigy with a heart of gold developed an app to diagnose malnutrition in underprivileged children below 5 years of age. The app received much appreciation and this gave Ayush the inspiration to do more work in this field. Let’s find out more about this young Robin Hood of India who is using technology for the betterment of humanity

How did it all begin?

Ayush was always inclined towards technology and science. He wanted to know how things worked and would often open up his parent’s old phone to understand the technology better. At the age of 13, this keen interest in science and technology made him do a lot of free courses in coding and also certification courses in Java and Android App Development, where he passed out with Gold Certification in JAVA and Platinum certificate in Android Development. Ayush did not let all this knowledge go to waste. In fact, he decided to make an impact and help the underprivileged children. In 2018, he developed an app called mNutrition that diagnoses malnutrition in children below 5 years of age based on their height, weight and age as per the WHO standards. When asked about why he developed this app, Ayush explains, “The major problem is the diagnosis of malnourished children. The diagnosis is done using complicated charts published by the WHO, which are difficult to interpret for anganwadi workers. So far it was also done only on paper and pen, which made it prone to countless errors like errors in rounding values, unclear handwriting and damage to the paper records. It was not only tedious but also time-consuming. Seeing this problem, I decided to develop the mNutrition app.” Intrigued by this novel app, we asked about the working of the app. Ayush explains, “The basic details which we can enter in the app are the child’s age, gender, height, weight, age and mid upper arm circumference. The Anganwadi worker can measure this data using the app and calculate the risk profile and severity of malnutrition in the child. This helps them decide on the treatment to be provided.”

On the lines of the mNutriton app, Ayush developed another app called Medrive. This helps store medical records of people online so that they are accessible anytime, anywhere. Speaking about how the seed for this app was planted, Ayush says, I developed this app along with 2 of my friends when I was 15 years old. My grandfather is a heart patient living in Mumbai. Whenever he would travel, he had to carry a lot of medical records. This was a cumbersome arrangement. So I realized why one should carry so much when it can all be saved on the phone. This was when I decided to make this app. The unique part about this app is that it is user-friendly and not only stores the medical records but also reminds people about taking their medication and other treatments.'' The Medrive app is now ready and all set to be launched by these teenagers.

Besides developing this novel app, Ayush has been actively involved in helping COVID-19 frontline health workers. His new initiative called Aashwas, which means ‘Reassurance’ in Sanskrit, aims to aid frontline health workers during the pandemic. The main aim of the venture is to show gratitude and appreciate their hard work and effort. Explaining more about it, Ayush says, “ I conduct fun games and activities to help relieve the stress of the health workers. It’s a great team-building exercise to help them relax. I have conducted a comedy show with Mr. Amit Tandon, one of India’s most renowned standup comedians, where we had a whopping participation of 1100 frontline health workers from across India.” Speaking about the motivation behind this initiative, Ayush reminisces, “I started Aashwas in May 2020 during the lockdown. One of my uncles was a frontline worker working with COVID patients and I interacted with him a lot. I saw the mental and emotional stress he was going through, working for long hours at night and having odd shifts. I wanted to do something for these brave hearts, and that's how I started Aashwas.” Alongside this humane effort, Ayush also started a fundraiser for the frontline workers. He raised Rs 6 lakhs with the help of two other teenage volunteers and donated 2500 PPE kits to St John's medical college and hospital in Bangalore. Ayush notes, “To promote the fundraiser, we conducted a musical event, where talented teenagers from India and the US performed to promote a fundraiser and increase awareness about the cause. Within 24 hours of the event, Rs. 1 lakh was raised.” Through the work he’s been doing for the past 8 months, he has been selected as a delegate to present his work at the 1M1B Impact Summit at the United Nations in New York in July 2021/December 2021. The organisation 1M1B (1 Million for 1 Billion) is a social innovation and future skills initiative and is aligned to the United Nations Sustainable and Development goals. On February 1st 2021 Ayush also represented India as a Youth Ambassador at the International Youth Conference in New York conducted in collaboration with the Civil Society unit, United Nations Department of Global Communication and UN-Habitat Youth. He was among a panel of young changemakers from across the globe where they discussed the youth response to Covid-19 pandemic, and how they all best used the time they got during this period to bring about a change, and most importantly give back to the communities in need. 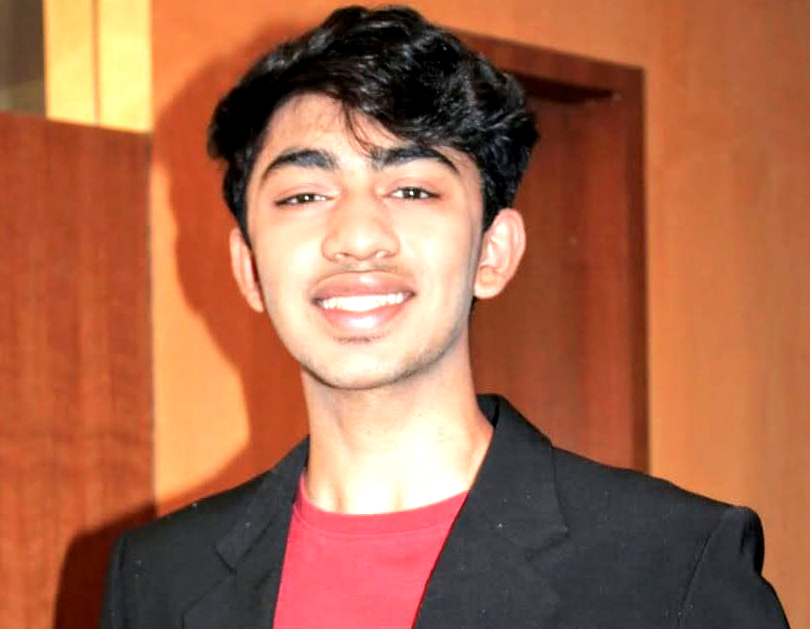 Ayush has achieved a lot at a very young age, but all this has not been easy. “Balancing school work and the academic pressure was a challenge. Also, I am a shy person, so interacting with strangers was a little challenging”, says Ayush. However, he sailed through, thanks to the full-fledged support of his parents and mentors, as well as his admiration of his role model, Elon Musk, who’s success story has motivated him to follow his heart and persist till he fulfils his dreams.

Ayush is a Regional Finalist from the Asia-Pacific Region for the Google Science Fair USA 18-19 for his mNutrition app. This has given him the impetus to move forward and further his plans of making the mNurition app reach the masses. In the future, he wants to have his own technology company that offers technical solutions to solve social problems that exist globally. For all those who have similar interests in coding and programming, and want to do something unique, Ayush’s advice: “Explore various online courses in programming and coding and learn as much as you can. It is also important to find a practical application for the skill and to collaborate with people. Have the curiosity to learn about the world around you and be persistent in your efforts.” Inspiring youngsters on a similar path, Ayush urges them to “take advice and support from mentors and experts in the field. Also, reach out to established companies for help and leverage the power of social media to promote your idea.” He further adds, “Don’t let the fear of failure stop you from trying. Always do things outside your comfort zone that will give you the push to succeed. Give it your 100% and you will surely succeed.” 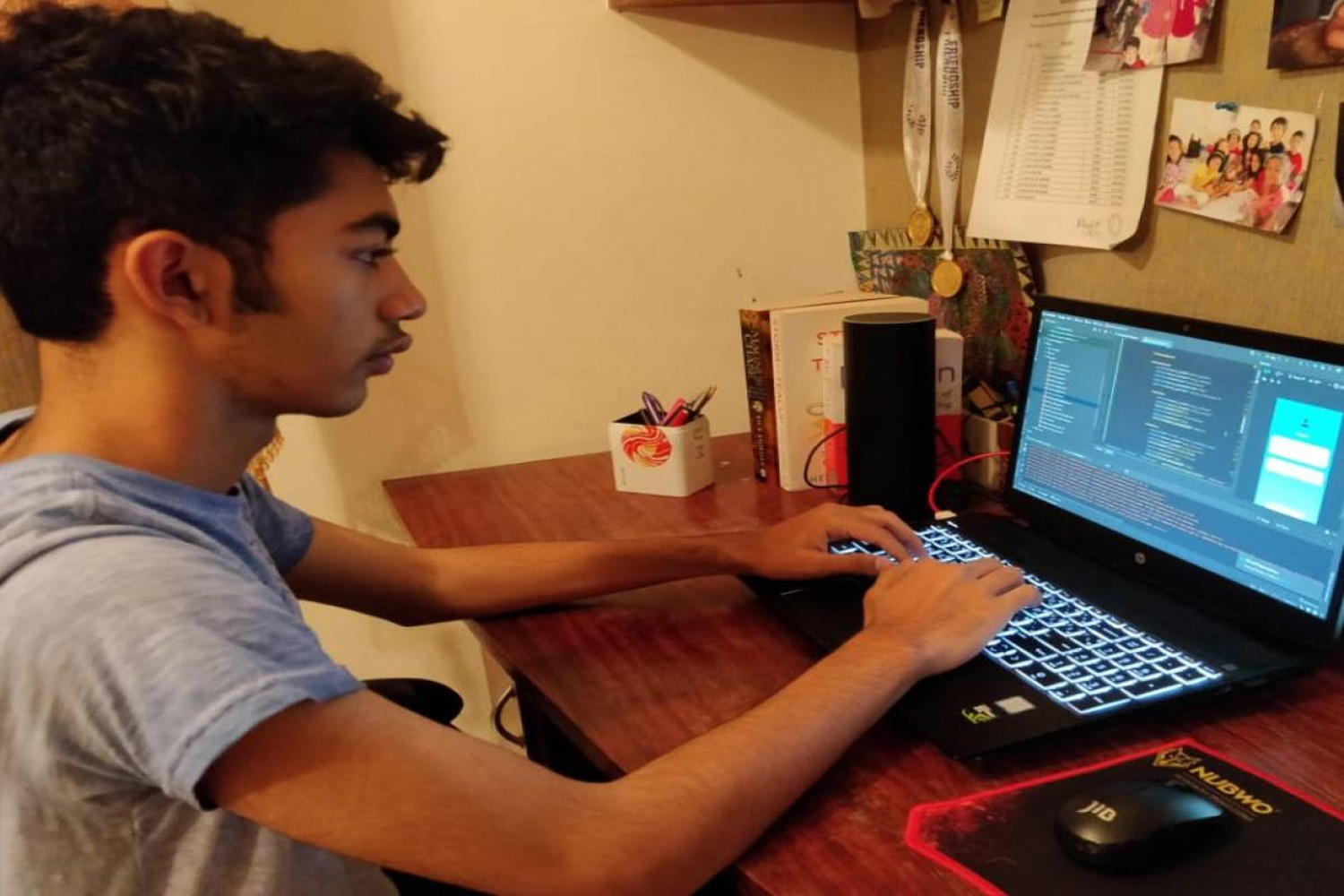 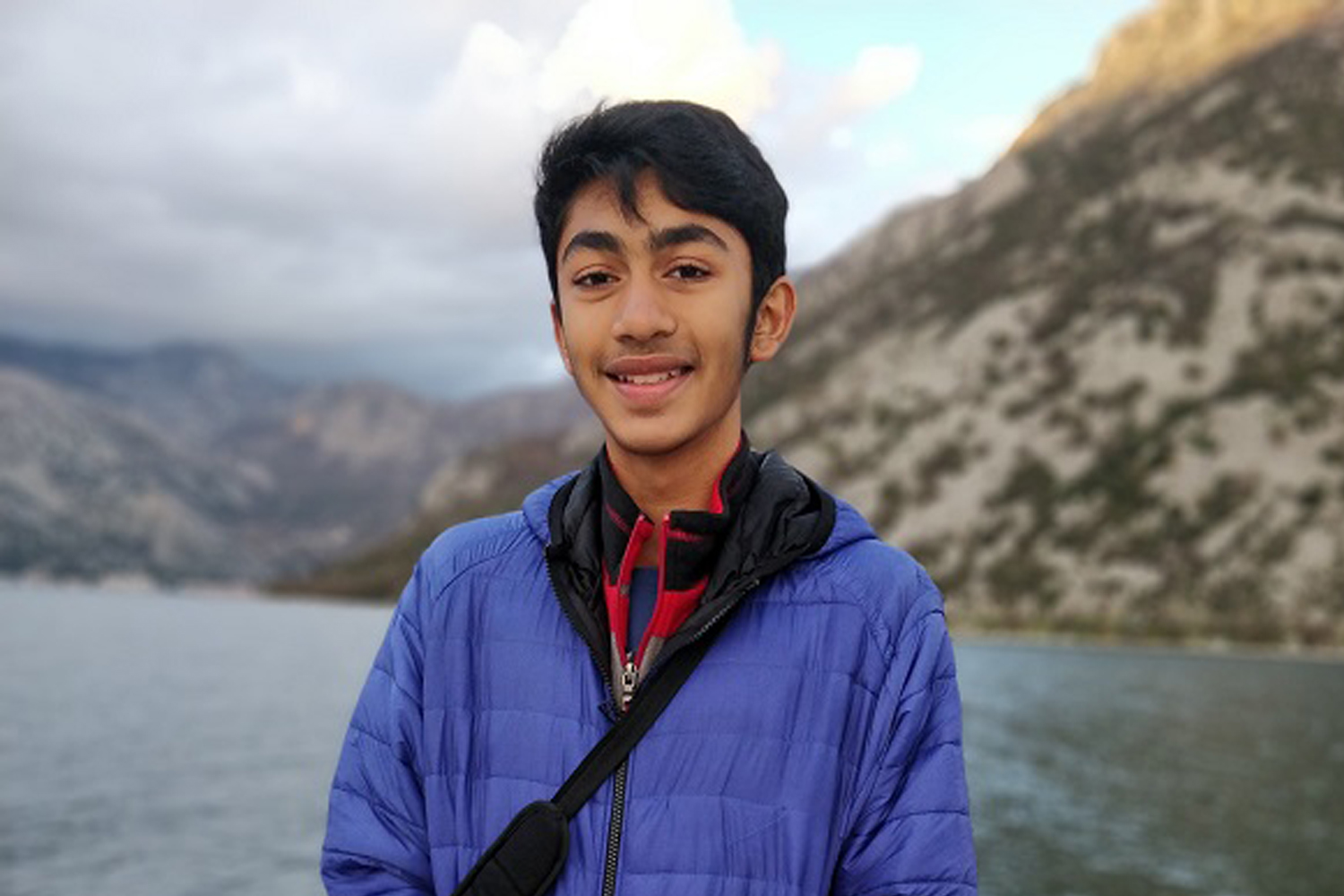 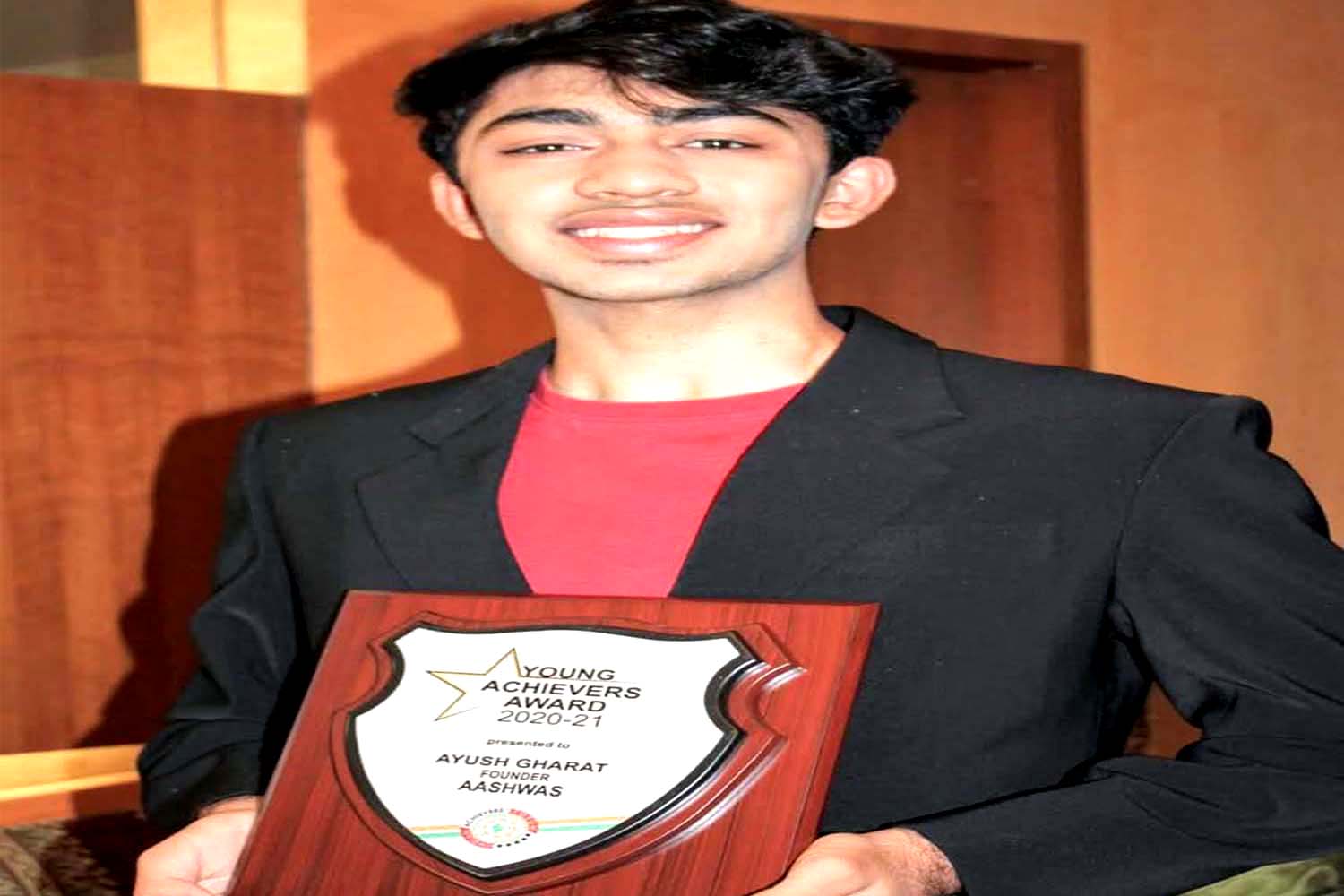 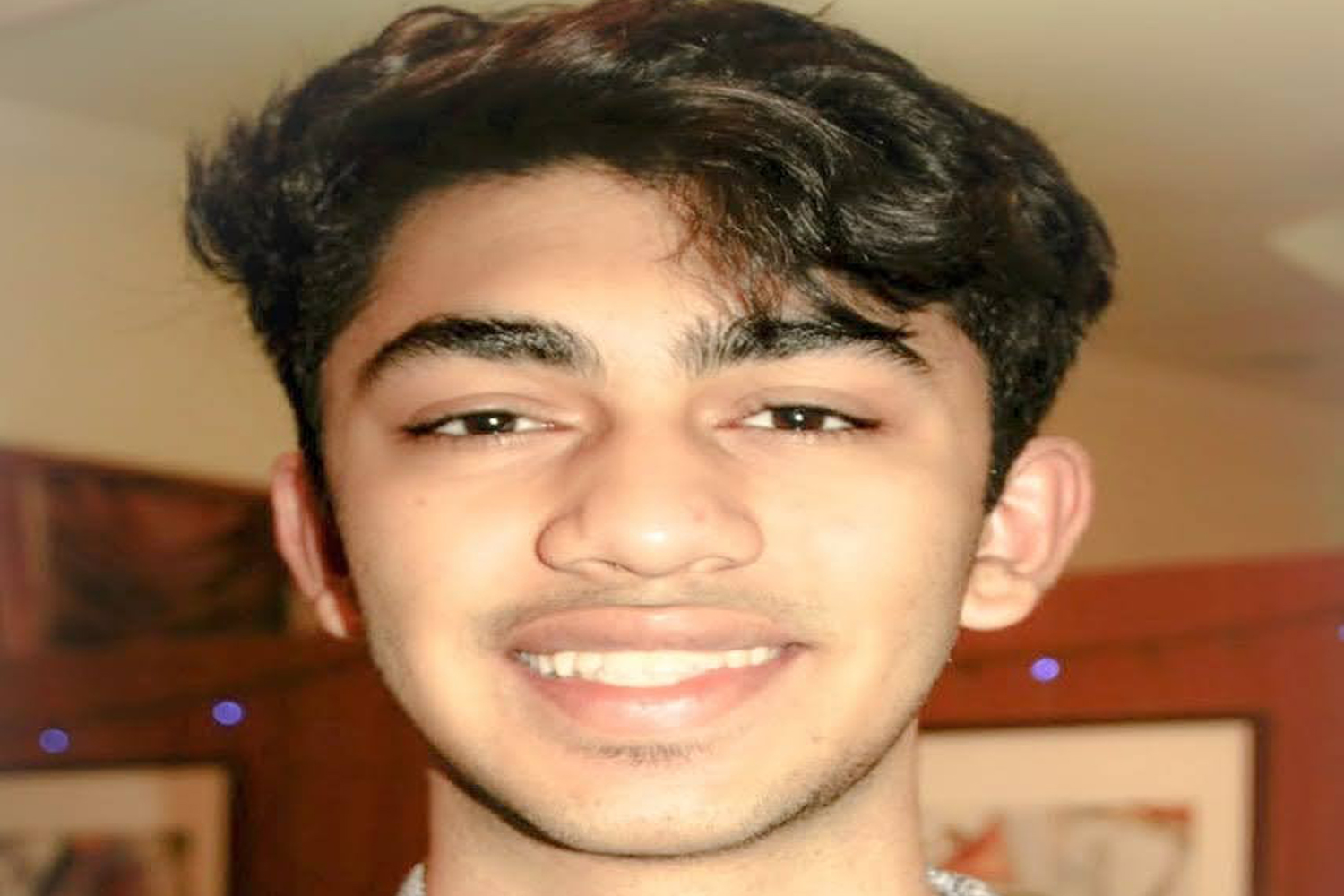