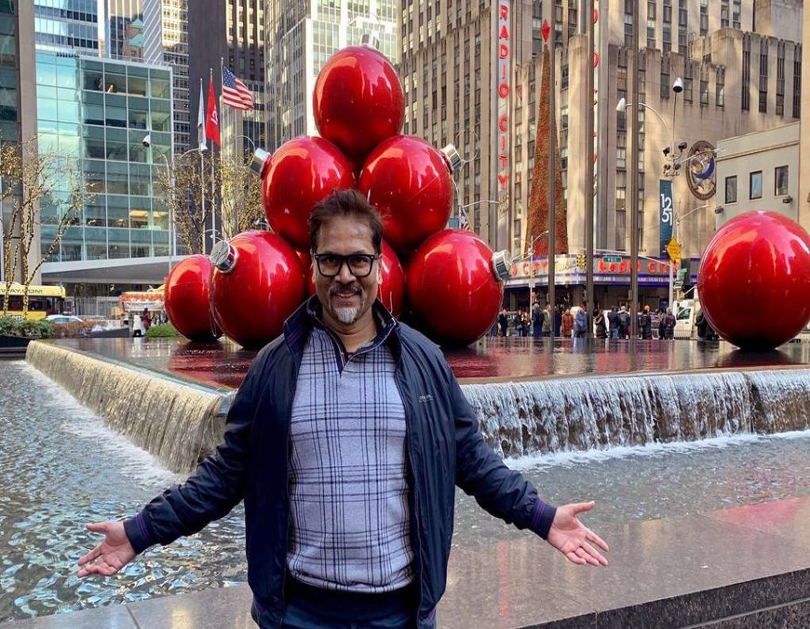 Tell me about your early life? About your Birth place, Birth Date, and where do you live now?

I was born in New Delhi and since it’s the heart of India, my dreams were big. I always wanted to be an artist and work in the book trade, but post my graduation from Delhi University my vision was more clear and I jumped into Comics with everything. My schooling and college time was quite fun. I lived in the centre of Delhi, i.e. Connaught Place. Connaught Place is a very colourful and lively place, so I got attached to colours. I also learnt Tae Kwon Do back in the days and achieved black belt. My life was full of fun, just focus and anything will be in your hands. Right now, I believe that I live in the hearts of my fans all over the world. My abode: I keep switching between New Delhi and New York. I love both places a lot.

What is your educational background?

I am a graduate from Delhi University, and I also learnt a couple of languages, I mean computer languages.

Were there any real-life or practical learning’s you had during your educational phase besides the regular academic pursuits that helped you choose your career path?

I think my path was very clear since my schooling, my craze for the comic books, pulled me into it.

How did you begin your career? Was it in conjunction with the present role that you have taken up?

I joined in 1991 a Government job, but in a month's time I left the job and started doing comic books with a newly established publisher. My passion to create took me to other publishers and in the year 1993 I reached the top most publisher of India. I worked there till 2000 and then joined India’s leading gaming co. as a Sr. Game Visualizer. After that I travelled to the US in 2004 and did so many comic pages for free, until I was noticed by Avatar Press for their work.
I always moved forward in life, to be a better version of myself.

What made you choose your profession?

First Phantom and then Batman brought me into comics.

What motivated you to take this path?

My father and my maternal grandfather inspired me the most to choose my path. My father was an artisan himself. He carved miniature wood houses, to the smallest of detail. He was the one to bless me with this gift. My Nanaji (Grandpa) was a wrestler and at that time was also Mr. Delhi, so he inspired me to grab your goals with both your hands.

When and how did you begin your journey as a Comic Artist?

What all certifications/courses/qualifiers are needed to be successful in this field?

Honestly, no formal training but just a lot of dedication and perseverance. I am a self-taught artist. I learnt pencil, inking, colouring, digital colouring and painting myself. Even I got to introduce digital colouring in India in 1996.

Which was your first image and for whom?

I was so inspired with Sylvester Stallone that I sketched him for my very first sketch for myself only. Later I also sketched a lot of Batman as well.

What style do you use when Drawing/Inking/Colouring?

I am inspired by the work of Frank Frazetta, Jim Lee, Dan Jurgens, Travis Charest and Marc Silvestri so I brought out a style of my own with their help.

How long does it take to complete an image?

I usually take a day or two to complete my page, but sometimes more work is required depending on the frames. 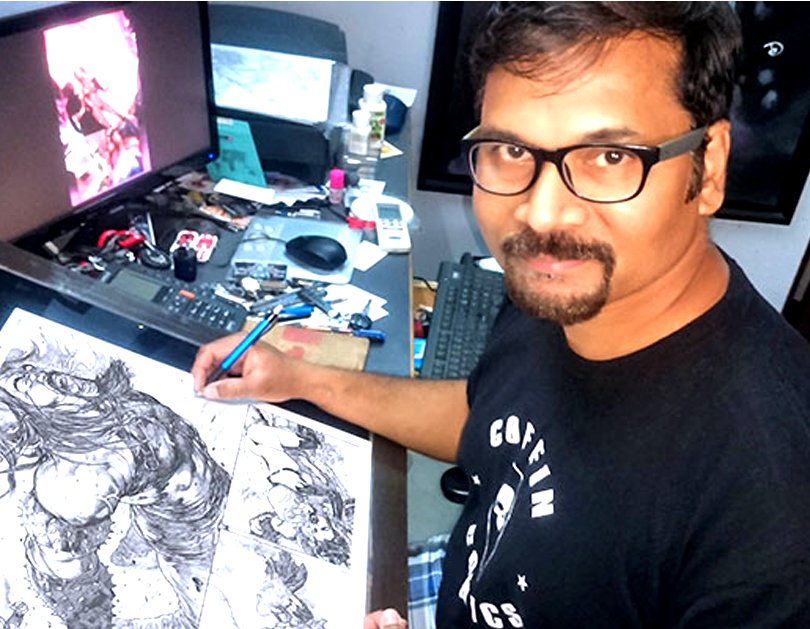 What inspires you? And how do you interpret art?

Anything happening in life inspires me and I interpret with my pencil, whether it is a real life event or my comic book script.

Do you make comics for a living? If not, how do you support yourself, and how does this relate to your comics-making process?

I do comics for a living because I think only in that way I can do justice with my work. I do write as well but my priority is comic book pencilling.

What is more important to you, style or idea?

First of all the idea is most important and then follows the style.

Do you read a lot of comics? Are you someone who reads comics and then gets excited to make more comics, or is your passion for making comics?

When I was a child I think I read 3000 comics which eventually led me to drawing them, but now I am more passionate about drawing comic books.

What techniques and resources did you use to design your piece of artwork?

I prefer the traditional way to draw comics, i.e. I use my lead pencil to create my work though I have been a tech savvy guy since 1996.

What is your favourite piece of work in your portfolio and Why?

Though there are so many but my creation Bheriya (wolfman) in 1993, I love it the most. Bheriya is someone that has a lot of traits inspired from my idols and values, plus it was my brain child so I’ll always have it closer to my heart than the others. Another one that I had the most fun working on was Transformers.

What types of comics, paintings do you offer and how can an author benefit from your skills?

I prefer realistic comic book illustrations. Speaking about skills, I have a vast set of variety in the field. Depending on the need, I can switch between styles and modes of work with ease. Also, I feel great pleasure when I see my style of work being celebrated by my readers and fans. That definitely would be an added advantage.

Which comic book company are you working for at the moment (or in the past), and what are your current projects?

I am currently working with Spell Casters, an indie comic book publisher. In the past, I have worked with IDW, Dark Horse, Dynamite Entertainment, Coffin Comics, Avatar Press and many more.

You have been the first Indian to enter the US comic’s industry and share your experience about that?

This is my life’s best experience because I have been reading Batman and Superman since my childhood, so I always dreamed of drawing Batman. So, I have been sending them submissions since 1993. I first sent my submissions to DC Comics and then to Marvel. It was just like a dream how I entered the US comic industry and have been a part ever since.

What difference has the US comic’s industry made in your career?

The US comic industry broadened my vision towards art and gave me so much more to work with. While working in India I always used to focus on per day output and have delivered 7 pages a day to the publishers. But when I moved to US Industry, I understood how quality of work is prime in the industry, so I started illustrating to perfection.

How do you make your own work stand out?

Maybe I have some Indian touch but it’s more a fusion of American style on my own.

What’s one piece of advice you would give to someone trying to create their first comic book?

Focus on your content and when you are confident then finalize your style and start drawing.

What were your initial roadblocks and how did you overcome them? What advice would you give youngsters wanting to follow you so that they do not face similar issues?

I don’t think I faced any roadblocks in my life, touchwood and thanks to God. I became a star in just a year’s time in my own country. But it took me quite a lot of hard work (adapting styles and modes of working) to become popular in the US and I am still hungry. All I want to say to this generation is once you have decided on it, just keep yourself consistent and focused.

If someone wants to follow your exact path, what should be their key takeaways? What should they do so that they can become successful like you?

If you have patience and dedication, then you can follow this path. Observe life, develop aesthetic sense by observing nature and visualization skills. You will be successful after that.

Be passionate buddy, without that you can’t break-in.

What is the real meaning of success for you?

When you touch the trophy of your life, I am still waiting to touch that. But I will do that for sure.

What’s the biggest factor that has helped you to be successful?

What was the hardest decision you ever had to make?

I left my govt job, not even that, I left pursuing my Civil Services preparations in the middle.

Some words of inspiration for someone who is looking to follow your footsteps.

I will be more than happy to see that somebody is following my footsteps. But I have realized this so many times, that you may plan a lot in your life, but God up there is the key player of your life. So do hard work dude, then nothing is impossible. I just want to draw Batman in my way and I am sure the world is going to love that, because I understand Batman more than I do. I have written something for Batman, waiting for the right time. Maybe that’s why my son’s name is Bruce Wayne Verma. Haha. 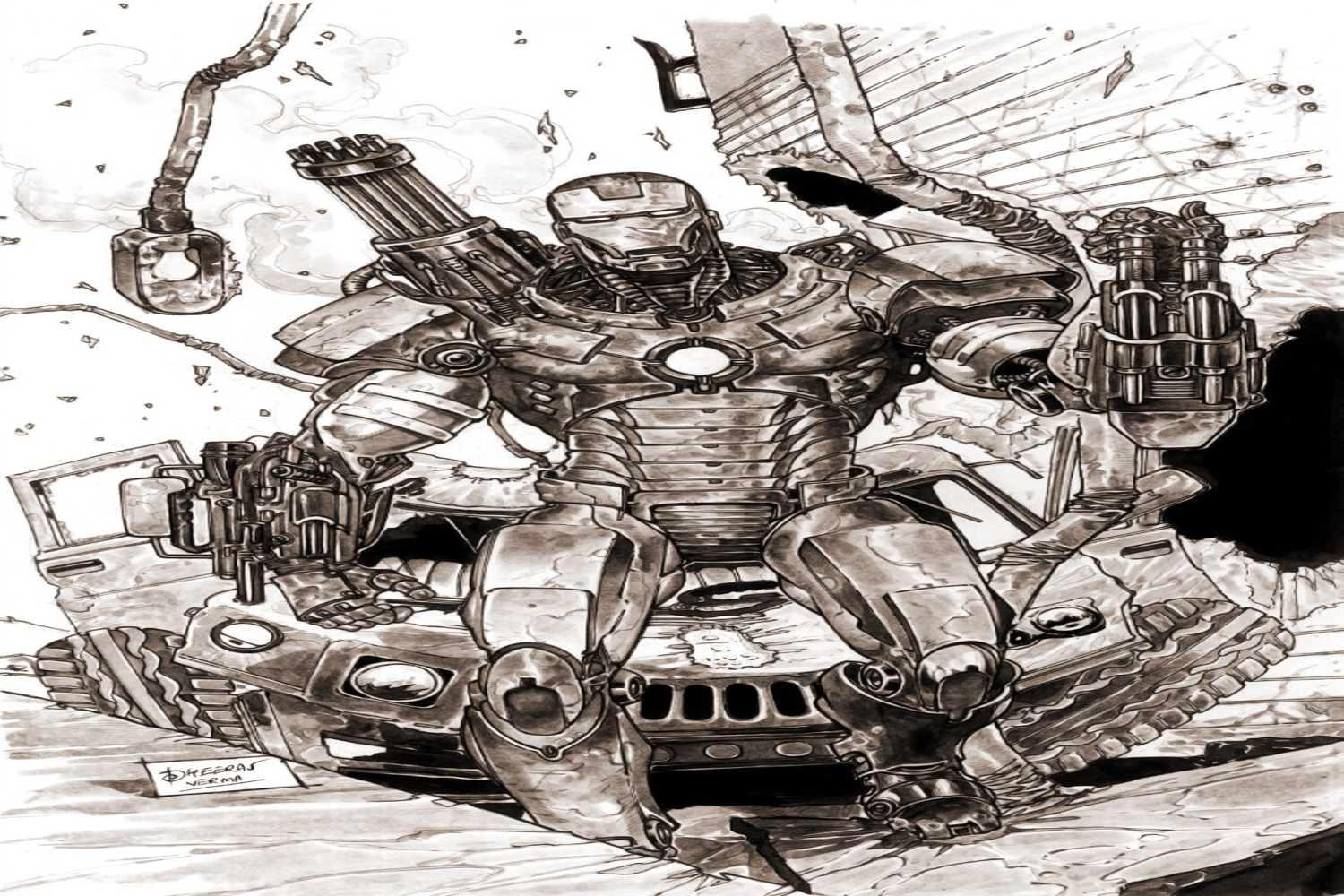