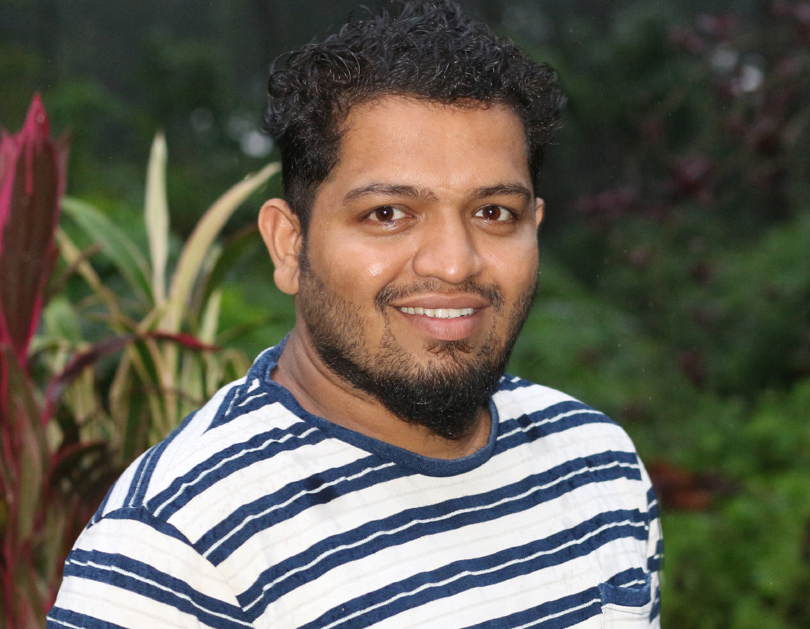 The artist of silent words and hidden truth

Despite coming from a small town in Goa, Diptej Verneker has established himself as one of the best artists in India. His works are popular in the country, but he has also received appreciations and praises from all across the world. His life story is inspiring for the youth and the aspiring architects and artists who can't find their voices to delineate their talent and skills.

Born on May 28, 1991, Diptej Verneker belongs to a very small and partly isolated village in Goa, Kumbharjua. His father was a carpenter who used to work in a local workshop, doing all the woodwork, paintings, staining, and others. Diptej had a dream of becoming something else from an early age and not following in his father's footsteps. His educational background revolves around art as he completed his undergraduate from Goa College of Fine Arts. After completing graduation, he wanted to explore academics further to sharpen his skills and gain more knowledge about arts and designs. That's why he further joined Sarojini Naidu School of Arts and Communication to pursue his master's in arts. The college was based in Hyderabad, and he had to stay away from his family during the entire two years of the course. “I come from a remote village in Goa indeed. But, over time, I have seen my birthplace becoming one of the most visited areas due to the cultural activities which always filled the ambiance with fun and vibrancy. Besides, Float making is very popular in my village as the arts and designs done during Ganesh Chaturthi, Narkasur during Diwali and Shigmotsav, a local parade festival, are unique. Growing up, I was surrounded with different kinds of artifacts and culture. Perhaps that’s what gave me inspiration to become an artist”.

The starting journey of an aspiring artist

During his graduation course, Diptej focused on painting portraits, and he mastered that art by drawing anyone's live faces just by seeing the physical features. "When I was small, a Float making was held in my village where a mechanical art doll was made and it impersonated real-life movements in quite an impressive manner. It was from there I started understanding the physical features of any body like the shape, the sharpness of the curves,the lines to be drawn, and others. These bits of knowledge helped me draw portraits when I was studying a graduation course in Goa College of Arts". “I cannot exactly define what art is to me since its definition is kind of evolving according to my perspective. At an early age when I was still fascinated with arts, I believed that it was a medium to portray emotions. But now after completing my masters and establishing myself as an artist, I think my art portrays the ironies of any situation. Through my art works, I try to interpret different scenarios and Human conditions/situations from different sources in an artistic framework and try to establish a real-life connection”. 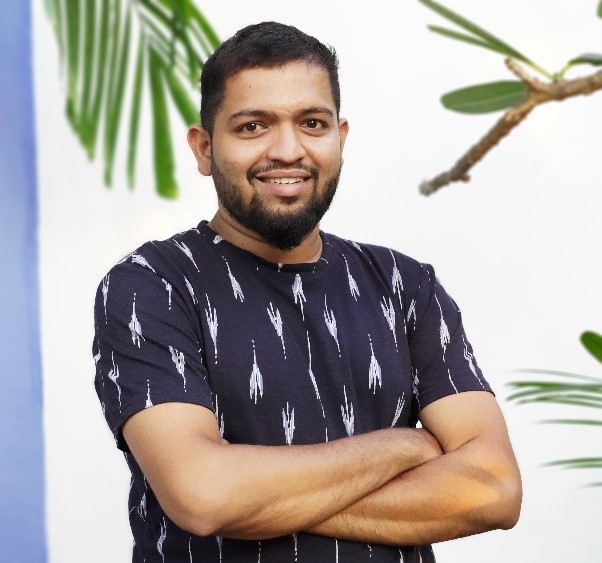 Filling up a blank canvas with thoughts and imagination

Diptej is a thoughtful person, and he heavily relies on his surroundings and situations going around to put something on a blank canvas. In the beginning, he always feels confused whenever he sees a white page since he cannot decide what exactly to put on the paper to fill it up in a meaningful way. But, with time, the white canvas becomes brown for him, with which he starts playing according to his imaginations. “When I was in Sarojini Naidu College doing my masters,I had to make a project and Assignments, but I was really confused with finding my language in my art practice and I chose to look back to my childhood skill of mechanics and sculpture making. Once I started incorporating those skills, I finally realized what I am really good at. Initially stories of middle class aspirations and human conditions started translating through my mechanical interventions.“To be honest, I heavily rely on circumstances and try to interpret the other side of the coin which always remains invisible from our eyes. If you take a look at my art, you will find most of them depicting stories which are told silently”.

Diptej is highly skilled in charcoal Drawings, and his process of doing this particular art form is unique. Usually, artists use charcoal's black to draw the lines and figures on a white page. However, Diptej does just the opposite. “I usually use either charcoal powder or the charcoal steak that is available in the market for the painters. My first work is to cover the entire white canvas with charcoal so that the background is black. And then I erase the parts to bring out the structures and figures. You can call this style of mine as bringing light out of darkness which is yet another concept of life”. Another art skill that Diptej has developed from his childhood is sculpting. He is indeed quite good at it as he has been practicing from his early years when he was a mere child. Some of his favourite sculptures are from the project “Archeology of barge" which he did for serendipity Arts Festival 2017. He had always used the casts to make the sculptures.

Inspirational words for the aspiring artists

Diptej has brought revolutions in Indian art and cultural works. His projects are based on real-life inspirations as he tries to incorporate every element his mind perceives by looking at the surroundings. "To be honest, I'm still at the budding stage of learning more about art. In my opinion, there is no finish line to art and culture. The more you see and observe, the more you can speculate and interpret. So many things happen around us and we are just able to see what is happening in front of our eyes. So, for all those aspiring artists out there, I would say that you need to constantly churn and challenge your skills, looks into other forms of art, science, politics,etc. that will open up your horizon, Question your practice time by time, look for that constant thread of questions that comes in your Art practice. You have to go beyond the prejudices and look for things that are not visible to the eyes but certainly play a hand in driving the circumstance." 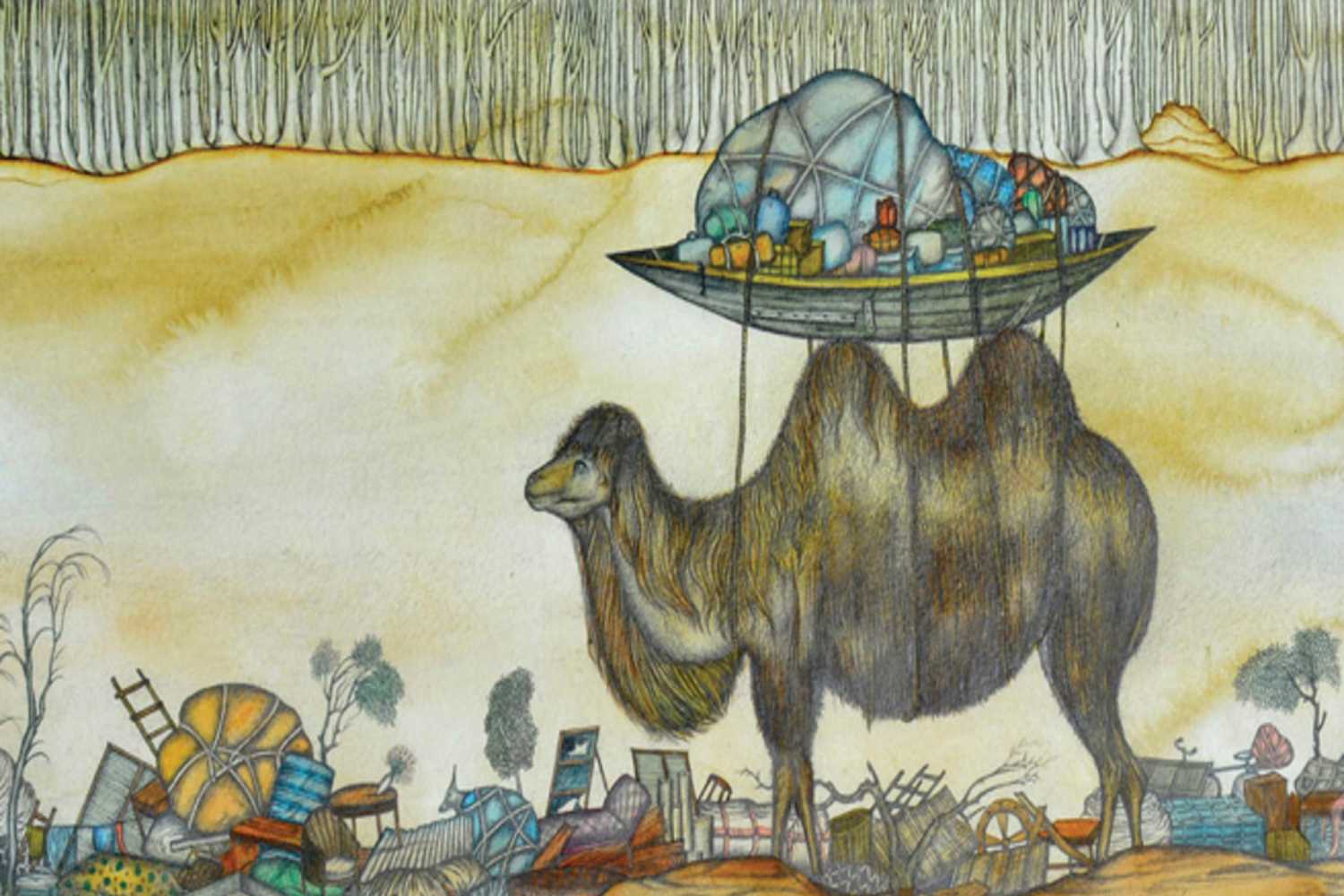 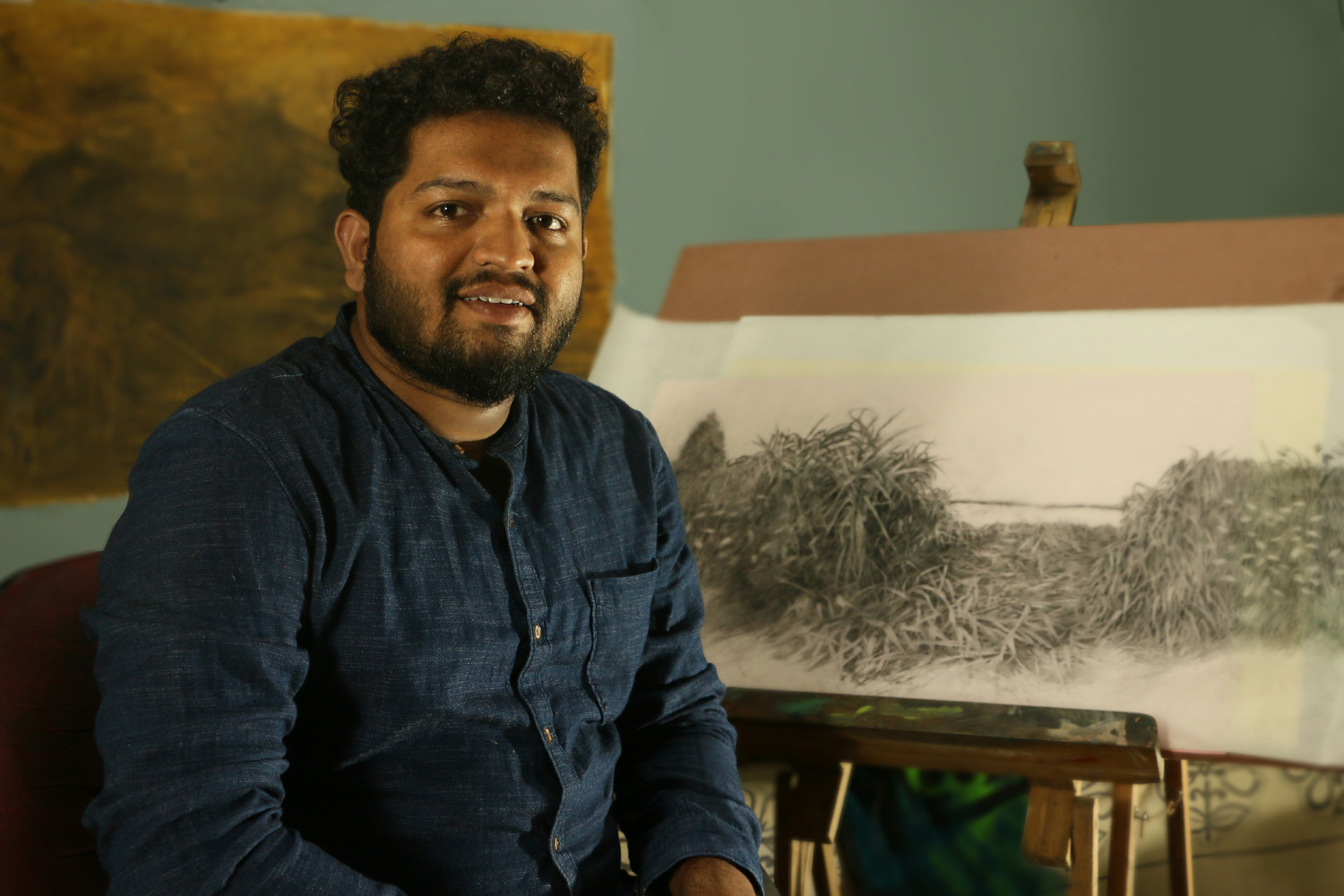 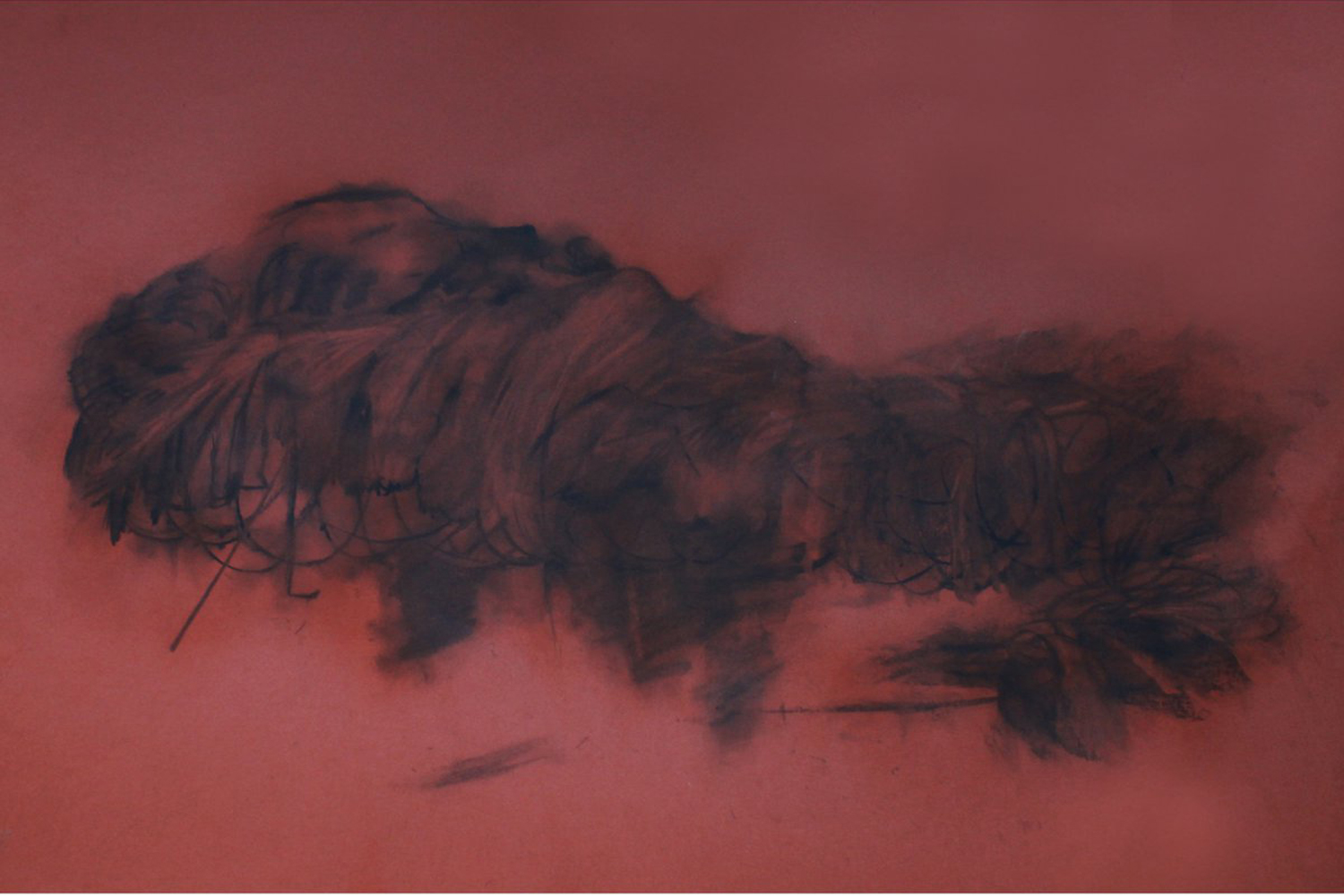 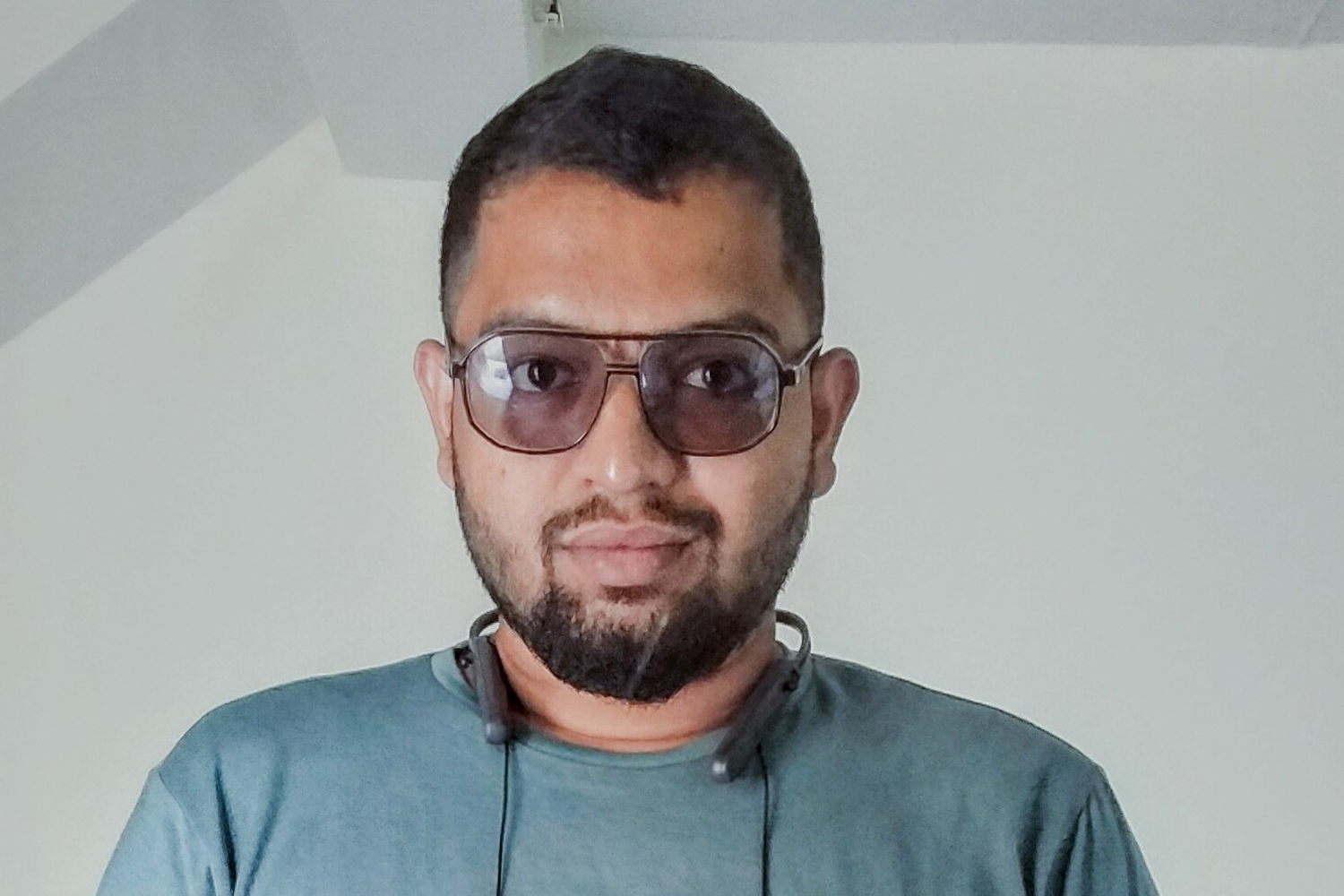