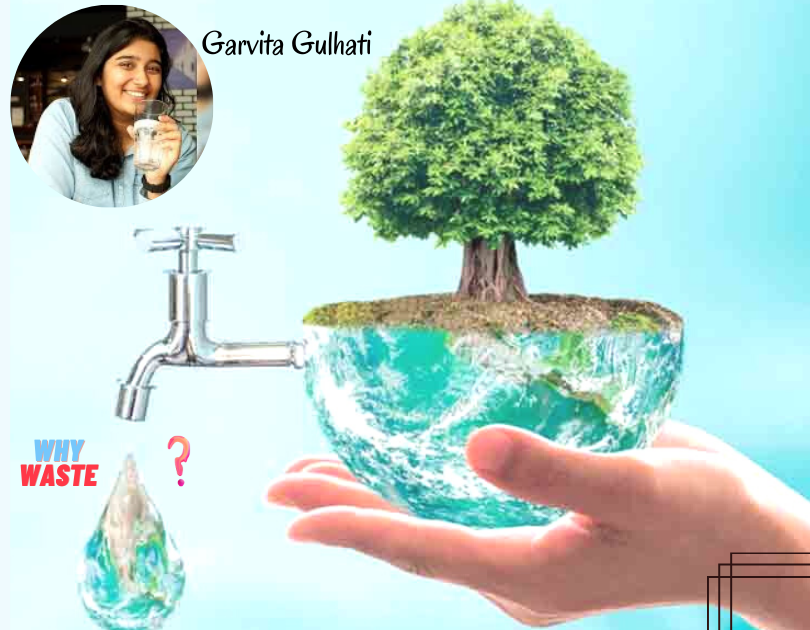 We all know about the fast depleting natural resource- “Water”. Many great environmentalists and stalwarts like Sunita Narain and Dr. Rajendra Singh are working hard to save this precious resource, but there is still a lot of work to be done in this field. Among these geniuses is the voice of a youth icon - Garvita Gulhati. Not many had heard about this young environmentalist till a year ago but today she is a national hero. Garvita started her tryst with saving water at a young age of 15 years with half a glass of water at a time. Today, she is the founder of Why Waste, an initiative to save waste and is the only Indian among 60 children from 42 countries to win the 'Global Changemaker.’ Read on to find out more about this child prodigy who has raised awareness about water conservation through an innovative way.

Garvita, a high school student at National Public School in Bengaluru in 2015, was irked when she found out that a whopping 14 million litres of water are wasted every day in restaurants. The same year, she came up with the idea of saving water through the water left behind in glasses at restaurants. Garvita started her venture called Why Waste? www.whywaste.io a not-for-profit organization to change the mindsets of people towards saving natural resources like water and creating water-conscious citizens. What started as a small movement to save water has become an international venture. Garvita began the ‘Glass Half Full’ campaign with the non-profit organization and reached over 1 lakh restaurants across the country, asking the management to give customers only half-full glasses of water, sending across a pertinent message about the significance of a small glass of water. Studies show that customers waste 200 ml of water on every restaurant visit, wasting 14 million litres every year. Through her initiative Garvita has managed to save more than six million litres of water. 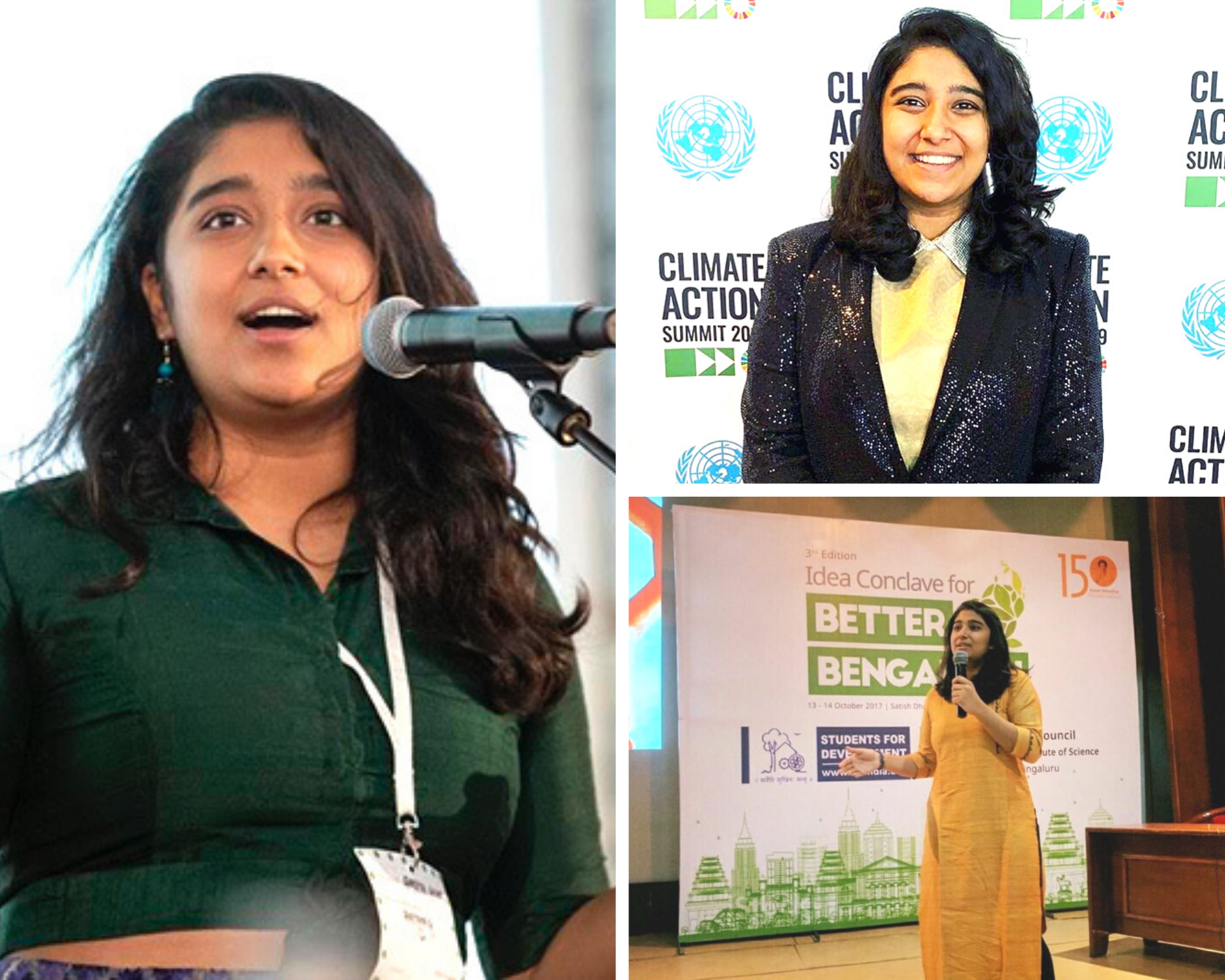 It was not easy for a 15-year-old to start this initiative. People did not take her seriously and on many occasions she was shunned out of restaurants due to her age. Many people laughed at her for trying to save water through such a minuscule amount of water. Most of her well-wishers asked her to leave this pointless venture and instead focus on her studies. Many people said hurtful things to her too, but Garvita was determined to make a difference and do something big through her small effort.

Her efforts paid off eventually with Why Waste?’s #GlassHalfFull movement going viral all over the country in 2019. Today, it has reached over 5 lakh restaurants in India. In 2016, Garvita was recognized as an “Ashoka Youth Venture” by Ashoka Innovators for the public. It is the world's largest network of social innovators and reformers. In 2020, the Govt of India (Ministry of Jal Shakti) named the organization “Water Heroes” , as the largest youth-led movement working towards water conservation. The team was a part of Republic Media's Har Ek Boond campaign and also official knowledge partners with CNN's Mission Paani. Today, Why Waste? The team is spread across four continents, with its movement gaining popularity in 8 countries. In addition to the campaign, the team has launched 13 stories anthology - "The Sustainability Stories" to inspire young children to learn about sustainability and do their bit to conserve nature. The latest feather in their cap is the app.whywaste.io, an app to calculate a person’s water footprint. It helps people save more than 100 litres of water daily through easy-to-do tools. Till now, Garvita and her team has saved more than 6 million liters of water from being wasted and reached out to over 4 million people across the world through various initiatives.

There are no shortcuts when you want to do something worthwhile. You need to have the passion and determination to see your dream come true. Such was the case with Garvita too. At a young age of 15, when she found out about the sheer waste of millions of liters of water, she decided to do something for the environment. Her small efforts to save half a glass of water at restaurants turned into a national movement over time. Today, she is helping people and conserving a precious resource on an international arena. Garvita has always believed that if you want something, you have to be the change. “Start by making small changes, and if you have the vision and efforts, it will snowball into something big.” After getting such a positive response from people, the government and environmentalists, Garvita is more determined in her endeavour and wants to inspire the youth of the country to contribute towards nature in their own small ways. Her secret to success lies in believing in herself.
“You can create a large change through small efforts” 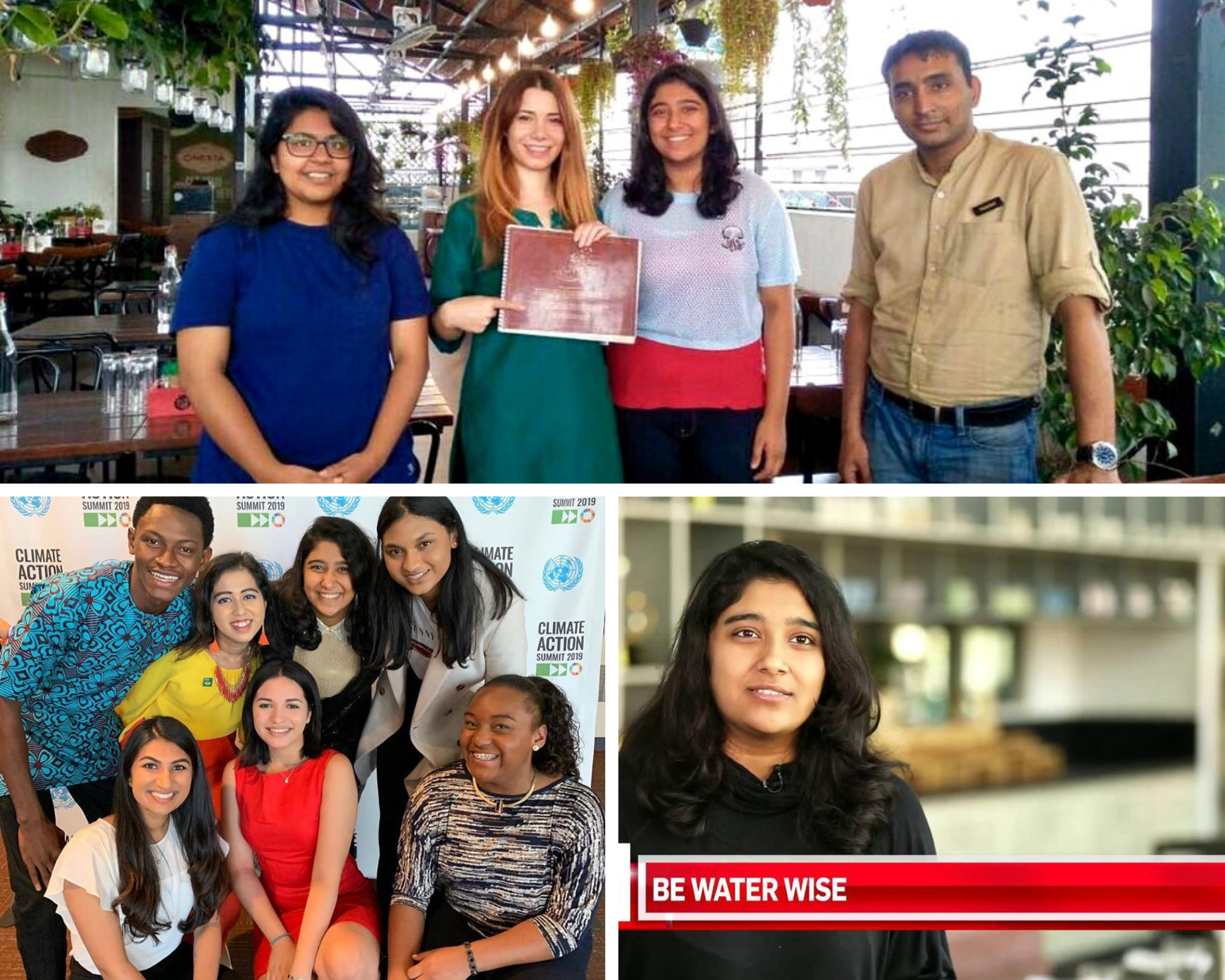 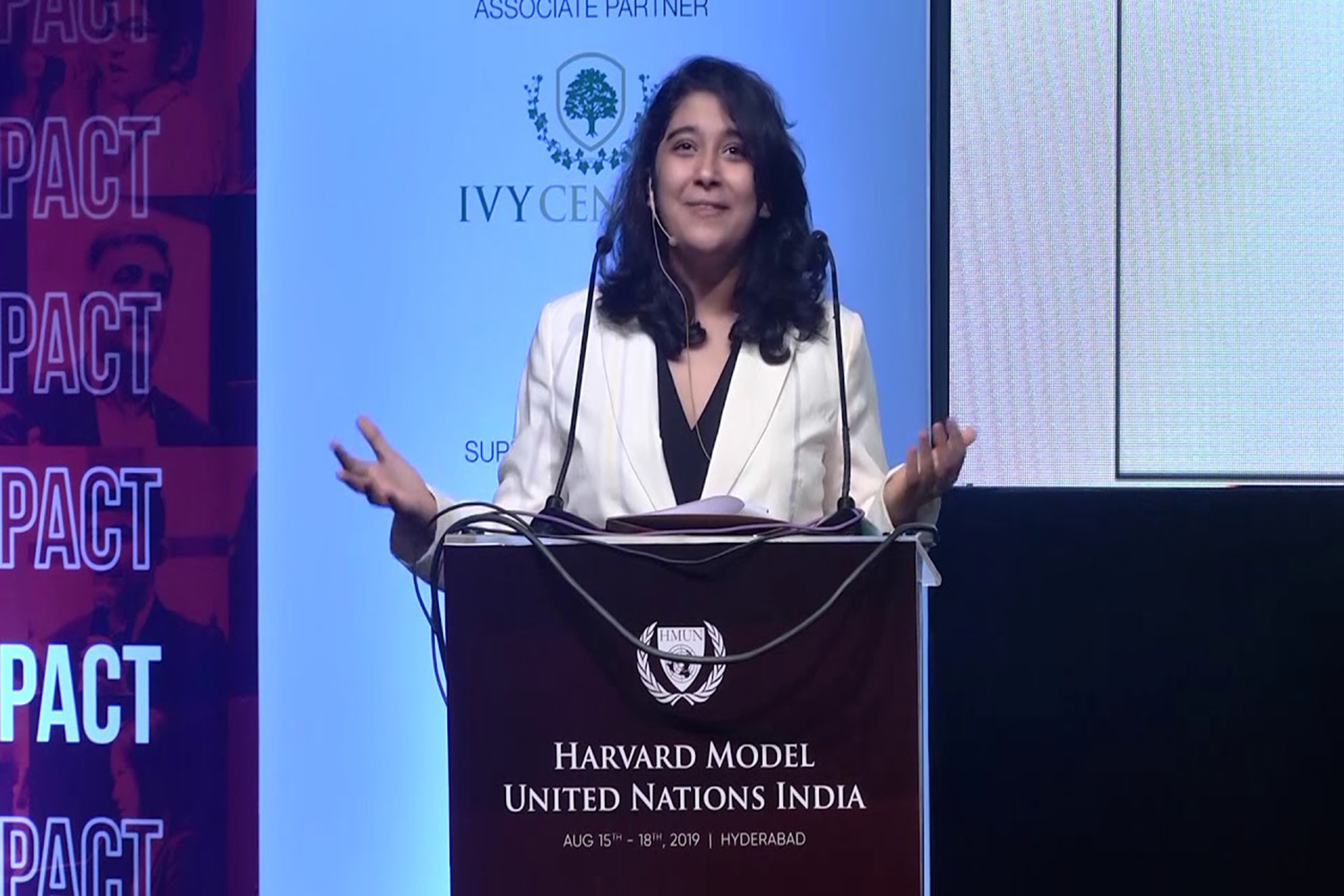 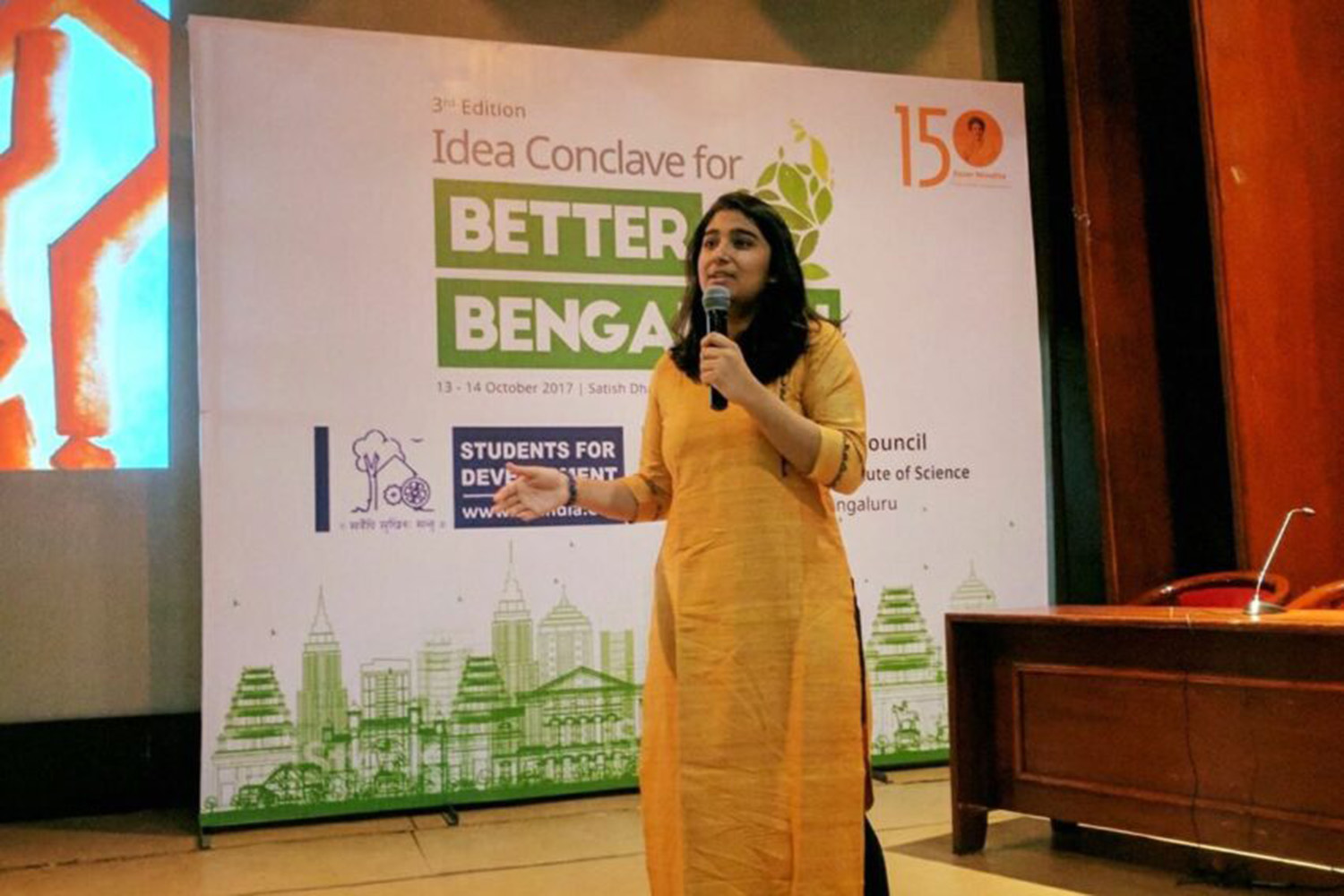 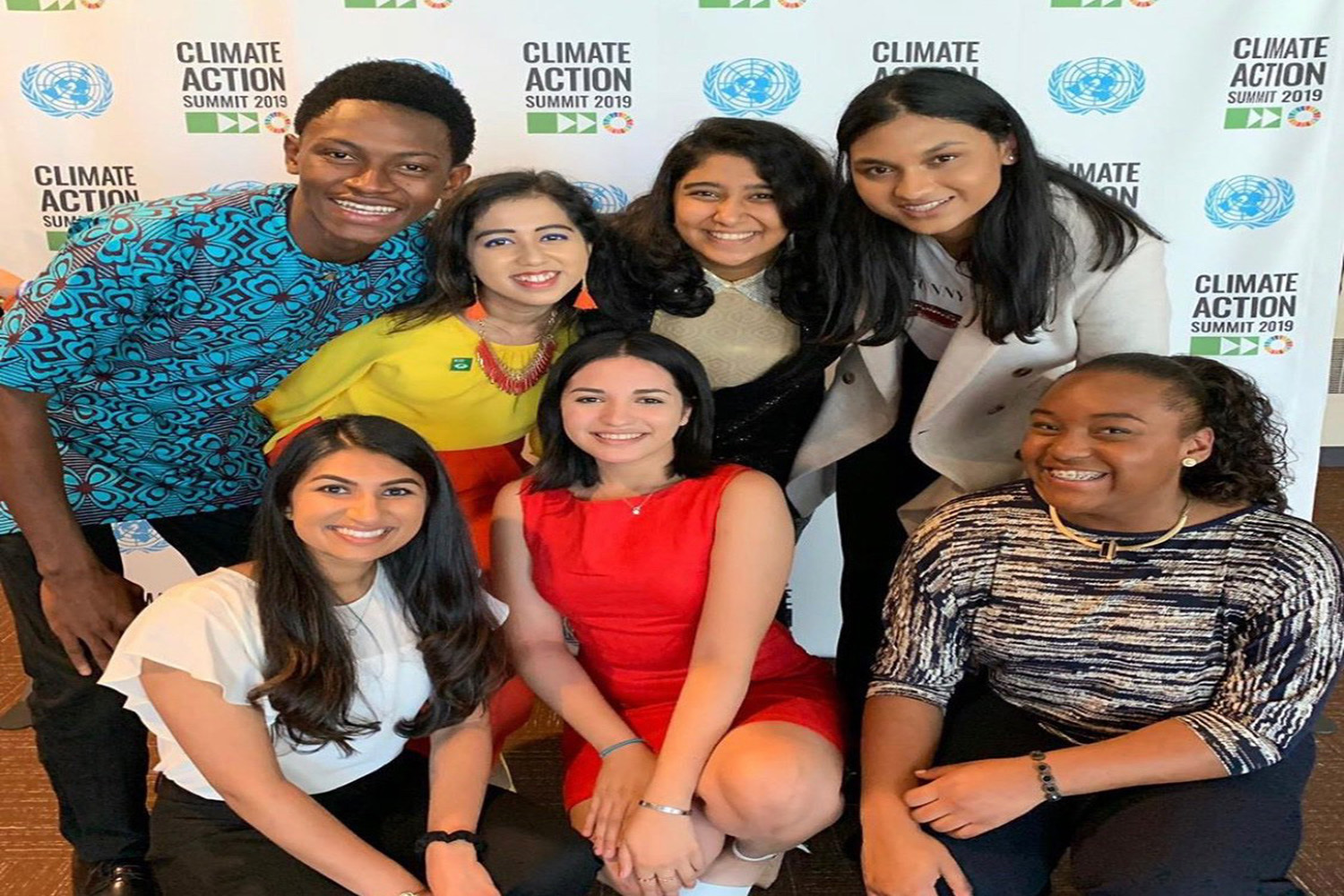