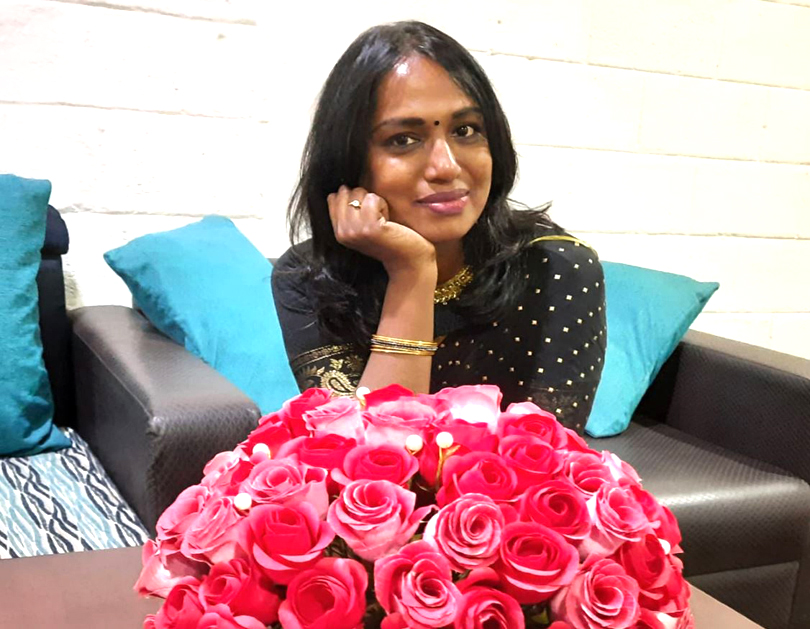 Donning many hats of gender rights activist, poet, writer, actor, motivational speaker, filmmaker, artist and an entrepreneur is the real iron woman of India- Kalki Subramaniam. Ridiculed and embarrassed in her teenage years for being effeminate, Kalki took the bold step to embrace her true identity of a transgender. Today, she stands tall with pride as a transgender, helping others in the same boat and making a mark for herself and her community. Here is her story of strife and struggle and how she overcame it all to become the woman she is today.

Born in an upper-middle-class family, Kalki was a typically bright student who did well in school. She went on to do two master’s degrees in International Relations & Journalism in Mass Communication before she found her true calling and started working for the transgender community. But it was not an easy ride. She faced a lot of criticism and bullying in school for her feminine ways as she battles hero confusion. Kalki remembers, “When I was a child I was unable to express my feelings to my family and other people so I took up art and poetry to express myself, I used to write with pen and paper and always used to scribble in my notebook.” Little did she know that what she took up as a vent would bring her recognition.

In 2008, Kalki started Sahodari Foundation to empower the transgender tribe, giving them legal, social and political rights. When asked about the kind of work Sahodari does, Kalki proudly said, “We focus on Activism and Art. We have a project called Red Wall through which we raise voices of the community and encourage them to speak about the physical, physiological and social abuse which they go through. We encourage them to write a testimonial about it and we take that to the public for discussion and debate. We have Tran Heart project to encourage Transgender community to earn a livelihood through Art & Craft.” Besides that, the foundation has many exhibitions and workshops to enhance their skills and improve and develop their artistic talents.

Art - A way to reach the heart

Kalki had a close bond with art from her early days. She uses it to express her emotions. Since 2015, she started offering free sessions and workshops to the transgender community to help them earn a living. In fact, her art has reached global shores and she has been invited to the USA, Canada, Netherlands, and Germany to speak on art and activism. In 2018, she was invited to Schwules Museum to present her artwork, poetry, and films. Some of her poetry was even translated into German. Speaking about her art Kalki says, “My art is diversified. It is about nature and abstract images. I mostly draw faces. I like to convey the beauty and the pain.”

Kalki has tried her hand at acting and has done two films in Tamil and one in Hindi. She is the only transgender to have done a lead role in a motion picture. Her movie Kalashnikov - The Lone Wolf, won the best film jury at the DadaSaheb Phalke Film Festival. Speaking about her tryst with acting Kalki said, “I really don’t have a passion for acting but when the opportunity came to me I loved it. Acting is also something very natural for me like poetry and art. I don’t want to be an actor but whenever I get a great role I won’t miss it.”

Kalki - The Poetess and Author

Kalki had been penning down her thoughts, angst, and feelings on paper since school days. She loved this way of expressing her feelings. In 2014, she collected all her poems and published them as ‘KuriAruthean'(Phallus, I cut), published by Vikatan. Three of her poems were translated into German too while six of them were adapted into short films directly by Kalki herself. Kalki writes in both English and Tamil and has written extensively about trans gender equality. Presently, she is working on her second Tamil book and one in English too, a book named ‘We Are Not The Others’.

Kalki’s list of achievements is long and being a successful entrepreneur is one of them. She forayed into entrepreneurship when a young artist came to her to promote his craft. Kalki invested in his products and began selling them online and that was the start of Kalki Enterprises. She loved the feel of this work and plans on starting a new venture called Kalki Organics, offering organic personal care products.

The latest feather in her cap is that of an inspirational speaker.She was invited to Harvad Los Angeles and San Francisco, where she spoke about her life as a transgender and also read some of her poetry. Speaking about what drove her into this field Kalki said, “ My life and the life of people like me and all the struggles we go through made me into a speaker. I felt that our voice needs to be heard and become a source of motivation for many other closet transgenders.”

Kalki is a true source of inspiration for other transgenders and people in general. She has taken the social stigma of being a transgender and transformed herself into a confident, young person who is living her life on her terms and helping others like her. Advising anyone who wants to follow her path, Kalki says, “ There might be a lot of failures, but never give up. At times life will be extremely difficult but every roadblock has a purpose, recognize it and use it in your favour. Be there for people who need you and never miss the magic moment of being loved and expressing love.” Riding high on this philosophy, Kalki has surpassed all her problems and taken on new roles with aplomb
A true inspiration for one and all! 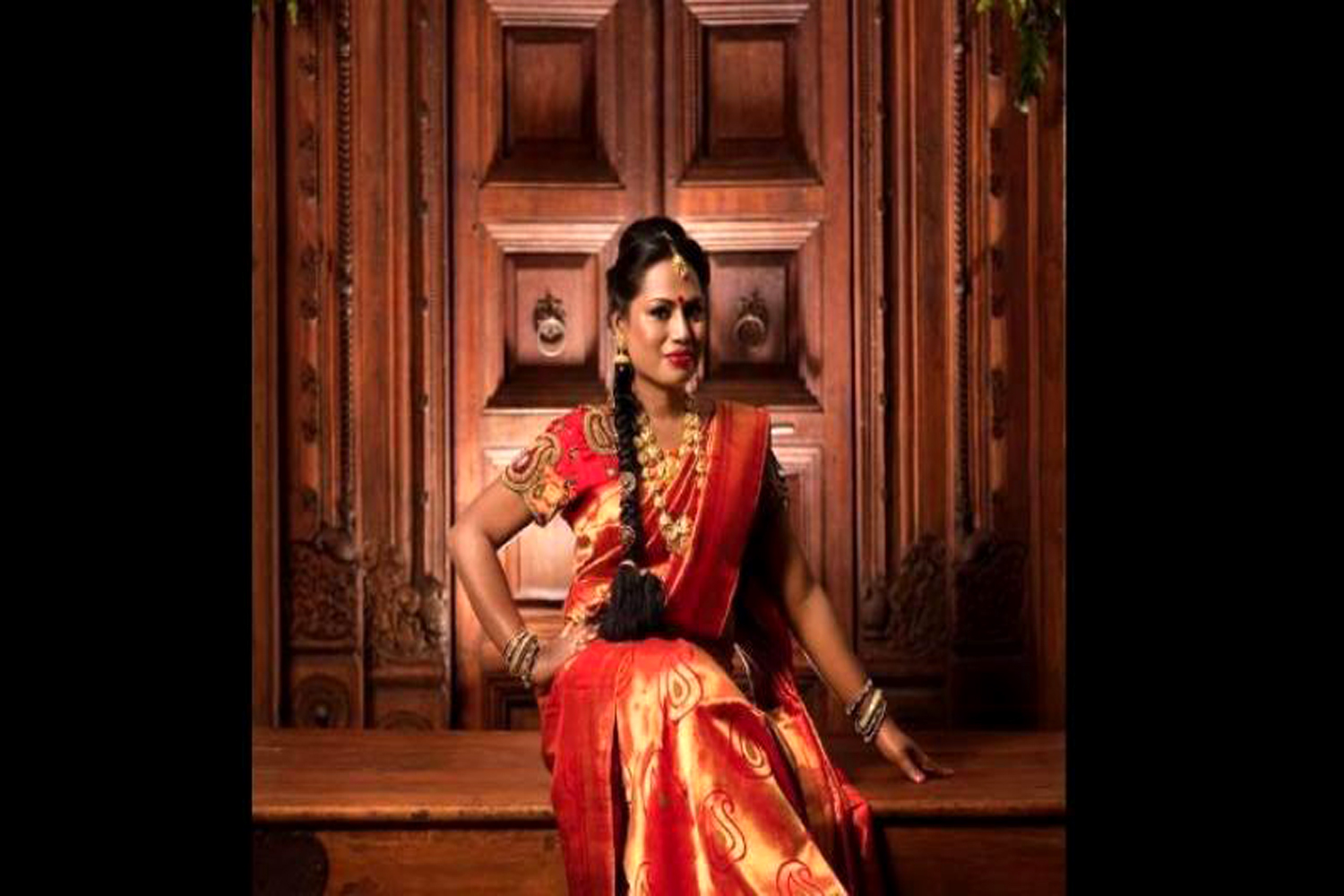 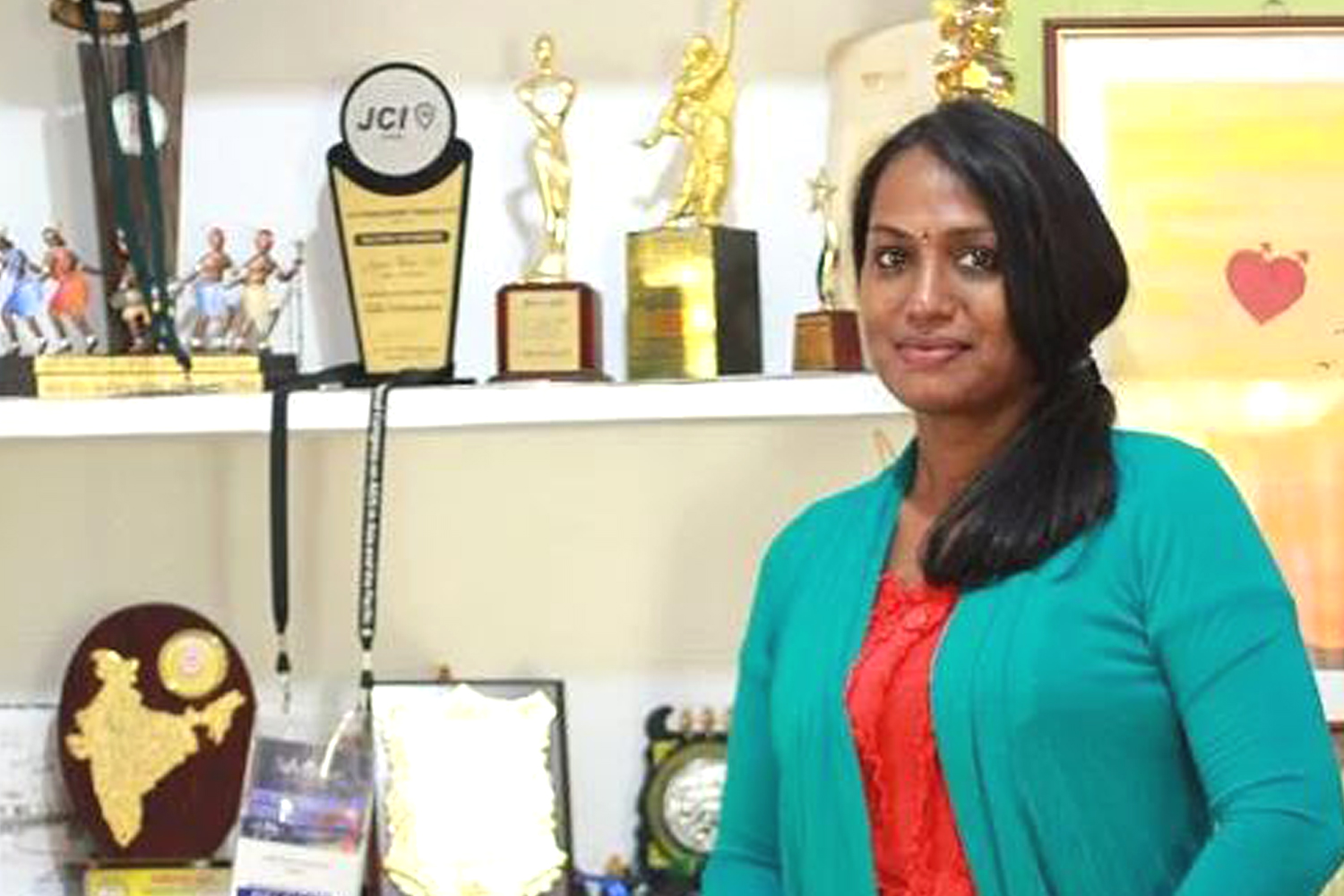 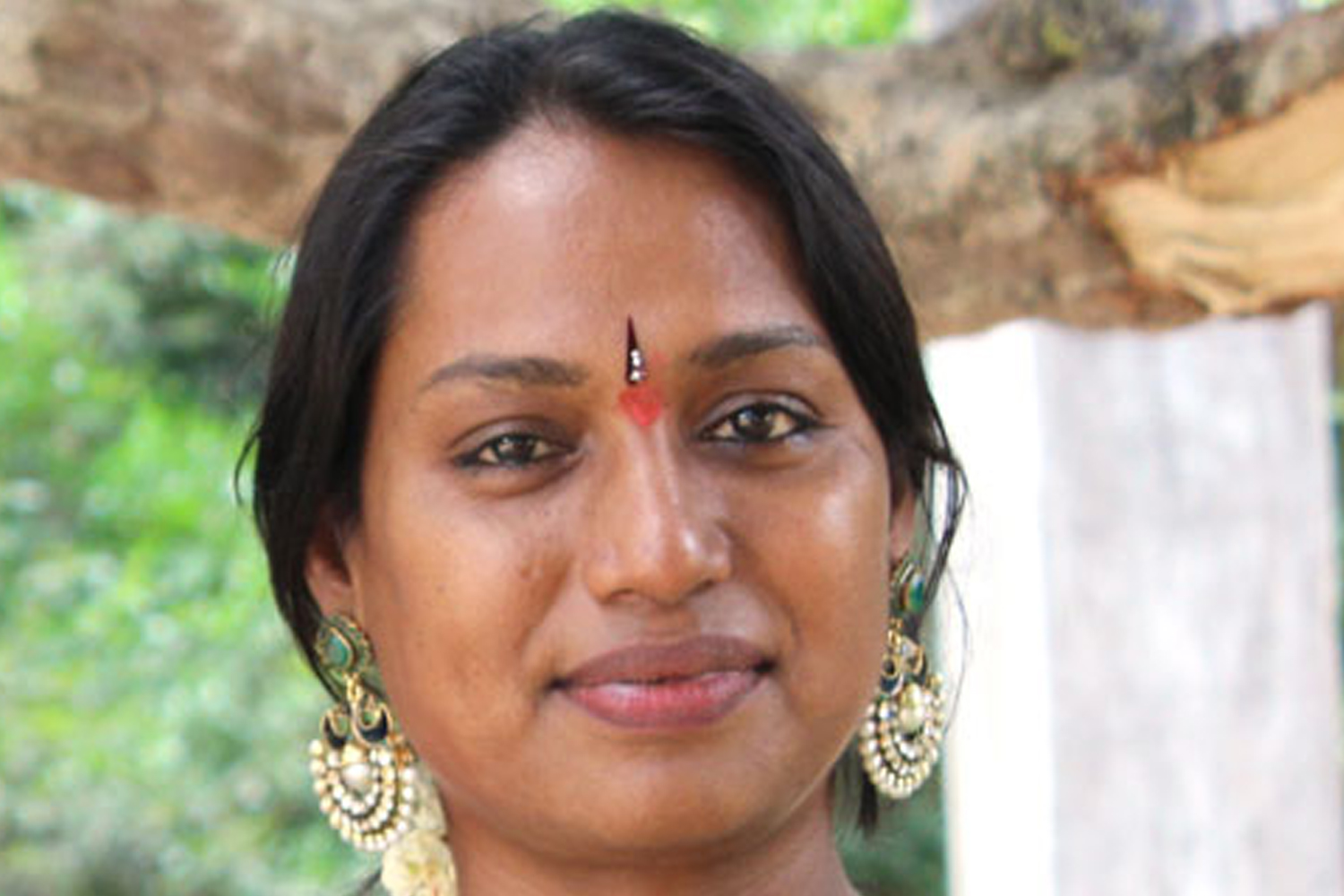 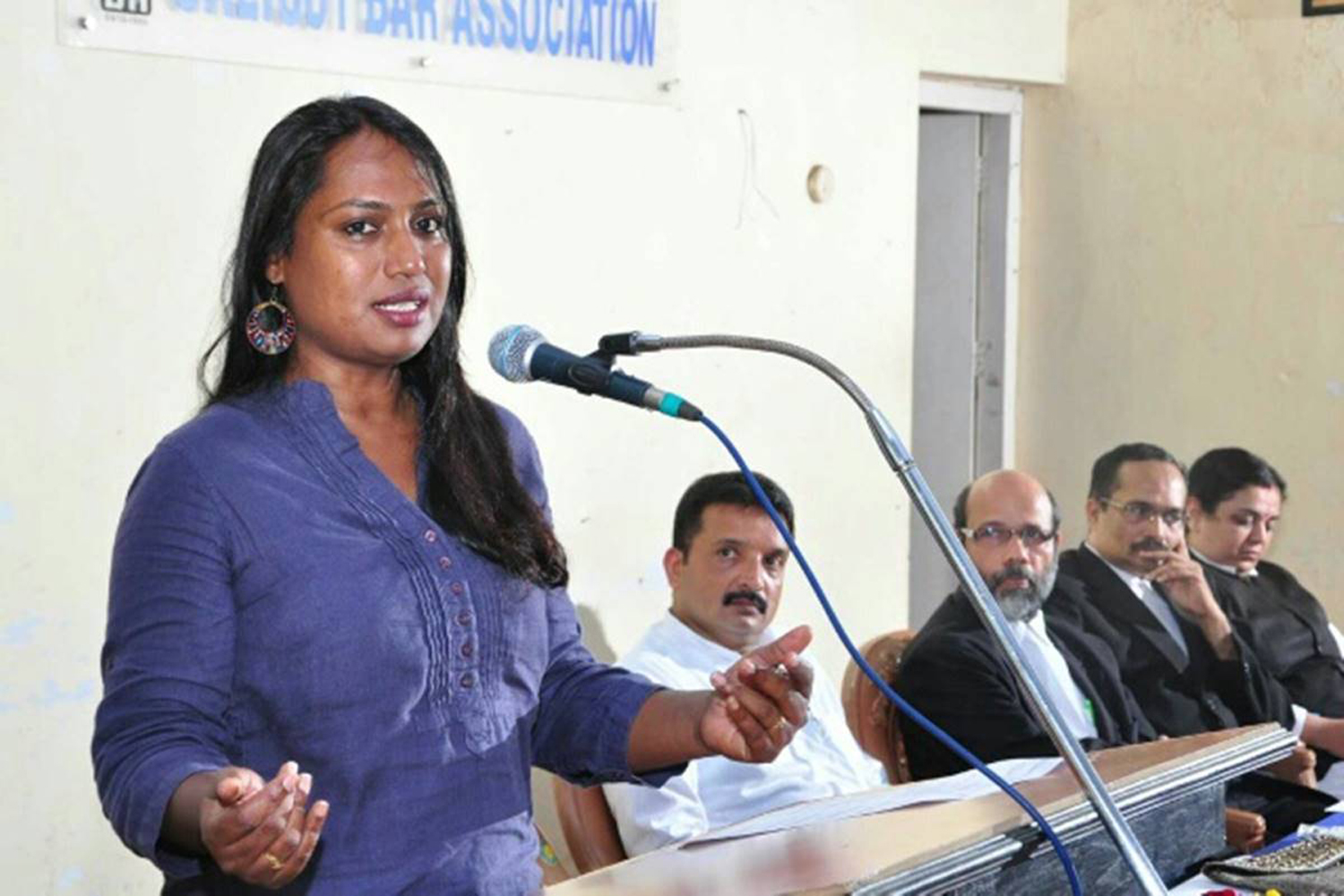