It is said: Age is only a number, and Kiran Dembla, a 45-year celebrity fitness trainer, bodybuilding world champion and DJ has proved that beautifully. This story is about a girl whose world was only about her family but a chronic illness completely changed her world, and she went on to achieve incredible feats that most of us only dream of. Read on to know more about this wonder-woman who is a pillar of inspiration and strength for all those who want to fulfill their dreams. This feeling of not being able to do these small things in life kept triggering in my mind and it bothered me so much. And then I decided that I should go swimming because it made me feel good. After a month from then, I joined back for swimming and in just three days I dived from 8 feet. I gathered the strength and was able to do it. And then continued swimming for almost a year. I began to tan and then I decided to stop swimming and joined a gym.

A post-graduate in music, Kiran was leading a quintessential Indian woman’s life, married with two children, looking after the family. Her nonchalant life was engulfed by a whirlwind when she was diagnosed with a blood clot in the brain.
Kiran started to keep unwell and was on heavy medication that made her weak and sleepy. Soon she started retreating into herself. Kiran recalls, “After finding out about the blood clot, I felt like I lost myself. I stopped looking at the mirror. I stopped doing my hair. I was no longer the beautiful girl that I was in college. I stopped going out of the house and restricted myself to the house, kids and my husband. The medication for my clots was so heavy that I slept a lot. This had other repercussions. I started putting on weight and went from 52 kgs to a whopping 75 kgs. I had many health issues.”

One fine day when Kiran looked at herself in the mirror, she did not recognize the person staring back. This was the turning point in her life. She decided to take charge of her life. What started as a way to lose excess weight turned into her taking bodybuilding to the international arena. Kiran reminisces, “ I started with yoga to regain my concentration and lose weight but soon that stopped. So I started to go swimming, and enjoyed it a lot. Though I had pain in the brain due to the medication I decided to persevere.”

Now Kiran was motivated to lose weight and get her life back on track. She joined a gym and started working out full-fledged. “Even there, I faced hurdles as I had never spoken to boys, and there were so many of them in the gym. So I would workout in one corner, but soon, I overcame that fear. Now my complete focus was on losing weight and becoming fit. With hard work and perseverance I lost 24 kgs in 7-8 months.”
Kiran loved the life she was leading. She was much more confident and fit. Now she wanted to open her fitness centre, and after doing a course on American Muscle and Fitness Personal Trainer, she started her gym. 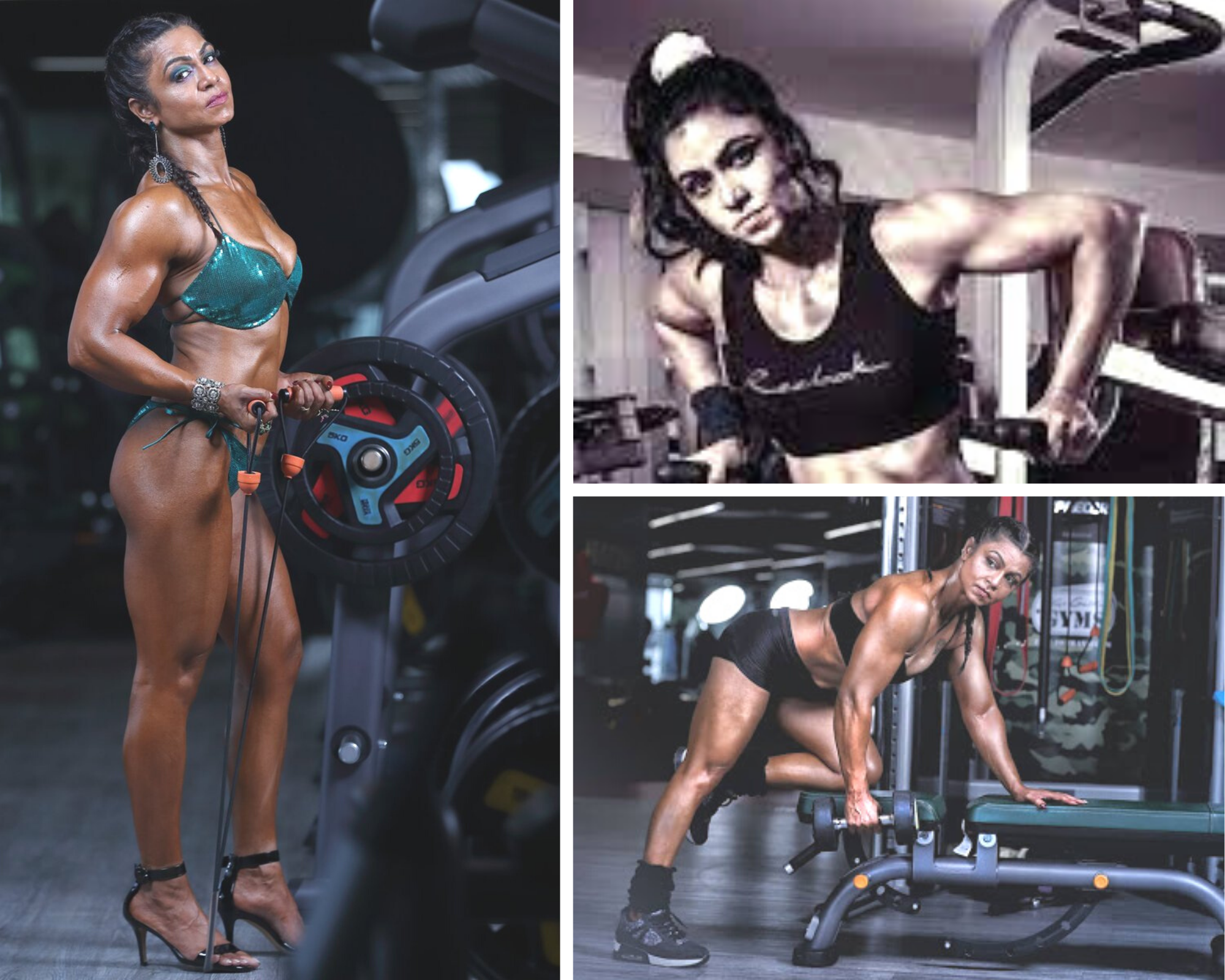 Foray into the World of films

Now Kiran was a fitness trainer with a body that most of us only dream of. During one of her training sessions, Ram Charan Tej, a South Indian actor and producer, saw her and asked her to train his wife. Kiran smiles, “From here on, there was no looking back. I trained Tamannah, Taapsi Pannu, Deeksha Seth, Prakash Raj, Rajamouli and Anushka, among many other celebrities. I loved my life, and I knew this was just the beginning.”

Doing exceedingly well in her new life, Kiran, now wanted something more. So at 37 years of age, she decided to build a six-pack body. “I was unsure of being able to attain this feat due to my age, but I was up for the challenge. I had achieved so much till now and I knew I could get this too. So I started training hard with a strict diet and in 6-7 months I had a ripped body. I faced a lot of criticism from family and friends as women in India do not get into bodybuilding but now there was no looking back.”
Kiran loved this phase of her life as the Indian Body Building Federation asked her to enter the World Championship in Budapest. “I was apprehensive about taking part as I had to sport a bikini, and my husband was against it, but after much convincing, he agreed”, remembers Kiran.

Stumbling blocks along the way

Life had never been easy for Kiran, and even for the World Championship, she faced many roadblocks. From convincing her husband about wearing a bikini to handling the criticism from family.
“As if these issues were not enough, there were three deaths in the family, and I had to stop my training just 15 days before the competition to be with my mother-in-law. I could not train there nor could I eat non-vegetarian food, which was critical for my body.”
But as Kiran always says - Where there is a will, there is a way! She was determined to participate in this event, so she convinced her neighbours to cook meat and eggs for her, which Kiran would eat there on the sly. She also convinced her husband to let her go to the gym nearby to train.

After all the hurdles and stringent training, Kiran finally reached Budapest for the event. She stood 6th among 20 participants. “ It was the most memorable moment for me as I remembered how I started my journey and what all I had been through to be able to reach Budapest.”

More feathers in her cap

A world championship participant, a celebrity trainer and a musician, Kiran, realized that she always had a desire to do more, and so she did.
Kiran trained to become a mountaineer and scaled Mount Everest thrice. She became a TEDx speaker inspiring many others like her to seize opportunities in the face of difficulties.
And finally Kiran turned back to her first love - music. Today, at the age of 45, she is a popular DJ. She has won the Debut Female DJ Award from the Telangana Chamber of Events Industry in Telangana and loves to be surrounded by music. She is also a budding photographer, capturing all her precious moments in pictures.

Words of advice for youngsters

Kiran Dembla is a source of inspiration for all. She has transformed her life 360 degrees only because she had the will. For people like her who want to lead a life of their dreams, Kiran says, “ Women never put themselves first and always seek permission from their parents and then husbands. But as an individual, you owe it to yourself first. I discovered my inner peace through all that I achieved and urged everyone to do the same.” 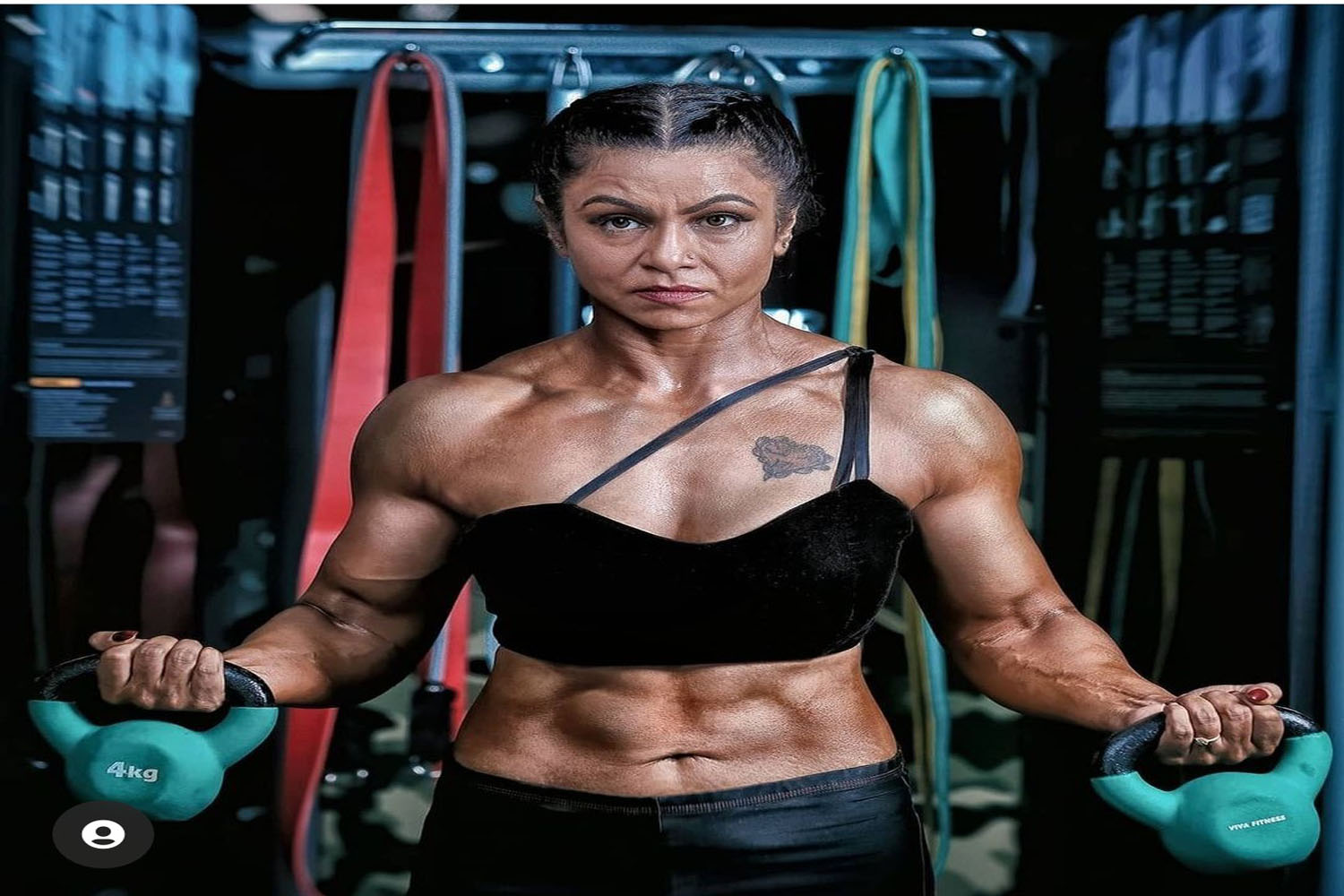 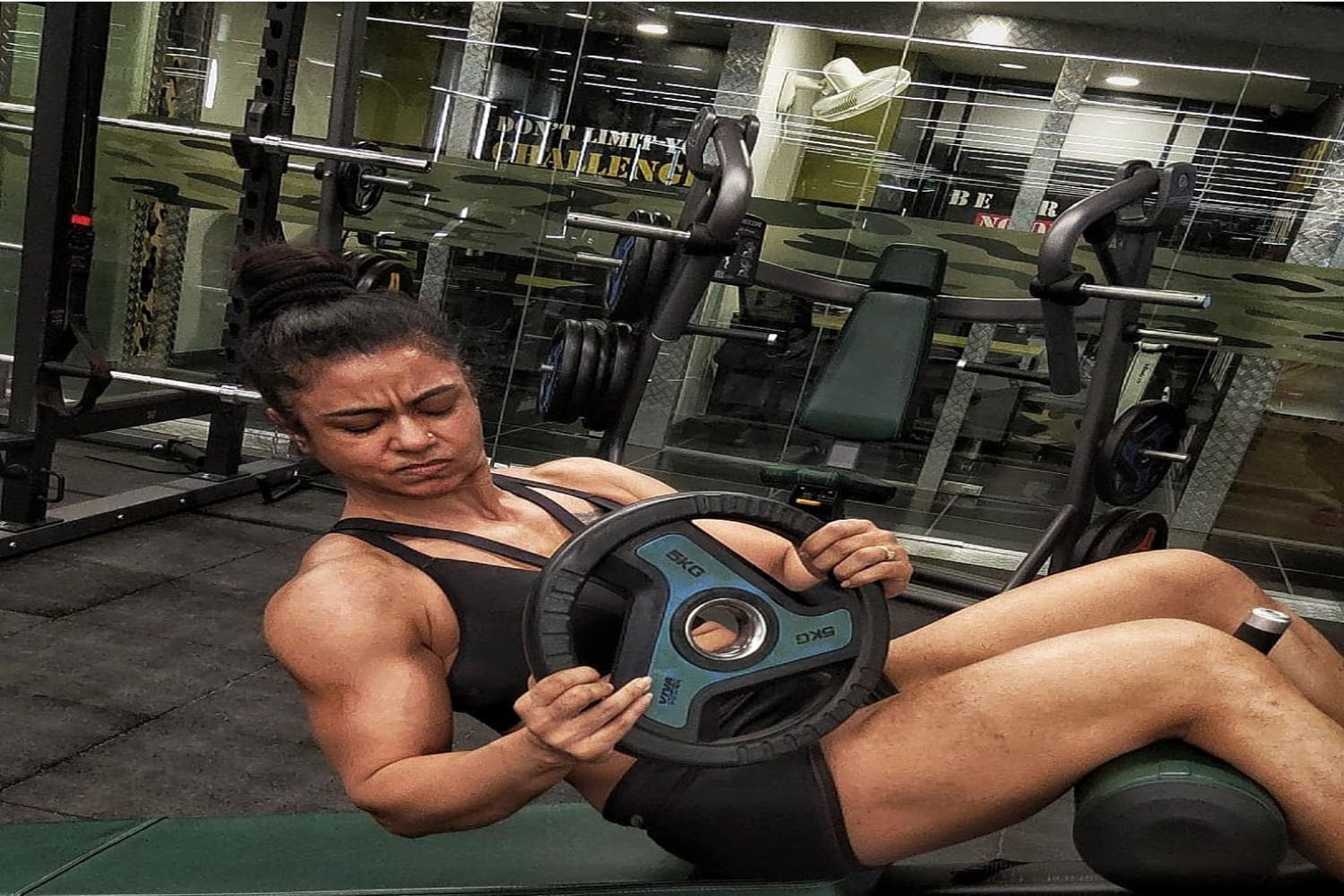 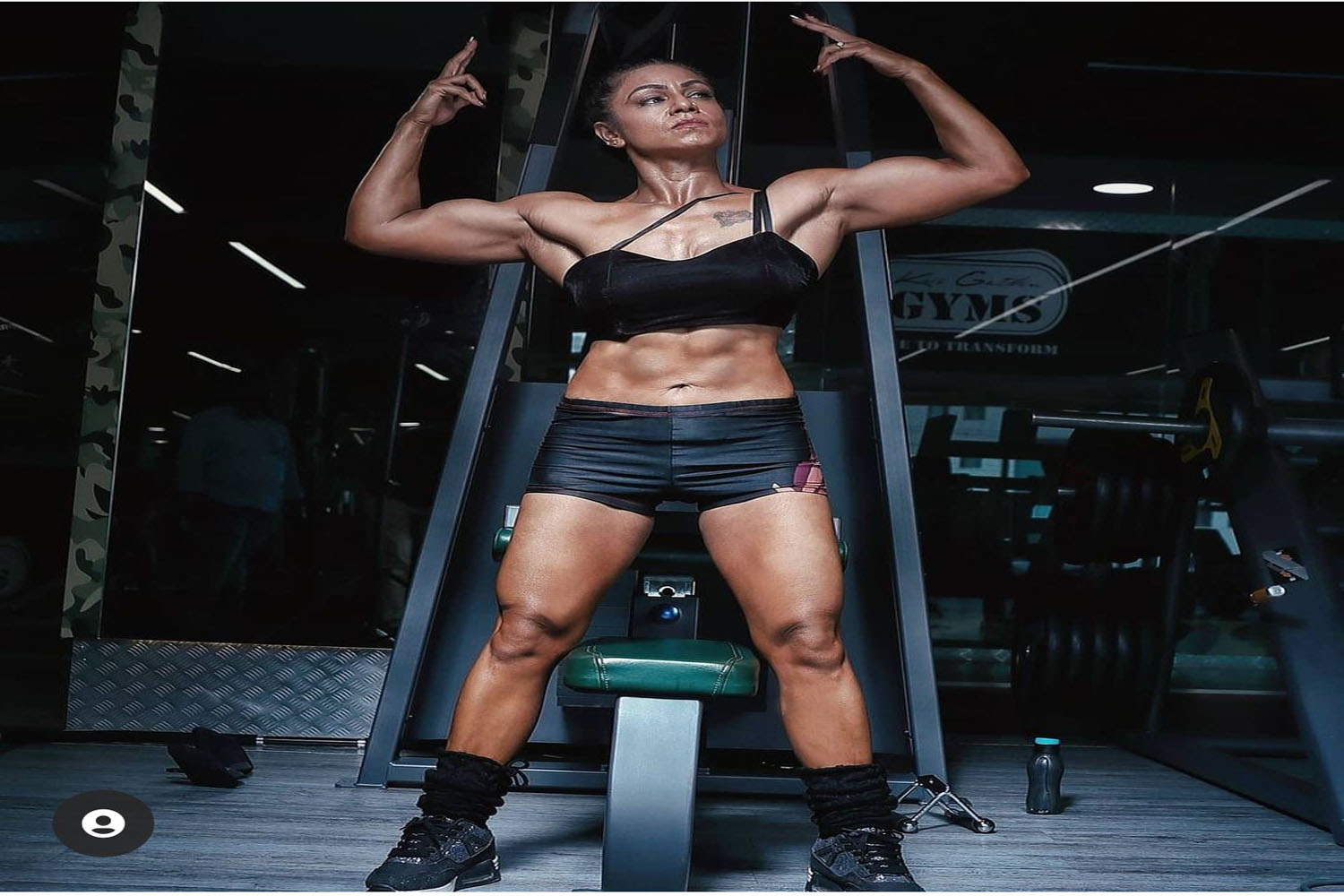 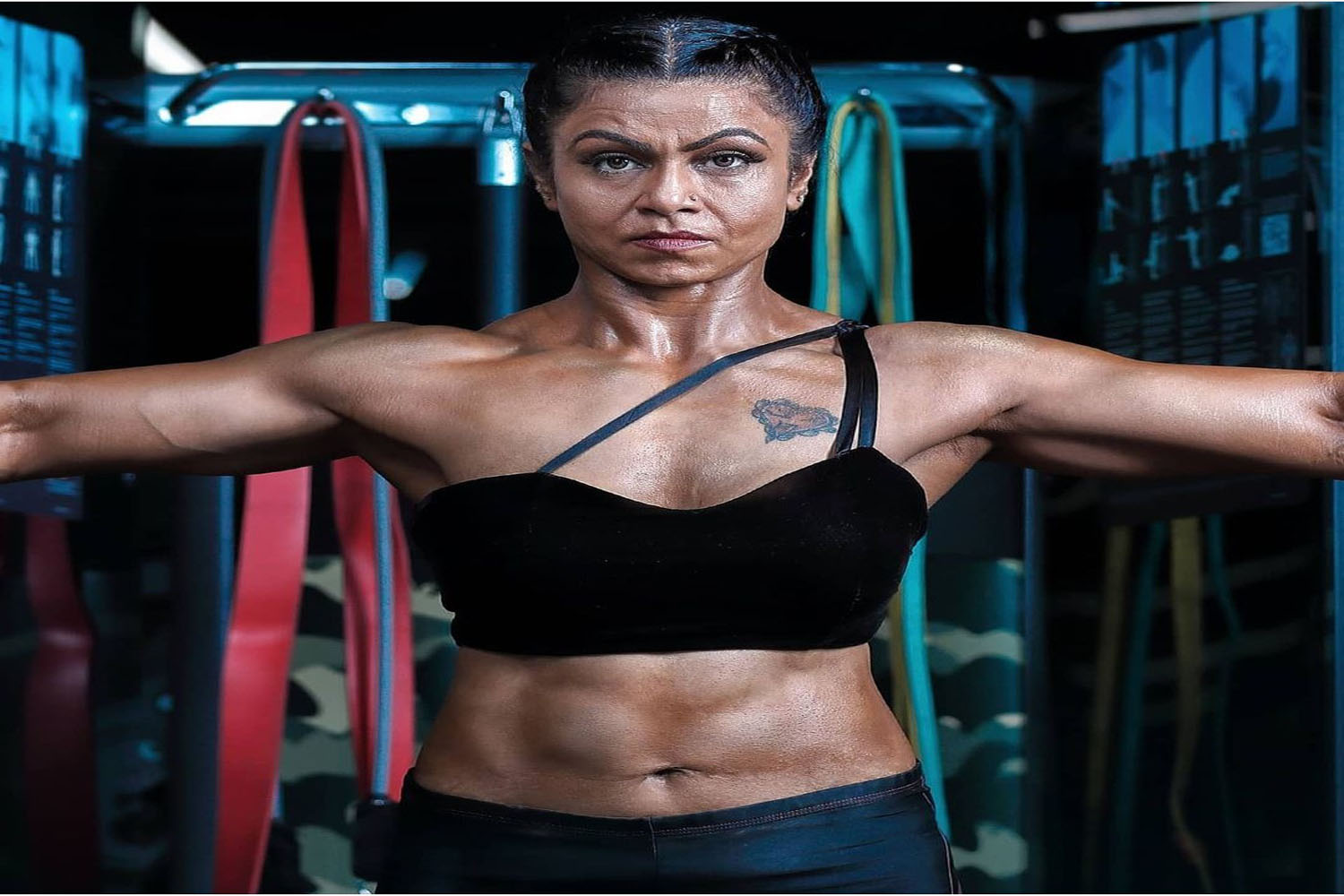