"Neither Christ, nor Krishna, nor Superman, No imagination can rescue humanity. Each of us is the only helpline, Human salvation is human responsibility."
― Abhijit Naskar, When Veins Ignite: Either Integration or Degradation
Each community member wants to be safe, healthy, and productive in all facets of their lives and work. To use all of society's comforts, it is vital to have a healthy economic base and superior public services. Individuals may gain by providing social services and social work by increasing awareness, and they may assist society by creating employment opportunities via their efforts. Bearing this in mind, we have a man born and bred in a small hamlet in Bihar but who always desires to help humanity unselfishly. Nawneet Ranjan has great respect and appreciation for his substantial contribution to society and his nobility with incredible traits.

Born and brought up in Bihar, and is the child of an educated family, with their father being the Professor and his mother being the school's teacher. He did his schooling at Ramakrishna Mission Vidyapith, Deoghar, and went to Delhi University to study Bachelors in Arts.

Moving ahead in his Career

After graduation, he pursued his studies in filmmaking at the Academy of Arts University. For almost seven years, Ranjan has been a resident in the US. He went on to create films and documentaries for television when he completed his studies in San Francisco. "I kept in touch with people who lived near the Dharavi Pipes. The decision was made to demolish their dwellings and move them beyond the city," he stated. Nawneet opted to travel to Dharavi (a slum in Mumbai), where he would spend six months with destitute youngsters on holiday from his profession as a filmmaker in the United States.

The success of Dharavi

Mr. Ranjan, a former instructor at a San Francisco Art College, became engaged for the first time in 2012 to produce a documentary film called Dharavi Diary, which documents the region's residents' struggles. Despite its inclusion in several film festivals, Mr. Ranjan believes it has had little effect on the Dharavi populace, as he says. The film, dubbed Dharavi Diaries, earned favorable reviews from American filmmakers. Whatever attracted Ranjan's heart back to this area, he returned to Mumbai to do even more for the youth, whom he believes has a bright future if adequately monitored.

The Dharavi Diary program www.dharavidiary.org started with a small group of 15 girls and has evolved to include over 200 children, including some boys, who work in various shifts throughout the day. "Many of these girls' moms and dads are illiterate and unaware of urban design and planning issues. As a result, organizing them to have a voice when their areas are eventually redeveloped and redeveloped is challenging. However, even in a bit of a way, programs like this help boost people's sense of participation and awareness of the difficulties they face and how they may allocate resources to address them.

Vision and mission for Dharavi Dairy

Instead of India's rote learning approach, he thinks storytelling and technology should play a greater part in education. This is a significant change from the conventional educational system of the nation. Ranjan asserts that when one understands the process of creation, one develops a greater sense of responsibility. "This is something that our school system completely lacks," he argues. Through this, I can instill in others an attitude of questioning the status quo.

The motivation behind producing Dharavi

His motivation for creating the documentary sprang from the film Slumdog Millionaires. After getting excellent responses from various nations on Dharavi Diary, he felt determined that he wanted to do more to assist these people, especially the children, in whom he saw enormous potential. "When I arrived to shoot the documentary, I saw a general lack of concern for the destitute and the hardships they face," Nawneet continues. "They were the catalyst for my worldwide celebrity, and I wanted to repay them with the qualities I possessed."

During his 2011 visit to Dharavi, Nawneet saw firsthand how the Indian government was destroying the lives of thousands of residents living in densely packed communities. Dharavi Diary, his documentary, addresses the topic from four persons who have lived there for years. Nawneet made a vow to empower the area and its citizens as a result of this interaction. Nawneet is now teaching women how to design smartphone applications in Dharavi, Mumbai, to boost their confidence and technical abilities.

Dharavi Project: Getting the attention of the public

Dharavi Diary: A Slum Innovation Project in 2014, a project that has now attracted worldwide notice. Along with training over 200 students, the project uses technology to create products that enhance the quality of life for Dharavi residents while also stimulating social change. For instance, girls are learning coding, a skill that is becoming more sought after by businesses. They are developing smartphone apps that will address core slum concerns such as a lack of clean water and sanitation and sexual assault and harassment. Consequently, they prove that when supplied with the proper skills and chances, slum dwellers can overcome critical difficulties.

The focus on science, technology, and storytelling

Ranjan has taught coding to elementary school and college-aged children and created apps using the MIT app developer. He has also led a variety of workshops on robotics and innovation and seminars and workshops that would be prohibitively expensive for parents to send their children to otherwise. Ranjan has ensured that his slum innovation plan, ranging from teaching Dharavi residents, using mobile phones, and working with young people to develop apps, construct robots and produce art, lives up to his promise. More than 200 youngsters are currently enrolled in the Dharavi Notebook, where most of the skills they desire are acquired. In fact, at the Kala Ghoda festival, which is held in Mumbai early in the year, students from this college showed their works. Winning the Google Rise Award Dharavi Diary won last year's Google Rise Award for its efforts to empower youth via the creation of applications and websites. The non-profit organization is looking forward to fundraising goals from corporate sponsors and individual supporters and emphasizing technology.

Hunger Helpline to Dharavi with Love

Dharavi is home to migrant workers, daily wage earners, and some of the city’s most vulnerable populations. In 2021, the second wave of Covid-19 hit this community the worst. People working in the informal sectors are losing their jobs because of the lockdown. Many families are literally starving because they don’t have the money or access to food. Officials are not getting to every nook and corner. The migrant population are not getting any help from the government as they don't have local documents to avail PDS and even their employers have stopped their salaries. Dharavi Diary has a wonderful team of young changemakers who have been on the ground collecting the data of most vulnerable groups in dire need and distributing the essential kits to these families in need. Each Ration kit services a family of 6 for 2 weeks and costs us Rs 1000 (approx). Just 100USD on an average keeps 7 families fed for 2 weeks. We are starting our fundraiser with the requirement of ration kits for 3000 families. Last year, with kind contribution, we were able to serve close to 10000 families in the Dharavi neighbourhood.

Words of wisdom for the next generation of leaders

It is fantastic to create opportunities for individuals who are not restricted to a single place but are spread throughout the country. It is also environmentally conscious and focused on sustainable management. It should be preferable to give to one another and mother earth than to receive. He emphasizes that success is not a goal in itself but rather a starting point for doing more for the world and that it is a journey that everyone can benefit from.

Continue to work hard and intelligently, and you will soon be on your road to success. 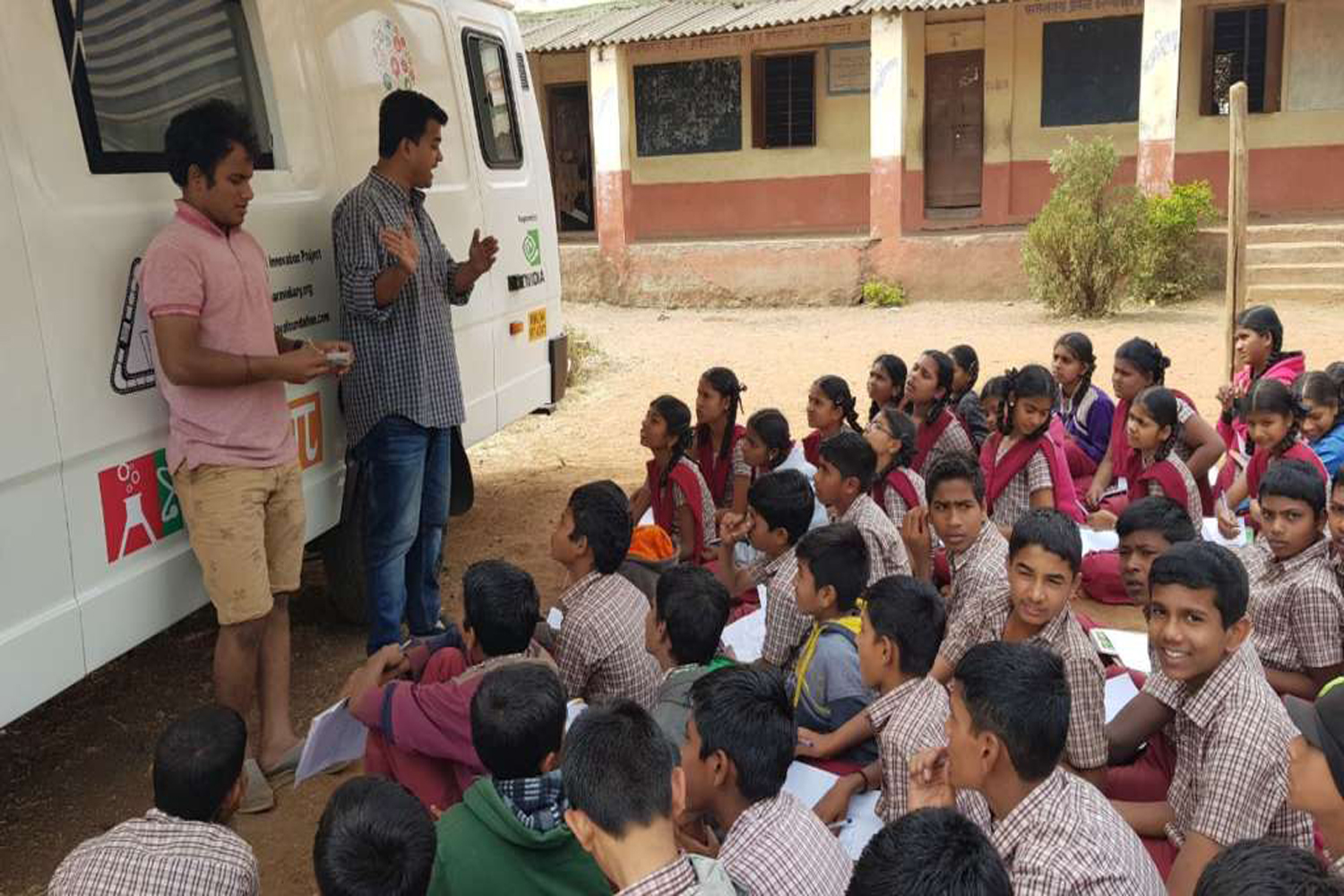 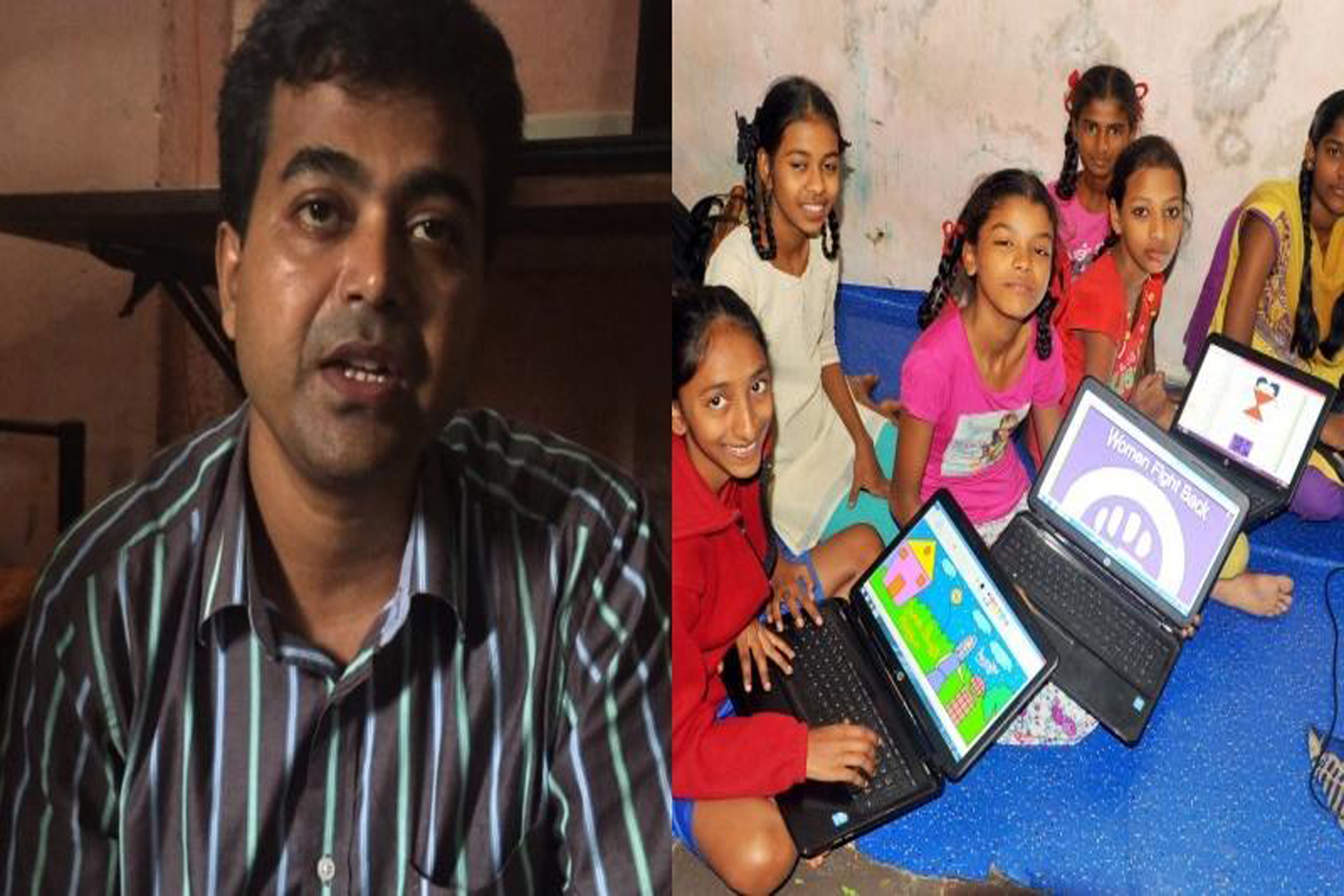 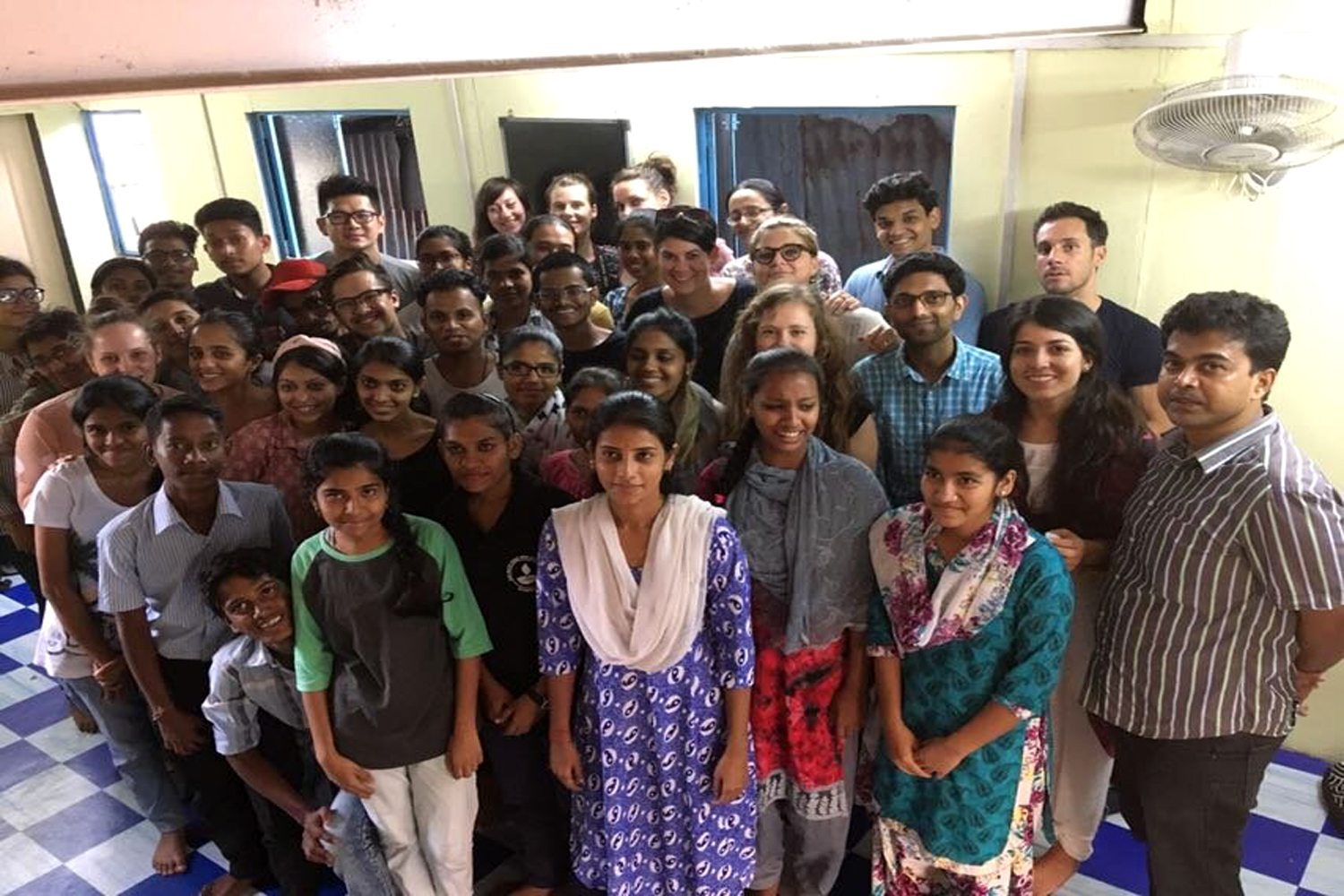 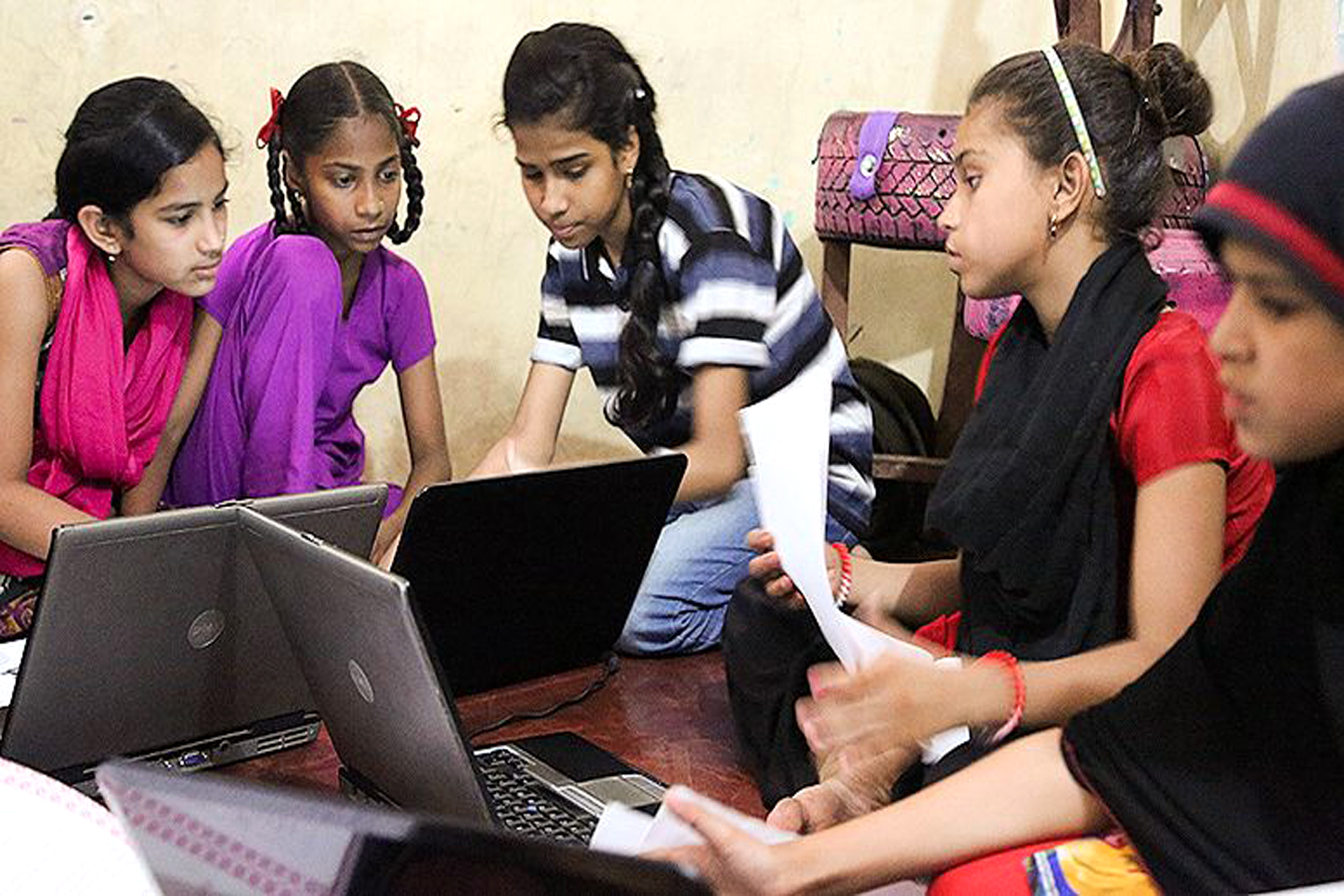