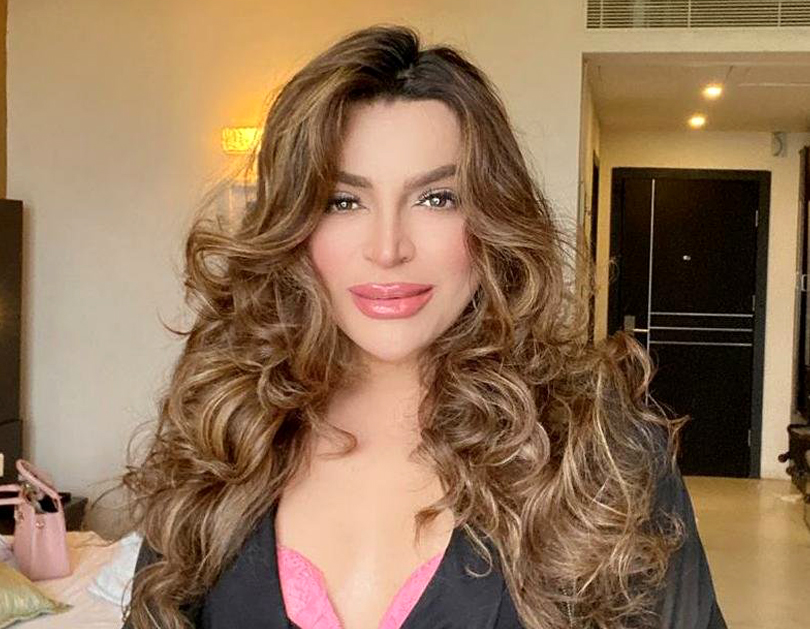 The journey from Mumbai to Miami

Ojas Rajani was born in Mumbai, the Financial Capital of India. Since childhood, she was a bright student who excelled not only at her studies but also participated in extracurricular activities. She had a terrific inclination towards Bollywood and was fascinated and observant with makeup. In the early days, she readily agreed to do makeup for all the ladies of her family. Beauty was somewhere down the line, always an inborn inspiration in her. She indulged in fashion shows and modeling in her college days to suffice with her inclinations. She went on to become a Chartered Accountant by passing out from the prestigious Sydenham College of Commerce and Economics, Mumbai. Irrespective of her qualification, she always wanted to become a makeup artist. But her parents were not convinced of that idea. Ojas Rajani worked as a professional CA for one year but soon realized that she was not meant to do that. She confessed this to her parents and convinced them of other career options. She grabbed a job as a fashion stylist, but with limited freedom, it was not going as planned. In the meantime, her mother was worried that she was becoming flamboyant in Mumbai and convinced her to migrate near her aunt in Miami, USA.

In Miami, she got into the prestigious Miami School of Design to hone her make-up skills. She underwent training and professional experience in Miami for at least six years before returning to Mumbai. After returning, she got in touch with multiple production houses enquiring about professional projects. She had connections with advertising agencies and production houses since her college days, and it became easier than expected to reach out to people. Given her portfolio, she grabbed the opportunity to work with Urmila Matondkar, who was looking for a makeup artist for her then-upcoming movie Rangeela in 1995. Ojas Rajani was unbeatable and exclusive in that period as no other makeup artist was skilled enough to manage both hair and makeup for movie stars. This was her kick start in the Indian Film Industry. When she started her career, she was not taken seriously by a lot of people. It took a little while for people to accept Ojas as she was. But soon her work spoke volumes about her. No prominent makeup brands existed in the market in those times. There were no specific tutorials or guidelines about makeup and hair artists. So figuring out the when, what, and why in the industry was tough, but Ojas emerged victoriously out of it. Soon her skills, experience, and work earned her recognition. She likes her work beyond perfection. Ojas Rajani’s work was loved by all, and she could do several other movies with Urmila. She got a chance to work with Aishwarya Rai for a Coca-Cola advertisement in the upcoming years. As she was also a hairstylist, she could become the brand ambassador of Loreal Paris for hair and makeup for approximately three and a half years. Her hard work, dedication, and expertise helped her in grabbing other projects as well for Aishwarya Rai in blockbuster movies like Dhoom, Jodha Akbar, Guzarish, Action Replay, and Robot. 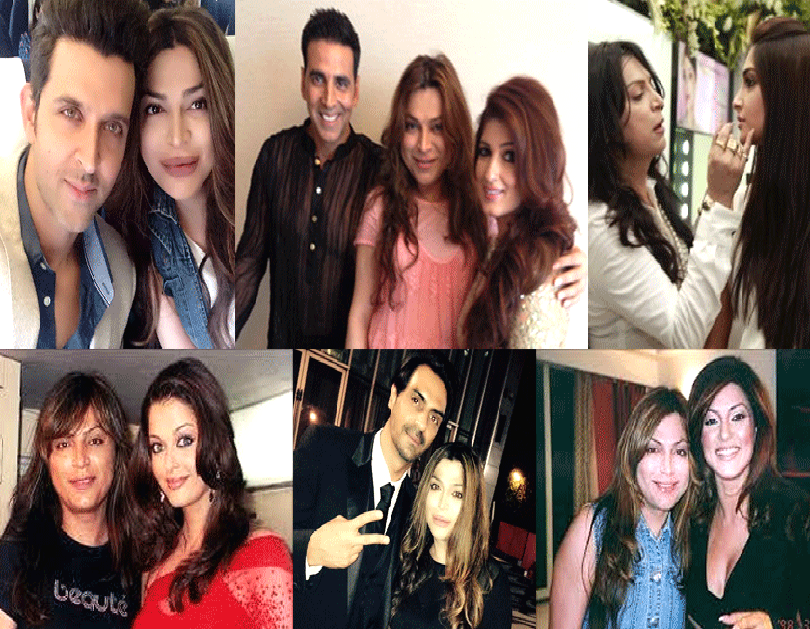 All dreams come with a potential to transform into reality

Ojas Rajani firmly believes that one has to manifest in life about what one has to do. Dreaming big and working towards it will definitely bring results. As a youngster, she used to watch Malaika Arora on MTV, and in her career, she got a chance to work with her. She credits her training in the United States as an added advantage in her career and for her skills. She also constantly upgrades her skills and approach in life. The hardest decision in her life was leaving her parents and moving to America. It was tough, but she became more responsible and honed her skills. Ojas Rajani advocates for the fact that one should always be true to their art & craft, parents, and themselves. She has owned a hair and makeup academy in Mumbai for the last ten years where aspiring makeup and hair artists are trained. According to Ojas Rajani, understanding face structures, bone structures, skin types, and hands-on training are a must-have to excel in this niche. Teaching makeup perfectly is also about contributing bread and butter for a lot of families. Ojas believes in teaching with full honesty and earning blessings for a lifetime.

Redefining makeup in the words of Ojas Rajani

Her definition of a makeup artist is the one that designs a human from head to toes. They have to have a vision about smiling, eyebrows, hairstyle, clothes, and other accessories. Ojas Rajani believes that beauty comes from within. Unless one feels beautiful from the inside and has that aura around them, no one in the world can make them look beautiful. With makeup and hair, it is only about enhancing the beauty externally. So being beautiful is a package of mind, body, and soul. How a lady carries herself plays an integral role in making her beautiful. Hence, it is not just about the improvisation that the artists do, but it is also about the charm, charisma, and aura that a person has that determines their beauty. Her style of makeup and hair is a package of passion, skills, and love, which keeps her on the cutting edge of competition.

Ojas believes that challenges are a part of life. When one takes challenges as a friend, they don’t remain tough. Amongst the toughest challenges that she faced was in Brazil while managing the makeup and hair of Aishwarya Rai without an assistant. The weather conditions were strange and extremely cold. Working on a larger than life project in a foreign country without any assistant by the side is always a challenge. For Ojas, taking such tasks sportingly and enjoying the work is the key to address such challenges. She believes that the present time of the Covid-19 pandemic is the time to repackage one’s life. She is happily spending more time with her parents and believes that humanity is learning to value life, which was earlier taken for granted. Having gratitude is an important life lesson that she has learned. She is indebted to her parents for sending her to the USA twenty years back when it was not easily affordable. Loving and taking care of the family is the biggest lesson that she has learned in her life.

Establishing a benchmark and setting up the bar high

Ojas Rajani won significant awards for movies like Zee Awards, IIFA, Screen Awards, and others. For her, awards and recognition is a motivation to better life with the craft. She credits director Shankar Sir and the prominent actresses for giving her the freedom to go beyond the basics and do something extraordinary in movies like Robot and I. Her clientele list includes Urmila Matondkar, Sridevi, Madhuri Dixit, Aishwarya Rai Bachchan, Katrina Kaif, Sonam Kapoor, Kareena Kapoor, Deepika Padukone, and Priyanka Chopra, among others. She is also a popular and widely known bridal makeup and hair artist across the world. She adores instant appreciation and blessings from her work. She has also worked with international celebrities like Britney Spears, Jennifer Lopez, Mariah Carey, and others. She is the recipient of the Wedding Sutra Beauty Awards as the Best Hair Stylist. She is also the recipient of Most Creative Makeup Artist of the Year for her work in Robot.

Words of wisdom for the readers

Be patient and hone your skills. Professional courses are essential. These courses take you to the loopholes and other tips & tricks of the industry. Promoting, surviving, and handling clients in the market are also skills that one must learn. She herself offers the one month course in her academy where everything is taught with full accuracy and lots of love. Success for Ojas is a state of mind. If you are happy and satisfied with what you have in life, then that is the biggest success, according to her. Being always hungry for more and more is not a success.

“Do your best and God will do the rest.” 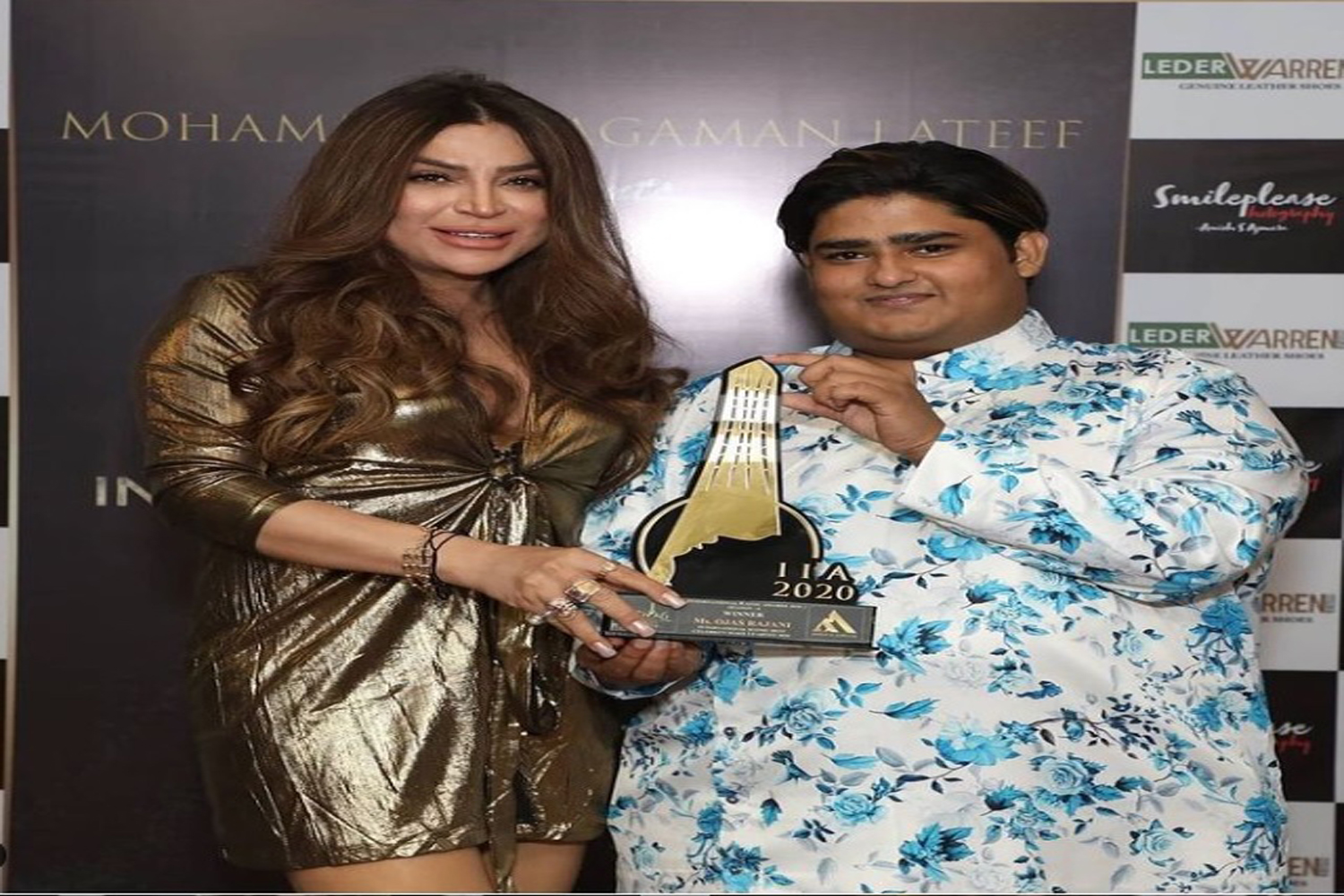 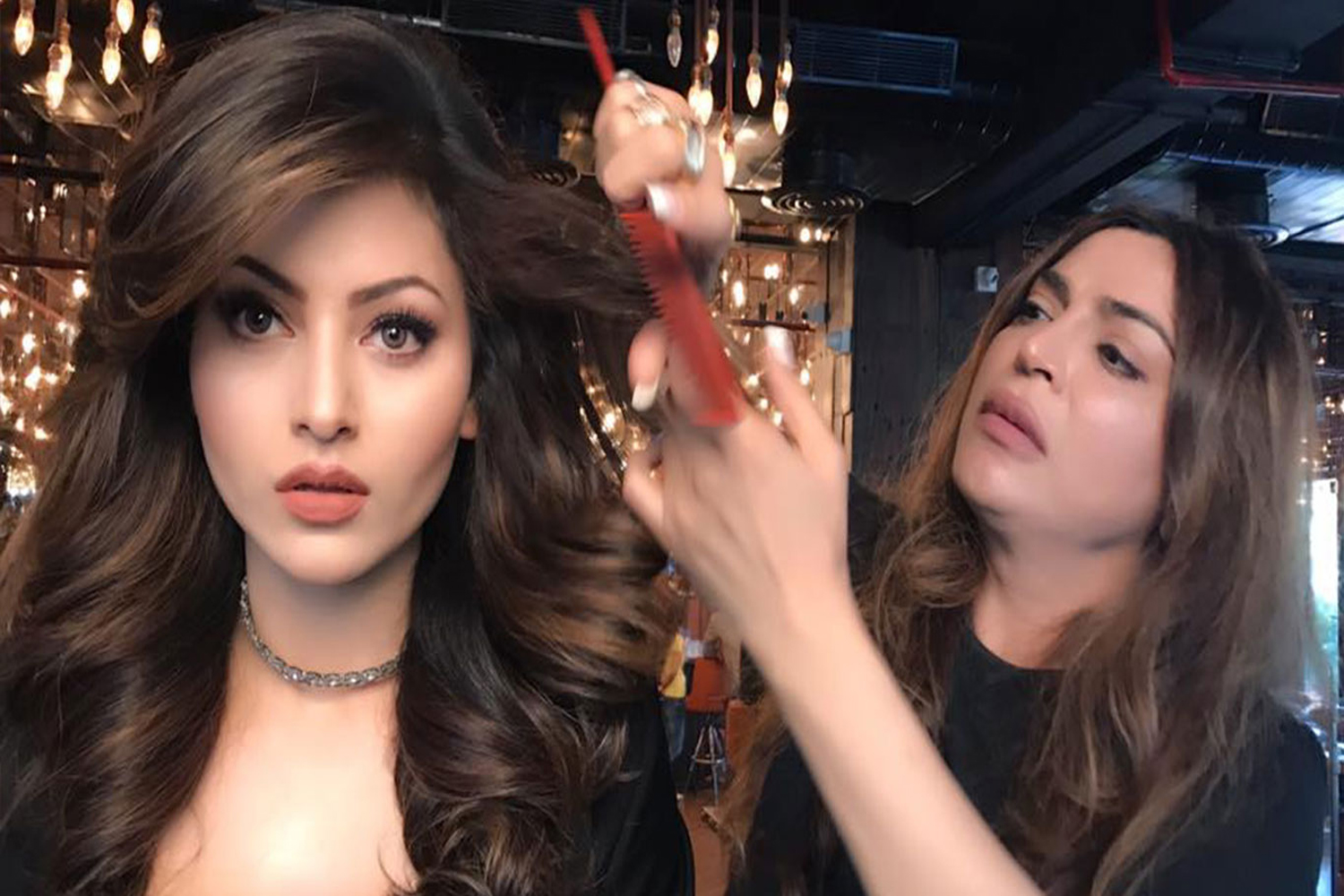 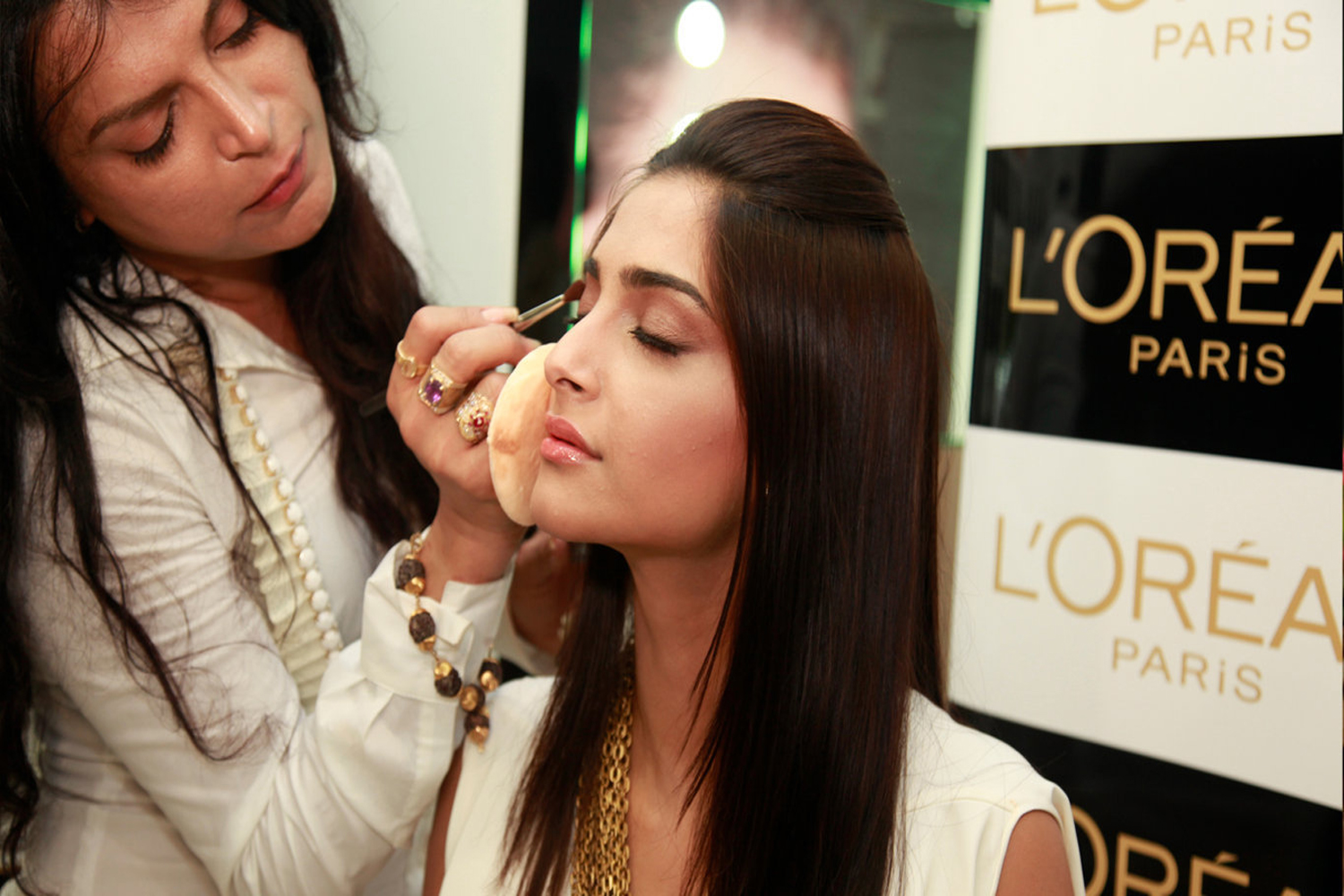 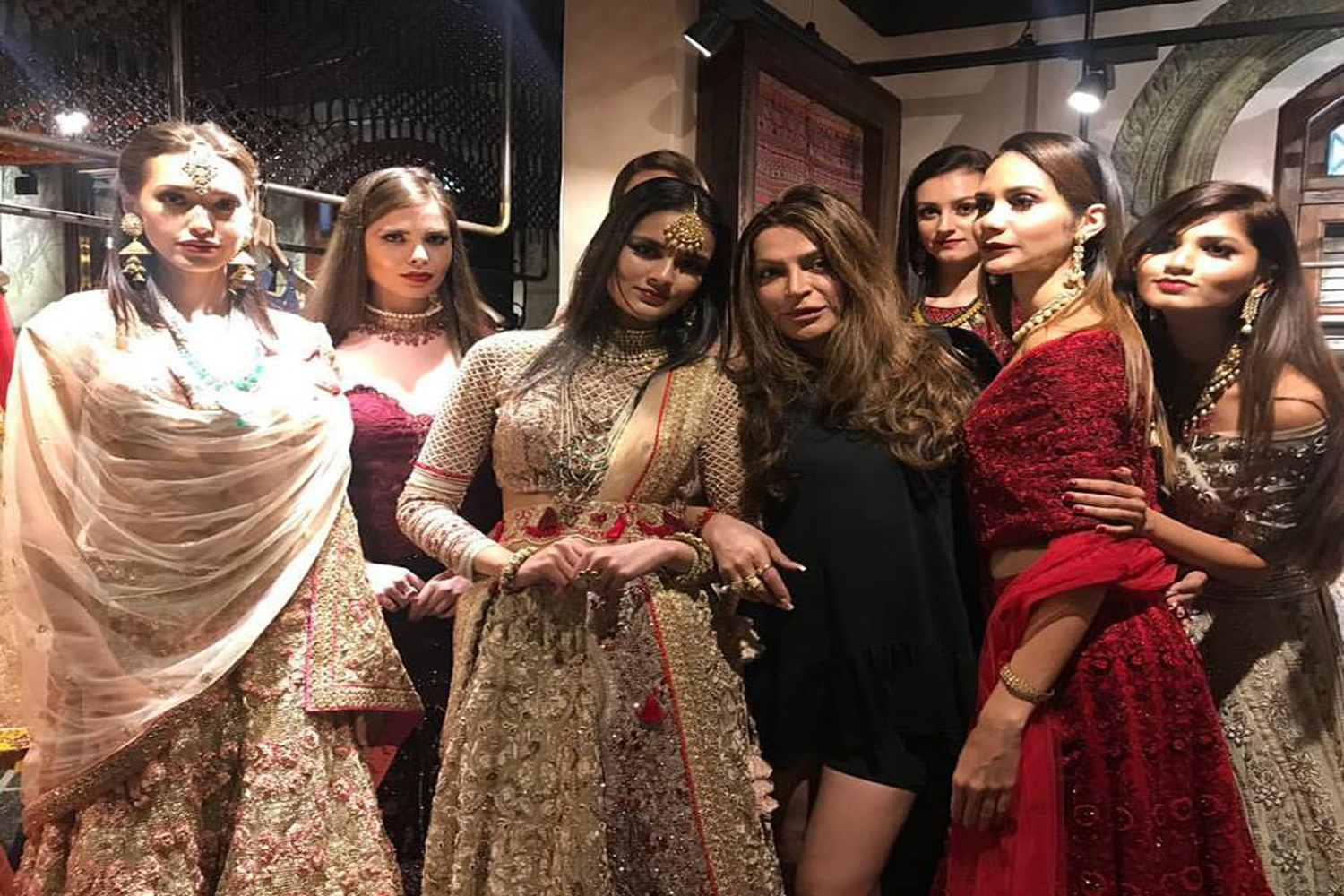