The voice of many unheard Indian orphans

India might be a secular and democratic country with people having different cultural and religious backgrounds. But this is just one side of the picture because if you flip it, the other side will show you the struggles, challenges, social and cultural issues, biased norms, and other such matters. These are not only tainting the perfect country picture of India but also raising concerns about the next generation and its progress. Yet, amidst all these, there are persons like Poulomi Pavini Shukla, who has become an inspiration for so many people across the country. One of her major achievements was to be nominated in the Forbes India Under 30 2021 list, thanks to her unparalleled and unbiased contributions to the unseen future of the country- the orphans belonging to the backward communities.

Poulomi was born to parents who were serving in the IS department of India who were posted at Lucknow at that time in 1992. She did Bachelors and Masters in Economics from the Lucknow University along with Bachelors in Law. When she was young, her mother used to take her to different places which were considered to be the backward places of the country at that time. There she came across several orphans and it was only after seeing their plight that she understood how difficult it is for those kids to survive all on their own

Start of a career in the department of law and justice

“Actually, after completing my Bachelor in Economics, I never thought that I would pursue law. In fact, if I see my past decisions now, I would say that it looks really weird that I had degrees in law and economics which are two different career paths. However, it was the injustice that I saw when I was a child which kind of provoked me to pursue law as my career. For example, issues with feminism, the cruel behavior against animals, and other such issues were some of the concerns that I wanted to focus on.” Poulomi was deeply moved with the cruelty that was still there within Indian culture and society. And she wanted to bring justice to those who couldn’t raise their voices on their own and ask for justice. She wanted to be an activist and that’s why she took law as a career. “Primarily, I am fighting for the orphans in India and trying to get justice for them, be it in terms of educational scholarships, higher priority in getting jobs, and so on. But I hope that in the future, I will be able to fight the injustice being done against the animals or fight for women who have faced violence in any form.” Poulomi considers that even though legality means right to justice, right to equality, and the so on, these are present only in letters and not in the spirit. And that’s her main aim as a lawyer because she wants to bring changes in the legal system of our country where everyone will be heard, and whatever is written on the law books will be implemented in real life.

Transformation from a lawyer to a writer

Poulomi’s grandmother was a prolific writer and she had written around 46 different books, mainly in the Hindi language. As she grew up with her grandmother, she admired how well the books were written and the real meaning of the stories used to be so transparent. So, yes in a way it can be said that Poulomi got her inspiration to be a writer from her grandmother. “I was so inspired by my nani and the way she used to wake up early in the morning and write her stories. When I started to handle legal cases, many thoughts used to play in my mind. That’s when I started jotting down my thoughts to see where they were leading me and now, I’m proud to say that my thoughts are what gave me the courage, the inspiration, and the confidence to transform them into words and present them in front of the world.” “I want my book to be thorough, a clear and transparent representation of the issue that I want to project through my story. And for that, first I do research with the available documents like the ones stored in archives or the ones present online. From here, I gather the essential information of what has transpired in the past, and what are the implications of those decisions. Then I visit onsite because to become thorough, I need to witness everything with my own eyes and experience the struggles, the injustice, the hardships, and other issues.”

“Weakest on Earth- Orphans of India”: an in-depth analysis

Weakest on Earth- Orphans of India is the first book she wrote. And since the issue of the story was close to her heart, she did a lot of research. In her interview, she said that to understand the conditions of the orphans in India and to realize what the truth is, she visited around 100 orphanages in different parts of the country. “It was published in 2015 and even though it’s been six years, I do remember some of the struggles or roadblocks that I had to face while publishing the book. As nobody had written a book on orphans previously, I didn’t have the data at that time and the publishers thought my book to be obscure. For example, India doesn't have any statistics that can give the actual number of orphans present in the country. No authenticated data was available for this matter and since I had to shed light on the social issue, I came up with an approximate figure”. “I described the story of an orphan girl who lived in an orphanage in Haridwar and she is now pursuing nursing. I have also mentioned about the caregivers who try to give a life to those orphans where they wouldn’t feel the absence of their parents. There are several characters in the book which have put a deep imprint on my mind and changed the entire meaning of my life.”

Contributions to the India society of orphans

During her time as a lawyer and while researching for data onsite for her book, she came across a lot of orphans who don’t get the proper education that every child should get as per our Indian constitution. In fact, these children grow up with no degree, no knowledge and once they cross 18 years of age, they become homeless. That’s why the rate of unemployment is so high in India. The plight of the orphans is what moved Poulomi to file a litigation for public interest where she pleaded in front of the Chief Justice of India to reserve seats in the public service sector for the orphans. Upon her plea, 16 Indian states and Union Territories provided budget plans according to which the orphans could be educated so that when they graduate, they can secure a job and survive without having to struggle for money, food, and shelter.

An inspiring figure to the unheard Indians

To all the Indians and others in the world, Poulomi has become an inspirational figure who has fought with the Indian justice and legal system to provide equality to the orphans and a good life. In addition, she had brought forth the agony of girl orphans who are married off once they become 18 years old to families where they are treated as servants and are subjected to not only domestic violence but also marital rapes and assault. She is an inspiration to every Indian who is scared to raise voice against any form of injustice, especially the orphans. 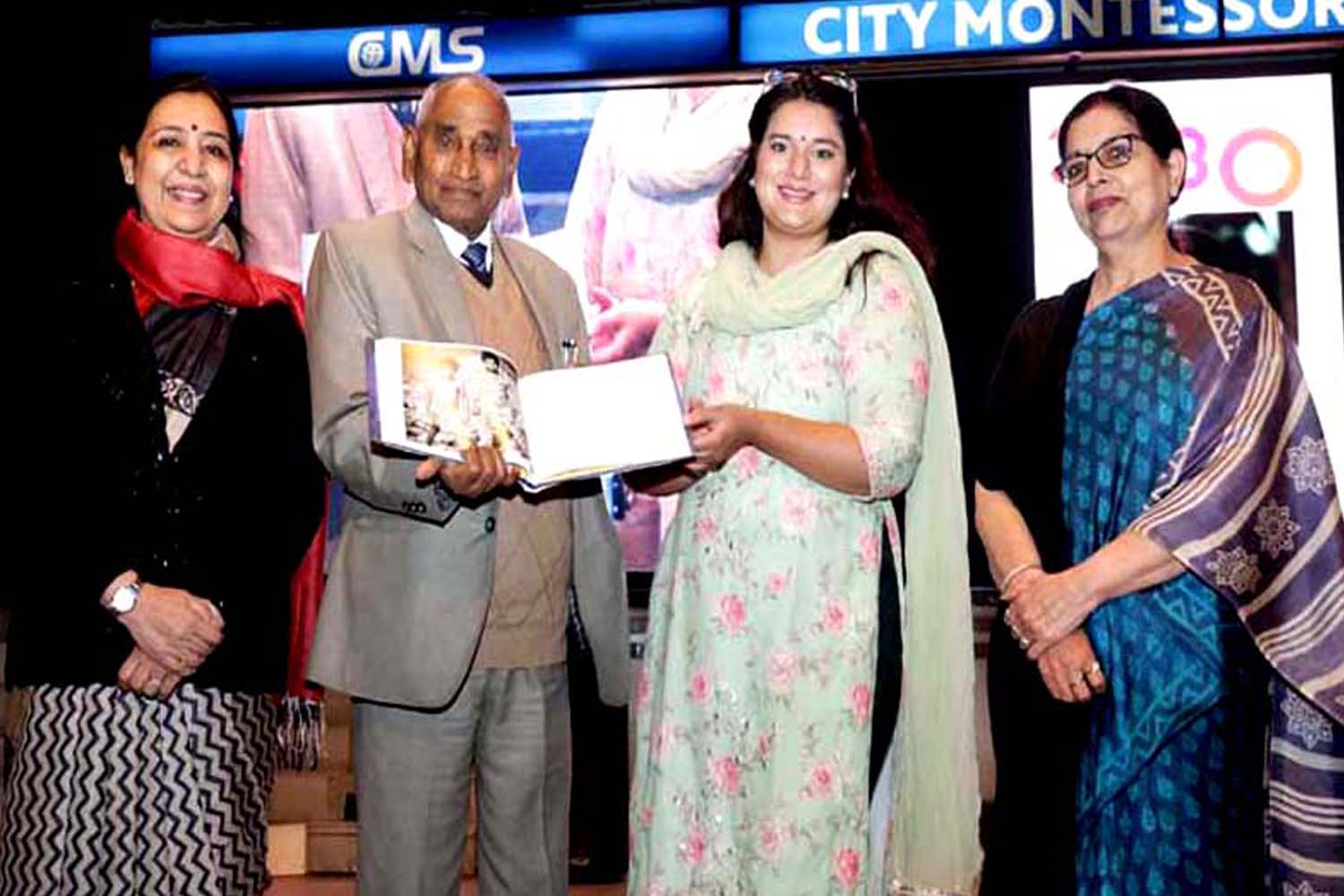 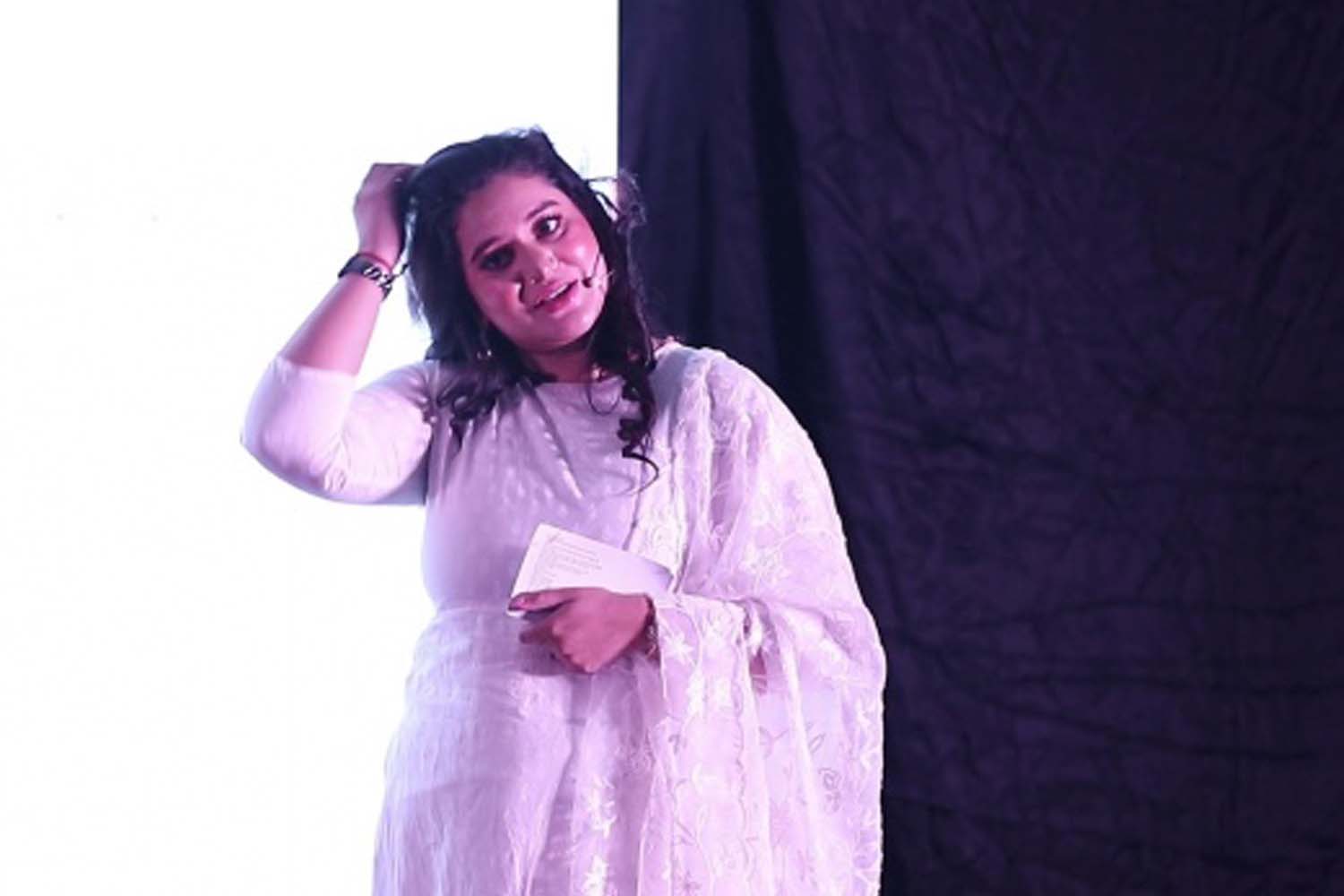 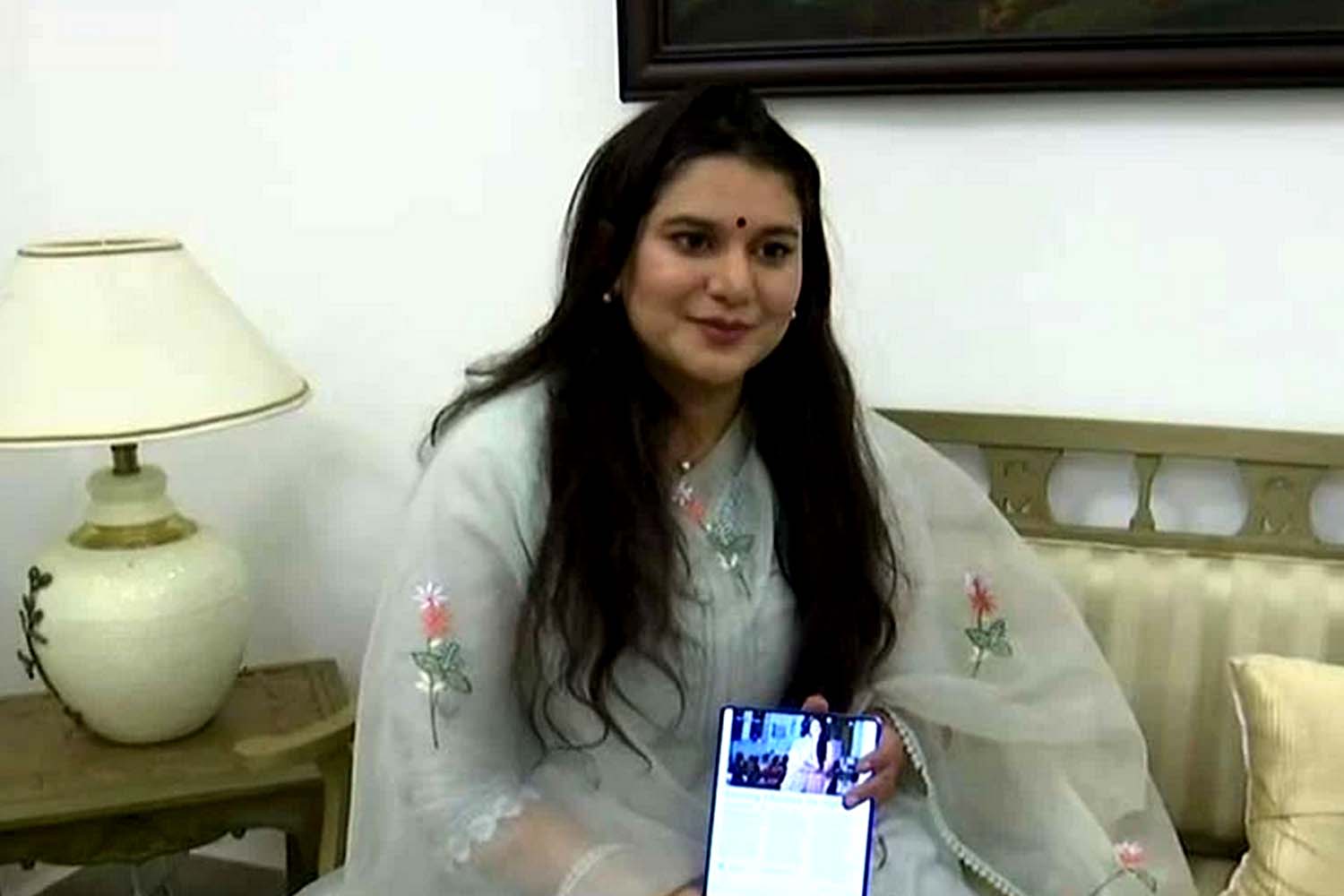 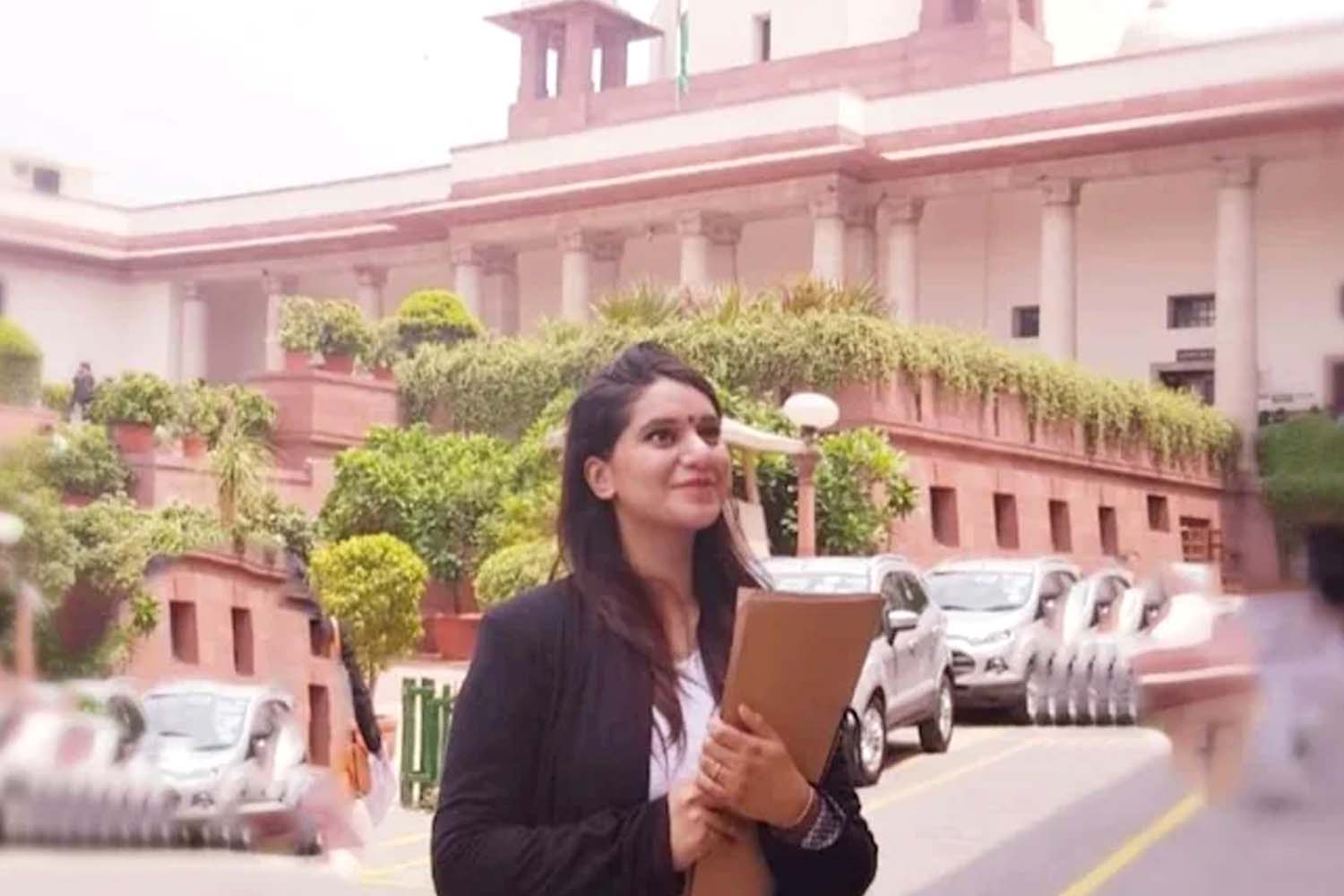