Meet college dropout, Prashant Gade who gave up on his parent’s wishes of becoming an engineer to pursue his own dreams. Ridiculed for his decisions, today, Prashant Gade is the CEO and founder of Inali Foundation, an NGO that makes prosthetics arms at minimal costs. Read his inspirational and heart-warming story of making a difference in the real sense of the word.

Born in a small town in Khandwa, Madhya Pradesh, Prashant led a simple life fulfilling the wishes of his parents. After completing his school education, he joined electrical engineering but dropped out in the third year, much to the dismay of his parents. Prashant recalls, “I was enamoured by engineering as my grandfather had asked me to do it. I admired him all my life and wanted to be like him. But when he died, he could not even take his clothes with him. My father told me that you die as you are born, just with your body. This thought changed something within me. However, I still joined the engineering course, but I realised that things were not as I expected. It was more about the grades and getting a plump job than learning and creating. My aim in life was different. I wanted to do more than a regular job. I wanted to make a difference.”

Prashant left his engineering course and headed out for Pune, where he got a job in a laboratory for a menial Rs 5,000 per month. However, he was satisfied doing it as it involved creating something. “I was in search of something to do with robotics, and when I found one in Fab Labs. I was overjoyed. The salary did not matter as I was creating something. While working in the lab, I did a 6-month course called ‘Fab Academy’, by the Centre for Bits and Atoms of the Massachusetts Institute of Technology - MIT.” To complete the course, Prashant had to do a live project.He had read about Nicolas Huchet, who had lost his arm, but instead of giving up, he created his own bionic arm. This inspired Prashant to start his own project.

The Turning Point The real turning point came when Prashant met a small girl without arms.

Looking at her, I thought of the social stigma she would carry all her life. People would look down upon her, and her parents would never be able to get her married. I decided to help her with getting prosthetic arms. When I found out about some of the hospitals, I was shocked to hear the cost. It would cost a whopping Rs 24 lakhs, and with her hand size changing every year, she would have to renew it every two years”, says Prashant. He was disturbed by this thought and did a lot of research on the subject. He discovered that every year more than 500,000 people lose their limbs all over the world, and in India alone, the figure touches 40,000, of which about 85% cannot afford to get a prosthetic limb. This gave Prashant the impetus to pursue his life purpose of helping people. Prashant left the FAB Academy course and started developing prosthetics.

Prashant knew his goal in life now. He wanted to help the poor by providing them with prosthetics for free. But as with most innovative projects, the main roadblock is money. Prashant did not have funds to develop these prosthetics, so he started a fund-raising campaign. “I got a call from an NGO in Jaipur, and they asked me to show my designs. They wanted me to create a design for an arm for $100, but I did it for $75, and it was approved. This was the first arm I created without a machine. Soon,I got a call from a professor from the US. After seeing my videos, he asked me to demonstrate the designs. So I flew on a sponsored trip to the US and showcased my designs at the biomedical conference. I got 10 machines for prosthetics for free. This changed my life and of many others forever.

The birth of Inali Foundation

Prashant got back to India and started his company - Inali Foundation www.inalifoundation.com in 2018. He started creating a semi-bionic arm and over time, it led to, Inali arm. It was meant for people in distress who could not afford to buy the expensive ones. Till now the foundation has supported more than 2500 people, providing those prosthetics for free. Speaking about the funding, Prashant notes, “Infosys foundation, Dalmia, Manav trust, Shree Ram foundation, Aasta Seva foundation are the funding partners. In fact, our first success story was when we won the Aarohan Social Innovation Award 2018-19. Infosys has been supporting us since then.

Life has not been smooth and easy for Prashant. He has disappointed many people, especially his parents by giving up on a cushy career to help the poor. His family stopped talking to him. Even on the professional front, he faced many challenges; one was the cost factor. “Funding was a major challenge, and I had to make do with whatever little money I had. I also had to develop an affordable solution as I had to design the circuits to make the product affordable”, reminisces Prashant. But where there is a will, there is a way. The technical secretary of Jaipur Foot was impressed by his work and gave him a seed grant for seven arms. However, the problems did not really end there. Many times, Prashant had to scrounge for food, often having only one meal a day. But he never gave up. He continued to look for funds through online campaigns and YouTube videos. This is when his work was appreciated by a retired professor in the US and the rest as they say is history.

At Inali, Prashant and his team design arms with sensors, reading signals from the brain that lead to movement in the limb. He uses similar technology as the ones used in imported prosthetics arms but with inexpensive material. Today, Inali Arms are the most affordable bionic arms costing Rs 50,000. Speaking about how the arms work and the material used, Prashant said, “To make these arms, we need some sheets of plastic fabrication and prosthetic parts. In addition to these, we need gloves to look like hands and fingers made of some metals and circuits and the battery inside with a charge of up to 48hours. The recent arm which we created is like working with your arm sense to your ankle. When you move your ankle, some sensations go from the ankle to the processor, a kind of transmitter and receiver. We are trying to create something new, which is affordable. We can easily make 50 arms in a day with a lifecycle of 5 years. However, we give a warranty of 2.5 years.”

Inali Foundation is doing a great service for humanity, developing prosthetics arms for the poor and needy at affordable prices. In the future, Prashant wants to expand his reach to other developing countries too. Also, they plan to start the development of lower limbs, which are currently in the R&D stage.

Guideline for people wanting to join this path

People like Prashant, who want to serve others without thinking about themselves, are far and few between. However, for all those motivated individuals wishing to start a similar journey, Prashant’s advice is, “You should be willing to risk everything in life to be able to pursue this path. Also, be accepting of failure and continue to work towards attaining your dream.” Besides that, you need to have a basic understanding of robotics. A degree in mechanical and electrical engineering will help. In Prashant’s team there are engineers from mechanical and electronics backgrounds as well as accountants and medical professionals.
In his final words, Prashant says,
“One thing that can set you apart from others is passion, compassion and curiosity to learn.” 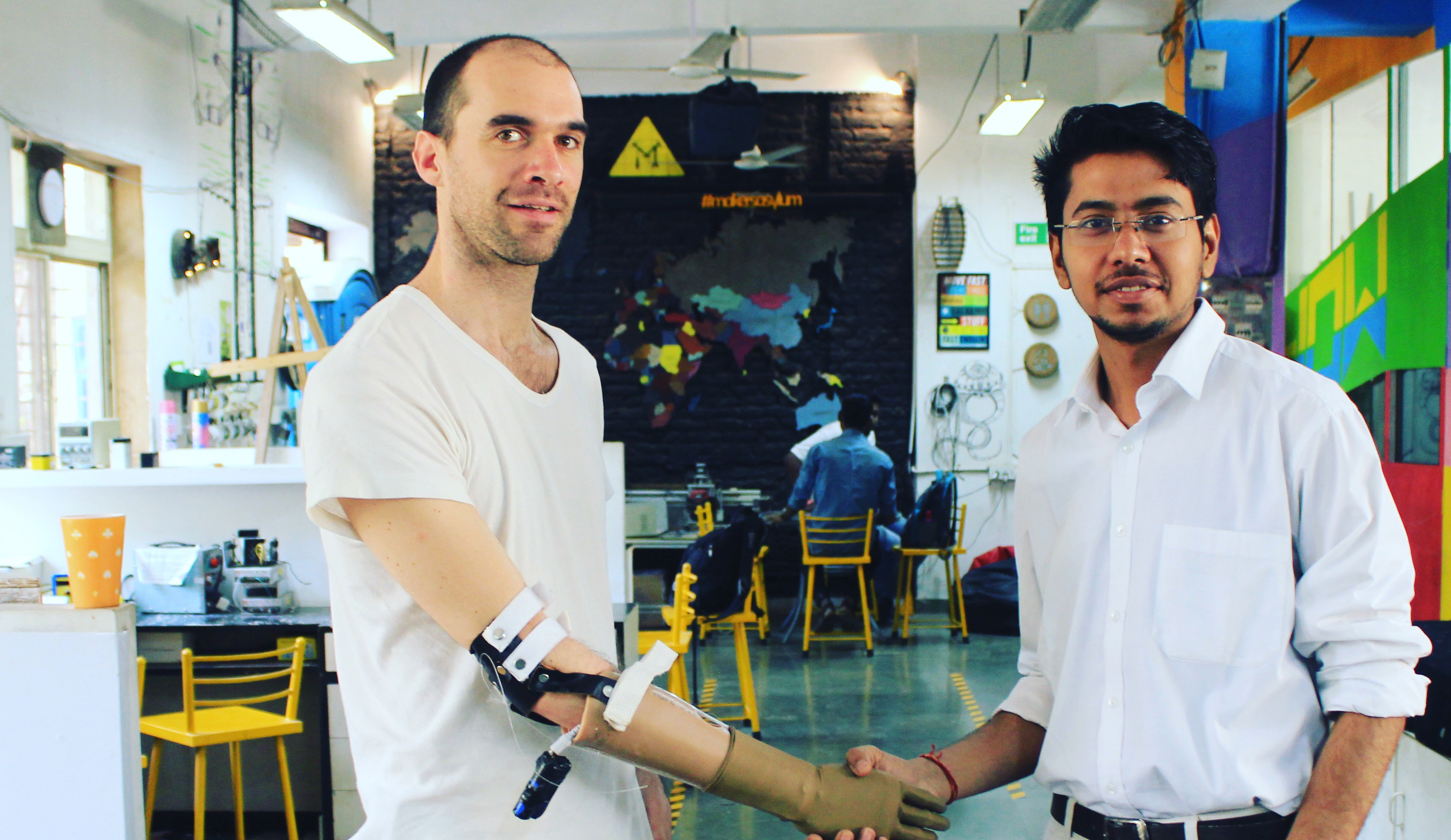 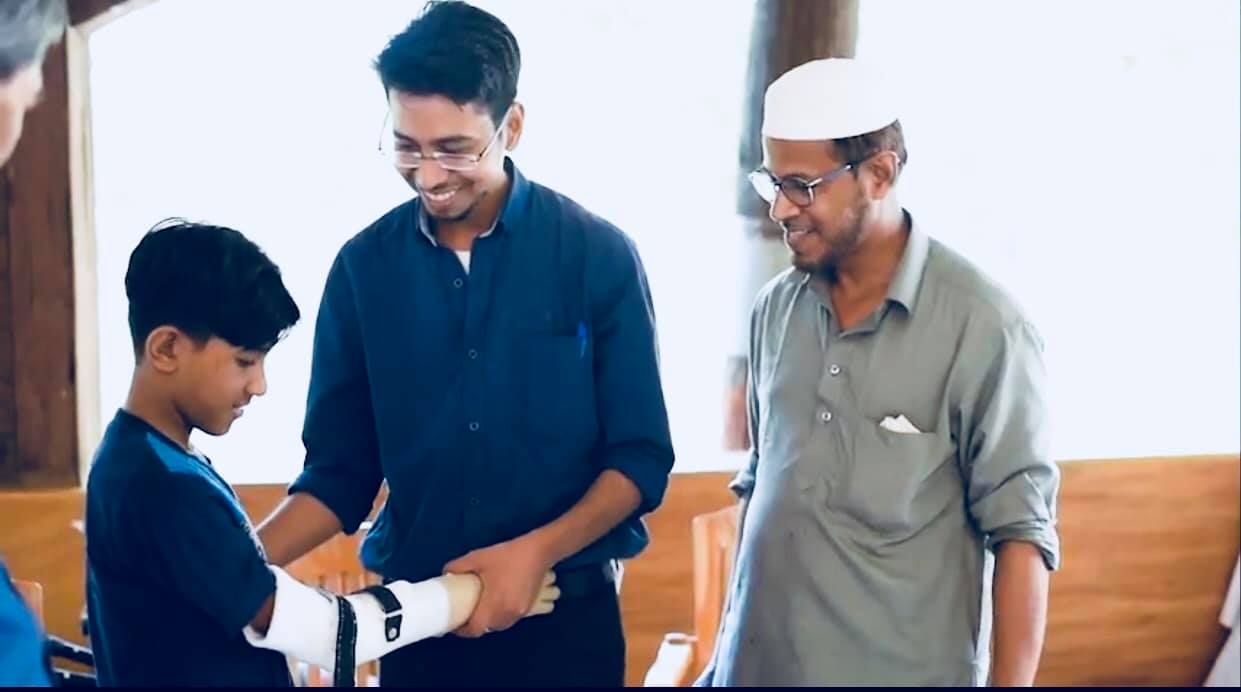 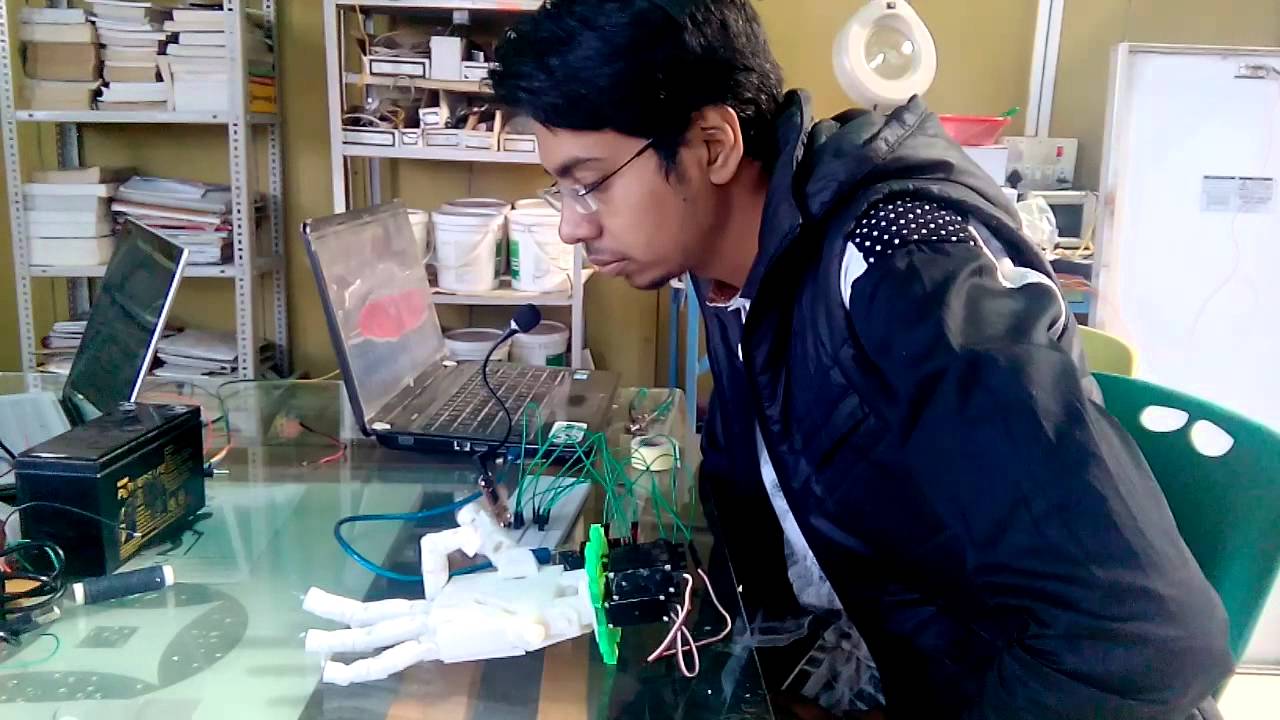 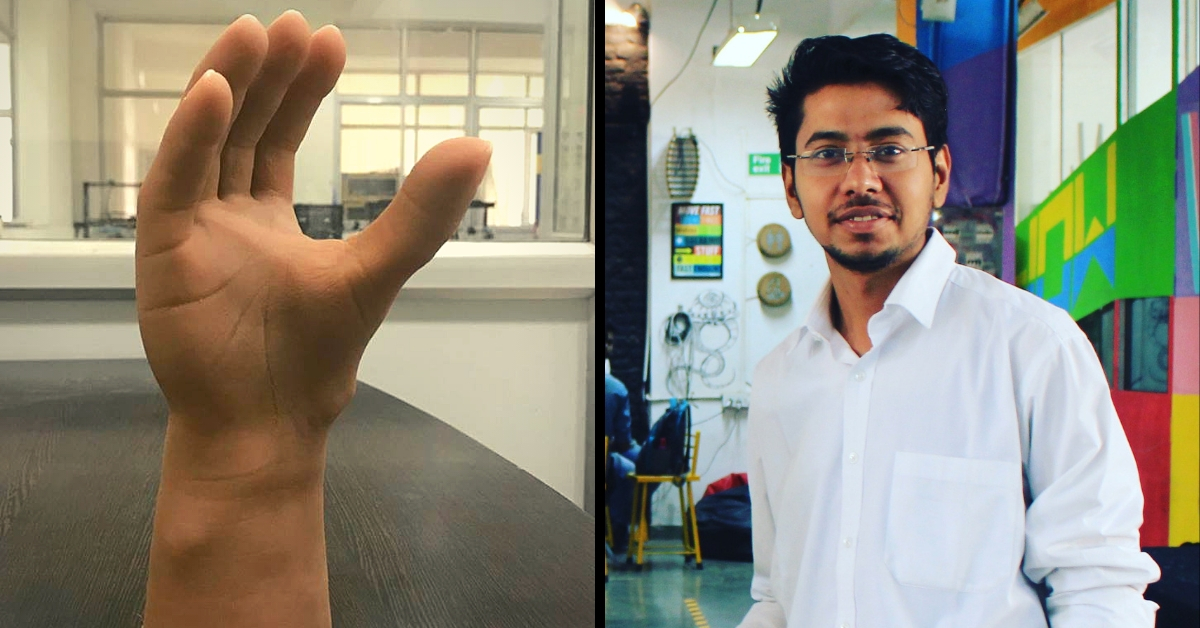