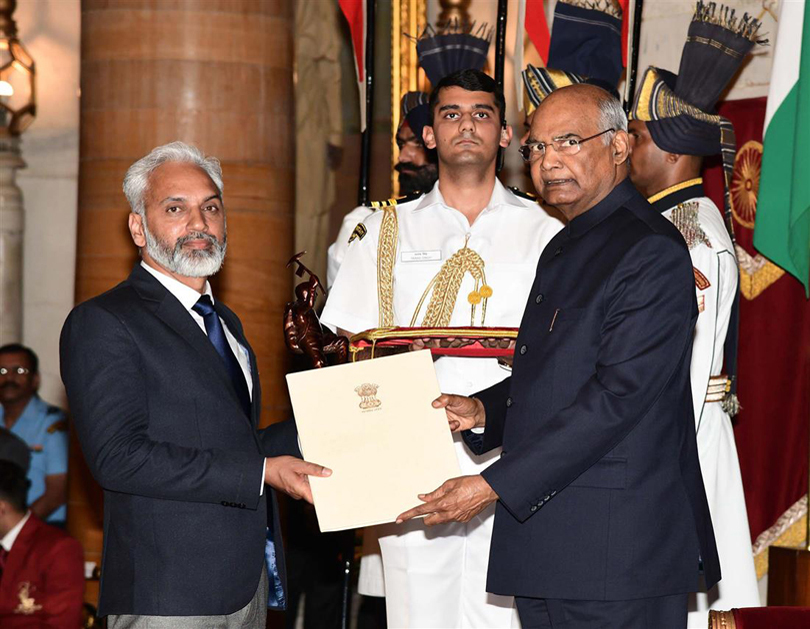 Have you heard of the phrase - If you are not living life on the edge, then your wasting space? This is exactly how Rameshwer Jangra has been leading his life for the last ten years. A Computer Engineer by profession and a certified skydiver, he has lived life completely and fully with every free-fall. Here is his story of finding his passion that transformed his life completely.

Rameshwer was born in Nagaur, Rajasthan and spent a considerable part of his childhood in the village before his parents moved to Hisar. He would dream of flying from when he was toddler and wanted to become a pilot with the Indian Air force. Little did he know that fly he would, but using his own body as an aircraft. However, life took over and like all middle-class family kids, he also pursued a professional degree. Rameshwer did a B.Tech in Computer Engineering from an engineering college affiliated to Kurukshetra University and fulfilled the quintessential Indian family dream, joining a techie firm in India.

What started as accompanying a friend to a skydiving holiday turned out to be a beginning of a new life. After his first free-fall in the US, Rameshwer decided that he wanted to learn this adventure sport professionally. However, the fee was too steep, so he saved up enough over a period of a year and returned to learn the sport. There was no looking back for him ever since. Today, he has been skydiving for about 10 years and BASE jumping for 5 years. He has more than 1100 skydives to his credit, of which over 700 are Wingsuit jumps. He has been working with Aero Club of India and Skydiving Community to motivate youngsters to take on this adventure sport. He has represented India at various global events such as FAI World Championship of Wingsuit Performance Flying and has numerous World Wingsuit Formation Record attempts. The latest feather in his cap is the Tenzing Norway National Adventure Award given by the honorable President of India, Mr. Ramnath Kovind in the year 2019.

Motivation to take to skydiving

The adrenaline high that any adventure sport gives a person is incomparable. The same was the case with Rameshwer. Reminiscing about his first jump he says, “It was during my first Skydive that I realized this is something that I wanted to pursue as a hobby. I found the experience to be both exhilarating and meditative at the same time. I started skydiving as a hobby where the main aim was to have fun while learning something new, unique and interesting.” Rameshwer was now hooked onto the sport and wanted to learn more and take part in different events. He wanted to hone his skills and learn both the art and science of skydiving. He started taking part in many events and this was when he met his mentor, Travis Mickle, a Wingsuit Coach and a Competitor, from the US Team and the rest, as they say is history. Ramsheswar recalls, “He told me about the Competitive Wingsuit Flying and guided me to get into competitive sports. And as luck would have it, Travis was training at the same DropZone where the next US Nationals were to be held and he motivated me to train for the event. So more than what motivated, it was who motivated me to get into competitive wingsuiting.” 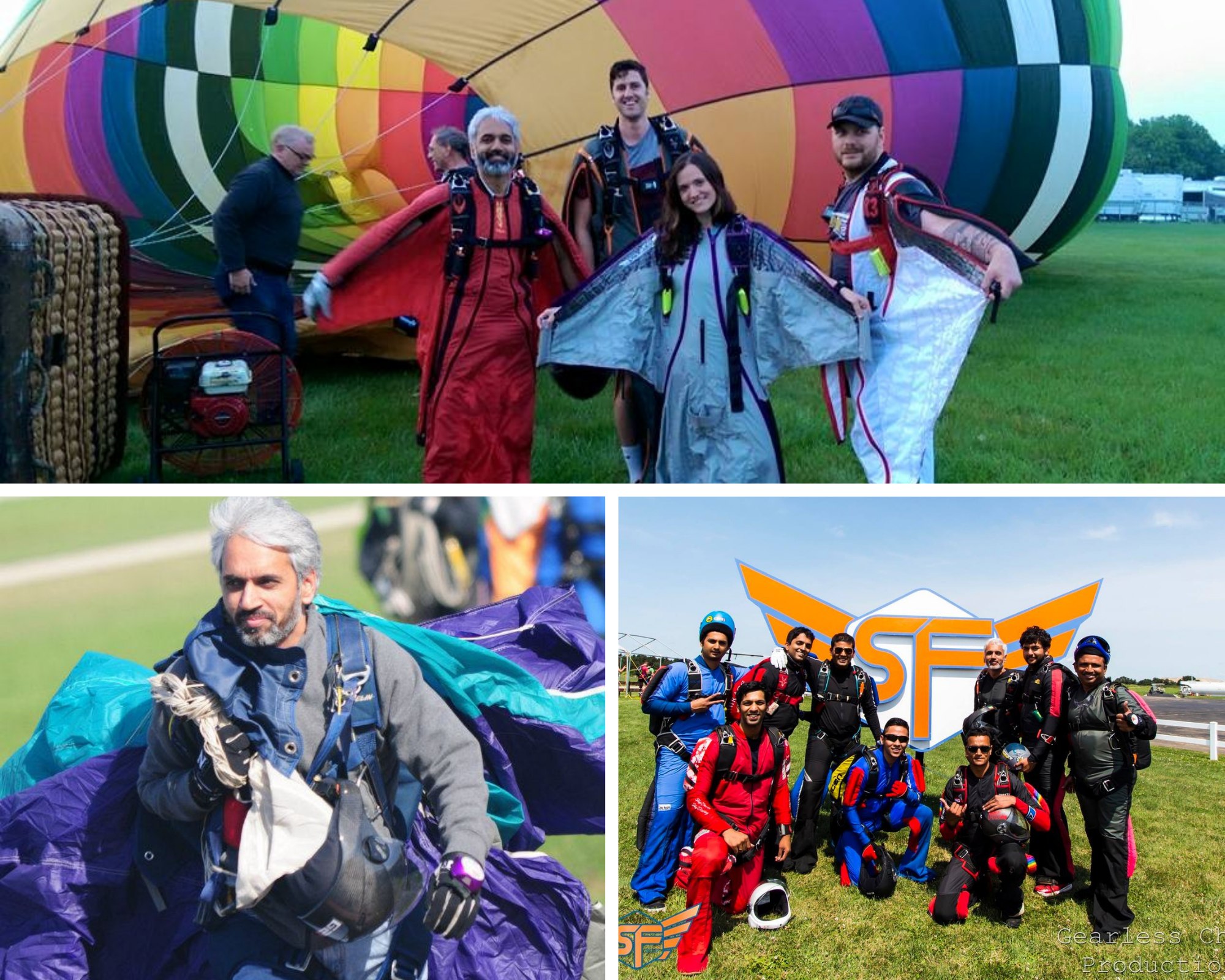 Everything was not all fun and games for Rameshwer. He also had his share of trials and tribulations, but the vital part is that he worked through them and emerged a winner. When asked about his most formidable challenge, Rameshwer said, “The first challenge always is showing up. If you can win this battle, then half the war is one. I ensured that I showed up for every training session. This ensured that I was at the right place at the right time.” Rameshwer adds, “I don’t think there is a sure-shot way of avoiding all the roadblocks. You are more likely to stop/give-up early on when you start anything new and run into roadblocks. But having an understanding that you will run into one or the other roadblocks in the initial phases of learning anything new, and that you will get over those if you stay focused and keep looking for different approaches, will ensure that you do not get demotivated when you run into roadblocks. So remember, you are not the only one. Everyone did run into one or the other roadblocks during their journey, including the World Champions.”

Anyone with an adventurous streak in them and having no fear of trying new things can take to skydiving easily. But Rameshwer recommends, “The best way to start is to try skydiving once, to experience how it actually feels. And after experiencing it for the first time, if you are still convinced that you want to pursue this, then skydiving is meant for you. Also, make sure your motivation for doing something lies within. You can be motivated by external factors only for a short period of time. But if you want to pursue something for a long haul, make sure your motivation is internal. Internal motivation will also keep you going when you plateau.”

How can one be successful in this field?

When asked about being successful in skydiving, Rameshwer quickly replied, “I think the biggest factor for being successful is focusing on doing what makes you happy, instead of focusing on being successful. If you are doing what makes you happy, success will come eventually. Also, it is essential to be true to yourself. Nothing can stop you from achieving your goal if you are true to yourself and your goal, irrespective of where you start from. Another major belief that Rameshwer has is, “You are responsible for whatever you have. You are also responsible for whatever you do not have. Once you have that understanding, you know, it’s your responsibility to make sure your dreams come true.” Rameshwer’s enthusiasm and zest for skydiving and life itself has helped him break all barriers and live a life many of us aspire to. Are you also ready to take the plunge and get a top-down perspective of the world? 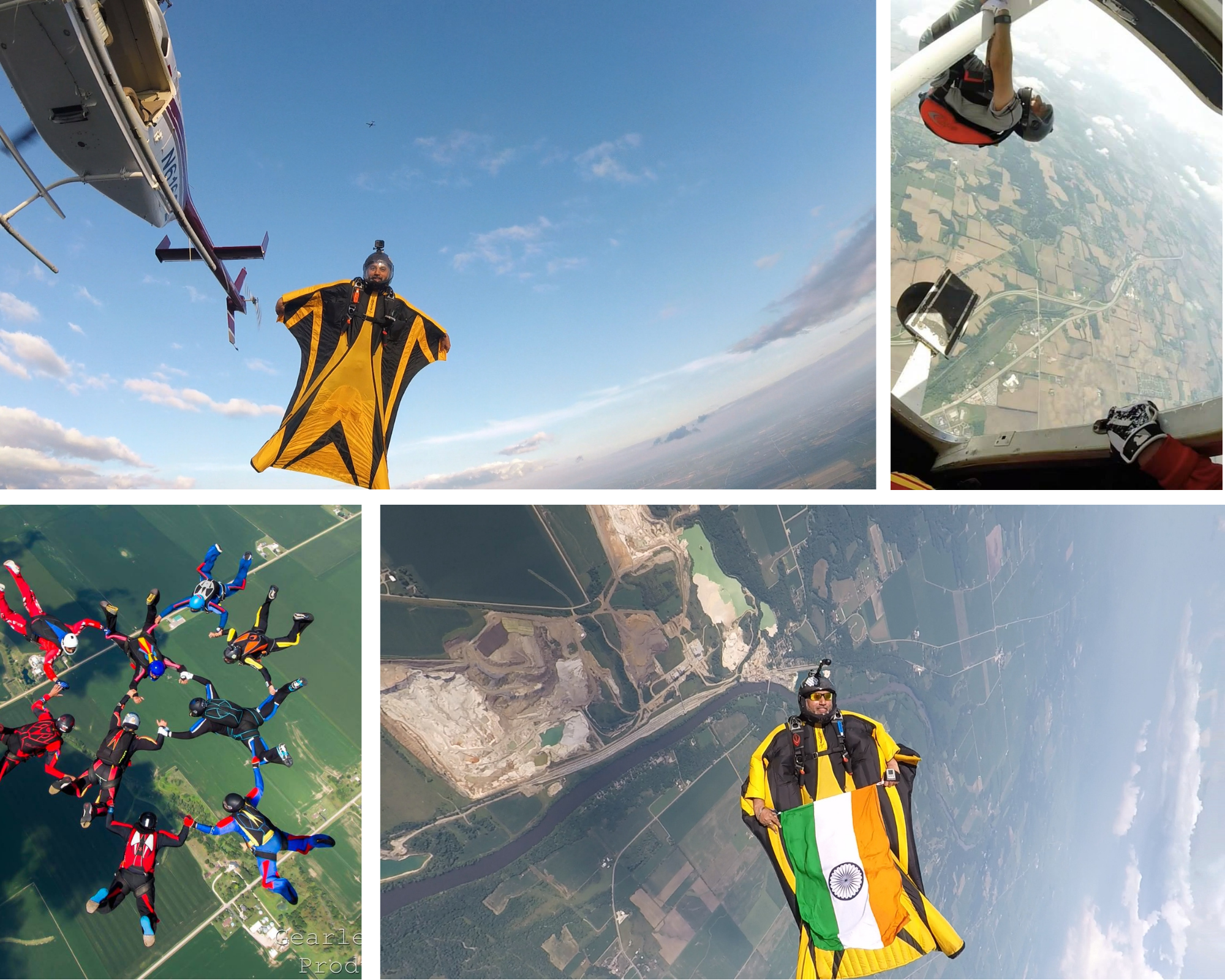 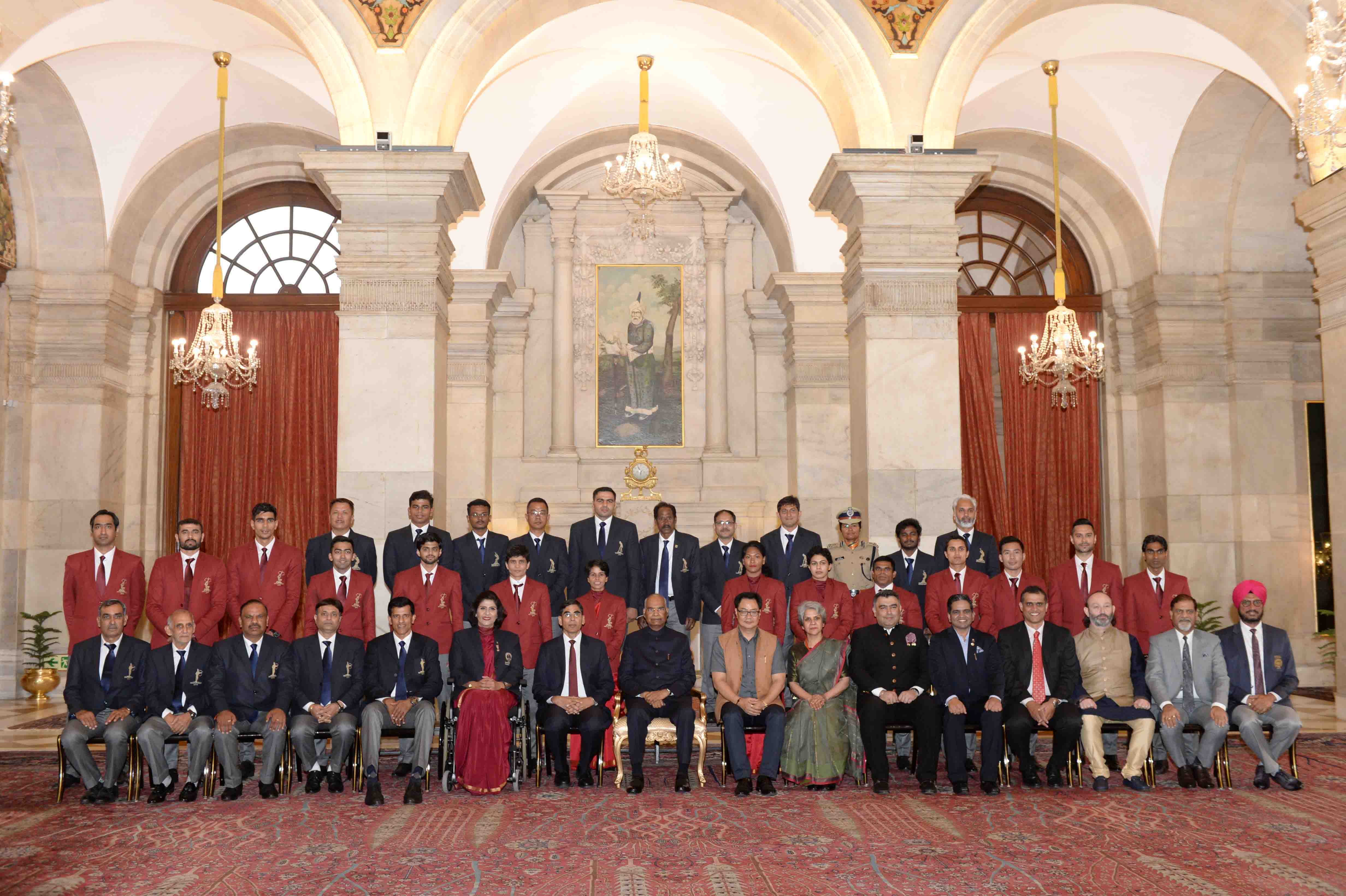 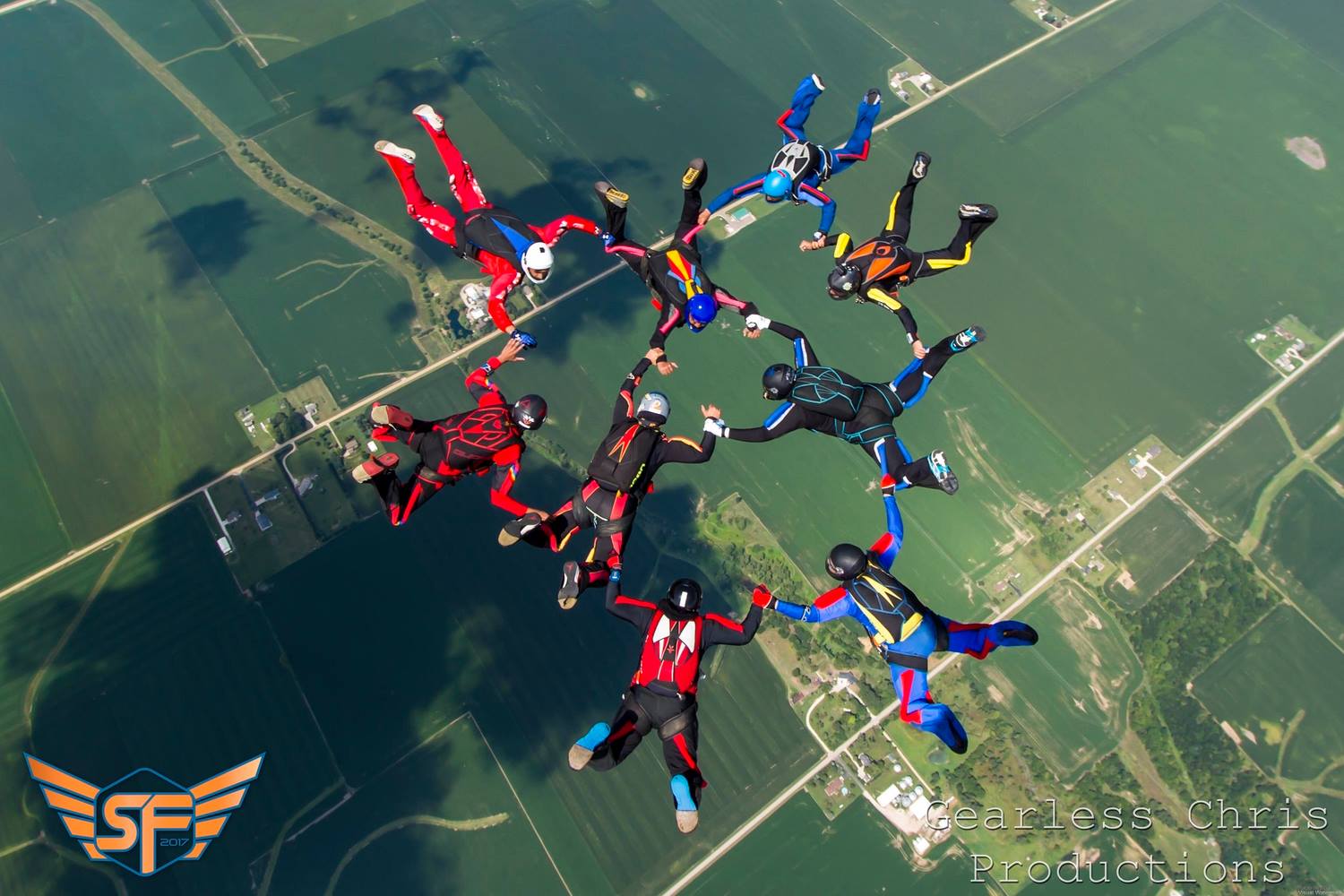 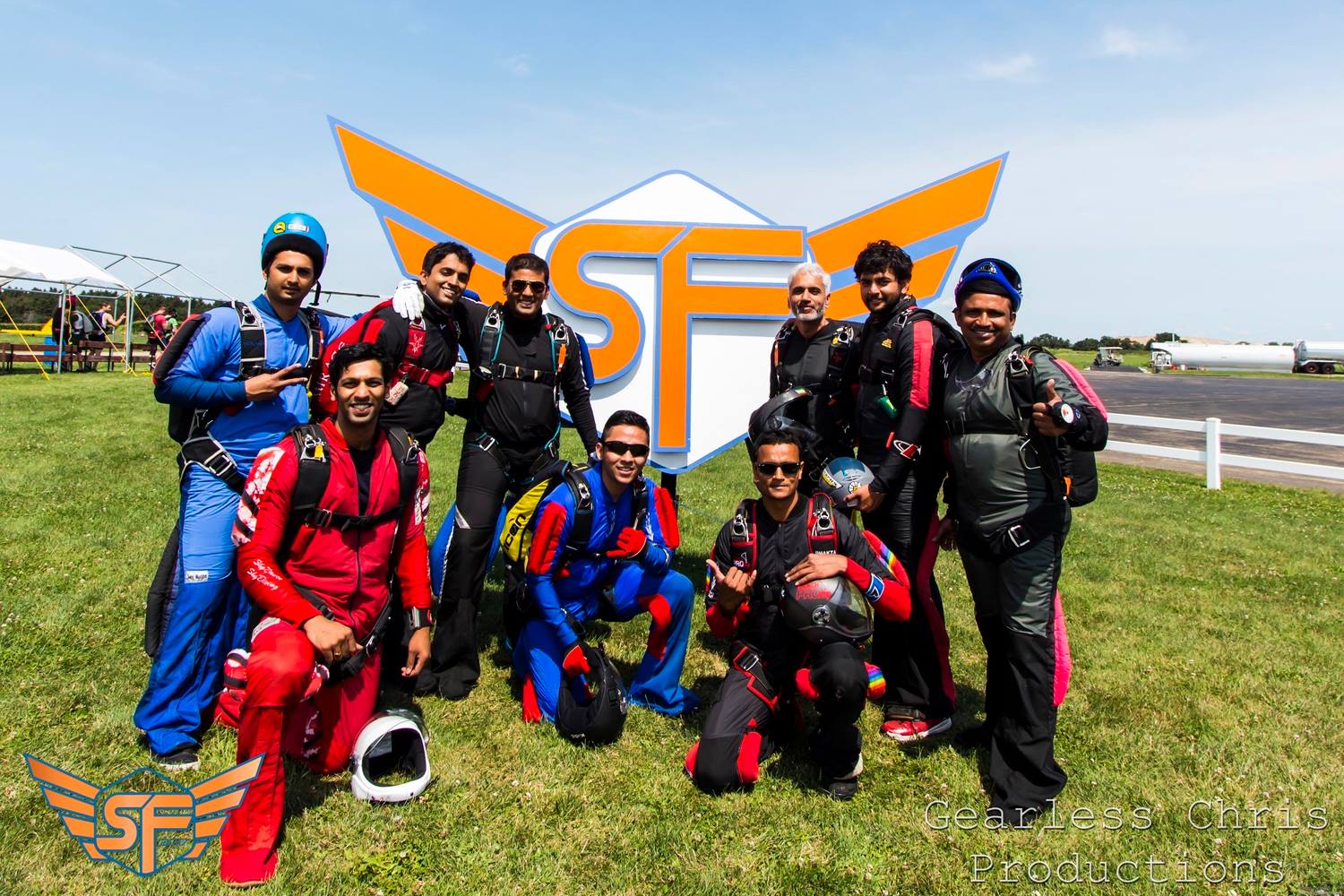 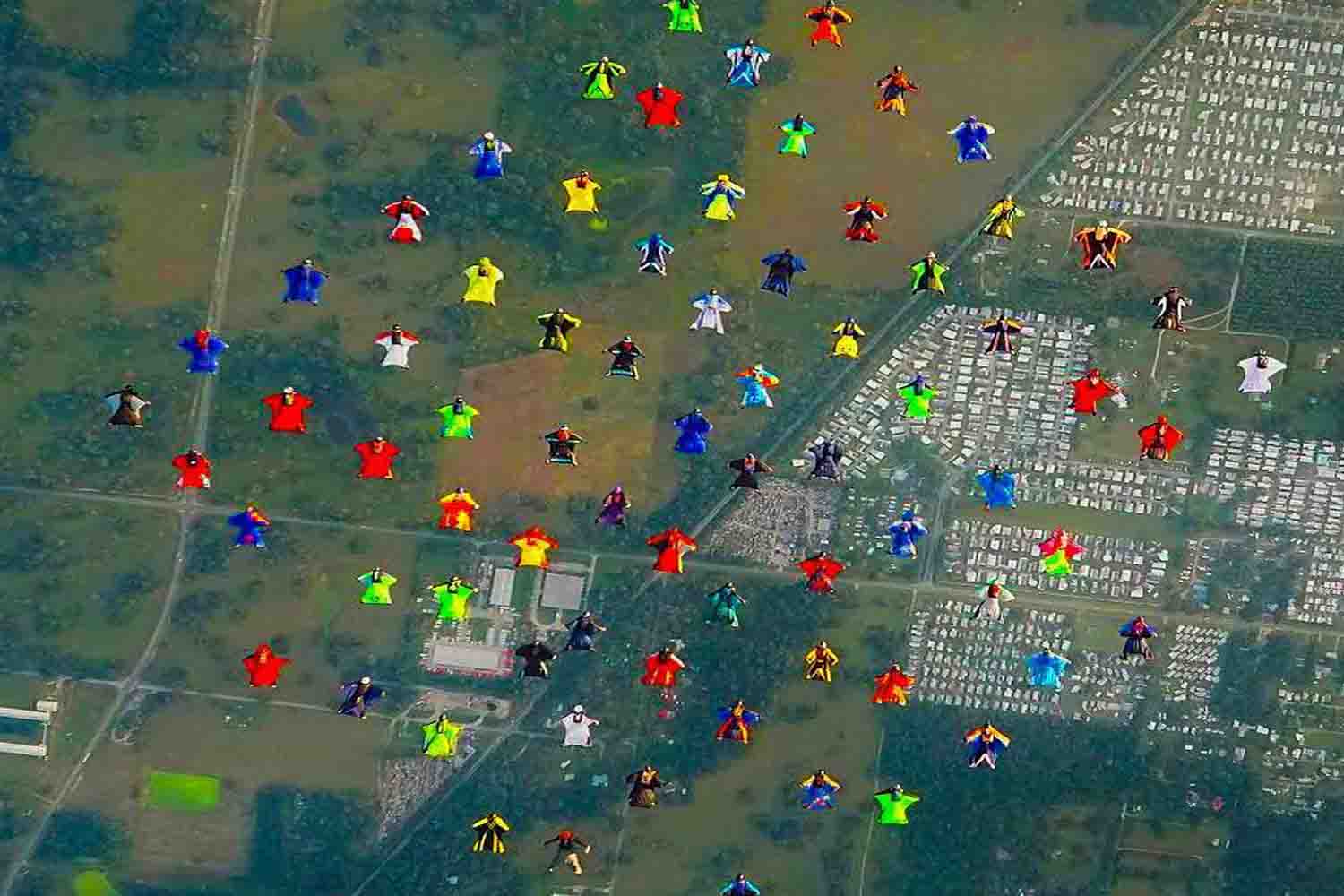