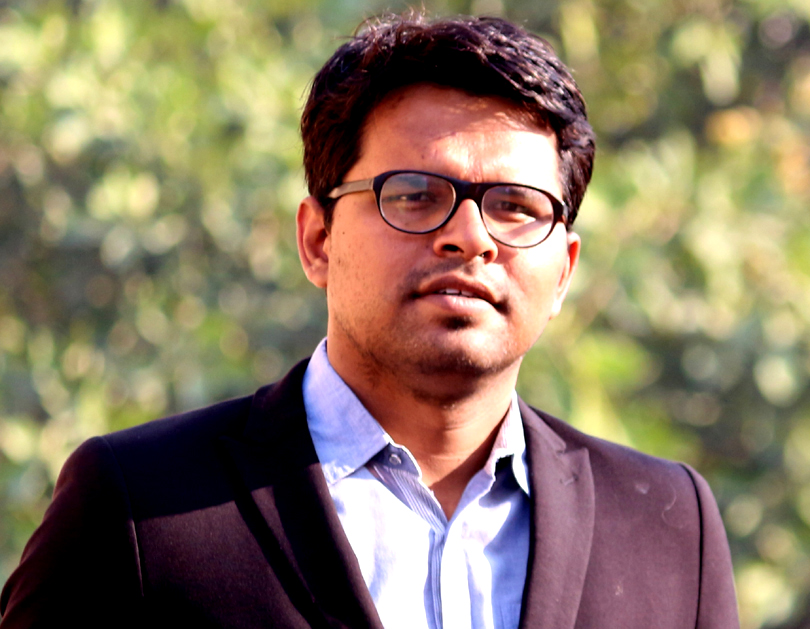 The founder of Eckovation: Education plus Innovation

Over time, the traditional methods of learning and studying are being discarded and new methodologies are adopted by the education industry. E-learning has seen a sudden spike since the onset of 2020 when the entire world was on lockdown due to the pandemic. But these platforms have been functional since a long time back and they have been providing the best academic services to students of all ages and educational backgrounds. One such platform which has become popular not only in India but also in several other countries is the Eckovation- the fusion of education with innovation. And the brilliant mind behind this platform is none other than Ritesh Singh- a simple IIT graduate whose vision helped him to take one step forward in changing the education industry.

Born and brought up in a small village in Bihar, Ritesh completed his primary education from the local school. As it was a small city school run by the Bihar government, the education quality was extremely poor which is why Ritesh was unable to bag amazing marks during the 10th standard finals. “Seeing that secondary education was not possible from the school where I spent ten years of my life, I decided to shift to a better quality school where secondary education was available in Science stream. After my parents enrolled my name in the new school and I started attending the classes, I came to know how different the education was.” Thanks to his teachers and the education he received, Ritesh cracked the JEE Advanced examinations and secured a seat in IIT Delhi for pursuing Bachelors in Technology. While he was studying in IIT, he had to complete a project along with one of his friends. Unfortunately, they weren’t aware that the ideologies they followed were much different from the real life industry which is why they failed. “As we failed to finish the project, I realized that unless we are learning the real life scenario and understanding the on-ground data, we would never be able to understand how technology is affecting lives. That’s when I decided to take on an internship course and I did. For several years, I worked in Bosch as a contractual employee where I learned more about the contribution of technology in the lives of common people”.

Conceptualization and formulation of Eckovation

In 2014, Ritesh left his job and decided to come back to the education sector only. He, along with one of his batchmates, Akshat Goel, started researching how to implement innovative ideas and use technology for improving and revolutionizing the education industry. “There is a huge gap in the education industry. If you look at the urban and well-settled cities, the schools and colleges are filled with qualified teachers and they have access to proper resources like books, lab equipment, computers, and so on. But if you consider the rural or the small town cities, you will get the reality check that Education is different in these places. Several schools are there where one teacher needs to reach different subjects, some of which are not even his or her forte.” “This was the main thought which inspired me to think out of the box and learn more about technology in the education industry. That’s when we conceptualized Eckovation. We learned about the gaps in the education industry at the time of quantifying the issues. We realized that the number of quality teachers and educators, both in school and private institutions is limited and several students are still struggling to get quality education and pursue their dreams. I think these are the basic ideas which pushed me towards the formulation of a learning platform which will provide the same ground for teachers, students, and parents. And since it was Education born out of Innovation, we named it Eckovation.

Eckovation- a new social learning platform for everyone

"Eckovation is a new platform where we provide quality education using the help of technology. It’s a social learning platform where professors and educators don’t have to deal with the burden of teaching many students at a time. We also help students of all levels find proper educators who will train them and provide them the knowledge they require. From tech students to corporate individuals, we are trying to provide a better future for them.” The major roadblock that Ritesh faced was in finding both quality teachers and students so that the ratio was appropriate for launching the platform. So, they focused more on the SUPPLY side which was gathering and convincing quality educators to teach on Eckovation. Ritesh believed that if they had enough professors from top-notch institutes, students and learners would automatically join their platform to get the type of education that they deserve. Over the years, they introduced several new courses and learning programs so that students can get high quality education along with opportunities for upscaling their skills and talents. Later on, they introduced several certified courses where one has to complete the course and clear the exam after which they will be given the certification.

Nominations and rewards for revolutionizing the education industry

Eckovation is now being considered as one of the fastest growing e-learning platforms where a harmony has been established between the teachers and students. Thanks to Ritesh's efforts, he is successful in implementing innovative education so that students won’t have to struggle like he did. In 2018, he was nominated for the Prime Minister Excellence Award Kalam and he even won it for his endless efforts in merging the gap between teachers and students. In 2020, when several businesses were in standstill and students couldn’t imagine a better future, it was Eckovation which provided them with the hope and the opportunity.

Education and innovation- the two faces of the same coin

To be honest, education and innovation are the two faces of the same coin. Without knowledge, there is no room to think out of the box and if there is no innovation, not everyone will be able to get proper education. That’s where Eckovation comes into the play! It’s not just a learning venture like other platforms. Rather it’s a technical ground where students and teachers can interact comfortably to create a better future. 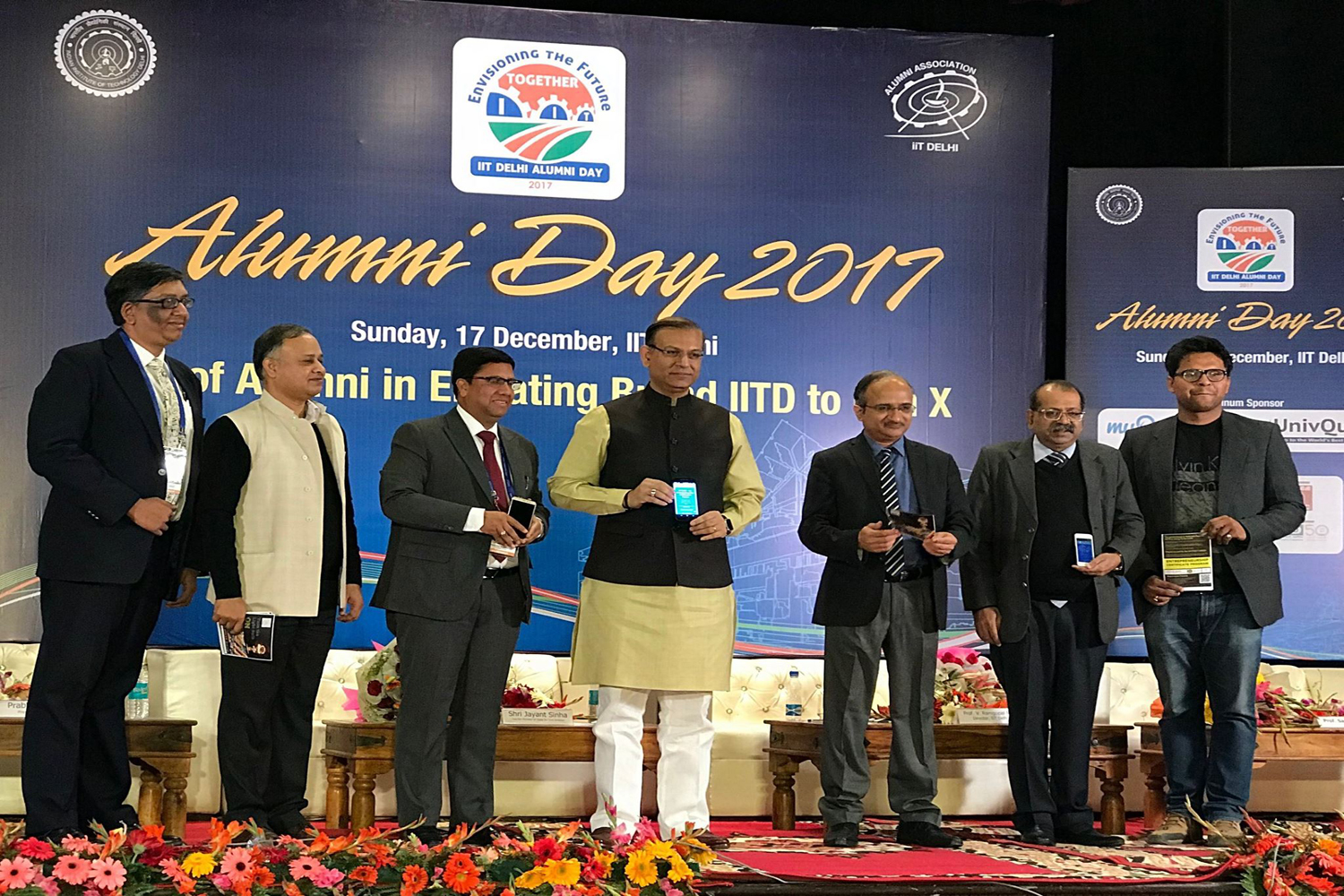 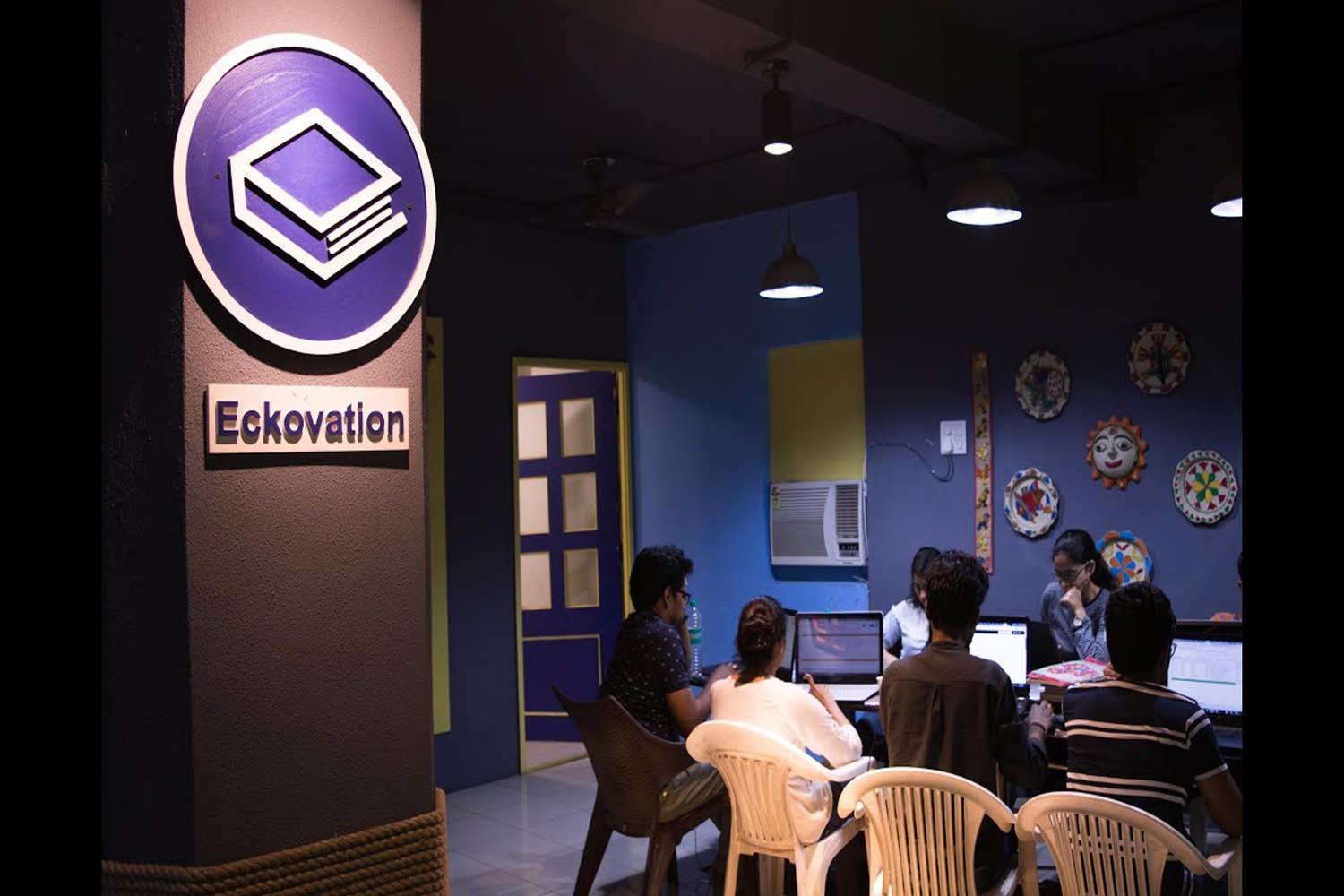 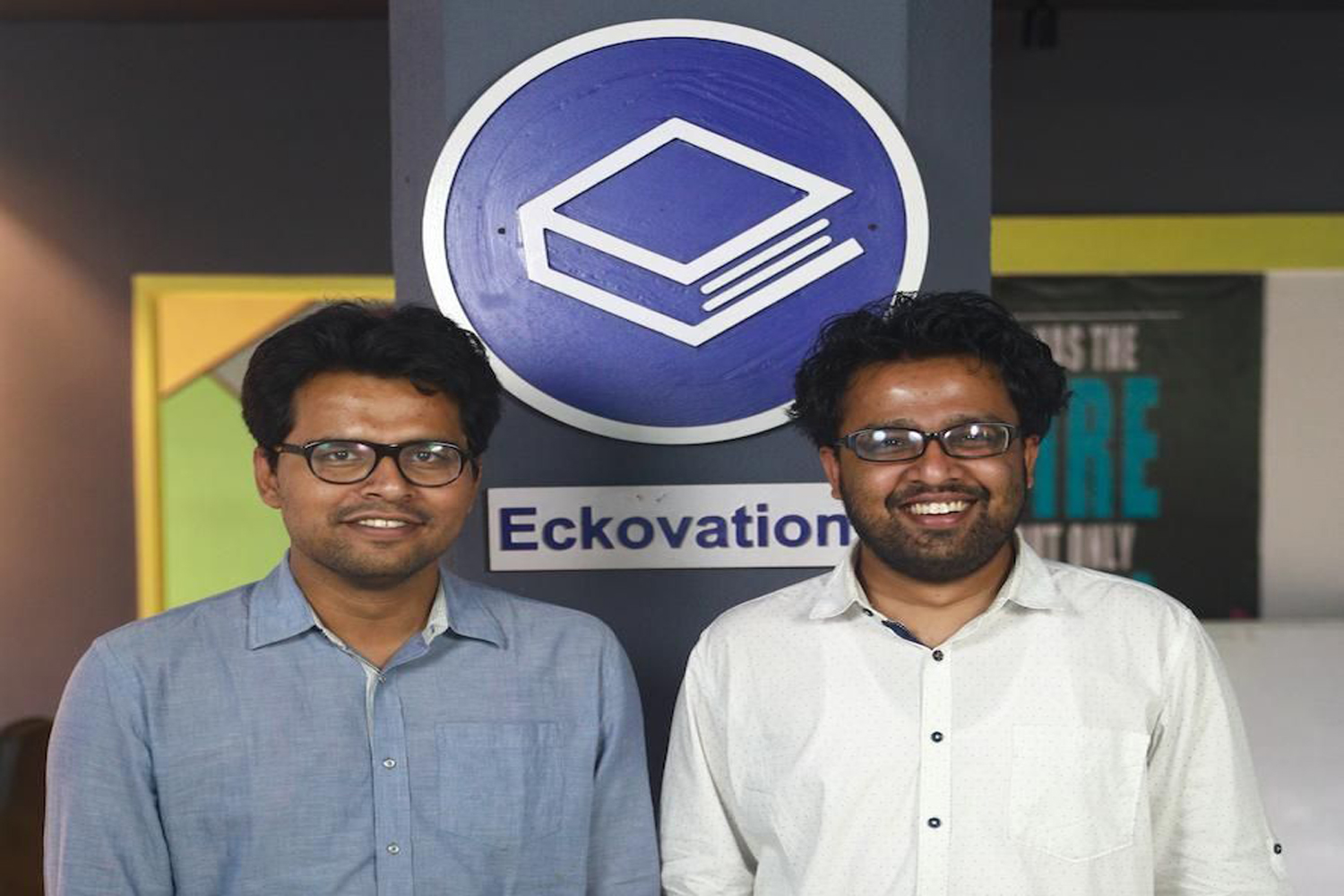 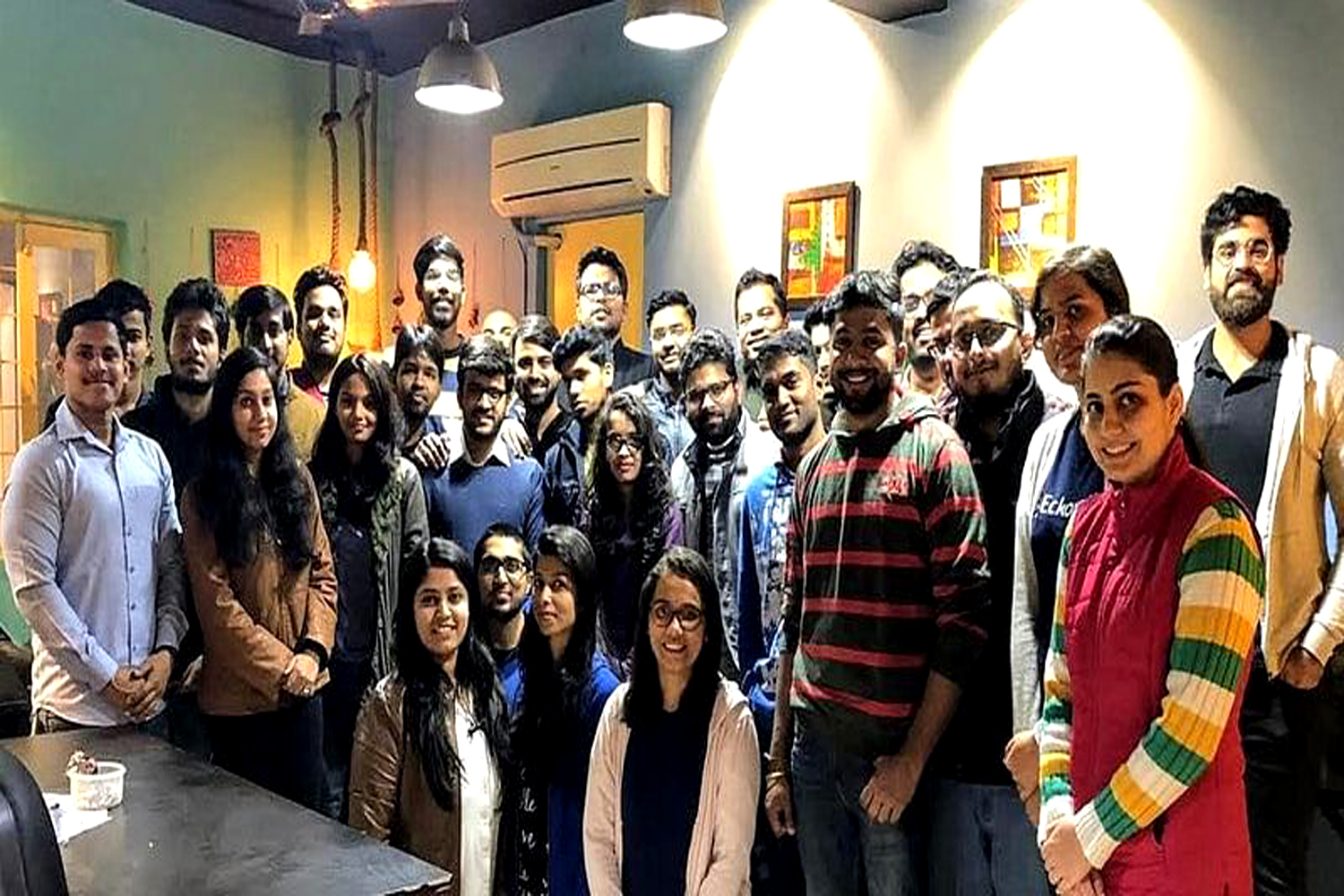