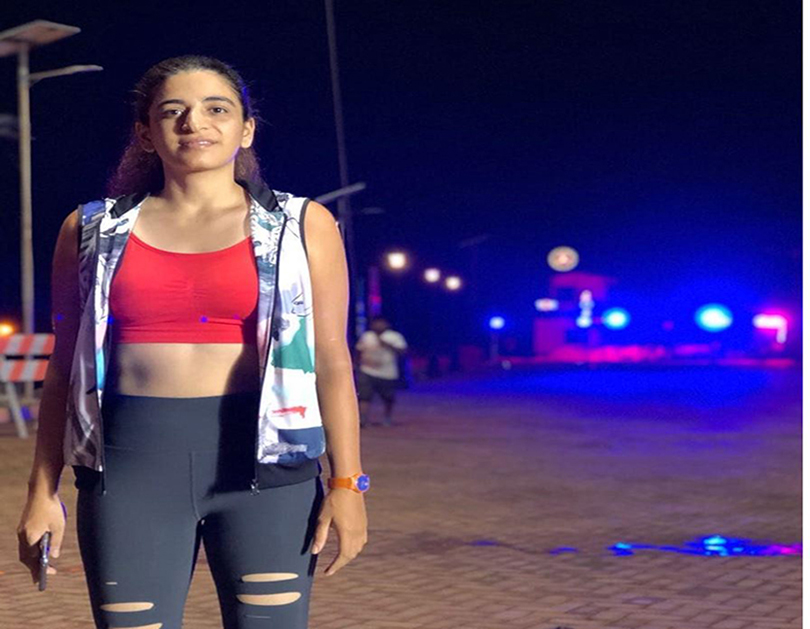 The Wonder Woman of Bollywood

From working with the who’s who of Bollywood to having a few Hollywood projects like Slumdog Millionaire, in her kitty, Sanober Pardiwala is the first name that comes to mind when we think of a stuntwoman in the industry. Renowned as the first stuntwoman in India, Sanober dons many other hats too. She is an actress, fitness expert, martial art trainer, and a clinical hypnotherapist. She uses all these skills to hone her main passion - Stunts. Let’s find out more about this fearless and tough Wonder Woman of India, who is more a real-life hero than a reel-hero.

A master of all stunts, Sanober has done it all -from shooting underwater to jumping off a high-rise building. She has performed with Bollywood biggies like Priyanka Chopra Jonas, Kareena Kapoor, Sonakshi Sinha, Tapsee Pannu to name a few. She is a pro at cars and bikes and has done many car crash scenes in movies. She has also done adrenaline rushing cable stunts, jumped off helicopters, and more. In her 20-year long career as a Stuntwoman, Sanober has been a part of about 200 movies and been nominated many times in Taurus World Stunt Awards, akin to Oscars in the arena of stunts. Besides performing stunts, she is also a fitness trainer for Bollywood celebrities, has done a doctorate in Clinical hypnotherapy and a nutrition course from American College in Sports Medicine. A realist by nature, Sanober believes, “You need to have multiple professions as you cannot rely only on stunt being a woman. You cannot jump from 15 feet when you are 18 years old and do the same at 40. The body goes through many hormonal changes, and injuries take time to heal. So always have a backup profession.”

Sanober started her journey with stunts at the young age of 12 years when she became a black belt in Karate and did her first advertisement for Aishwarya Rai. There was no looking back after that. Sanober reminisces, “I still remember after I did my first shoot I loved it. I really enjoyed being on set. Even at that age, I used to understand what the camera wanted. I could understand the lighting reflections and camera angles. Also, my parents brought me up to be a fiercely independent person and a part of being independent means to earn well. So I decided to pursue this as a career as I loved the work, and it got me enough money too.” Ever since then, Sanober has done hundreds of movies in Bollywood and a few in Hollywood. She has expanded her area of work and also provides fitness training to celebrities. She is a Clinical Hypnotherapist and nutritionist as Sanober feels one should have a backup plan always. She adds, “While doing stunts, I saw people getting injured and paralyzed. That’s when I realized that if I am in the same situation and cannot get back to doing stunts, I would be completely dependent on my parents. Also, women go through a lot of hormonal changes and physical fitness does get affected. I needed to have an alternate career too, so I did courses in psychology and nutrition. So you need to have something up your sleeve for the later part of your life.” Sanober’s fitness mantra 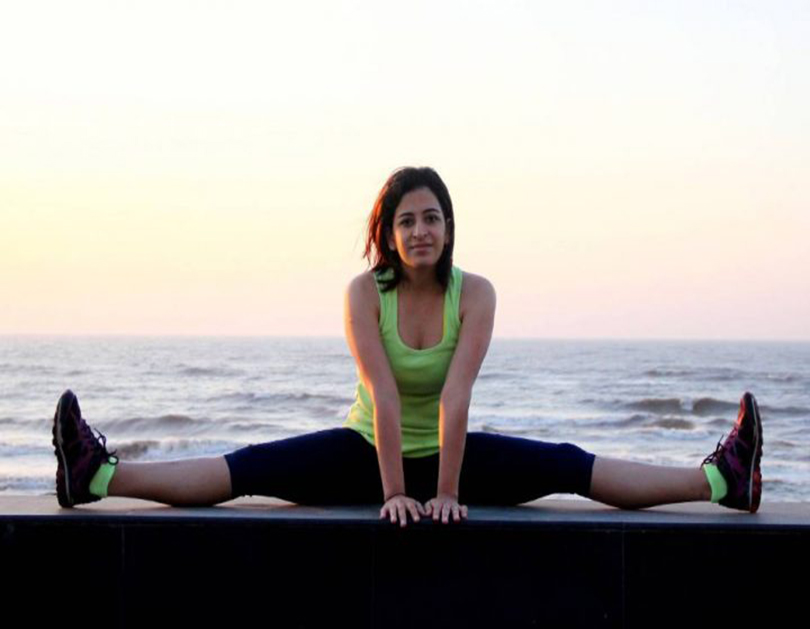 Being a stuntwoman is not easy and does not happen overnight. It takes a lot of determination, discipline, and dedication. Sanober is at the epitome of success as a stuntwoman having won so many awards and also being a part of so many movies. Her advice to young girls wanting to join this profession,“Get yourself into a good amount of physical training. You need to understand and develop your reflexes because things go wrong in a fraction of seconds. Reflexes and alertness need to be strong for you to make the right choice and not get injured. Besides that you need to be realistic and understand that you cannot be a stuntwoman all your life. The physical body cannot endure the same amount of rigor over time. So you should have multiple professions.”
With an undying passion for adventure, this woman of steel - Sanober Pardiwala, has taken the world by storm. Sanober is a beacon of inspiration for young, aspiring women trying to find their feet in the industry.

She lives by the mantra - Believe in yourself, and the rest will follow! 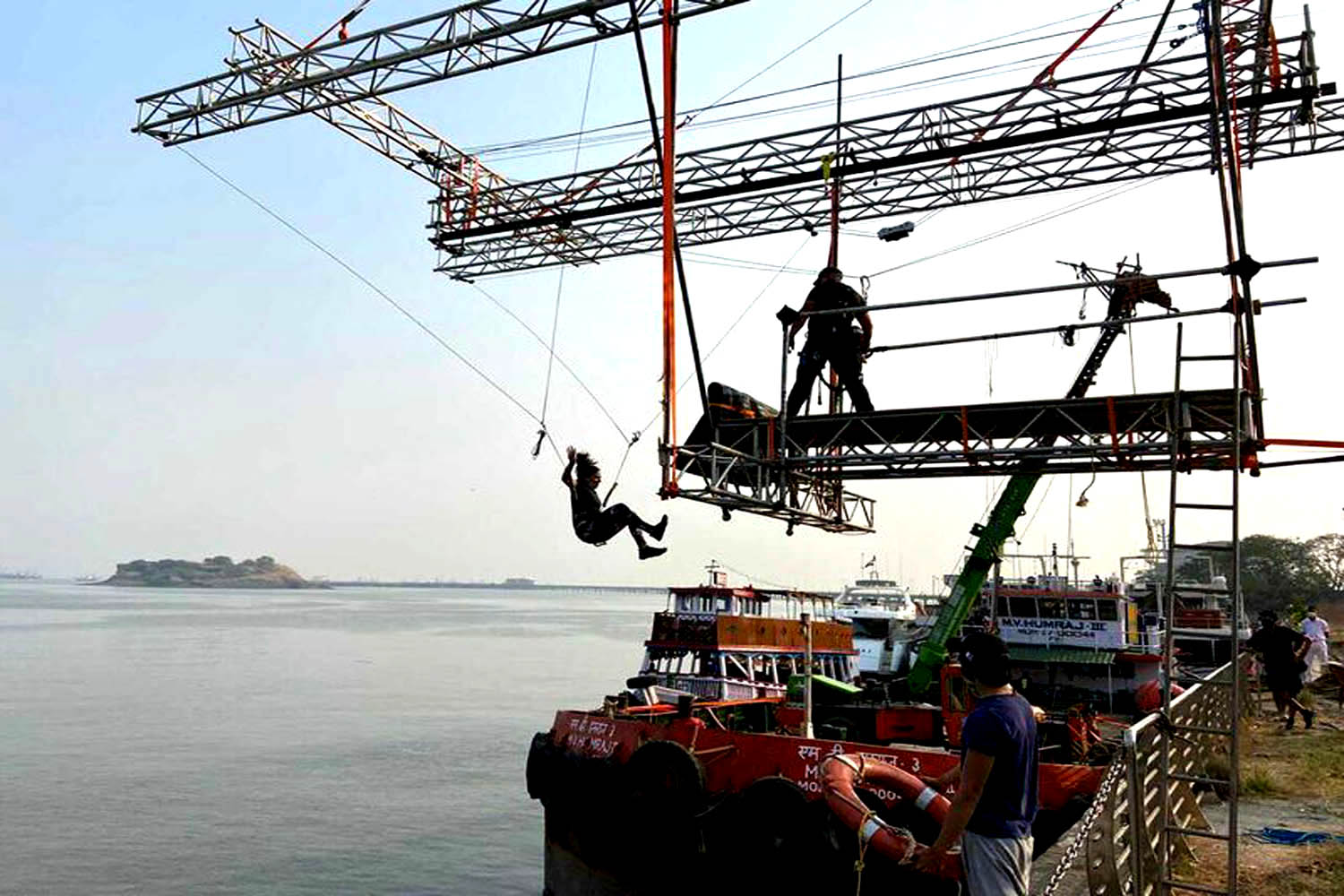 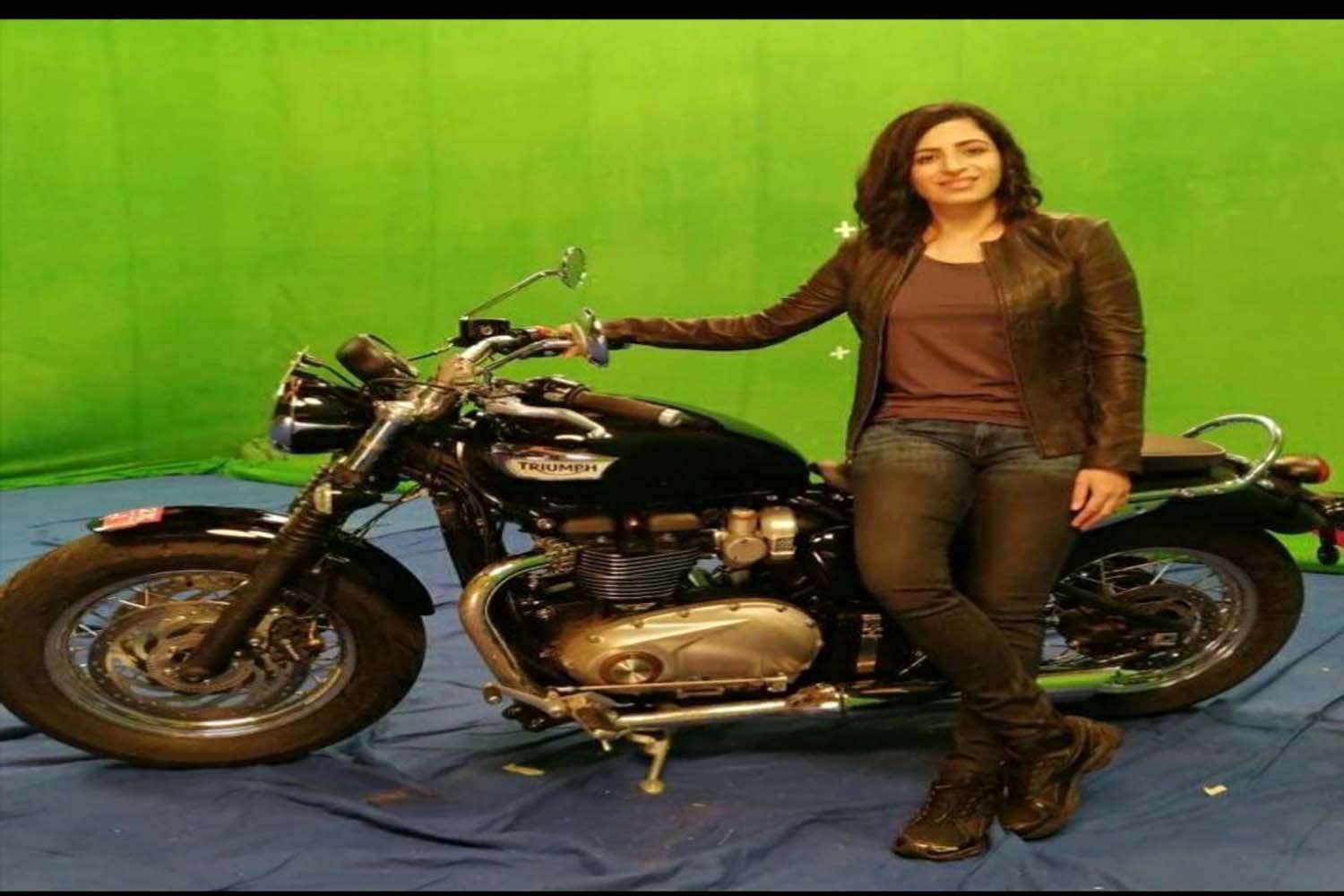 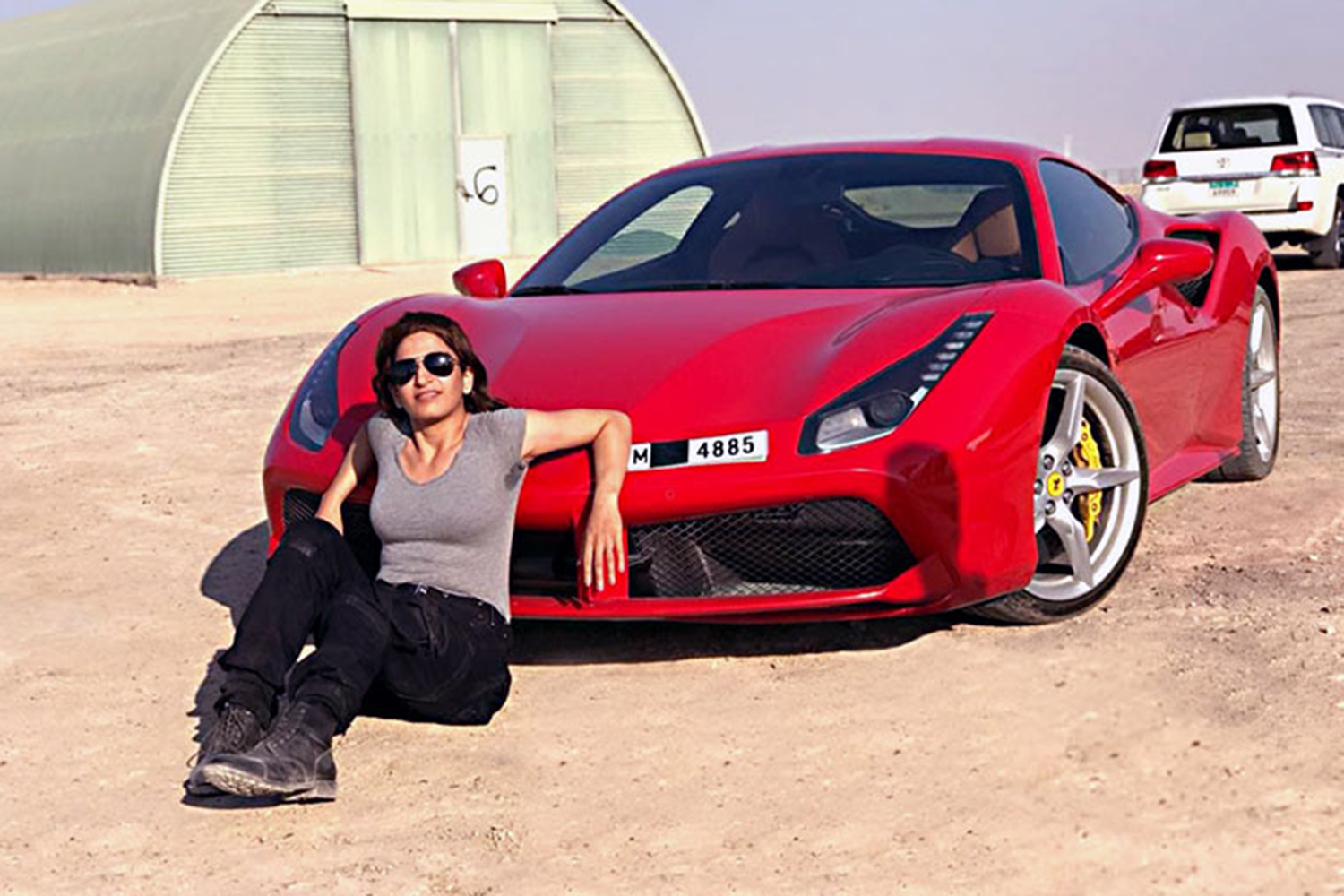 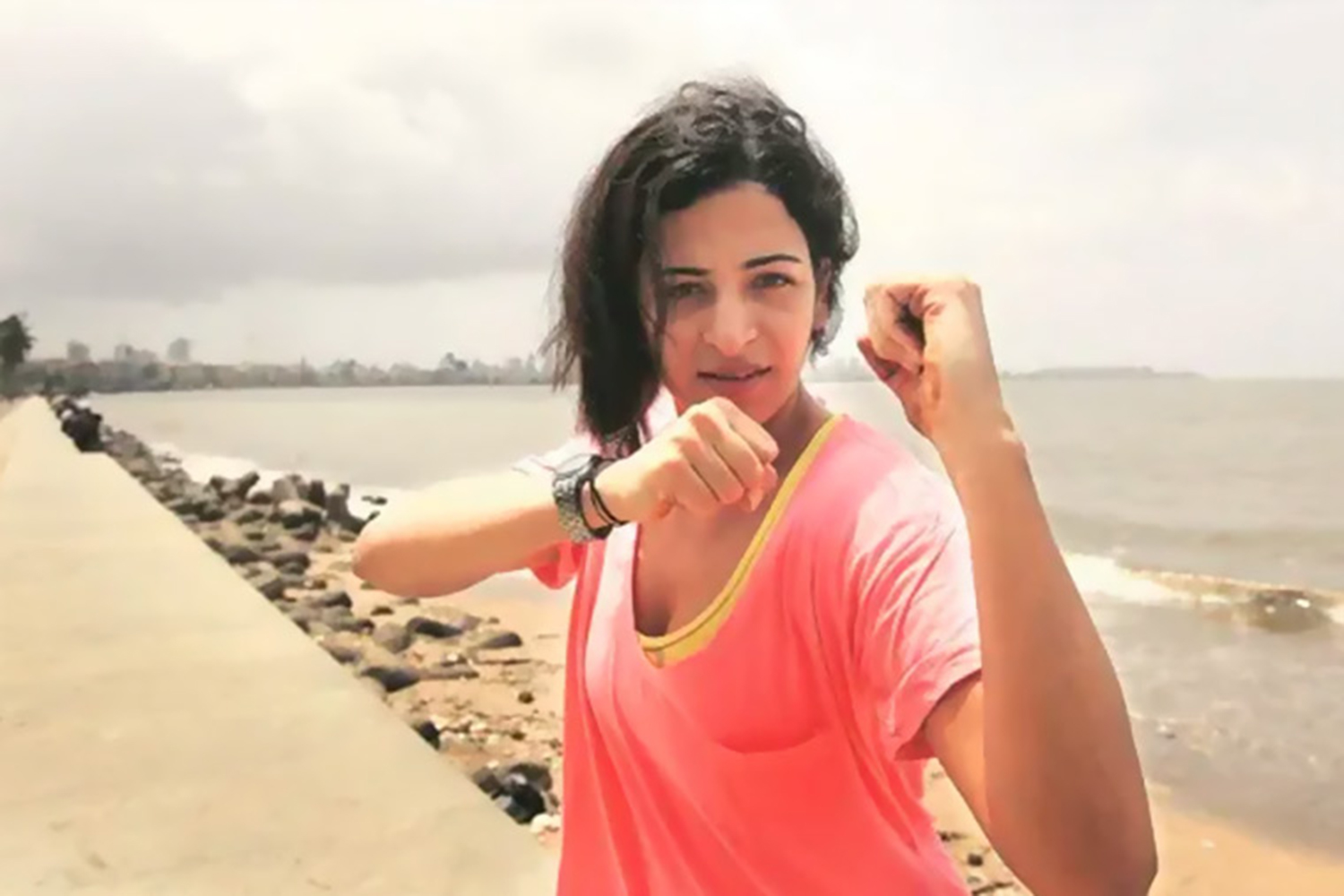