Over the years, India has become one of the pioneers in several sports on the international platform. Be it boxing or tennis, India has won several medals and trophies since the last two decades. However, the country failed to enter any championship, let alone win the same in the moto racing industry. Car racers hailing from India are abundant and they have won several awards also. But in the motorbike racing world, Indians were falling behind until a 22-year old aspiring boy, Sarath Kumar won the Honda Asian Championship as the first runner up in 2014. It was a 125cc bike race which he finished gracefully and quite aggressively also. He proudly wrapped the tricolor Indian flag around himself when he had to stand on the podium with racers of other countries. A genuine and happy smile etched on his face when he was declared as one of the three winners and was handed the trophy as could be seen from the pictures.

Sarath’s early childhood wasn’t filled with delicate roses. He came from a mediocre Indian family in Chennai where his mother was the backbone. She worked in a company as a trainer and managed all the household finances alone. She worked for more than twenty-eight years when finally she had the chance to retire as Sarath became capable of earning money for his family. “It was a challenge for us to get proper meals or clothes or celebrate any occasion with open hearts. Even though I lived in a joint family with my cousins, uncles, and aunts, our condition was the poorest from all”. As his mother was the only bread-earner of his family, till the 4th Standard, he studied in a private school. Fees were minimal which helped his mother to provide at least the basic education that every kid deserves. However, with increasing academic standards, the fees also started to rise in amount. For this reason, Sarath was transferred to a government school where practically no fee was required. And even if someone has to pay a fee, it’s very minimal. He was in the government school till the 8th standard. “After completing 8th standard, I couldn’t continue further with my studies. We were struggling a lot with the finances and that’s why I had to drop out. Since whatever my mother was earning failed to fulfill our daily needs, I joined a full-time job. After a few months, I did apply for the 10thstandard written examination. But I couldn’t give the fourth paper which is why I failed to successfully complete all the papers”.

Start of a new journey as a motorbike racer

“During my early years, I was working a part-time shift in a bike workshop. I also had experience in repairing the cycles since my first job was in a cycle mechanic shop. Whenever I used to work on the bicycles, I would make modifications in the cycles to make them more efficient and enhance the performance”. “When I was working in the bike workshop, I encountered some racing bikes. To be honest, I loved the sounds those bikes made when they were in full gear and the speed with which the bikers traveled was spell-bounding”. These events increased Sarath’s curiosity and he joined a local racer bike shop. Even though it wasn’t a professional repair center, they had contacts with professional bikers. That gave him a chance to learn about a bike racer’s lifestyle. It was during 2006 and 2007 when Sarath came across some bikers visiting the shop who were familiar with the race tracks. At that time, he was around 13 years old and hence officially he wouldn’t be allowed to see the racing tracks. So he requested those bikers on several occasions but most times, his pleas went unheard until one day he finally got a chance.

Even though Sarath knew he didn’t have the skills of a biker, he promised to himself that one day, he would participate in a competition on those tracks.

“With the plan in my mind, I joined the TVS Factory company as a racer bike mechanic for the newcomers. I worked there for six to eight months initially and during that time, I learned a lot about racing and the skills one needs to develop from the bikers. It was actually around this time I bought my first motorbike, the TVS 50.” Luckily, some senior racers from TVS Factory noticed him riding the bike everyday while coming to work and going back. Sarath approached them and told them that he also wanted to participate in bike races. At first everyone was shocked. But seeing Sarath’s determination, they finally agreed. “I didn’t have any money with me at that time. But for racing, I had to pay a minimal fee of INR 500 which was quite a big amount for me. Moreover, I also couldn’t buy the racing gears. Seeing me struggle, those senior bikers came forward to help me gain entry in the racing sports. Also, they helped me with the gear that I would need for racing and for the first time, I rode the motorbike on a racing track”.

Sarath Kumar’s participation in the 125cc World Championship and MotoGP

After several years of racing in normal competitions and winning them, Sarath finally took part in the 125cc World Championship. As his body and mind was tuned with bike racing, he became a pro in the auto racing sports. And that’s why he enrolled himself in the competition. He had money to buy the advanced gears and on top of that, he had already overcome his fears of accidents or injuries. “When I got accepted into the championship, I was excited. There were so many things to learn about bike racing that I didn’t know. Even though I was way beyond thrilled, a fear of failure lingered in my thoughts. But I didn’t allow it to win and focused on the championship. After all, it was a turning point of my career as a motor bike racer”. He was the first Indian to participate in the championship of 2011. Moreover, he was the only Indian who was about to race against some tough competitors from different countries. Even though he failed in the championship, he learned a lot and gained several knowledge about bike racing on the international level.

The real meaning of racing and success according to Sarath Kumar

According to Sarath Kumar, to get success in the moto sports, one needs to be attentive, dedicated, and on top of everything, cautious about bike riding. A small mistake in learning about bikes and bike racing can end someone's dream in just a few minutes. “Discipline is very important for the moto bikers. In addition, hard work is also important because one day it will definitely pay off. I’m planning to train the young riders in the coming years so that they can achieve what I couldn’t. My goal is to see them reaching the zenith of success with my guidance and their hard work”. 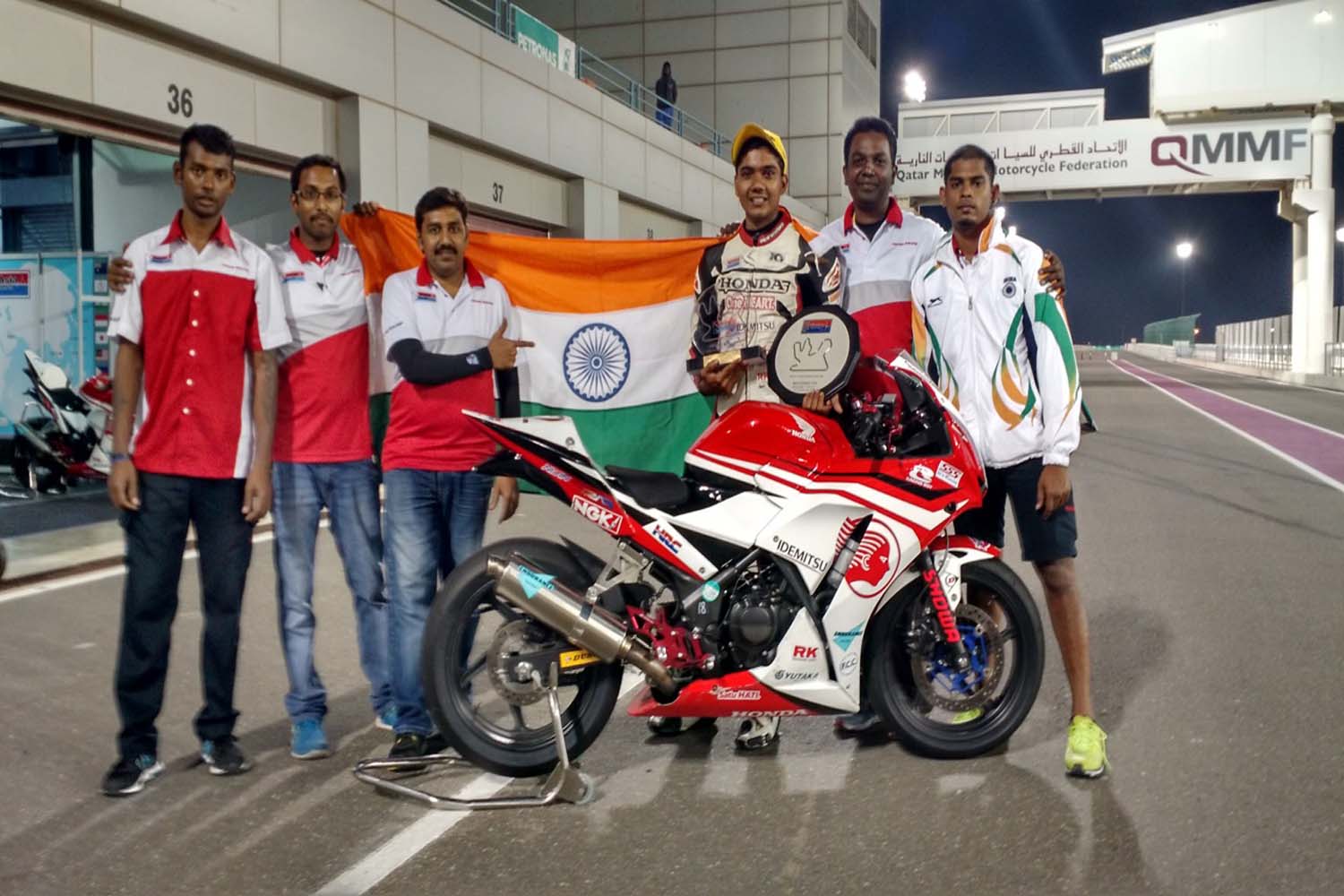 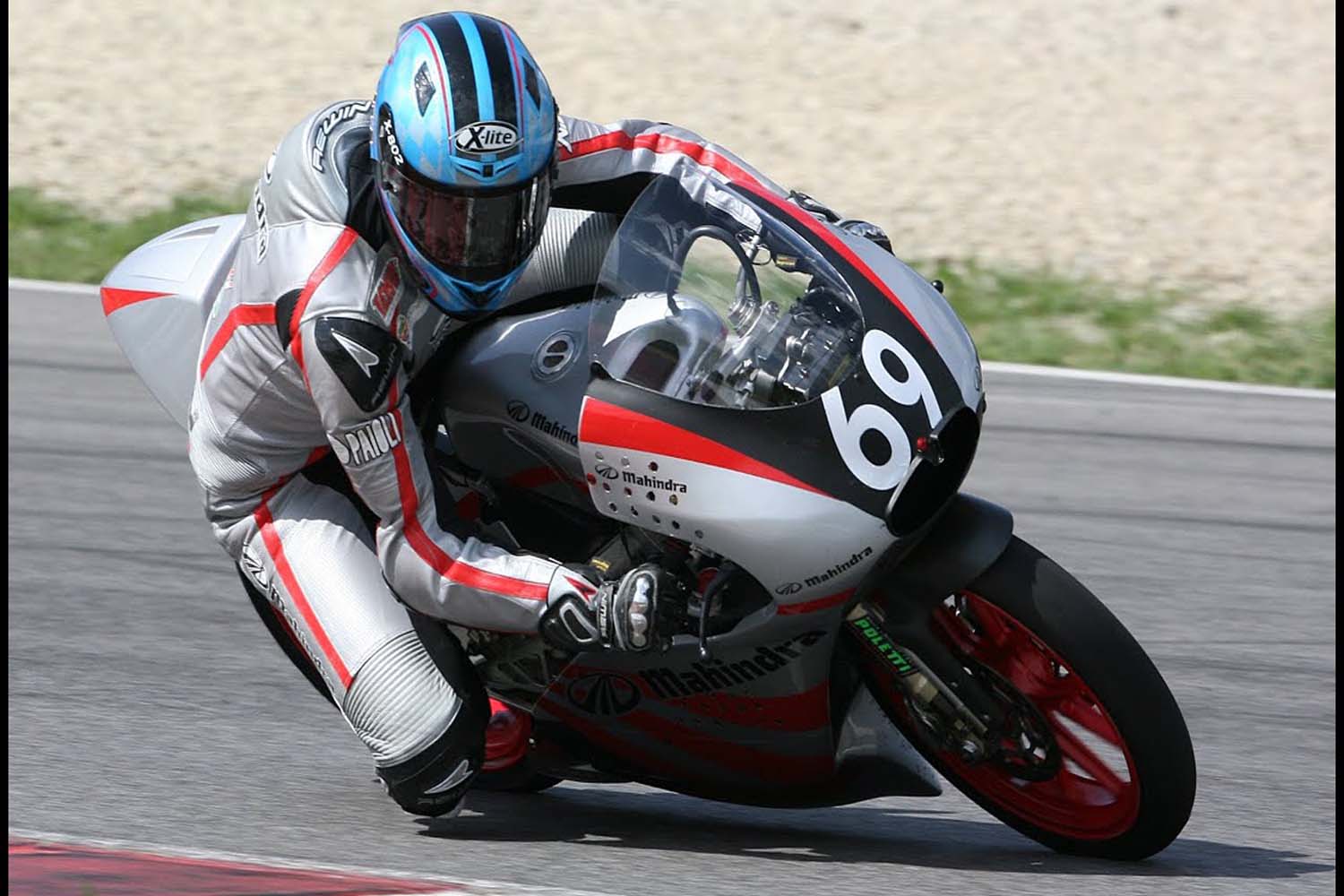 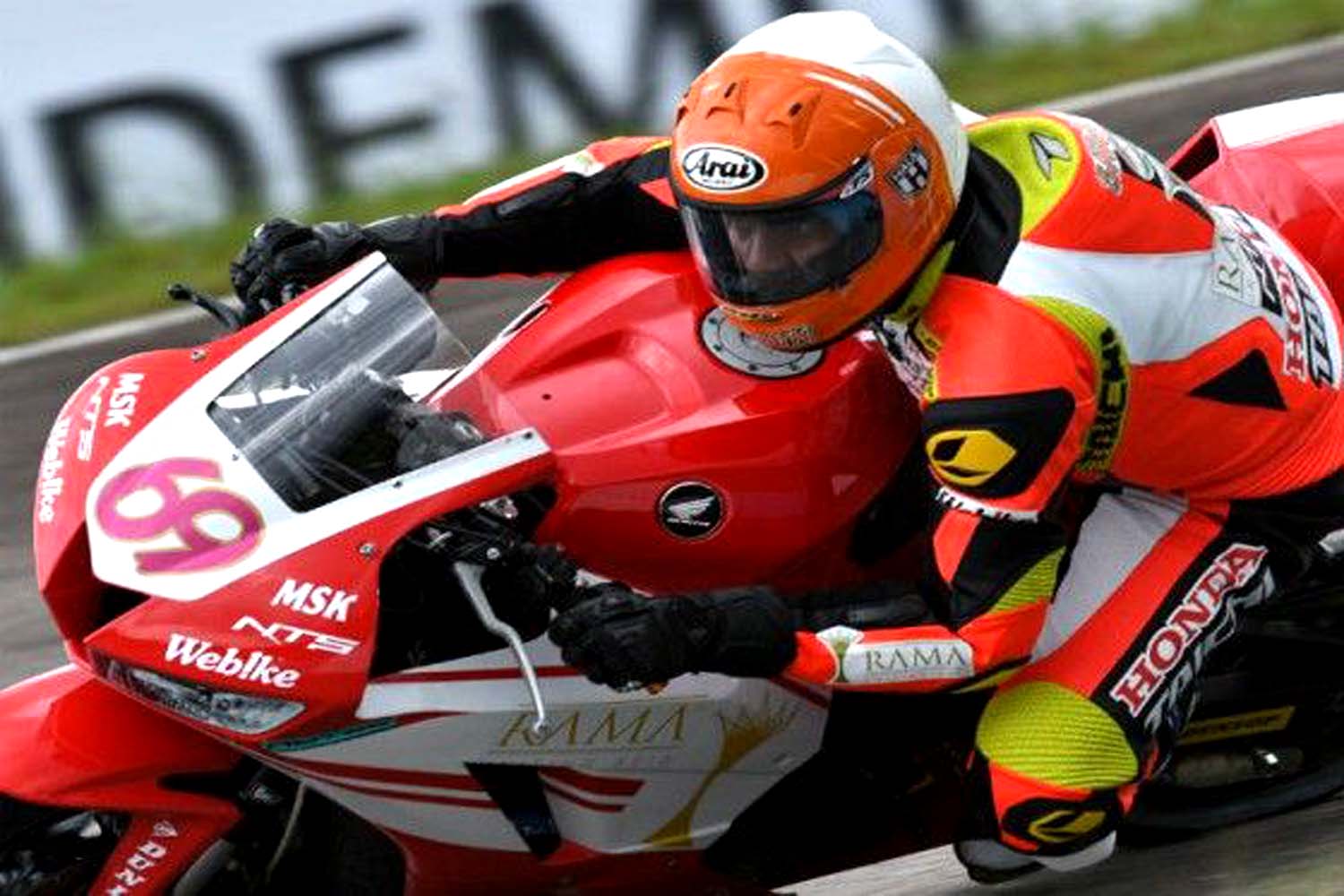 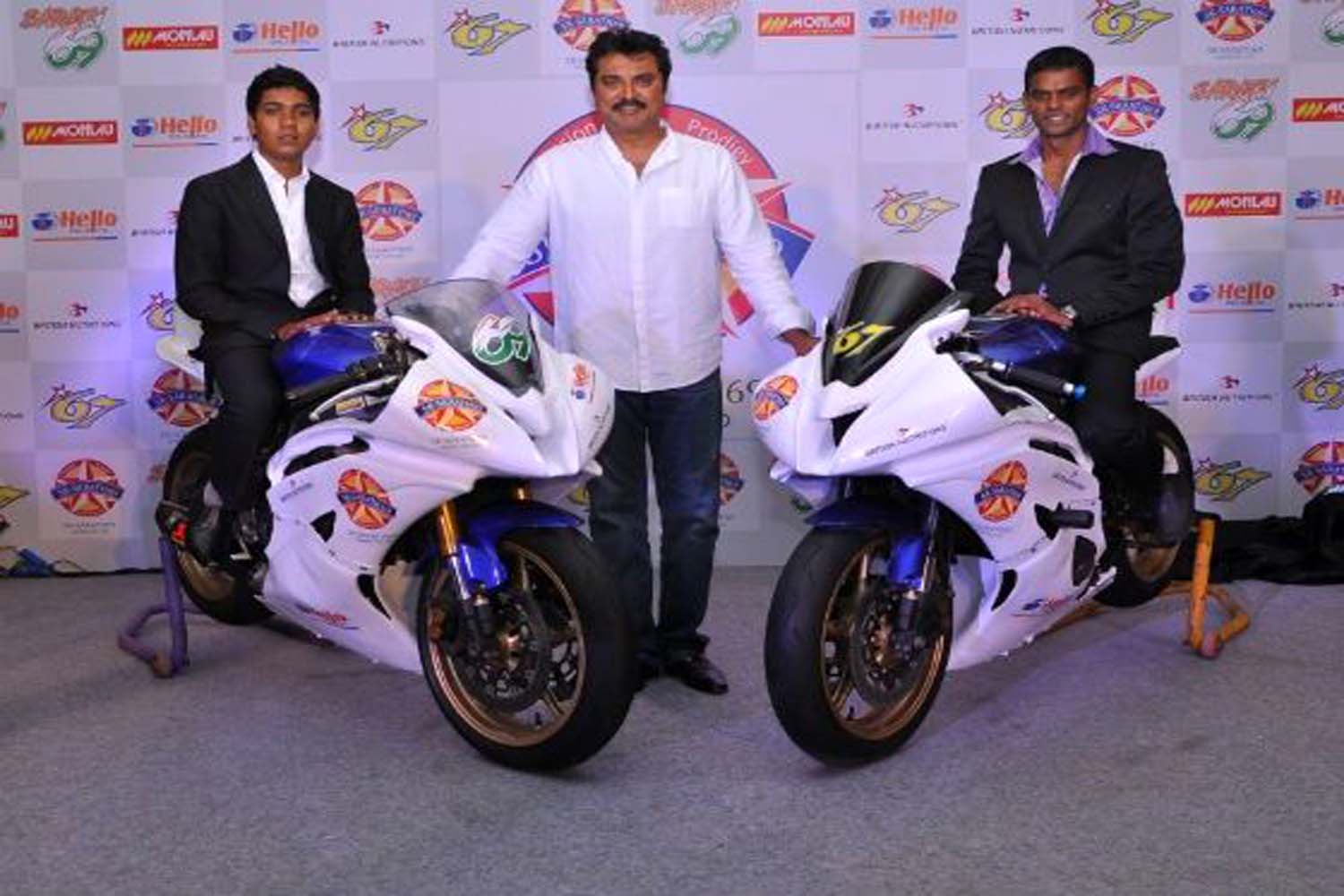