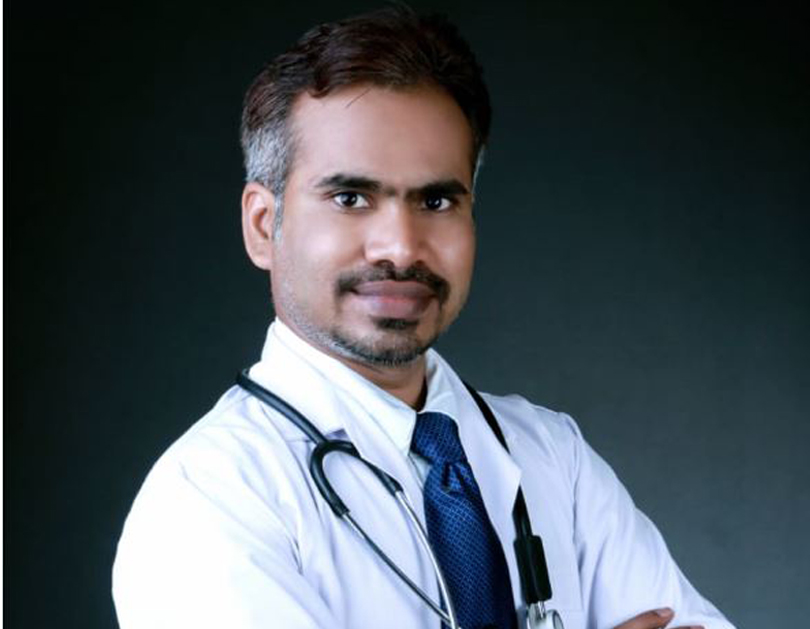 The man behind the Mobile Doctor Clinic and Matru Siri Foundation, Dr. Sunil Kumar Hebbi, is now embarking upon a new journey of fighting towards Indian citizen's Right to Health. Dr. Sunil has always been considerate of the needs of primary care for common people. He knew about the lack of proper healthcare from his native village, where people had to travel over 45 kilometres to get basic treatment. Since then, he had vouched to help the poor and needy get the adequate medical help they so direly need.

Dr. Sunil Kumar Hebbi was born and brought up in the small panchayat village of Mamadapur located in the Vijayapura district of North Karnataka on 20th July 1983. His father being a farmer and his mother a homemaker, their main source of income was agriculture. However, Dr. Sunil and his three siblings have successfully created a medical background for themselves against all odds. However, residing in a remote and underdeveloped village had affected their education to the extent that they had to struggle to receive basic primary education.
After completing his schooling in Mamadapur in a Kannada medium school, he went to a college in a nearby city to finish his Pre University Courses. Then he got a medical seat in the RK medical college in Vijayapura, North Karnataka, and started pursuing his degree there. Being a medical graduate in Karnataka back then was very tough. "Working at those hospitals helped me pay off the education loans that I had previously taken out for pursuing my degree. During the initial days of working, around 2009 to 2010, hospitals would pay around Rs. 4000 to medical graduates. I had multiple-hour shifts from 8 am to 2 pm and then again from 2 pm to 8 am during the weekdays. Thus I was working almost 24 hours sometimes for just a few thousand rupees per month."
However, amidst all hardships, he never failed to do his part for society. "During the weekends, however, I used to set aside some time and work with NGOs. As a result, I got to know the sheer number of people who are struggling to get the most basic and primary care."

The Vision for a Mobile Clinic

Dr. Hebbi always knew that he wanted to do more for the people but lacked the resources and funding. He states that while there are numerous public health care institutions in Karnataka, they are not working up to their potential due to a lack of sufficient doctors, staff, medicines, proper equipment, and many such factors. The resources are just not enough to cover the medical care for all the underprivileged people of Karnataka. While working with corporate hospitals, he realized that people living in slums need more access to better healthcare than any other category. However, they go to work very early in the morning and come back late at night and earn just a couple of hundred bucks daily. Spending that on just a medical consultation would be quite hard for them. This is when he got the idea of a mobile clinic. "I converted my car into a ‘Mobile Doctor Clinic’ back in 2010 and travelled from place to place to provide first aid and primary checkups and medicines as well. I used to put a first aid box in the dicky space of my car and then gradually started adding more and more medical equipment to it. Some of the equipment included five to six foldable examination tables and chairs, wheelchairs, portable ECG machines, glucometers, thermometers, blood pressure monitors, and so on.”
The Mobile Clinic had helped tremendously when he encountered an accident in Hosur Road. He did the first-aid treatment from the equipment in his car and admitted him to a nearby hospital. The mother, who was unaware that he was a doctor, thanked him profusely and started crying. Their intense emotions of thankfulness made him realize how scarce first aid was there and how badly the people needed basic healthcare.
With the help of his clinic, he had set up more than 780 temporary medical camps all over Karnataka and helped hundreds of patients every day. 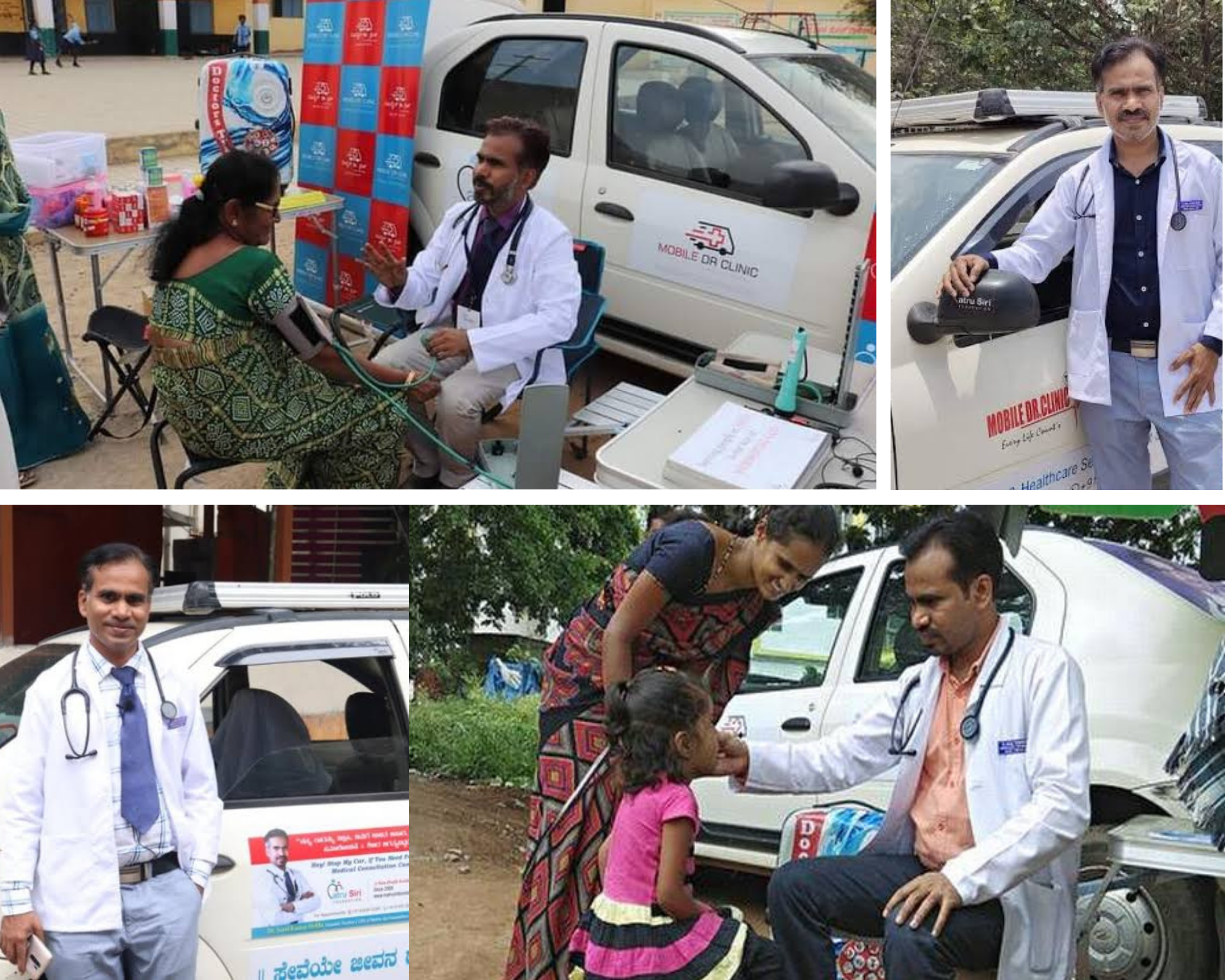 Apart from providing free checkups, Dr. Sunil also trains the youth and other people to provide first aid treatments during accidents. "The primary role of our medical camps is to spread awareness about how to offer first aid to people in need. We teach students in schools and colleges as well as people in slums and old age homes how to carry out simple procedures of first aid and give cardiopulmonary resuscitation (CPR) during emergencies. We spread awareness on how to provide basic first aid during accidents, electric shocks, and snake bites. We teach them about the things they should do as well as the mistakes they should avoid doing." He also raises awareness about the medical schemes that the government provides.
“We raise awareness on how to be treated free of cost under government schemes and how to avail it in different hospitals. Over 1600 procedures and treatments are available under these schemes in private and government hospitals which can immensely help the poverty-stricken people. But how will they help if the people do not even know that such a thing exists in the first place?”

Dr, Hebbi started the Matru Siri Foundation with some other doctors in 2010 in Vijayapura. It is a completely volunteer-based organization that runs on the money that the doctors and himself provide. People also donate essential medicines, lab equipment, and other such resources whenever they can. Many colleagues and friends of Dr. Sunil had supported him since the beginning with their money, time, and effort.

Dr. Sunil had encountered numerous roadblocks in his journey. Apart from obvious financial problems, some people and politicians take advantage of his free medical camps to gather publicity for themselves. "It is a very difficult task to offer up your services for free without having any idea where the money for your livelihood is going to come from. I underwent financial crises multiple times during these years of setting up camps and organisations."
However, he advises young doctors who aspire to follow his footsteps never to give up. "I faced multiple problems during this ten-year journey but never thought about giving up because this has been a dream of mine. My dream is to provide the fundamental right to healthcare to every village, every slum, every house of this country and to set up a hospital that will treat the needy free of cost."

When the pandemic hit, Dr Hebbi decided to provide his free medical service to people who have mild COVID symptoms. He explains, "During the first COVID wave that happened last year, I did not back out. But this time in 2021, I observed the intensity of the virus and the high death rate among people. I decided to help people and make the most of my mobile clinic. Recently, I made a video and posted it on my Facebook page along with my contact number. In this video, I not only spoke about the virus but explained in what way I can help them. The video went viral and got many views. I was flooded with calls on the first day and wasn't able to treat all of them on the same day."I decided to treat people in home isolation, especially poor families and senior citizens, staying alone here as their children's stay out of the city and country.I receive at least 50 calls a day, out of which I am able to attend 15 to 20 patients daily. I have treated around 300 people in the past 30 days, most of whom have recovered from COVID-19. His friends and well wishers help for covid kit purchase, which costs approx rs.900 medicines. He continues, "We don't go to doctors until our illness increases. For any disease, there is a primary stage and it can be treated easily. Similarly in COVID, people need to treat it in the early stage itself. There is a particular period or course of tablets that the patients necessarily need to complete. But a lot of COVID patients are negligent. They consume medicines for the first two days and once they are fine, they stop consuming it. In that short span of time, the infection rate increases. There would have been a lot of time loss and the severity would have increased. In cities like Bengaluru, it is obvious that we don't get beds or medicines for COVID patients and the result is death.``

Dr. Sunil Hebbi aspires to raise awareness for the necessity of a Right to Healthcare bill in India. "Our government is only putting 1.25 per cent of the total GDP in healthcare where they should be spending at least 6 per cent. While so many countries like Sri Lanka, Pakistan, Cuba, Canada, Germany, have made healthcare their fundamental right to the citizens, India fails to do so." Many remote villages like his lack basic primary health centers, which can change if such a bill is introduced in India.
He plans to provide the fundamental right to healthcare to every village, every slum, every house of this country and set up a hospital that will treat the needy free of cost. "Once we get the proper support and funds, we will embark on the journey from Bangalore to Kanyakumari to Kashmir and then to Delhi, helping the needy and raising awareness throughout the country. We are planning to run a campaign where we study the healthcare conditions of all the states of this country and submit a report to the Prime Minister and the Supreme Court claiming better healthcare regulations."

Dr, Sunil Kumar Hebbi is an inspiration to all the emergent doctors and the common citizens of India about how a little help goes a long way. If everyone starts doing their a bit to help the needy, it will impact tremendously on the betterment of our society. "I ask the doctors to contribute their time, money, resources, and skill to help the medical industry to prosper in this country." 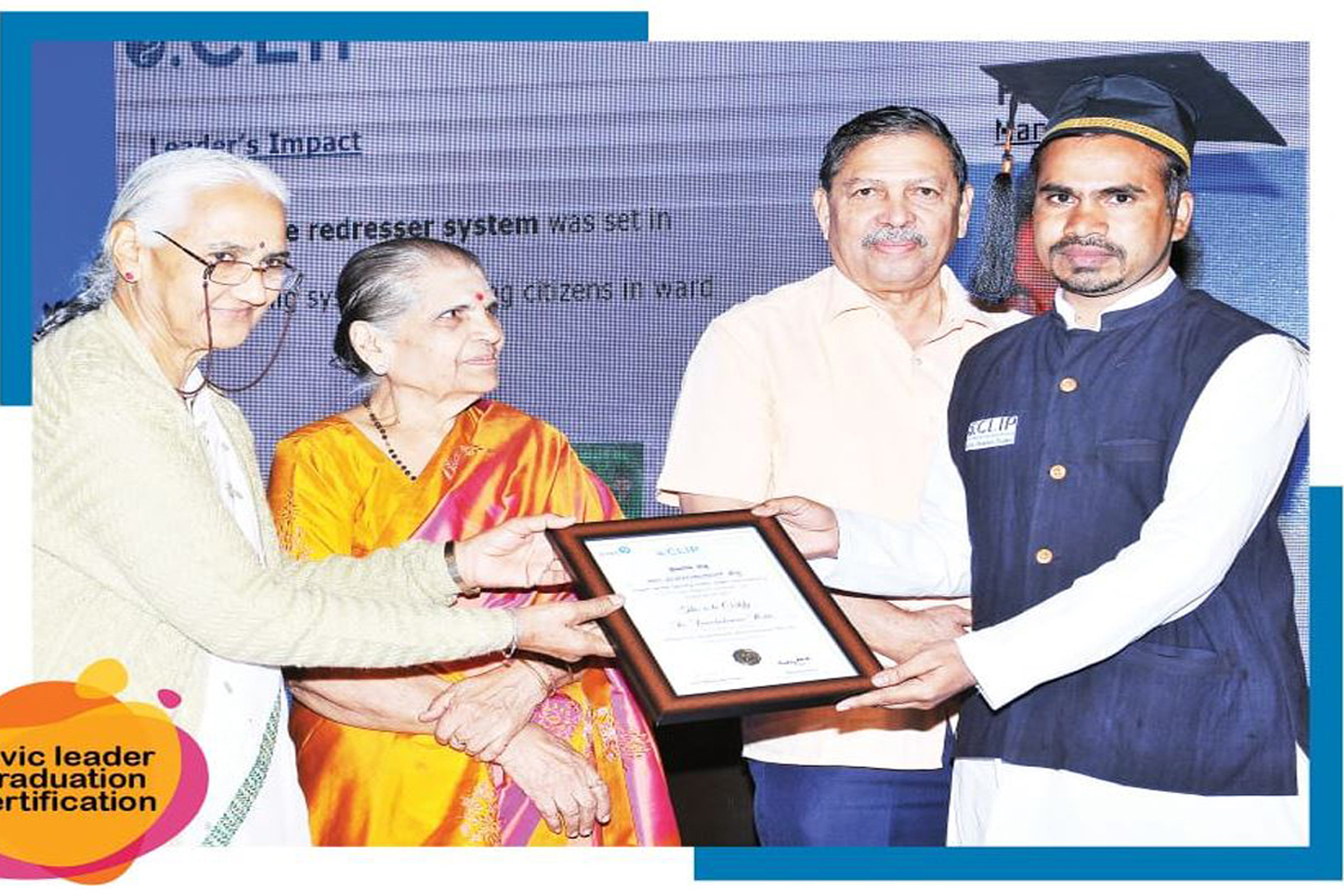 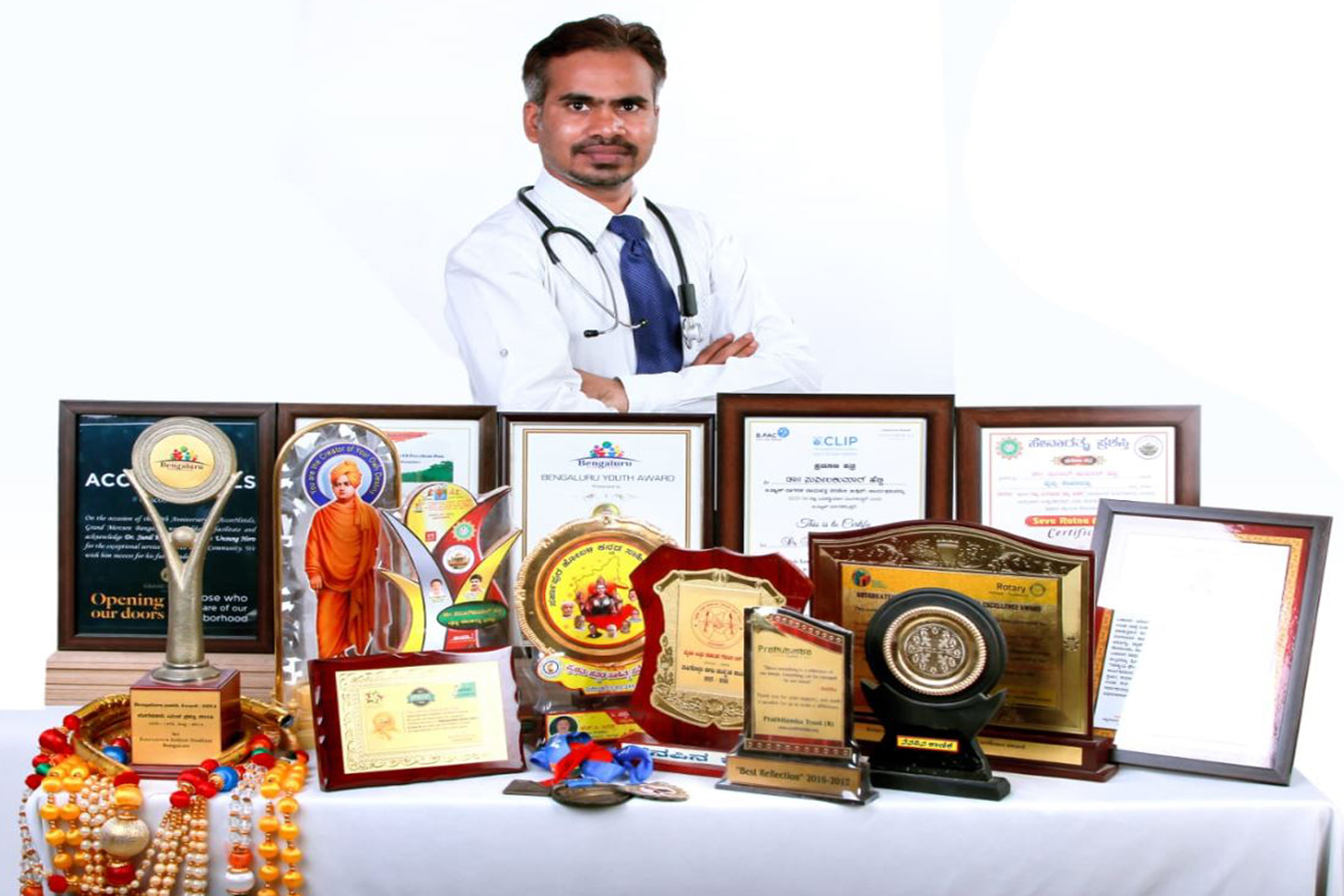 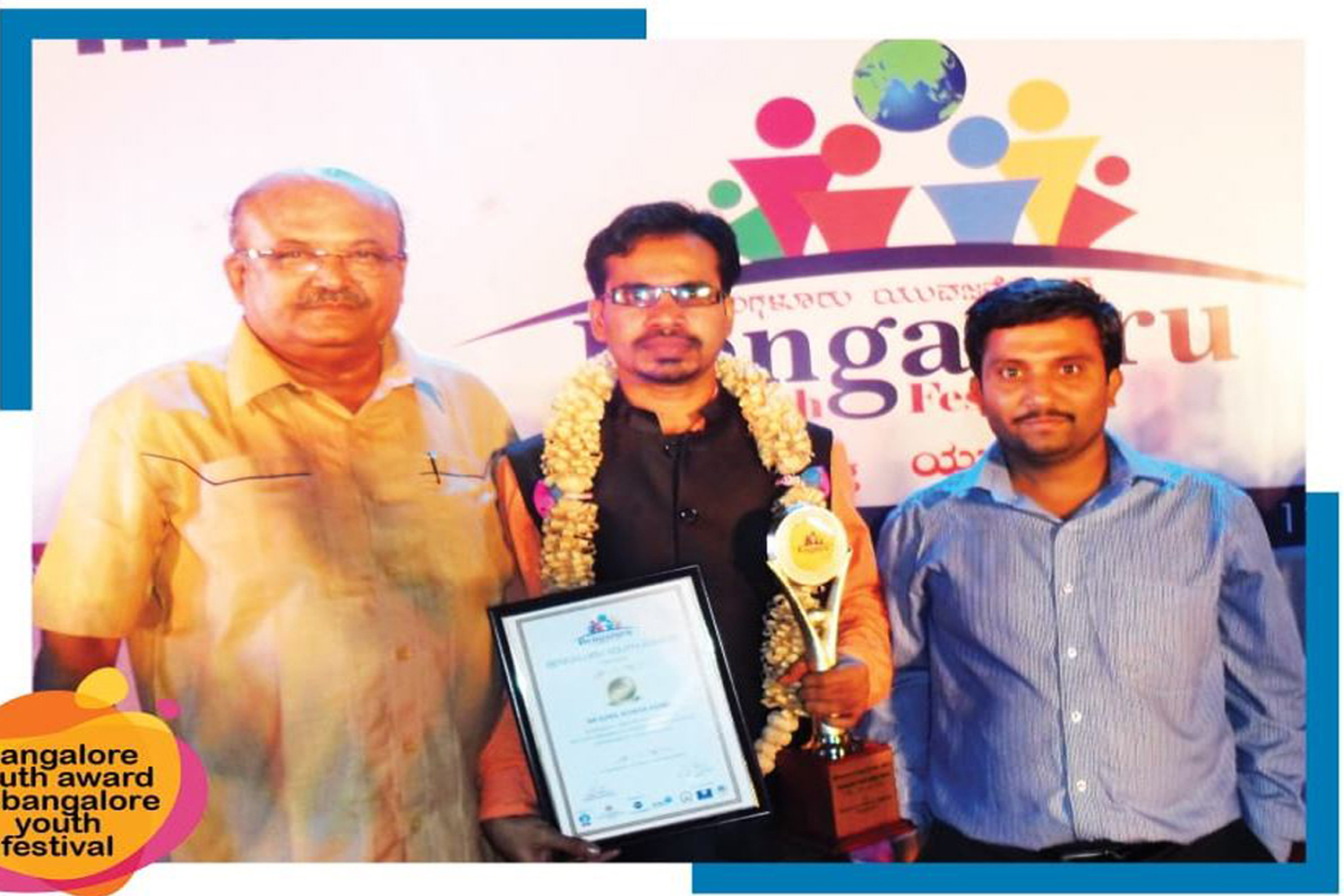 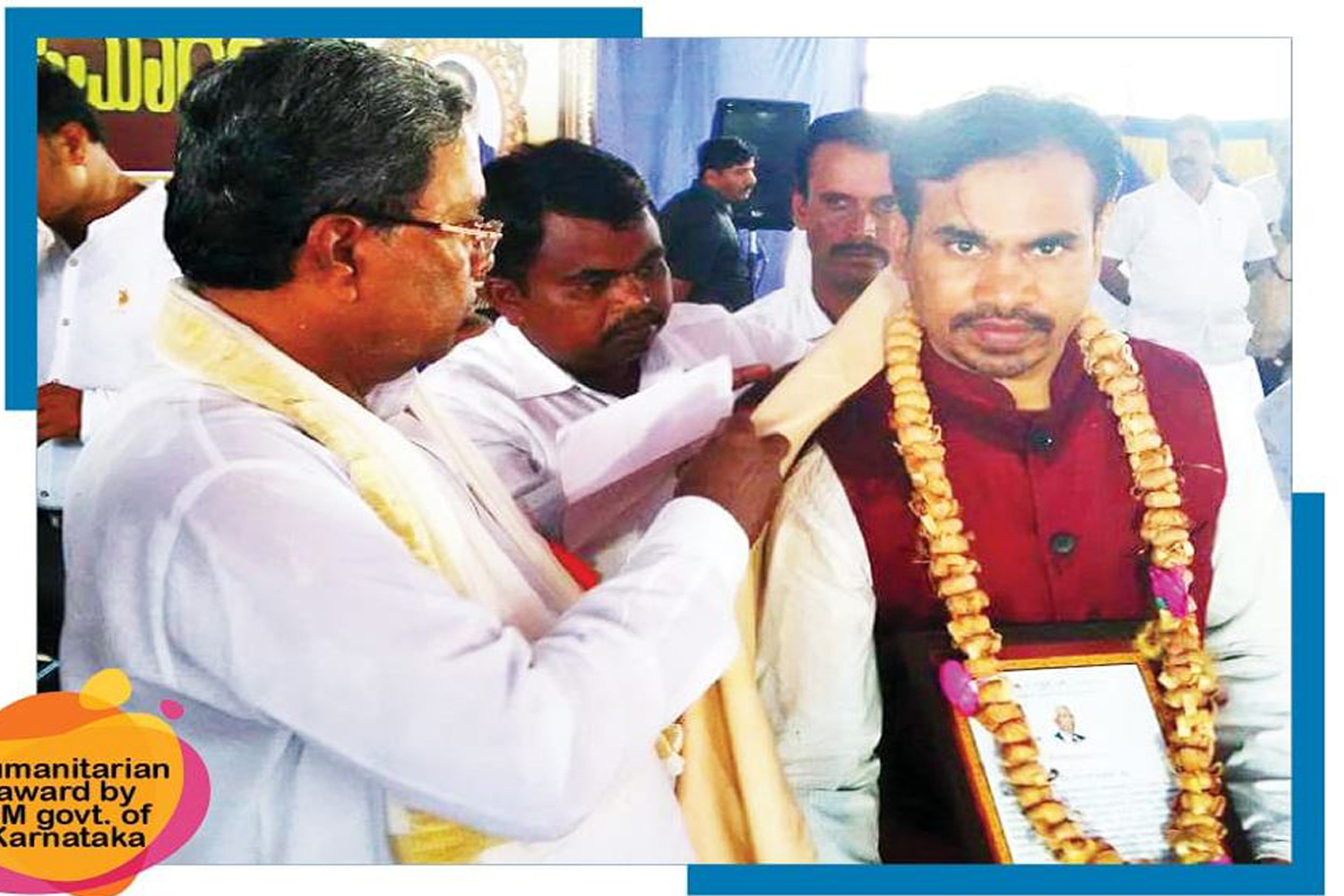