An ordinary Delhi Boy with a dream, technological mindset, and persistence, co-founded the most prestigious AI and Machine Learning firm that is revolutionizing the future.

An early life with an enigmatic dream

Born and brought up in Delhi, Tushar did his early schooling at the Delhi Public School. From an early age, he started being a part of the debate clubs. He was keenly interested in it. He also followed and loved playing Tennis. After standard 10th, he opted for science. Immediately after schooling, he started his journey to become an engineer. He had mastered the art of debating and communications by the time he graduated. During his time in college, he had structured up a team for one of India’s most early drones, titled Assailing Falcons. He also managed corporate relations and supported the group for all the necessary funds. Soon after that, he started working with Google’s Billion User Project. The project aimed at revolutionizing the enrollment of active Internet users. At the same time, he happened to be associated with a political campaign. He worked for political campaigns in South Bangalore and also in some of the most rural places in Maharashtra. Because he belonged from a well-to-do family, he was astonished to witness the atrocities faced by different sections of society.

Given his experience with technology and politics, he soon founded a strategic solutions firm called Chanakya Neeti. It aimed to bridge the gap between conventional politics with analytics and technology. During that phase, he came across a news article regarding India investing heavily in its border security. The spending was mainly on the physical infrastructure and soldiers that physically guarded the toughest areas of the border. Tushar saw and felt a huge gap in technological advancement here. He always believed that humans were meant to do much more than just supervising tasks that could be easily done by machines. Chanakya Neeti was soon taken over by another firm owing to its tremendous success, and Tushar headed in the direction of setting up his present venture CRONAI

Turning an impossible dream into a reality

Tushar, along with childhood friend Saurav Agarwala, co-founded CRONAI. The thought process was to replace the direct supervision of humans for mundane tasks. Helping machines get vision and reflexes that are better or as good as the human was the purpose.They initiated their journey to fulfill this vision through AI and Machine Learning. The biggest miracles for them were the ways in which edge computing changed and the evolution of sensors and AI modeling. Everything changed for the better in a manner that they had so much data that could be used to program machines to act on behalf of humans. with different kinds of 3D sensors, which generate potential data in the three-dimensional world. AI basically defines how their system works. AI is using multiple data sources to learn from unknown environments and offer solutions. It can predict what can happen next and offer long term solutions. Hence, their entire platform is 3D perception data AI perception platform. They provide end computing hardware and software, which is used in perimeter security, airport security, mobility, smart infrastructure & highway, etc. It can process enormous raw data that it receives from various sources and convert it into perception software on an edge computing hardware that they offer. This hardware can keep evolving itself. Interestingly, at any given moment, it is reconfiguring itself to offer a perfect output.
They have offered their service to the Indian Army at the line of control. Despite challenges in remote areas, snowfalls, enigmatic locations, and other severe situations, they ensured that they could help them out.

Revolutionizing the future with AI and Machine Learning

All the data processed by the product of CronAI is not stored on any cloud, but it is processed at its respective installation space. Hence, all kinds of security breaches from a third-party are out of the equation. They are now in the process of launching an early access program for their product Sense Edge. Now being an international firm, they are on the verge of collaborating customized algorithms required by their clients with their edge computing platform. This will contribute to coming up with a customized solution that will be perfect to resolve all client issues. There are only a few large players across the world who are offering products and services in the AI and Machine Learning domain. CronAI is the only organization in the world that is actually building a platform for edge computing and 3D data processing. The rest of the companies are utilizing the existing resources and trying to fit them into different service areas.

Dreams are hard to achieve but not impossible

Autonomous commercial EV vehicles, Intelligent Transport Systems, security, and smart spaces are the industries that CronAI is targeting to expand their business in the upcoming days. They have set up an office at Derby, England, which is managed by their Chief Strategy Officer, Neil Huntingdon. The long term vision for them is to become a global player offering diverse solutions when it comes to perception and edge computing for any sector. They intend to become the heart of the autonomous future that lies ahead. Due to the COVID-19 pandemic, their research and development have been affected. But, the firm is toiling day and night to ensure that no further delays are caused for their planned operations. Tushar is a recipient of the Business World 40 under 40 awards. He feels that this award is a validation of his efforts and hard work. But, irrespective of all the recognitions and awards, his journey would have remained the same. The real meaning of success for Tushar is when clients can have complete reliability, faith, and trust in the products/services that one offers. He credits his cofounder Saurav for remaining by his side and the mentoring that they have received from YourNest over the years for his success. Tushar also credits this success to Shankar Maruvada and Dr. Vivek Mansingh, who are his mentors. 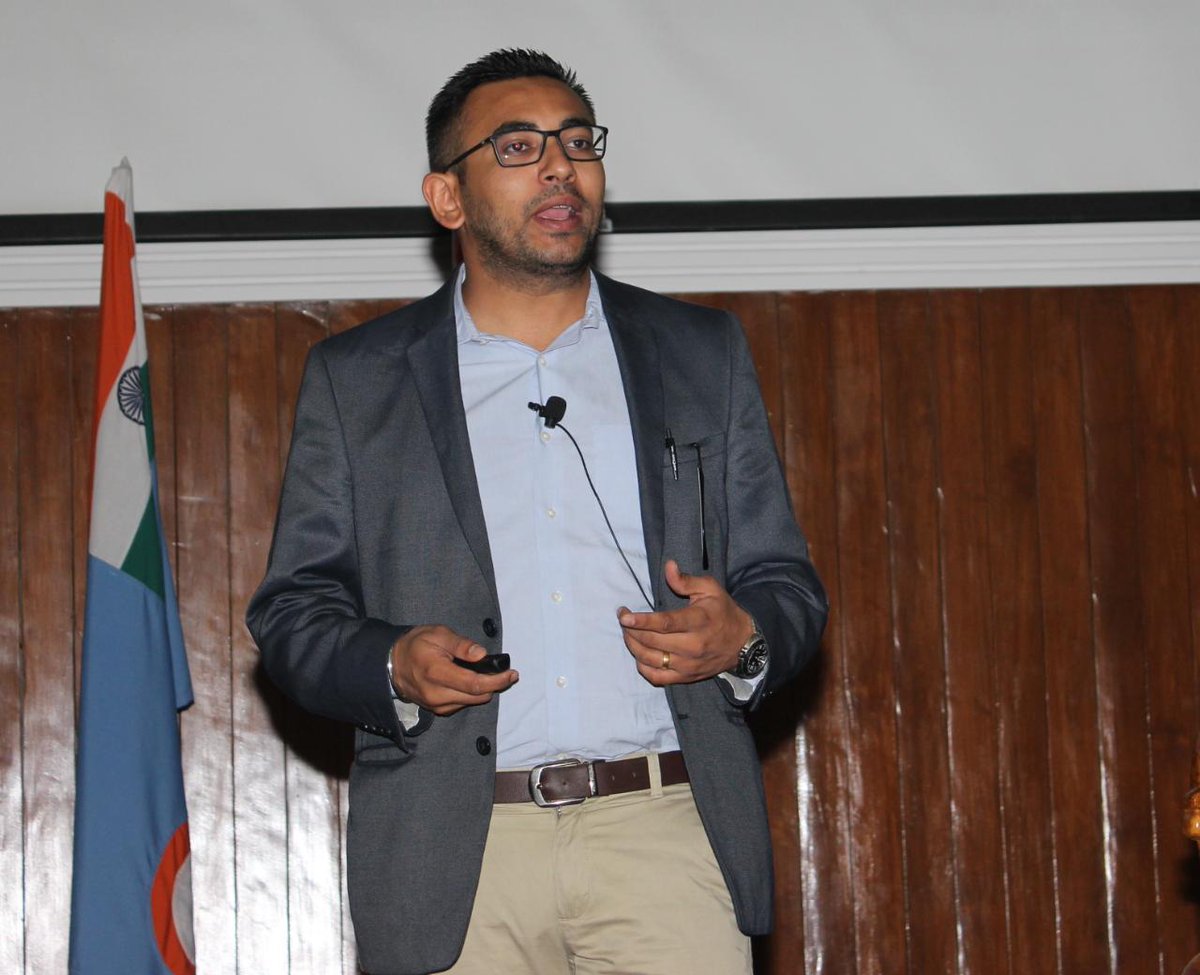 Persistence is the only shortcut to success

You and everyone else will learn your true potential only when you start doing it. If you have an interesting startup that can raise funds and survive for the next five years, then there is no easy way to start it. Start doing it as there is no need for everything to be figured out on day zero. The biggest challenge in the Indian ecosystem will be in raising capital. For technologies to build and develop, you will have to report months-on-months growth. The first priority should be to find the right partners and then look for small capital investments that can help you grow.
Don’t try to convince everybody of what you are doing. The only shortcut to success is persistence.If you start looking for perfection on day zero, then it will be tough to survive. Building technologies is an amalgamation of ground research, client requirements, perseverance, and evolution. 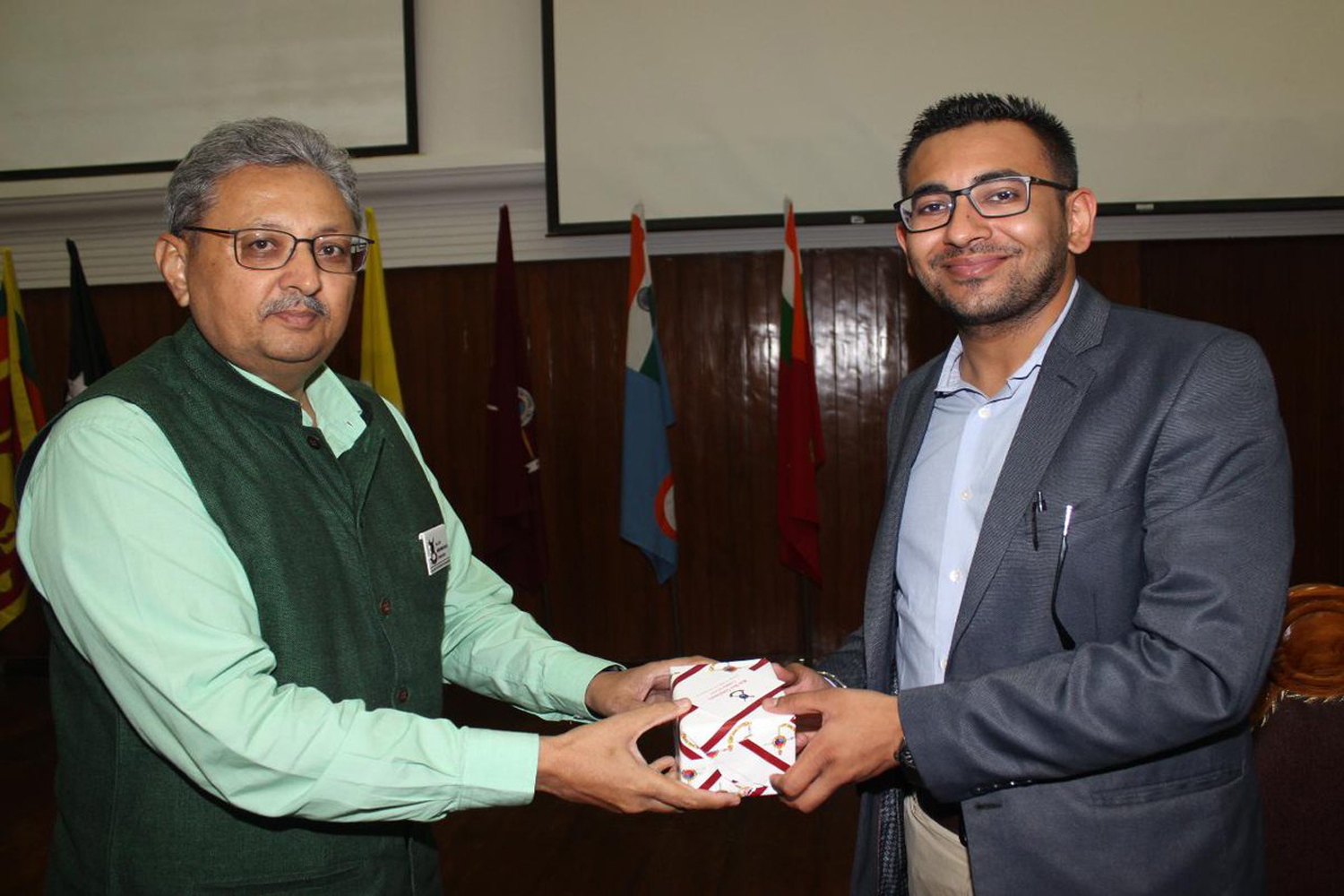 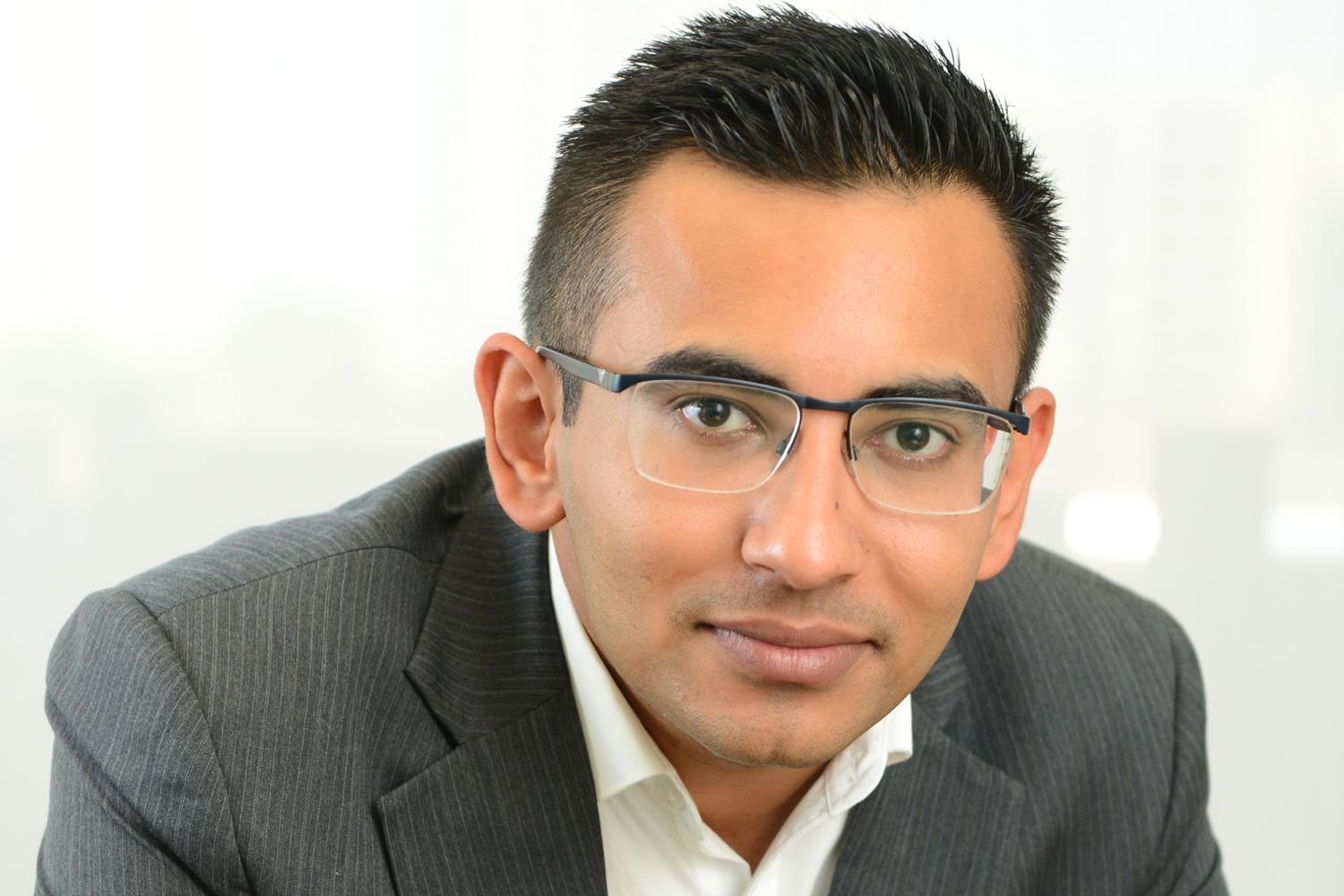 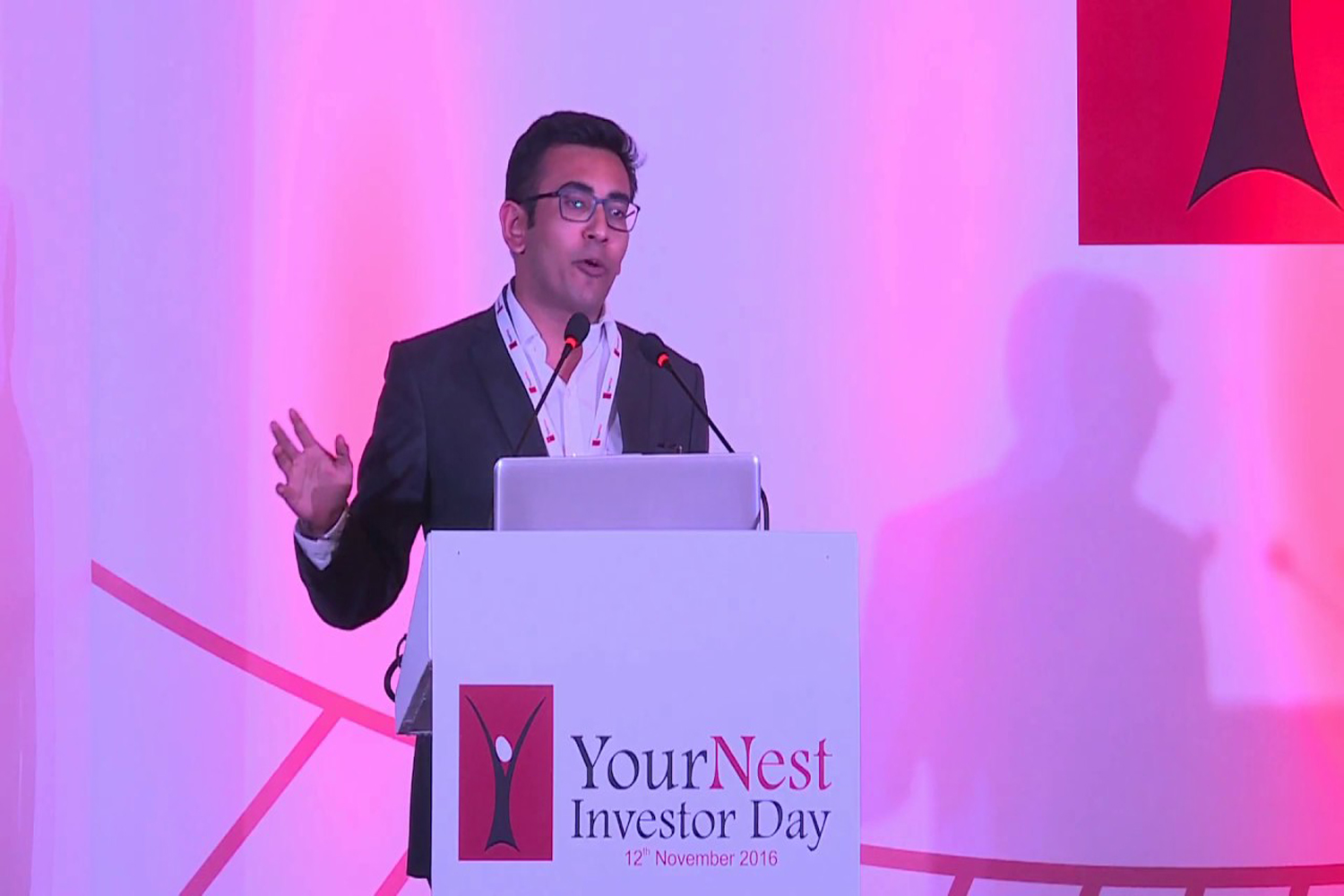 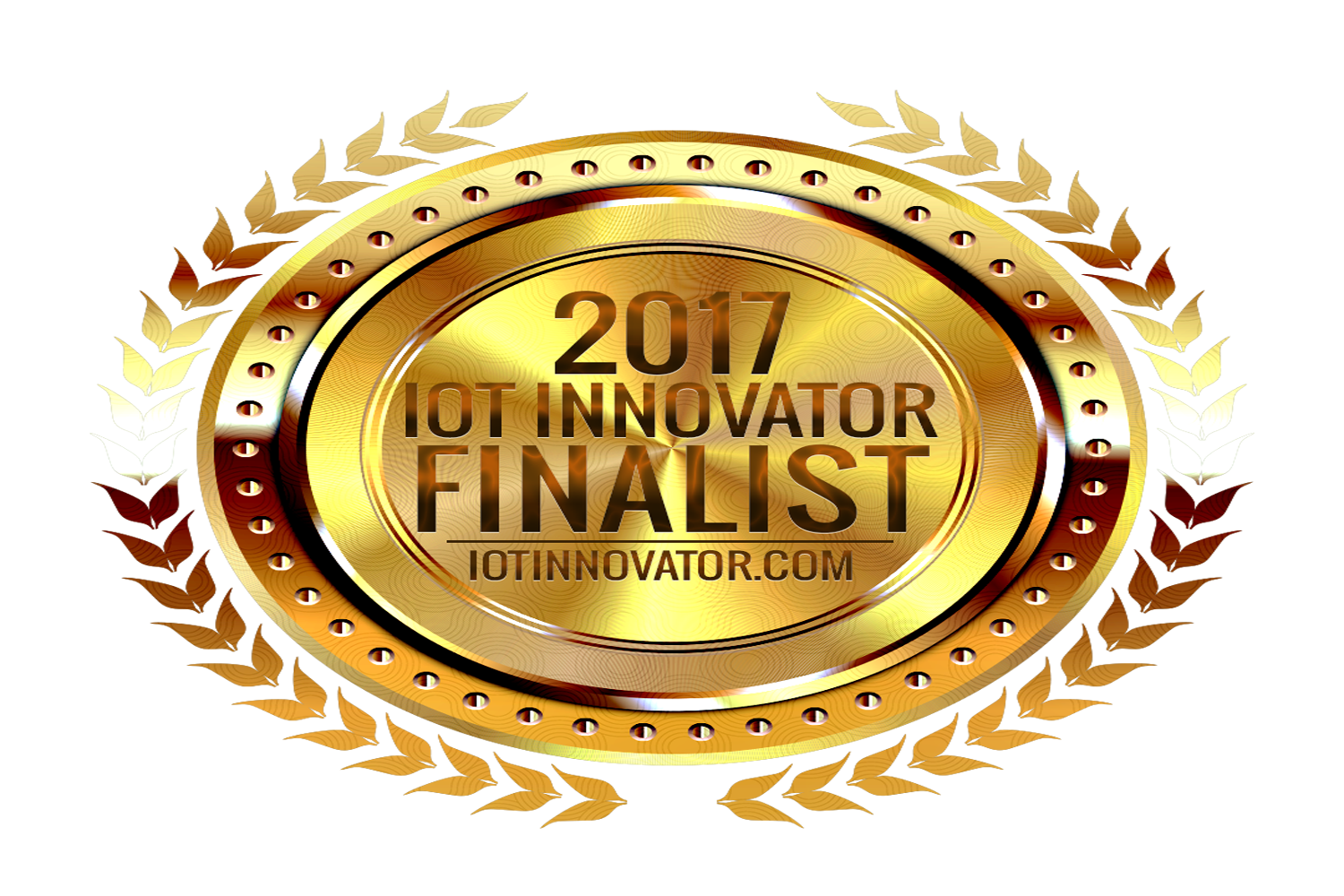