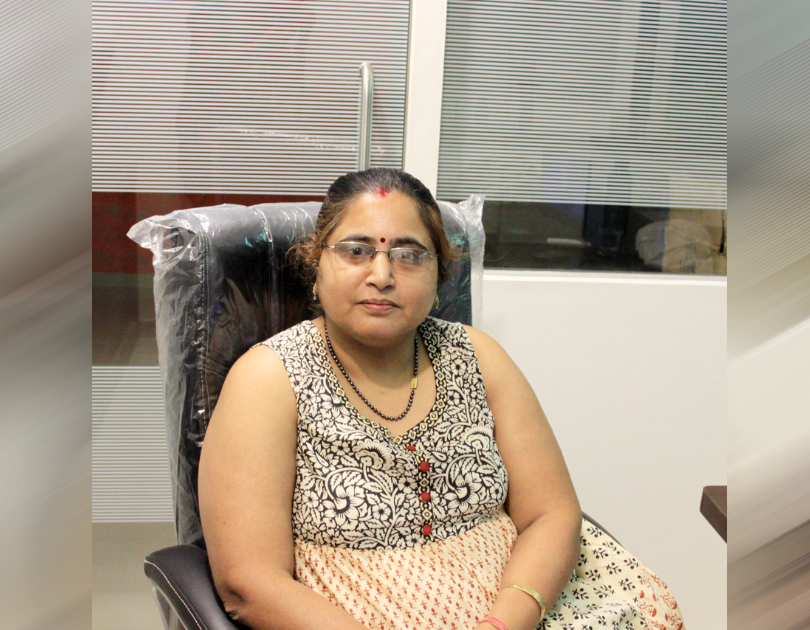 An astounding life tale of a scientist turned entrepreneur striving to invent sustainable solutions for a better tomorrow.

A curiosity filled transformation quest from a mediocre to scholar

Vanita was born in a Punjabi family in Delhi. She was a curious but mediocre child during the early days of her education. She questioned so many things during her childhood. Her father guided Vanita that science was the key to answering all questions. After that, Vanita focused entirely on studies and started searching for answers. With her quest of knowledge and the will to do something for her surroundings she completed her Ph.D. in Biotechnology.

Chasing the mirage of life-goals

Vanita soon got married and moved to Vadodara. She started as a lecturer in college at Vallabh Vidyanagar, but it could not provide her the satisfaction that she desired. Soon she came across an opening in Paramount Limited for R&D. She cracked the interview and got the job. She knew about solid waste management in India, but it was only after she joined Paramount, she learned about wastewater management. She learned about bioremediation, RO, Ultrafiltration, and many other concepts in detail in her new role, along with the limitations in this field. Vanita conducted experiments, company projects, designing, and processing, of most of the wastewater treatments. Such activities somehow aligned with her immediate career goals, but unfortunately, she met with an accident during this phase and injured her spine.

Vanita was quickly recovering but not at the pace that would allow her to work in the laboratory. She managed to work for a few months from home but could not continue longer. Vanita realized she was not doing justice to her role, and it would be better if she resigned. Vanita’s husband was promoted and had an opportunity to migrate to Singapore for work. She did not want to stay back at Vadodara alone without the family. Hence, she also joined him. This was a time when she could not work full-time. But she took up this time to study everything she could about wastewater management. She actively involved herself with everything, including conferences in and around Singapore. After migrating to Singapore, she dedicated her time to kids and in the enhancement of her knowledge. Vanita’s son became an admirer of her work at a young age and adamantly motivated her to restart work. Her husband had been a constant support for her, and they soon decided on moving back to Vadodara.

Diving into the ocean of possibilities

Vanita soon started looking for a way to kick start her career. She was looking for incubators but realized it was difficult to spot one given her interests and research area. She travelled to Ahmedabad for a one of its kind conference regarding the same and managed to find an incubator. The Gujarat State Biotechnology Mission established the Salvi Technology & Business incubator during that time. Vanita was the first incubate there, but as the incubation program was in the establishment stage, the release of funds from the flagship program of BIRAC took some extra time. As soon as she started she had a deadline of eighteen months to complete her project. To everyone’s surprise she successfully completed her project in the given deadline.

Everything happening in life was turning out to be big compared to what Vanita had expected. She started facing criticism about her actions and work-life not only from known people but also from a few family members. Sometimes her own thoughts made her feel demotivated as she felt that unknowingly she might be putting her children’s education and future at stake. She was told that because she is a woman, she would not be able to do it. This created self-doubt in Vanita. Generating funds and then creating a survivable revenue model out of it was also a challenge. Despite all this, her children, husband, and few well-wishers always kept her back. Vanita was confident about her vision, which made her overcome all such thoughts and criticism. Her work and achievements were the answer to every roadblock she faced. Creating a team, building up resources, and finding the right minded-people is a kind of challenge they face even today. But still, just like everything else, they are tackling it slowly and steadily.

Her startup got selected for the Vibrant Gujarat Summit. In NSIT, she was selected and acknowledged for her efforts. Basically, the entire surrounding was in line with what she was trying to do. It was during this phase that she met an angel investor, Mr. Bhavik Kathrani. After a thorough discussion with Vanita, Mr. Bhavikwas convinced of her idea and vision. This was turning out to be a crucial phase for Vanita’s life because maintaining a company was not Vanita’s niche. In this situation, her husband, Rajneesh, came to her rescue. He resigned from the job and joined her startup full-time. Given his experience in international business, strategic planning, and project management, Mr. Rajneesh Prasad was the perfect match that Vanita’s startup demanded. The area of expertise of their startup has been to transform wastewater into resources. Through Anaerobic Digestion (AD) process, they convert waste into a resource. Additionally, nutrient recovery occurs, and biogas is also produced, which can be used as fuel. The core innovation was to bring, manage, and handle the bacteria together by maintaining a proper balance. They formed a condition where 650 microbes came together, which enabled the water to be treated at a higher rate. Vanita’s work soon gained limelight at the national and international level. She was given a chance to scale up her project from the laboratory to the next phase.

Little by little, a little becomes a lot!

In 2017 they formed the company REVY Environmental Solutions www.revy.co.in
Today, they are supplying their cultures to multiple biogas plants, potato processing, manufacturing companies, and other industries. They are working with various corporations in India to tackle this issue. They offer products that reduce operational costs by 80%. The low-cost solutions offered by their firm indirectly contribute to the generation of electricity by using biogas as fuel. They also carry out treatability studies across a wide range of industries like fertilizer, pharmaceuticals, petrochemicals, etc. Her technology was awarded in the Indo-Israel Innovation Challenge. She is the recipient of the Iconic Women Creating a Better World Award. Her idea was listed on the Smart Fifty Ideas that can transform India. She is also the winner of the challenge Integrate to Innovate by Startup India. Her company has undertaken some major projects with industry giants like PepsiCo.

Words of wisdom to carve out your way

Vanita’s heartfelt advice to all the girls and women is to keep working on your skillset irrespective of any responsibilities that you have. As a girl, you have to keep your dreams going about what you really intend to achieve. You will be a daughter, sister, mother, and a woman with many responsibilities. But still, polishing your skillset in the direction of your dreams will carve out success for you. Vanita believes that one will always get a chance if they really want to do something. Apart from managing your skills, you will have to work out to find the resources. Once you are on the way, there will be multiple individuals who will mentor you and help you out. Don’t rely on anyone, be dynamic, and act to achieve your goals. Sustainability is the key to success. The worst-case scenario for water can reach various metropolitan cities of India in the upcoming years. We will have metros, advanced technology, supercomputers, but no water. Therefore, it is necessary to work and find feasible solutions to preserve sustainable resources. If you want to secure a career in sustainability, then the principle research in science and technology needs to be in line with the needs of society. When you are aware and vigilant about it from a young age and have that quest in you to resolve such issues, then you can make a career in sustainability. Do not copy or replicate from solutions of other nations. All the resources that you need are available right here in our country. Improvise yourself; keep honing your knowledge and skills. If you fulfill your goals and feel satisfied at the end of the day, then you are successful.
“Spread your wings and fly; the resources and opportunities are limitless.” 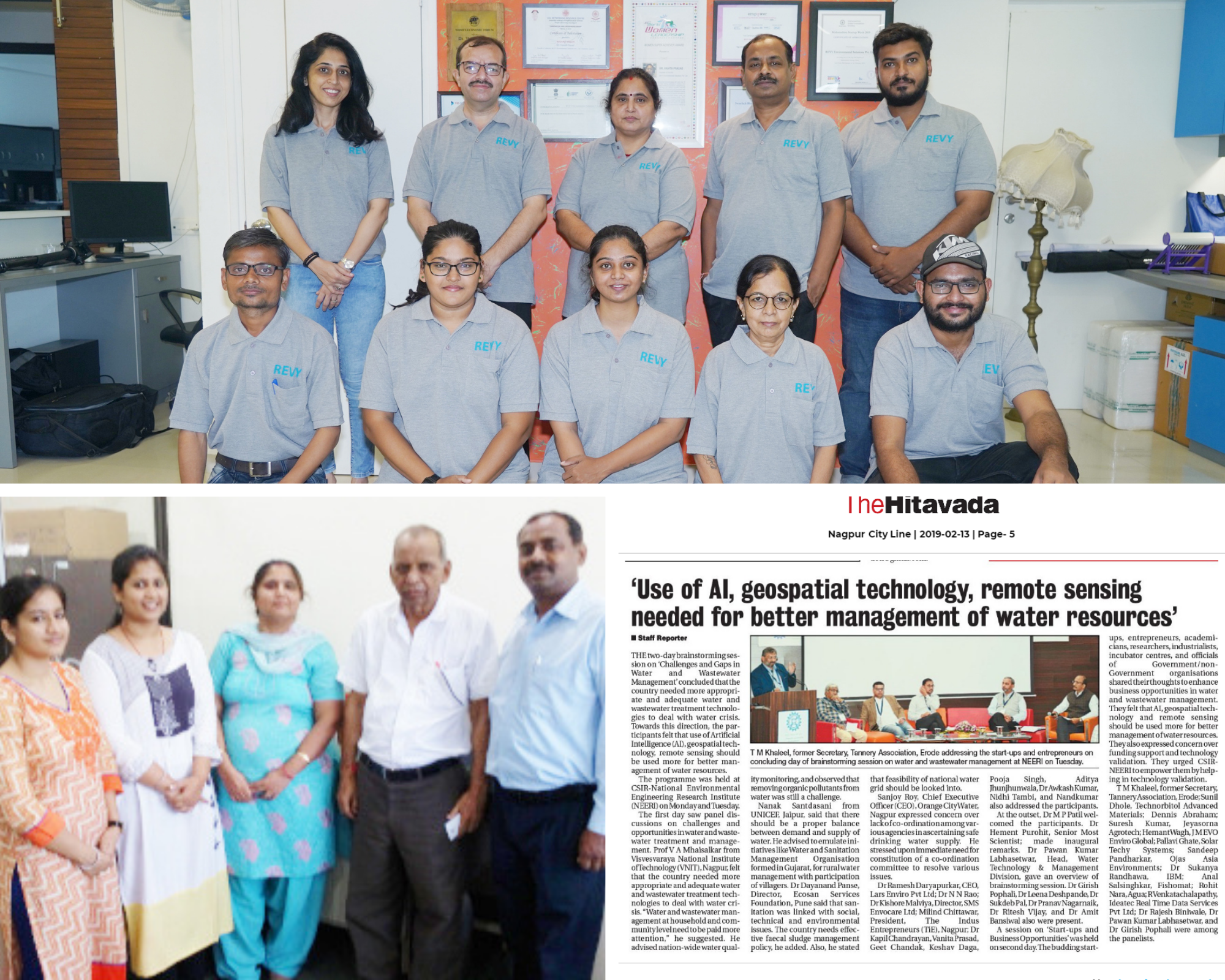 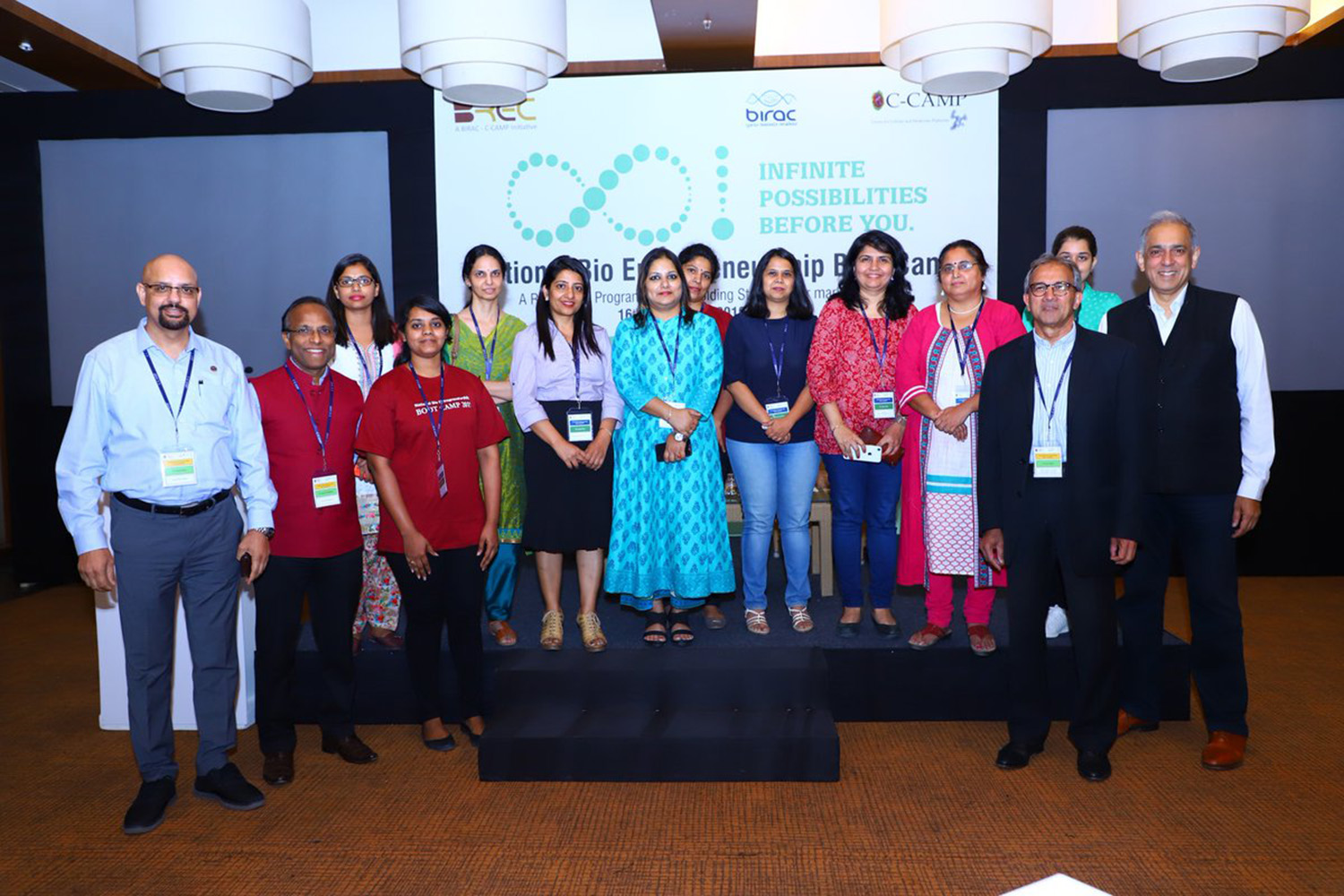 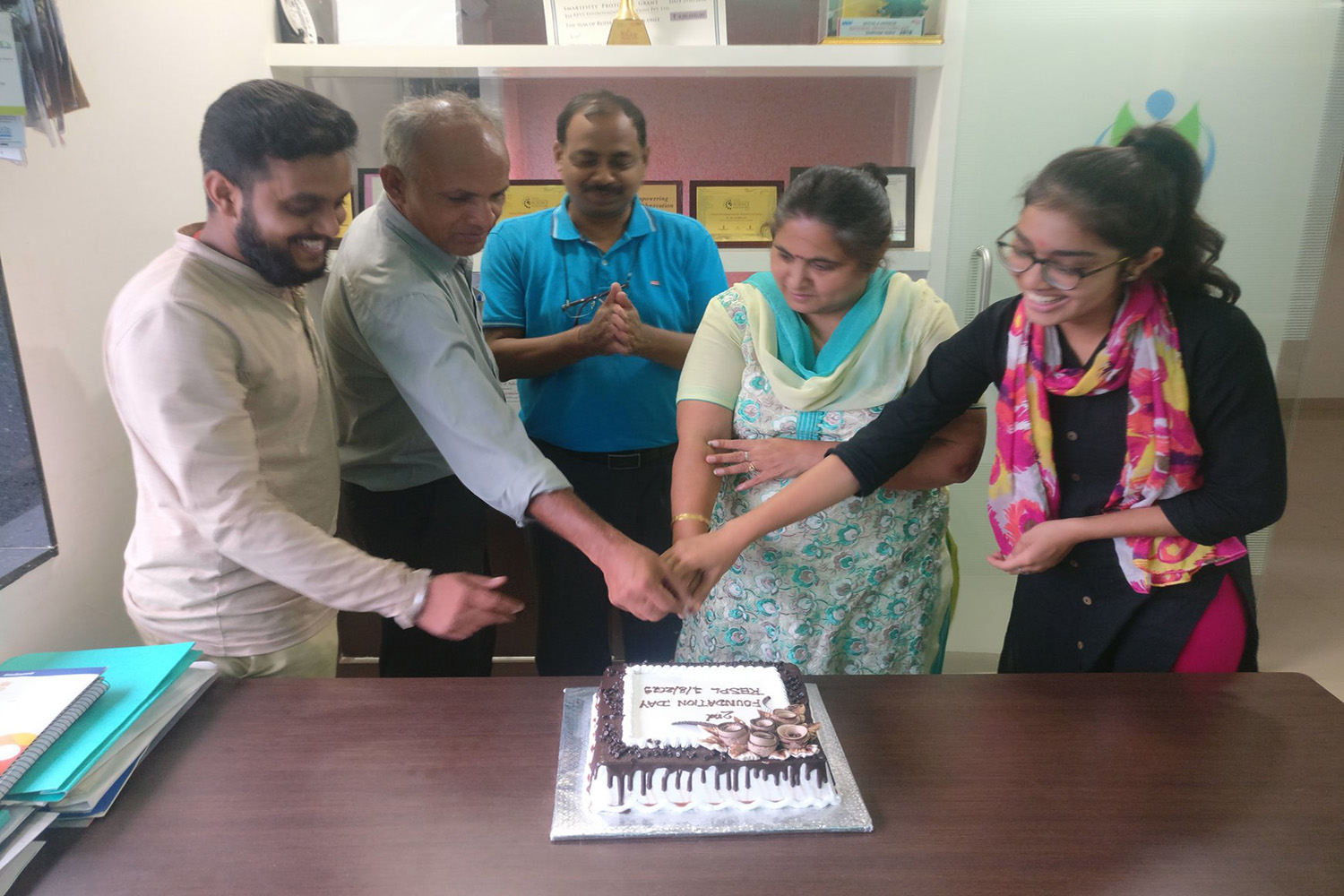 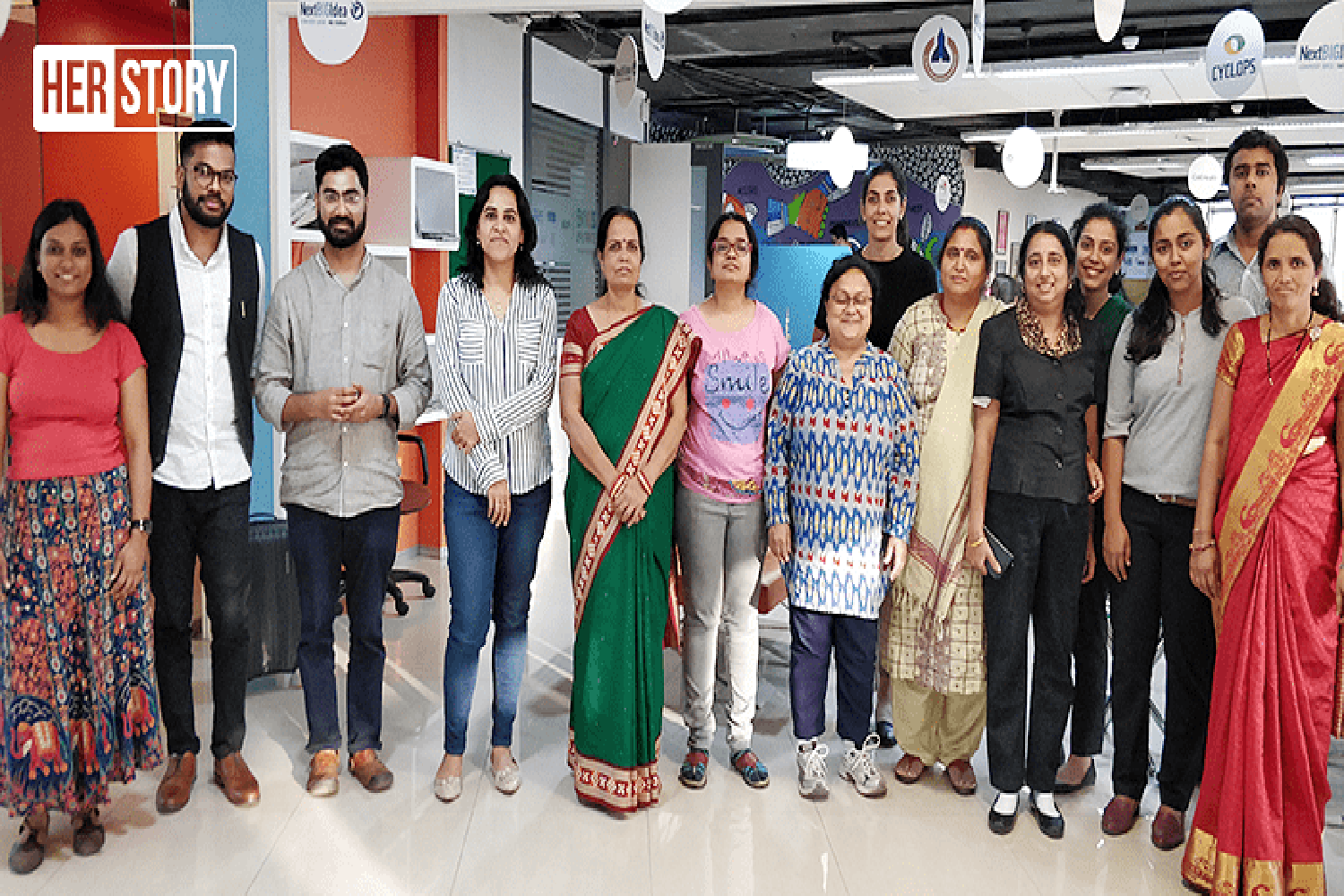 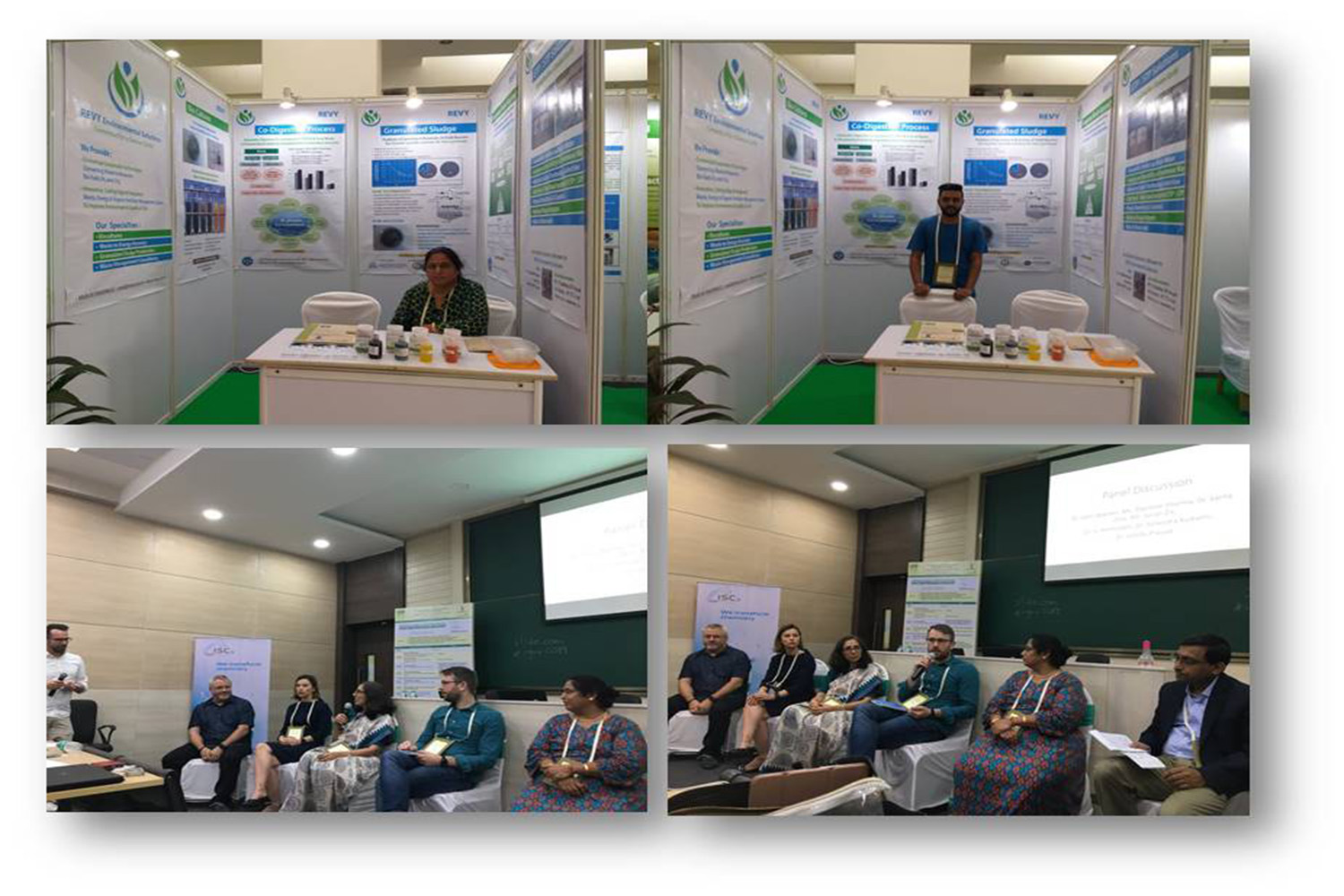